Its price fell short of the expected $2 million to $3 million. 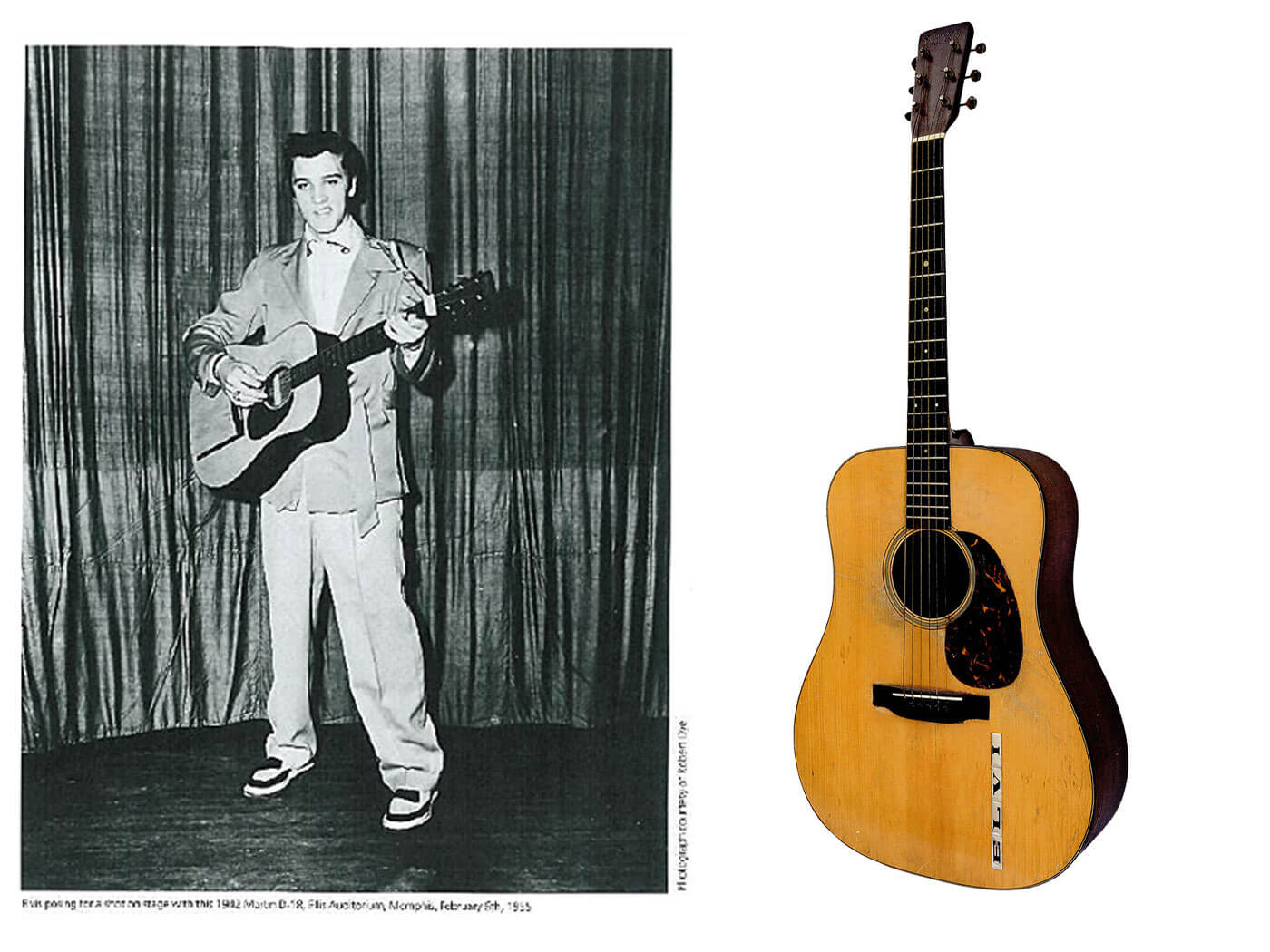 Image: Gotta Have Rock and Roll

According to auction house Gotta Have Rock And Roll, the price set a new record for a piece of Elvis memorabilia. The guitar’s starting bid was $1.2 million, but the final price fell short of the $2 million to $3 million the auction house estimated it would sell for.

The identity of the buyer — who was, reportedly, the only person to bid on the guitar — has not been disclosed.

Elvis owned and played the guitar between 1954 and 1956, and it appears in many photos of him from that era. It earned its Sun Sessions moniker from Elvis’ use of it while recording at Sun Studios, Memphis, Tennessee. During this period Elvis would record some of his most memorable songs, including That’s All Right (Mama), Blue Moon of Kentucky and Good Rockin’ Tonight. The guitar is currently on display at the Cleveland, Ohio Rock & Roll Hall of Fame.

The acoustic itself features a reasonable amount of wear around the soundhole, and across the body in general. Metal “E,” “L,” “V” and “I” stickers are also present, with the “S” missing.

The guitar was also bundled with extensive documents of provenance, including but not limited to a photocopy of the receipt from its purchase in 1956, a photocopy of the affidavit from the guitar’s owner between 1956 and 1991 and a number of photographs of Elvis playing the guitar.

Find out more about the guitar at gottahaverockandroll.com.