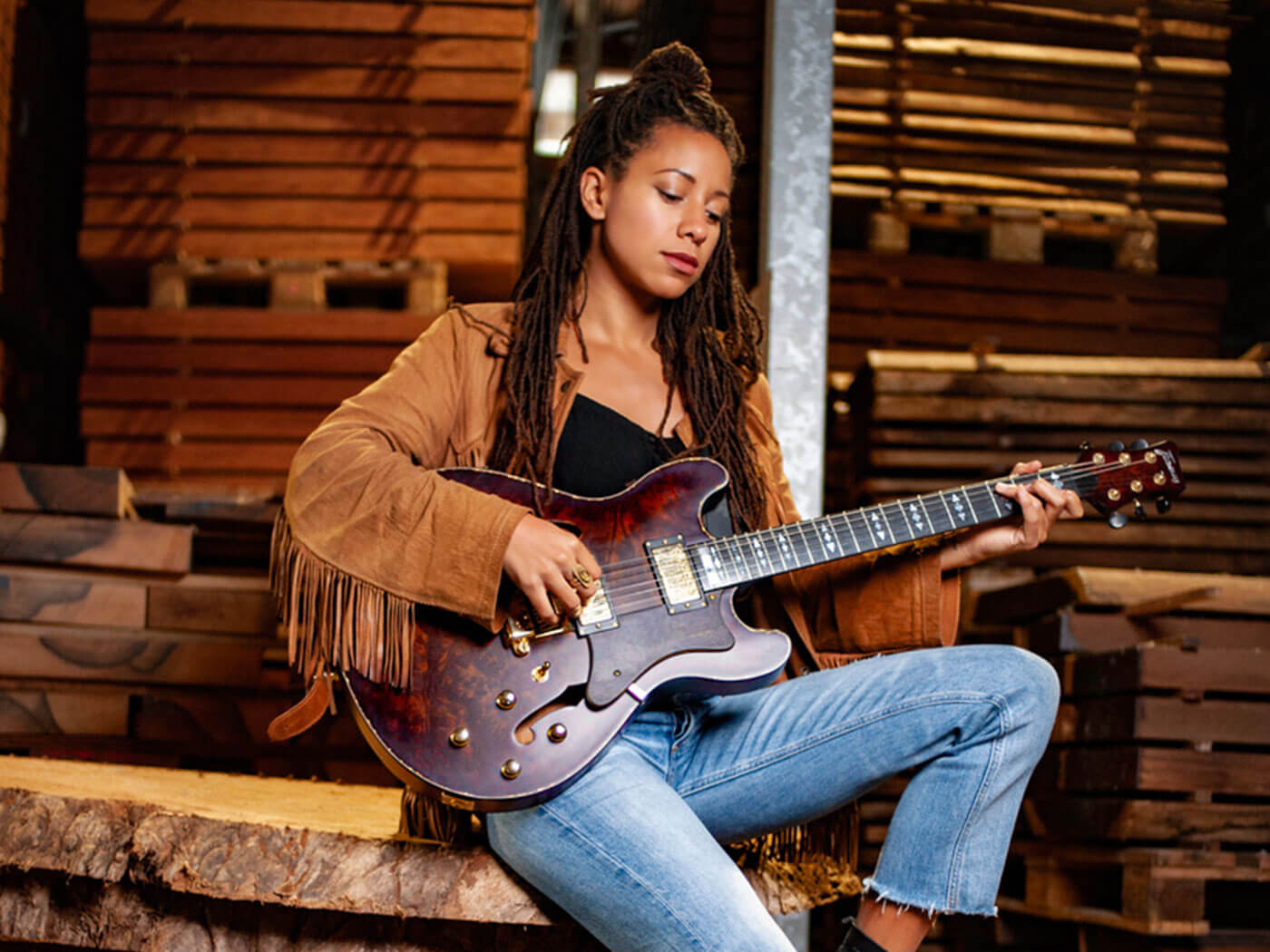 Framus has debuted its latest artist session, featuring guitarist and singer Ché Aimee Dorval performing her song Underachiever, filmed at the Framus headquarters in Germany. Take a look below:

In the video, Dorval plays her custom Framus Mayfield – nicknamed Rufus in honour of her dog. The session was recorded in September 2019, and is the first of four videos recorded during Dorval’s visit to the headquarters. The other three are yet to be released.

During her visit, Ché also met Framus and Warwick’s head of research and development, Marcus Spangler, to kick-start planning for her future custom Framus guitar model.

Ché’s also known as one half of the duo Casualties of Cool, alongside prog-metal musician Devin Townsend. She also featured on his latest studio album, Empath.

Dorval is currently crowdfunding for a Quarantine-recorded EP, entitled Sad Songs For Quarantined Lovers – writing on the campaign page, she explained her decision to do so: “Covid-19 has struck mine (and everyone else’s) industry hard. Sure, most of my avenues of income have dried up, be it music or acting, but I suspect many of yours have too. So instead of asking for a handout, I’d like to create something that might make this weird as fuck time a little bearable for around 30 min and if you’re able to help fund it then that would be lovely, so lovely.”