Matty Healy on the future of The 1975: “Everyone wants us to become a huge rock band, we want to become a small emo band” 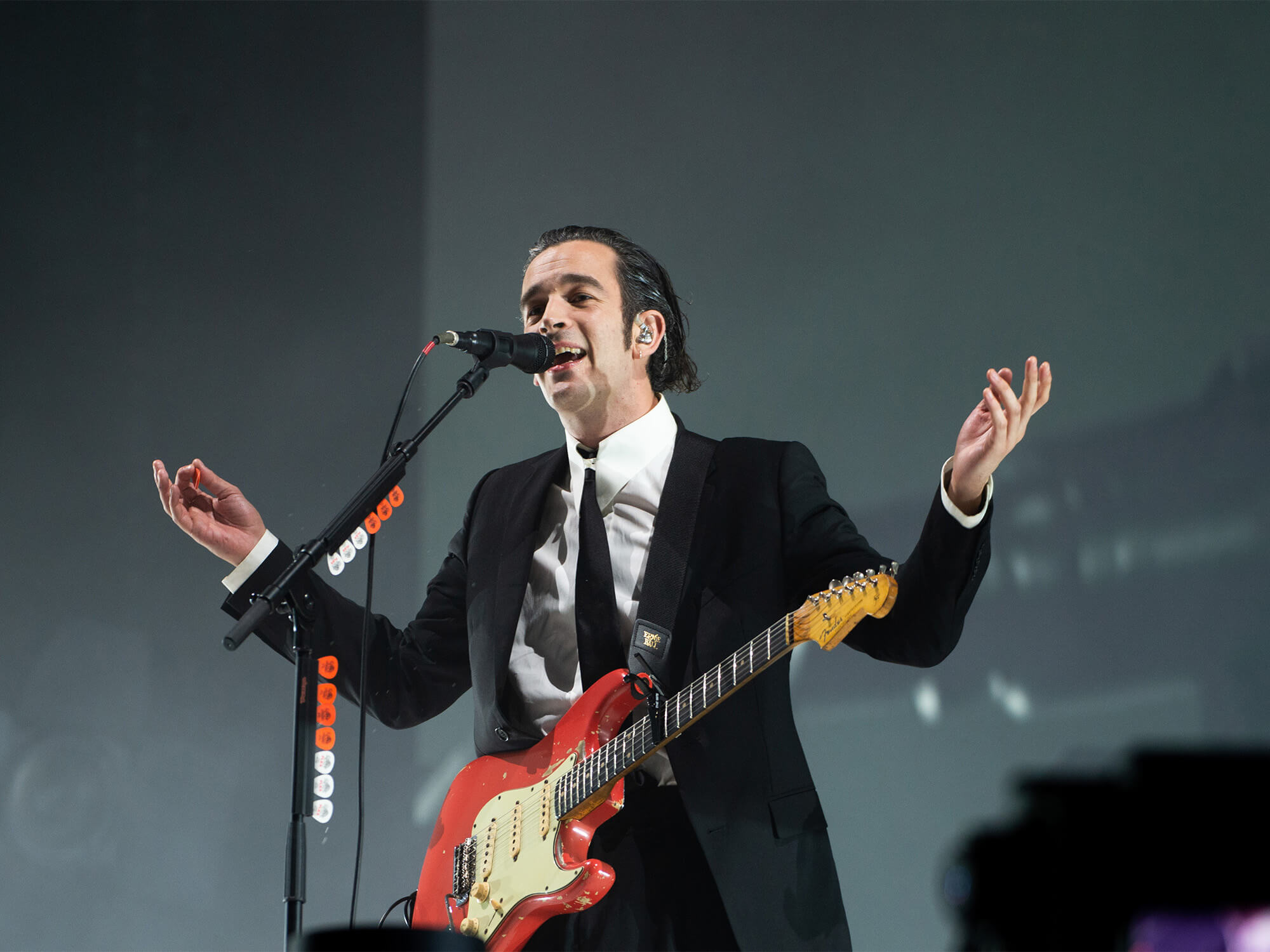 Matty Healy of indie-pop band The 1975 has spoken out on his outlook on the band’s success and how he definitely doesn’t want to be as big as the Foo Fighters.

The 1975 are arguably one of the biggest bands of the indie-sphere in the UK – their 2013 self-titled album saw them soar to success and since then the quartet have landed a headline spot at Reading And Leeds Festival, racked up over 12 million monthly listeners on Spotify alone, and are soon set to release their fifth album, Being Funny In A Foreign Language later this year.

In an interview with Music Week, Healy reflected on the band’s success, admitting they don’t focus on producing a hit, “If I started caring about that now it would fucking stink,” he said. “I said this ages ago, everyone wants us to become a huge rock band and we want to become a small emo band.

“If we become Burial, I’m way happier with that than [becoming as big as] fucking Foo Fighters, do you know what I mean? I love the Foo Fighters, but I couldn’t do that,” he concluded.

Their discography often ties together dark lyrics and motifs with pop-ier and chirpy soundscapes, “It’s funny, there’s something about me that is very poppy and the stuff that comes out is poppy, but the references never are,” he said.

Later in the interview, Healy admitted that he felt The 1975 had “been offered all the wrong things for the right money”, and noted that they’re “not commercially minded”.

Being Funny In A Foreign Language will be released on 14 October, the band worked with respected producer Jack Antonoff for the record who’s known for his work with the likes of Lana Del Rey, Taylor Swift, St. Vincent and many more.