The news comes as the band celebrates their 50th anniversary this year. 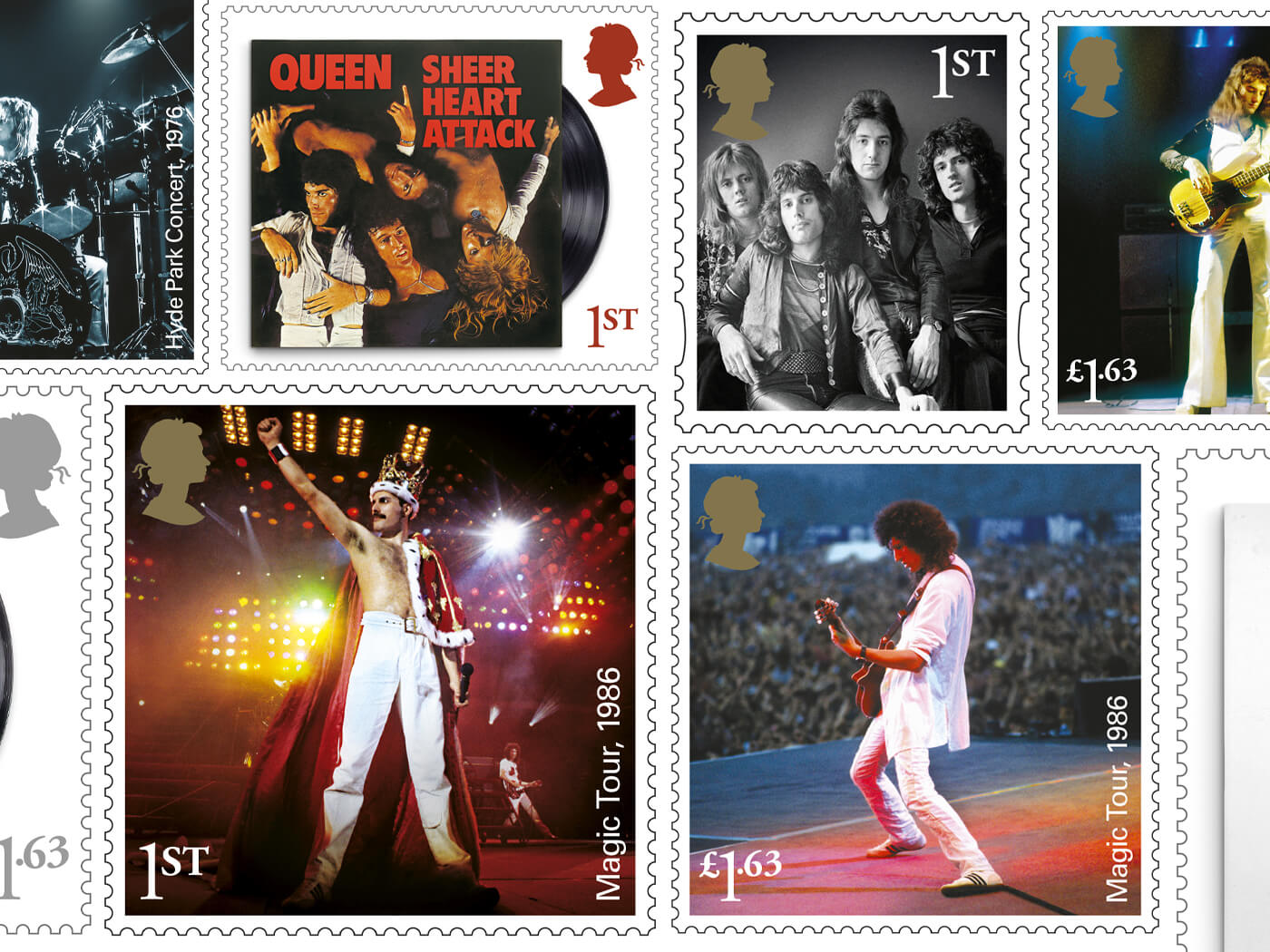 Queen are set to receive their very own official UK postage stamps, released by the Royal Mail in honour of the band’s 50th anniversary. The series’ 13 designs will feature eight album covers, four live concert shots and a classic group picture from the band’s first ever photoshoot in 1974.

As for the live concert stamps, celebrating the band’s renowned live era, stamps will commemorate the band’s 1986 iconic concerts at Wembley Stadium and in Budapest, 1976 show in Hyde Park and 1976’s Hammersmith Odeon show.

In a statement, guitarist Brian May expressed his excitement at band’s new postal-themed honour.

“Sometimes it’s strange to wake up and realise the position in which [Queen] are now held – we have become a national institution!”, said May.

“It’s particularly poignant to look at this collection of images now – now that we are all in a world dominated by a coronavirus, in which none of this could have happened.”

“I just know that I feel an overwhelming desire to own one of these sets! Somehow it will be a way of persuading myself that it really DID all happen!”

Drummer Roger Taylor considered the stamps an “honour” to the band, commenting on the series: “We must be really part of the furniture now! Thanks Royal Mail for stamping on us!”

The stamps are now available for pre-order now through Royal Mail’s website in various collections. The Presentation Pack, which consists of the entire set of 13, is priced at £16.

Queen is now the third rock band to be commemorated in stamp-form, following Pink Floyd in 2016 and the Beatles in 2007.