“I listened to and made music where things generally happen gradually rather than suddenly.” 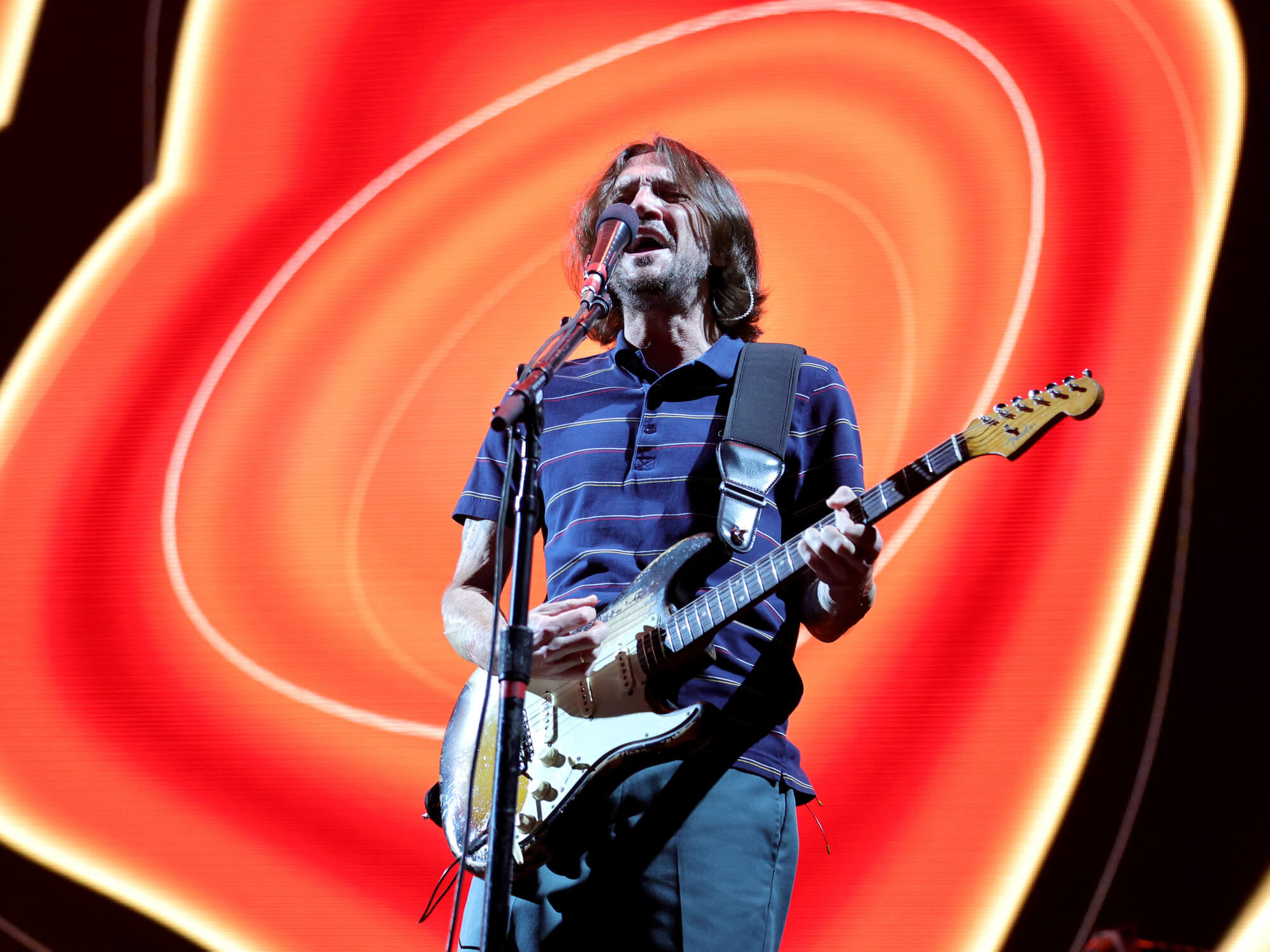 Two versions of the record will be released — with I (pronounced “one”) featuring seven tracks on vinyl, while II (pronounced “two”) includes more songs, in both CD and digital formats.

According to Frusciante, I features less songs as “some of the tracks have sounds that cannot be pressed on vinyl”, though it will come with a bonus track exclusive to the vinyl version.

Of the new project, the musician said, “After a year and a half writing and recording rock music, I needed to clear my head. I listened to and made music where things generally happen gradually rather than suddenly.”

“I would set up patches on a Monomachine or Analog Four and listen to them, hearing one sound morph into others, making changes to a patch only after having listened for quite a while, gradually adding elements, and finally manipulating the sounds on the fly. All tracks were recorded live to CD burner, with no overdubs, and executed on one or two machines.”

Frusciante also revealed that he was “inspired by my mental image of John Lennon’s tape and mellotron experiments he made at home during his time in the Beatles, as well as events like the first minute of Bowie’s Station To Station” and “the general idea of Eno’s initial concept of Ambient music.”

“Music being a solitary sculpture in sonic space was the main motivating thought,” he said. “I was looking at pictures of sculptures and trying to make music that simultaneously conveyed both movement and stillness. I refrained from sudden musical changes, especially avoiding sequences of notes and rhythms. In fact, this music was made from sequences which never exceed a single note, many of these pieces being made on a single pattern.”

“I’ve been listening to music like this since I was 13 or so, but I felt that making it was out of my reach because of the amount of restraint I imagined it required. Once I found myself making this music, it did not feel like a matter of restraint at all.”

Frusciante added, “I also cannot overstate the role that being in my band played. I had previously spent 12 years programming and engineering my own music, and then spent a year and a half making music where my role was basically to write songs and play guitar. When the band’s recording phase was completed, I needed to go back to my adopted language. I had done enough with chords, rhythms, notes, defined sections, sharp transitions, etc..”

“What I needed was to create music from the ground up with nothing but sound, and have that music reflect “being” rather than “doing”. It was a therapeutic way of re-balancing myself, before and during my band’s mixing process.”