Ted Nugent reflects on his admiration for Eddie Van Halen: “I was fascinated to see what this guy was doing with a handmade guitar, back in ‘77” 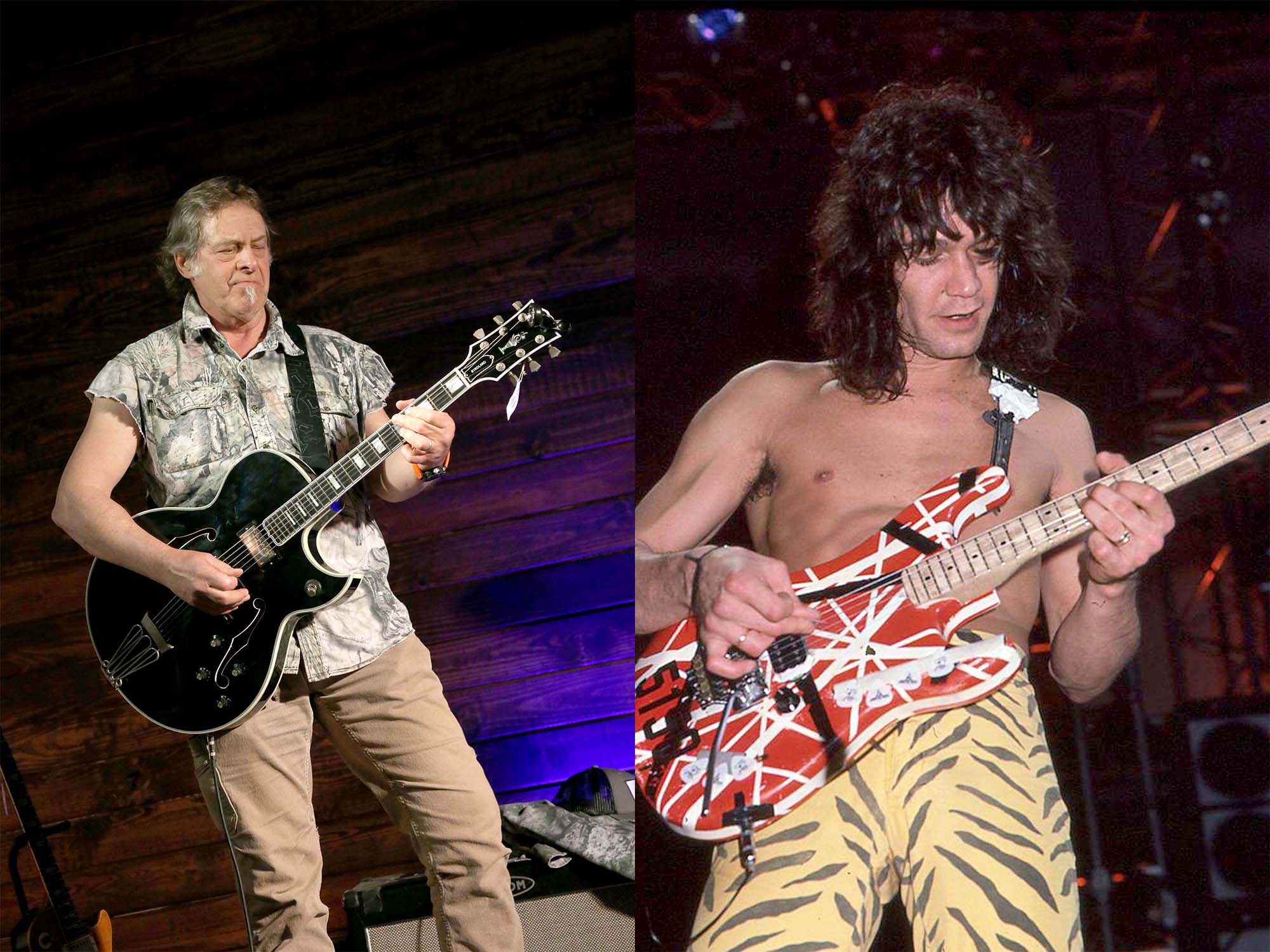 Ted Nugent has opened up on his admiration for guitarist Eddie Van Halen and shut down what he alleges were rumours that he was “jealous” of him.

Nugent released his new album Detroit Muscle back in April this year, with with his Stakes Are High live album dropping shortly after in July. The controversial rocker appeared on last Thursday’s (August 11) episode of Trunk Nation With Eddie Trunk where he looked back on his friendship with Eddie Van Halen.

Nugent was quick to shoot down what he branded a “made up dirty fucking lie on ‘The Howard Stern Show’” that allegedly claimed he was “jealous” of Van Halen, rectifying that the two were “dear friends.”

He reminisced on speaking to the guitarist for the first time whilst they were on the road together, stating, “On that stage, I was fascinated to see what this guy was doing with a handmade guitar, back in ’77, and I went up and I said, ‘Hi, Eddie. I’m Ted. What is this rig? It’s awesome.’ And he whipped out those unbelievable, unique licks of his. And he handed me his guitar.”

He continued, “When Eddie played my Birdland, and I was able to back it down a little bit so it wasn’t so out-of-control feedback, on my Gibson Birdland through my Fender amps, it sounded like Eddie fucking Van Halen, because he is it.”

“But my point is: Eddie Van Halen, we all worship the gift he gave us,” He concluded. “There was never a negative moment between Eddie and I. He and I got along just great. And we loved the same kind of music. And he had a miraculous touch on the guitar, and I had my own touch.”

Ted Nugent is touring now, you can get tickets here.