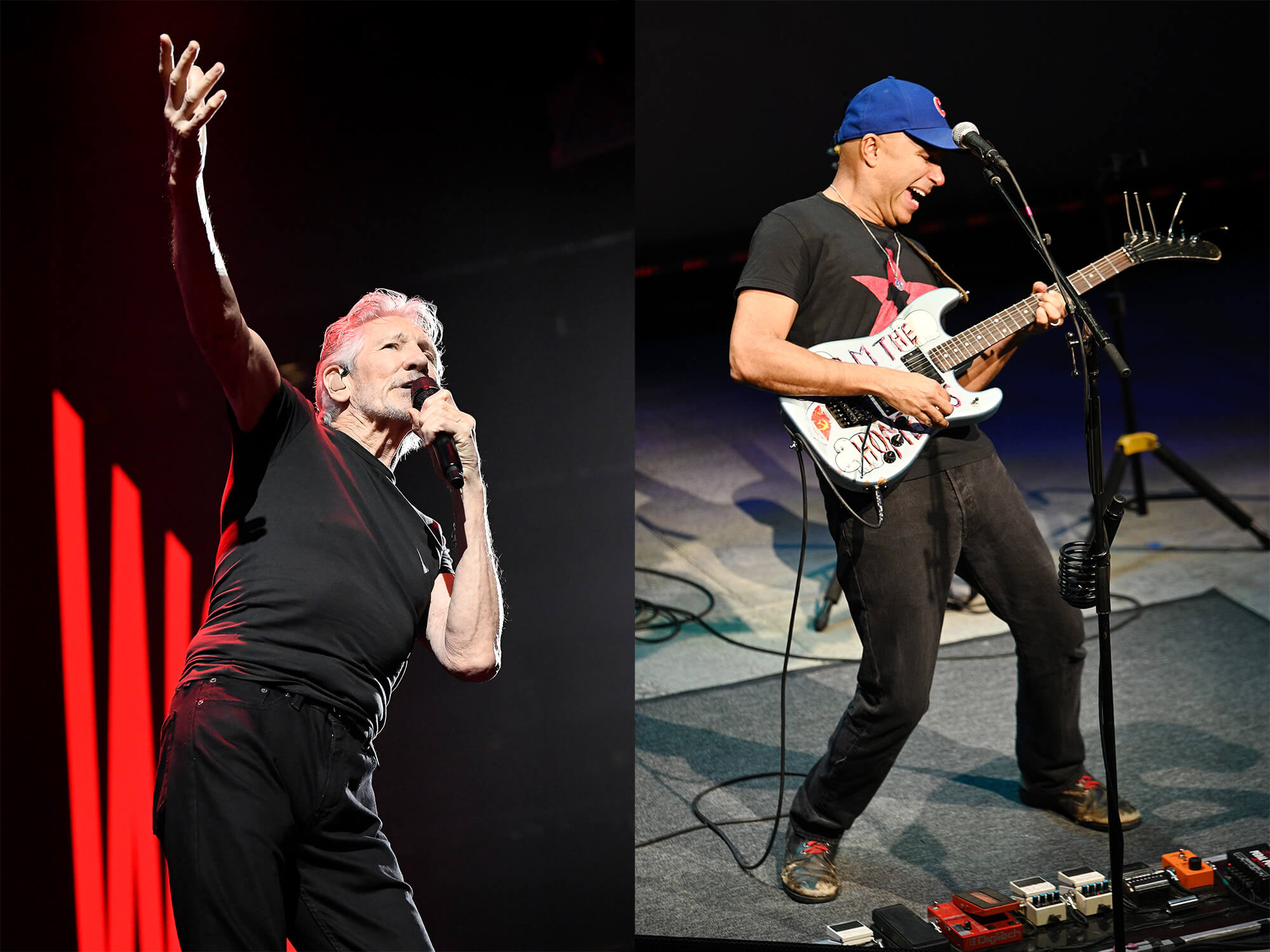 Tom Morello has praised Roger Waters for his “fearless and uncompromising” live show. The former Pink Floyd bassist is currently on his This Is Not A Drill tour.

Waters has received mixed opinions on the tour given its political messaging, the show is reported to start with a message that states “If you’re one of those ‘I love Pink Floyd, but I can’t stand Roger’s politics’ people, you might do well to fuck off to the bar right now. Thank you, and please enjoy the show.”

Various reviews of the tour have shared that the tour addresses sensitive topics such as war and the Black Lives Matter movement. Of course, Morello is all for tying the world of music and politics together, and the Rage Against The Machine guitarist took to Instagram to share his admiration for Waters’ political stances.

In the post, he shared photos from the show and wrote in the caption, “Stirring and stunning, uncompromising and fearless @rogerwaters show last night. Dangerous times demand dangerous shows like this. Roger hit me up a while back about some political this or that and after a brief discussion said, “I’m glad you haven’t changed your email or your mind.” Love ya man!”

Waters even penned a letter to Russian President, Vladimir Putin, earlier this month (25 September) where he reached out in the hopes of urging the leader to put an end to the ongoing war with Ukraine. He encouraged President Putin to reply to him, signing off, “If you were to reply to me, I would mightily respect you for it, and take it as an honourable move in the right direction towards a sustainable peace.”

Waters will continue touring until late spring in 2023, you can take a look at the full list of tour dates and get tickets at rogerwaters.com.