“[Fans] think he's the best thing ever, but he's always had really good people with him… If you just had Ozzy on his own, it would be a slightly different story.” 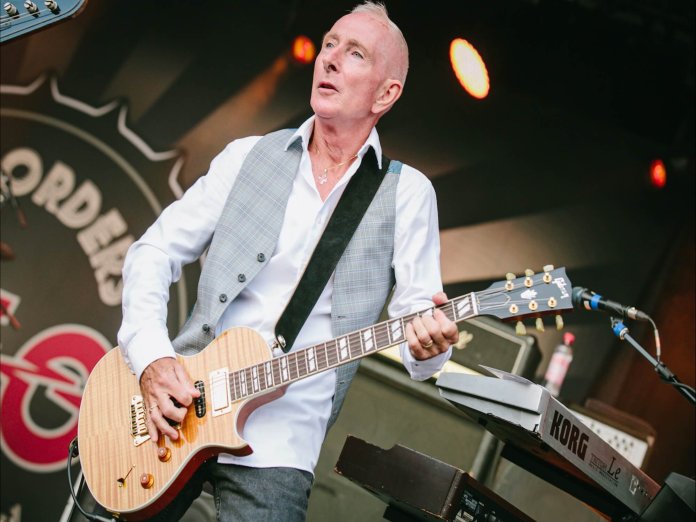 In a recent interview, UFO guitarist Neil Carter discussed his views on the Black Sabbath frontman, inferring that his success and gargantuan status only exist because of the musicians around him. Discussing his time working alongside ex-Ozzy Osbourne guitarist, Randy Rhoads, Carter admitted that he was “never a fan of Ozzy’s vocals” and referred to his live performances as a “very strange thing”.

Speaking with the Rock Interview Series on Saturday (May 14), the UFO member confessed that he has never understood the extensive hype that surrounds Ozzy Osbourne. Following on, Carter even went as far as to suggest that the musician’s solo career would have failed to reach the same heights if he hadn’t commissioned so many noteworthy musicians along the way.

“I mean, I’ve never been a massive fan of Ozzy’s voice,” Carter stated. “I like Ozzy himself, and he’s a very funny man, extremely funny guy, but watching that band on stage with Tommy Aldridge, Rudy Sarzo, and then you’ve got Don [Airey, keyboardist] sitting up in the tower. It was a great thing to watch.”

He continued, explaining how the amount of attention gathered by The Prince Of Darkness always seemed somewhat incomprehensible, confessing he never quite saw the same appeal:

“I must admit, I used to watch the audience and [see] nineteen-to-twenty thousand people going bonkers, and watching Ozzy stomping around the stage. I mean, it’s a very strange thing. I’ve never quite understood the appeal of Ozzy, but people love him.”

Most recognised for his role as the keyboardist and rhythm guitarist of the rock band, which is often considered one of the most influential acts of the 1970s and 1980s, UFO has been credited with helping to inspire bands including Iron Maiden, Metallica and Guns N’ Roses in the time since their formation.

As part of this scene, Carter often worked alongside many of the same musicians who collaborated with the frontman on his solo projects – most namely, Ozzy Osbourne guitarist Randy Rhoads. Speaking about the late guitarist, Carter said, “I used to just be in awe of Randy’s playing, it was so good.”

He continued to elaborate on the names that have gone on to work with Osbourne, explaining how he believes they are responsible for the level of acclaim often given to the Black Sabbath frontman:

“[Fans] actually think he’s the best thing ever, but he’s always had really good people with him. If you just had Ozzy on his own, it would be a slightly different story,” he says. “He’s had great songwriters with him, and he had people like Bob Daisley [Ozzy Osbourne bassist], who I’ve worked with for a long time, writing the lyrics.”

The full interview with Neil Carter can be found on the Rock Interview Series.