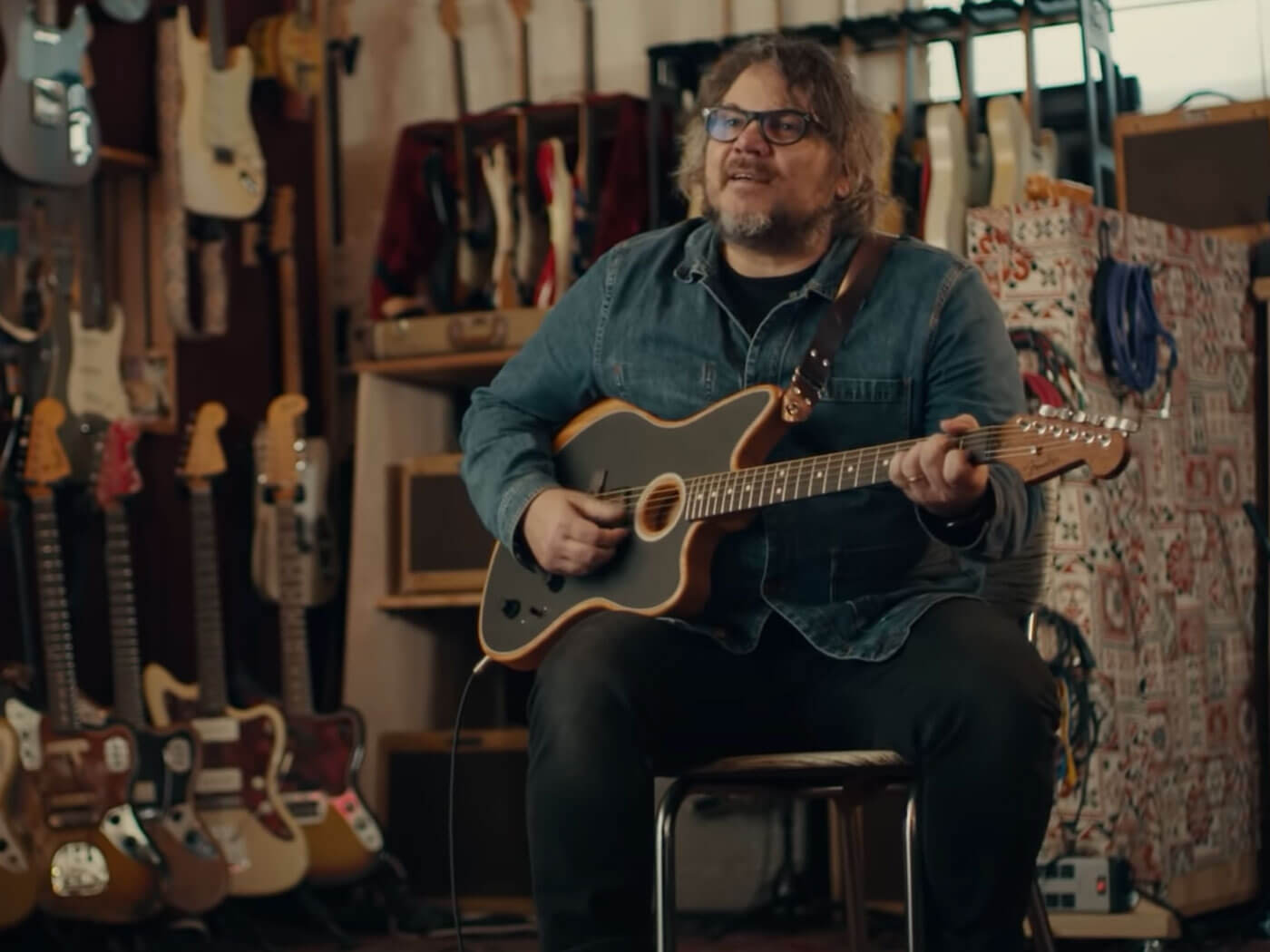 Wilco’s Jeff Tweedy has guested on the latest episode of Fender’s show Re-Creation, which asks musicians to reimagine their songs through the use of the versatile new Acoustasonic Jazzmaster.

The guitar, which arrived last month, is the third iteration of the Acoustasonic platform. Models in the range use a unique ‘Acoustic Engine’, which was co-designed between Fender and Fishman. The system offers ten different voices on tap: four simulate specific styles of acoustic guitar, while others make use of the new Tim Shaw-designed humbucker in the American Acoustasonic Jazzmaster’s bridge position. A blend knob selects and can blend between the various voices.

When it was introduced, Billy Martinez, Fender’s vice president for its acoustic and Squier divisions, said: “The culmination of five years of design, building, and refining the form factor and technology of this guitar has been a proud journey. The Jazzmaster was made iconic by inventive musicians looking for a guitar that could deliver unique sounds.”

The performance Tweedy uses it for is a lot more subdued than the one on the record, without the twin-guitar-solo ending.

You can see him perform the song in Fender’s video below.