Pete Townshend’s smashed ’64 Strat to be auctioned off

Neckless and in two separate halves, Townshend’s mythical guitar—or what remains of it—will be put up for auction next week. 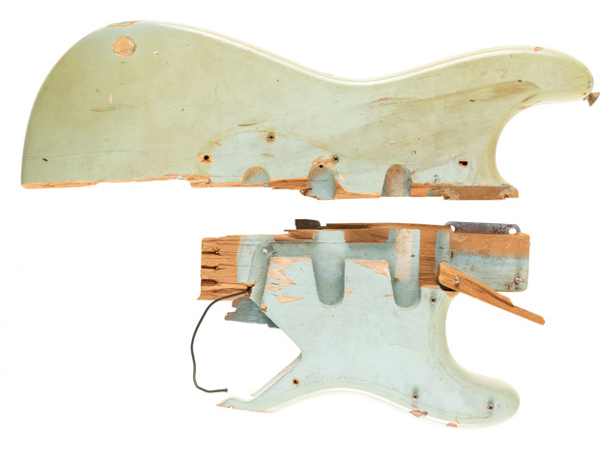 Pete Townshend’s ‘64 Fender Stratocaster, which lived and died during The Who’s legendary 1967 Long Island Arena concert, will go under the hammer on April 15—even though it looks as though it already did. Multiple times.

The Strat, which in a previous life came in a Sonic Blue finish, has been smashed to bits by the divine hands of The Who guitarist. So there’s little to no chance you can actually rebuild this for playing. And why would you? After all, Townshend is notorious for his over-the-top stage antics, so you’ll be owning a piece of rock ‘n’ roll history. The guitar’s opening bid is set at $10,000 via Heritage Auctions.

In a 1980 interview, The Who guitarist explained how he managed to make something of an art out of destroying guitars: “I was banging my guitar around making noises and I banged it on this ceiling in this club and the neck broke off, because Rickenbackers are made out of cardboard.

“Everybody started to laugh and they went, ‘Hah, that’ll teach you to be flash.’ I thought I had no other recourse but to make it look like I had meant to do it so I smashed this guitar and jumped all over the bits and then picked up the 12-string and carried on as though nothing had happened. The next day the place was packed.”

For more information, check out heritageauctions.com.