Soldano announces the SLO-30, a 30-watt version of its Super Lead Overdrive

Want that powerful SLO tone without ratting the windows too much? 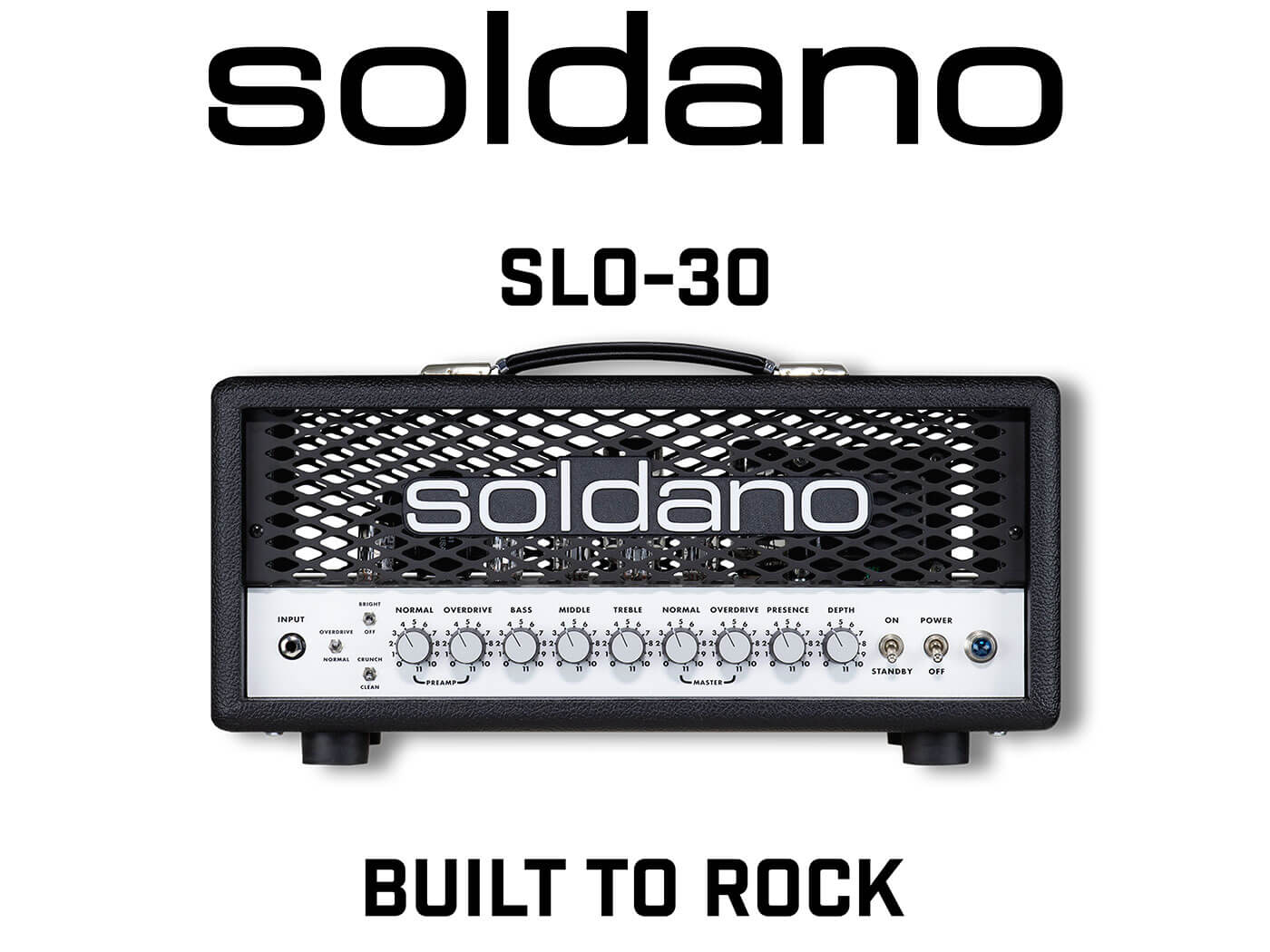 The amp is voiced for rock and metal, and retains a lot of the same features from the other SLO amplifiers. At its core, it has two channels: normal and overdrive. Each channel shares a three-band EQ, as well as presence and depth controls, but has its own independent preamp and master volume control.

The Depth control stems from a popular mod to the SLO. It affects the power-amp strange of things, which combined with the presence control, gives you a wider range of EQ characteristics to choose from.

The amp also features toggle switches to engage a ‘Bright’ mode, as well as choose between ‘Clean’ and ‘Crunch’ modes, and switch the active channel. A tube-buffered transparent effects loop, Soldano says, should be able to handle anything from “vintage pedals to high-powered rack units.” Newly designed wiring also reduces channel crosstalk, resulting in a lower noise floor without dampening the amp’s voice.