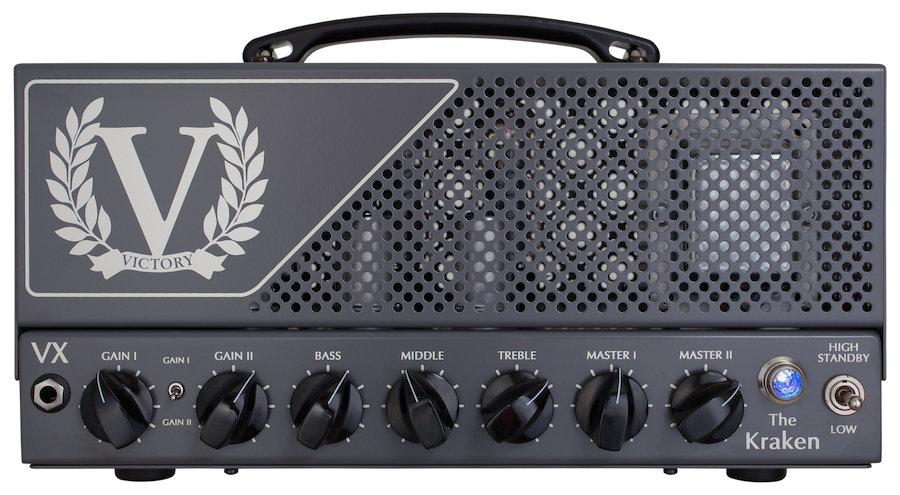 The Kraken packs 50-watts of power (switchable down to 15 watts in low power mode or just nine or two watts in single-ended mode) and two footswitchable gain modes into a lunchbox head small enough to fit in an overhead luggage compartment on a commercial flight.

Shipping with 6L6 power valves – EL34s can also be used thanks to the onboard bias switch – the Kraken’s range of tones, “starts with crunching rhythm tones, and sears on to all the gain you’ll ever need.” Gain I offers classic British rock tones, while Gain II is where it’s at for Martin Kidd’s take on contemporary American high-gain sounds.

Those expecting Victory’s next big launch to be the Rob Chapman signature Red Dwarf amplifier will have to wait until September, although G&B understands that Chapman’s Dorje bandmate Rabea Massaad was involved in the R&D process behind The Kraken, thus ending the speculation about a Massaad signature amp.

Victory tells us that Rabea’s input to the VX was invaluable, having leant his ears and experience to the design process throughout the amp’s development. So while it is the amp Rabea will be using – he’s using two together in fact – it’s not a signature model.
VX The Kraken will be available in August 2015, with a recommended UK retail price of £829. 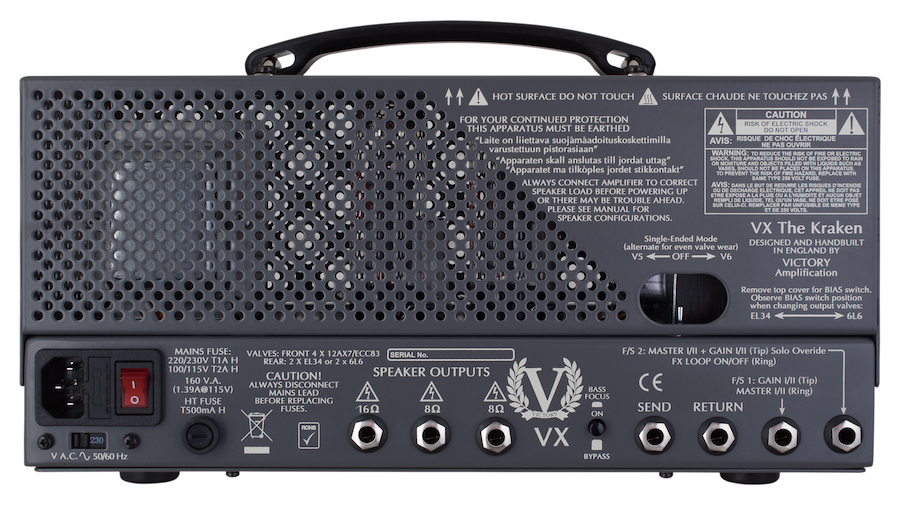 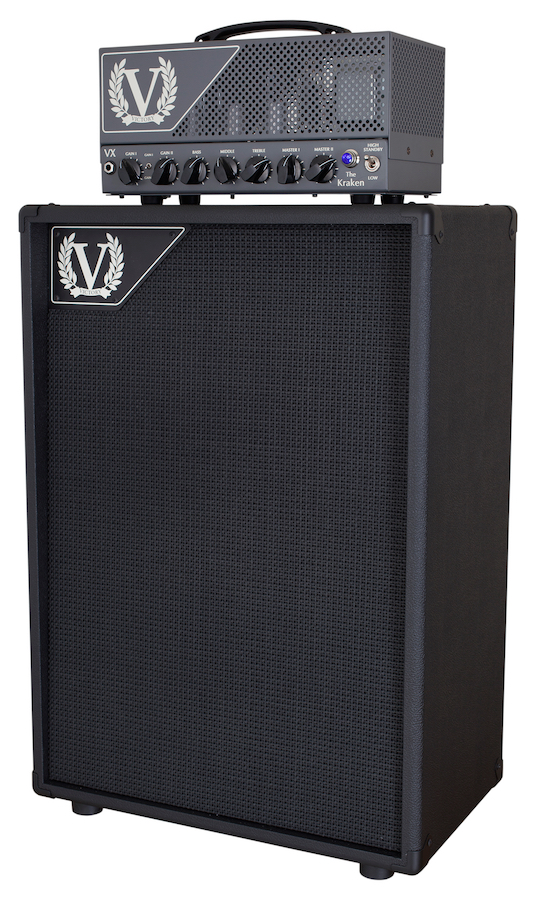