The War on Drugs’ frontman talks magical connections with his guitar. 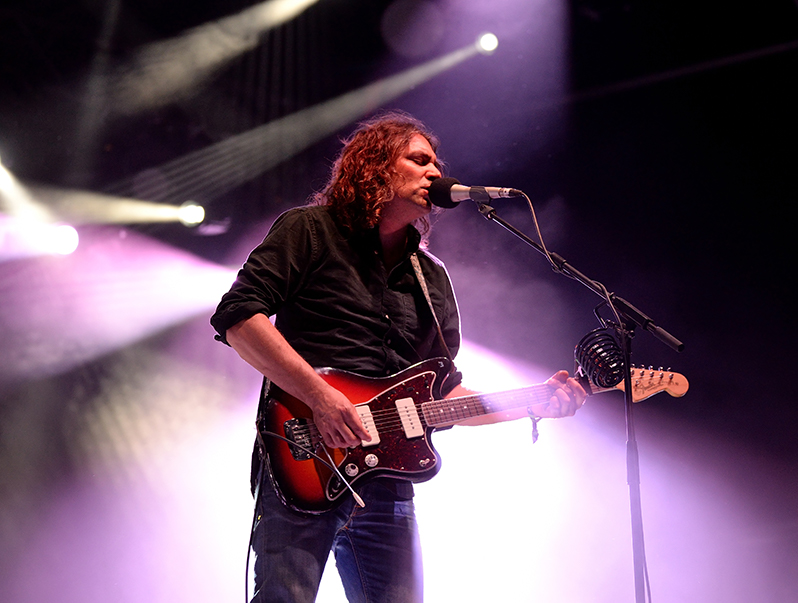 Just over a month ago, Fender released a few videos of My Bloody Valentine guitarist Kevin Shields expressing his love for the Jazzmaster as part of the guitar’s 60th Anniversary celebrations. Now, it’s Adam Granduciel’s turn.

The War on Drugs’ guitarist spends the video’s six minutes tweaking his rig, messing about in the studio, and waxing lyrical about his Jazzmaster. “Every show with my Jazzmaster is like a new show. It still is, even after hundreds of shows with the same guitar,” Granduciel said.

“Vintage guitar, or new, or whatever it is, it’s like the most expressive guitar I’ve ever really played and I’m not really technically proficient, as long as I feel connected to whatever my left hand wants to do, or a tone that’s coming out of an amp—I guess it’s just like a source of inspiration, you know?”

And as it happens, the axe in Granduciel’s hands, a ’63 Jazzmaster, has a bit of a backstory:

The Massachusetts native had been eyeing it online for a while, but didn’t manage to buy it. Months later, while he was at the online store’s brick-and-mortar shop, he saw the exact guitar sitting on a bench, and seized the opportunity. Whoever had purchased it ended up returning it, to Granduciel’s delight.

“Sometimes you just have those magical connections with things, where a guitar’s been around for 50 years but it was meant to eventually end up in your hands,” the 39-year-old said.