Looking for a simple way to capture a natural acoustic sound on stage and in the studio? Audio-Technica’s new clip-on mic range may be the answer. 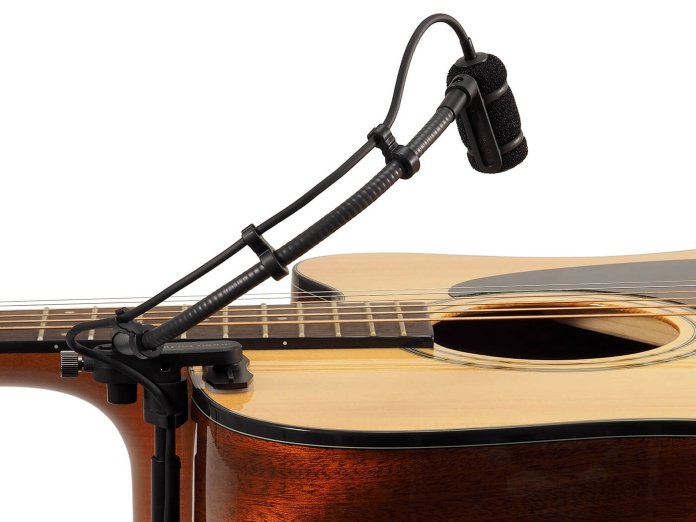 Despite decades of technological advancement, reproducing the natural sound of an acoustic guitar, either on stage or on record, remains a potentially onerous process and sometimes only a high-quality microphone will do. While sub-miniature internal mics have grown in popularity recently, there is no substitute for an external mic if an uncoloured sound is your goal.

This approach brings with it new and interesting challenges and a number of specialist microphone companies have adopted an instrument-mounted microphone approach in order to make life easier for the acoustic purist. 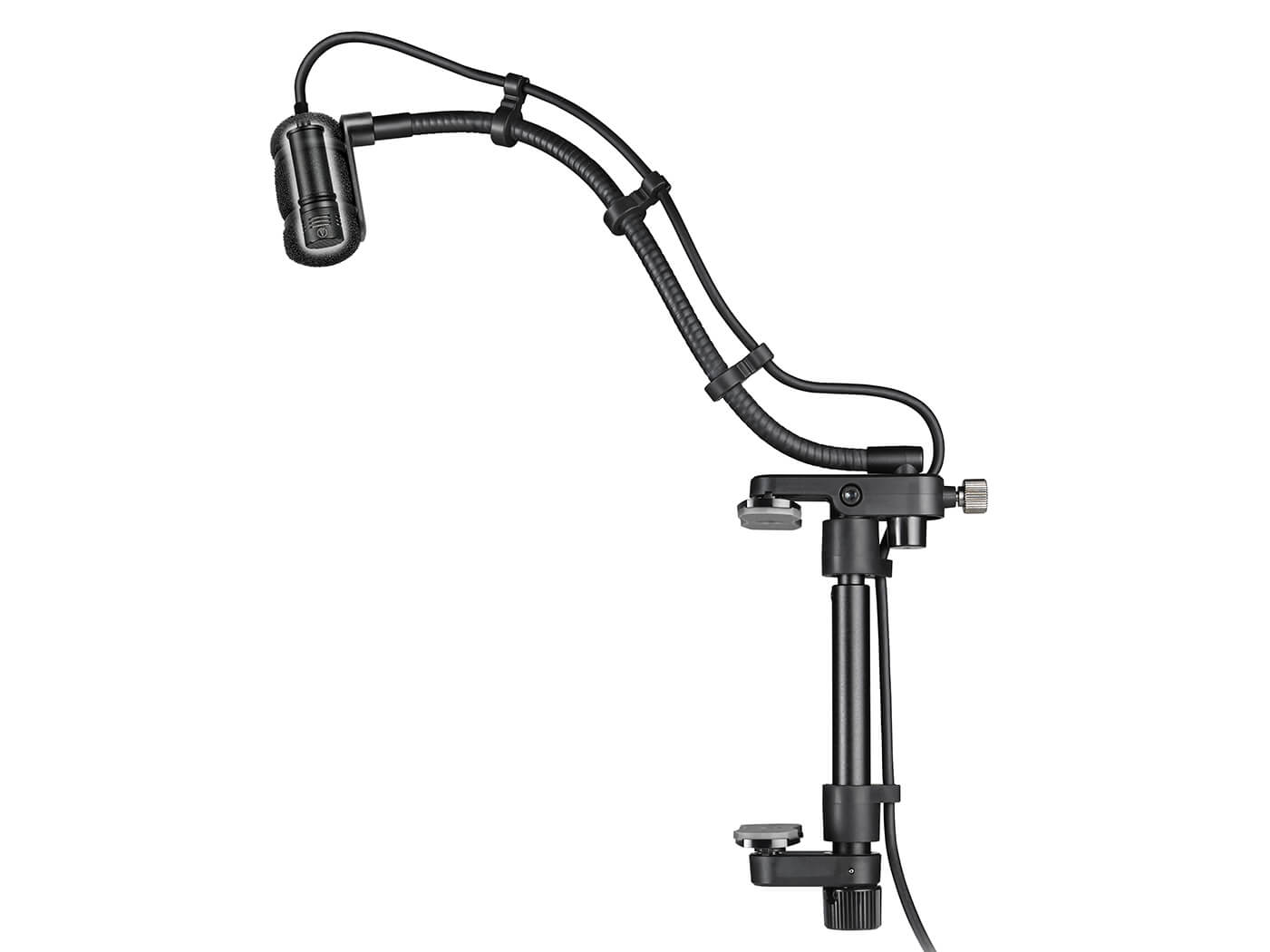 Made of three constituent parts – a rugged clamp, a goose-neck mount and the microphone itself with attached lead and XLR power module – the ATM350GL is relatively simple to fit onto the shoulder of a guitar. Once installed, it feels extremely solid. In fact, the term ‘clamp on’ seems more accurate than ‘clip on’, in this case.

There are rubber pads to protect your instrument, but we’d still be a little wary of attaching it to a French-polished top. The goose-neck mount feels stable and the four-metre cable (permanently attached to the mic) should be more than capable of reaching your DI box/mic preamp without hampering mobility. The overall size of the mic and clamp, however, is considerably greater than some other systems and if you’re playing high up the neck, you may find that visibility is compromised.

Plugging into a dedicated acoustic instrument amp, we find the best mic position is at the body join, slightly angled towards the soundhole. Performance microphones will always be at the mercy of stage volume levels and in-ear monitoring is highly recommended to reduce the potential for squalling feedback.

Due to the ATM350GL’s cardioid pattern, noise rejection from behind the mic is good and the sound itself is immediately more natural and dynamic than any non-hybrid pickup system we’ve encountered. There is some handling noise, especially when strumming hard, but in a purely acoustic, low-SPL context, the mic performs well.

When used for recording, instrument-mounted mics have the advantage of consistent placement and plugging the ATM350GL straight into Logic via an Apogee Duet 2, we immediately get usable results.

Under the close scrutiny of studio monitors, we find the upper-partial treble response of the mic somewhat smeared and the proximity effect is a little heavy-handed with the mic struggling with the bulldozer bass of a Kostal Modified Dreadnought. There is, however, a bass roll-off at 80Hz of 12dB/octave, which sorts that out effectively. The ATM350GL capsule can also take high volumes, making it a strong choice for Dobro/lap-steel, too.

Microphone-only acoustic sound can be one of life’s great joys, but it’s not always practical. With the Audio-Technica ATM350GL, many of the potential obstacles are taken care of, allowing you to luxuriate in your playing’s newfound detail and dynamic range.