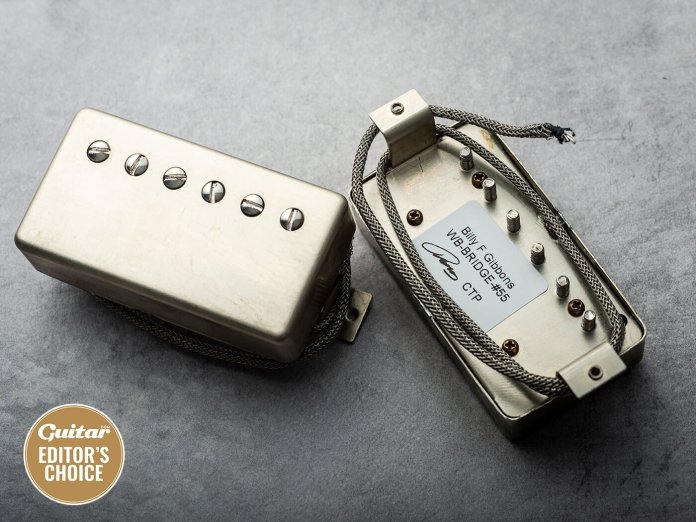 Billy Gibbons has played countless guitars over the decades, but Pearly Gates is the most iconic. This most mythologised of Bursts is rarely seen in concert these days, and given its age and value that’s understandable. Instead, Gibbons goes to extraordinary lengths to ensure that, whatever guitar he’s playing, the Pearly Gates tone can always be heard. Onstage this is accomplished with exacting graphic equaliser presets and when it comes to PAF replicas, he’s no less discerning.

Gibbons has been working with Thomas Nilsen of Cream T pickups for many years. The WhiskerBuckers are painstaking replicas of the PAF humbuckers in Pearly Gates and the first release in Nilsen’s Super Scanner series, which claims to offer “100 per cent exacting electronic reproductions” of historic pickups.

The extravagant package comes in a sizeable presentation box complete with a set of Gibbons’ favoured 0.007-0.038 Revered Willy strings, some signature picks and a Mo-Jo pill bottle-style glass slide. 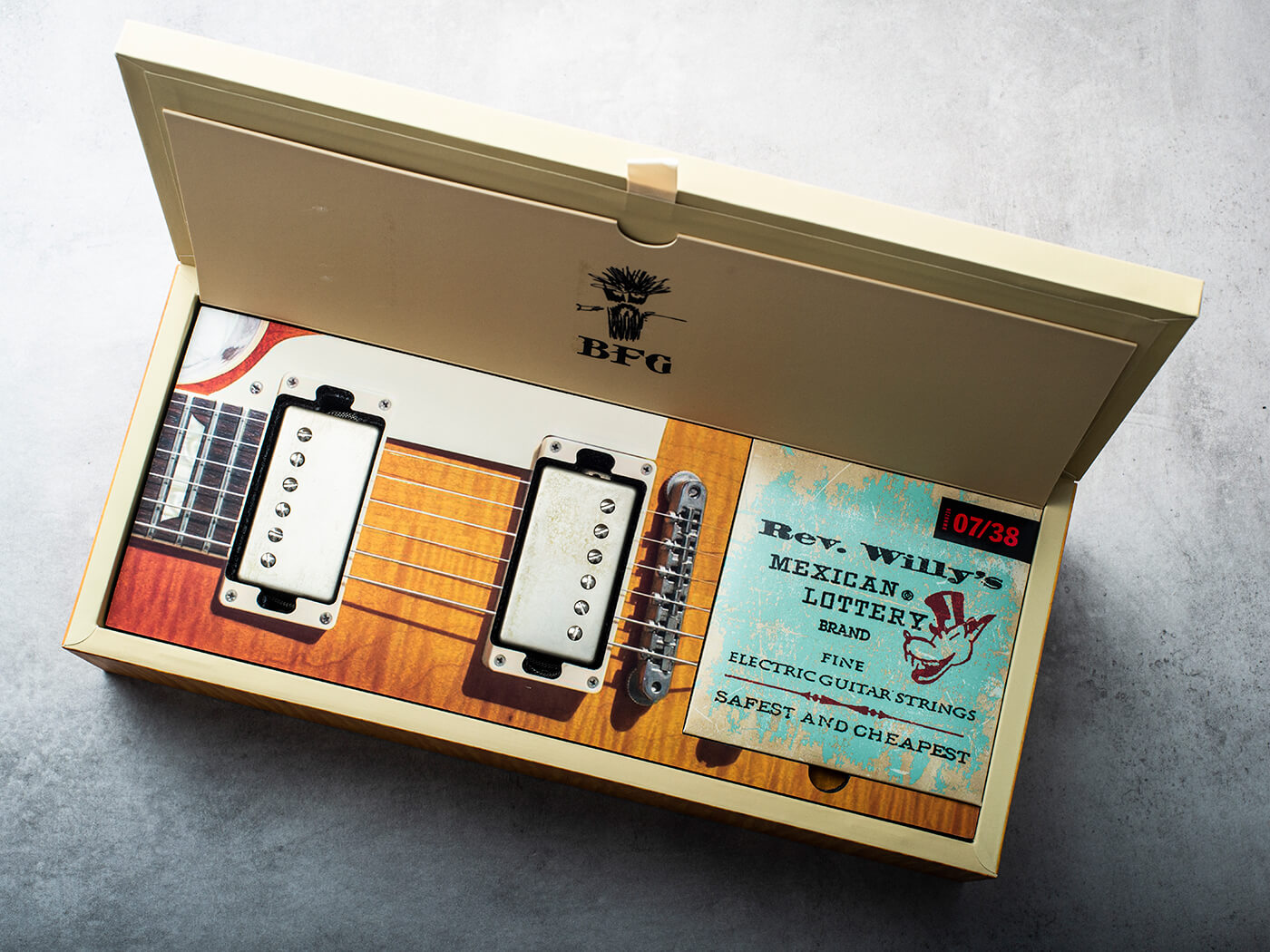 Ever diligent in our preparation we went unshaved for a week and top-wrapped our test guitar’s 1950s tailpiece. For context, the guitar is our recently restored Greco and we’re removing a set of vintage Gibson PAFs to install the WhiskerBuckers.

Many PAF replicas need a lot of adjustment to sound their best, but the WhiskerBuckers impress from the start. Being very microphonic, they capture every small detail for extreme dynamics and touch sensitivity.

The upper mids have a forward quality that is more about punch and clarity than aggression, and the lower mids have a sleazy and compressed feel that makes this set an effortless joy to play. Single notes benefit from a clicky attack for precise articulation and the wound strings have excellent definition.

Despite having almost identical resistance readings, the neck and bridge produce contrasting but complimentary tones. Bite characterises the bridge tone while the neck delivers a flutier vocal sustain. Both have harmonic bloom in abundance and when combined, produce a third distinct tone with engagingly hollow and phasey mids. 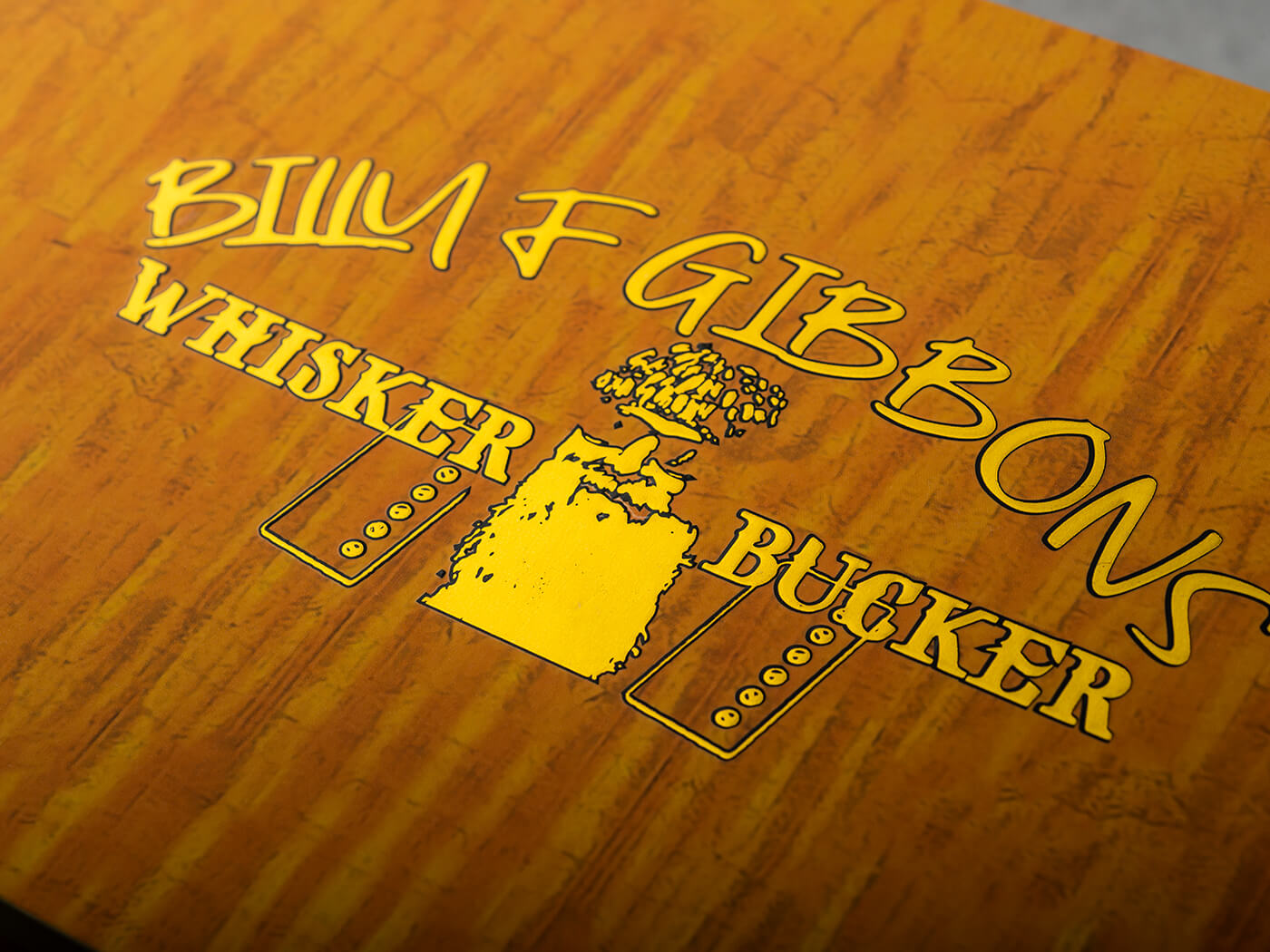 PAFs are rightly revered for wide-open clarity and extended treble, and many builders have successfully emulated that by underwinding coils. Achieving that from PAFs in the 8k plus range without sacrificing those upper harmonics is something few winders have managed, but that’s what elevates the WhiskerBuckers above the vast majority of PAF replicas.

When it comes to humbucker tone, original PAFs are indisputably the toughest act to follow but installing the WhiskerBuckers in no way diminished the sound of our guitar. If you favour the juicy midrange grind of hotter PAFs with harmonics that can be pinched out at will, this pickup set is pretty astonishing.