Comprising 13 tracks of pure unadulterated teenage angst, Let Go undeniably shaped the world of pop-punk into what it is today – and stood against a viciously misogynistic music industry.

20 years on from the release of debut album Let Go, Avril Lavigne is enjoying a nostalgic moment in the spotlight as the next generation of solo female pop-rock and pop-punk acts model themselves after her – WILLOW, Billie Eilish, Olivia Rodrigo are all fans. But global recognition was not always written in the stars for the Ontario-born church-going girl who would grow up to be Avril Lavigne. Cutting her teeth performing at country fairs at the age of 14, her first big break came in 1999, when she won a radio contest to perform with Shania Twain in front of 20,000 people.

The empowering country-pop anthems of Shania Twain might be a million miles from the obnoxious (in a good way) bubblegum pop-punk of Love It When You Hate Me that Avril snarls her way through live on Jimmy Kimmel these days, but back in 2002, her contemporary take on alt-pop with elements of punk was about to change the face of popular music, change the expectations of what solo female acts could be – and reinvent pop-punk as we know it in the process.

Let Go comprises 13 tracks of pure unadulterated teenage angst, and shaped the world of pop-punk into what it is today.

Album opener Losing Grip, however, sets us up for an almost completely different album entirely. Its chugging metal guitars and distorted vocals are more Evanescence than Green Day, and it’s this sound she would follow up on moodier sophomore offering, Under My Skin (featuring goth pop banger My Happy Ending and Lavigne’s ode to celibacy – yes, really – Don’t Tell Me). It’s this sound which Lavigne famously fought for, pitted against her label and managers, who wanted her to pursue her more accessible country roots. Whilst it’s not one of the best songs on the album, the tension between Lavigne and the industry’s powers that be that’s crucial to understanding why Let Go is an essential part of music history.

Elsewhere on the album, Lavigne forays into Alanis-Morissette-confessional territory on the sweet journal-pages-entry of My World, with a whole verse dedicated to washing her hair. Lyrically, for the most part, we never really reach past the pretty juvenile; although Too Much To Ask includes the somewhat iconic: “It’s the first time I ever felt this lonely / Wish someone would cure this pain/It’s funny when you think it’s gonna work out / ‘Til you chose weed over me, you’re so lame”. But it’s not something worth truly complaining about – it’s a young woman carving out her own path, and not taking anyone else’s advice.

This is something which itself is the topic of many songs on the tracklist. “I’d rather be anything but ordinary, please,” she sings on, uh, Anything But Ordinary and “I feel what only I can feel, and if that don’t appeal to you/Let me know, and I’ll go ‘cause I flow / Better when my colours show” she muddles through on the (frankly embarrassingly outdated) rapping takes of Nobody’s Fool. Lavigne spends a decent chunk of Let Go telling us that she’s not afraid to go off and do her own thing; what that thing might be, we never actually find out.

But hey, this is pop music, we don’t need a deeper meaning as long as the songs sound good. And, frequently, they really do. Unequivocal moments of genius come in the form of career highlight (and the ballad that spawned a fair few copycat moments on later albums) I’m With You. It features a vocal performance for the ages and the brave choice of a 3/4 metre, which has actually stood the test of time.

Then there’s Sk8r Boi, an inarguable win for the role of storytelling in song, even if the narrative smacks of internalised misogyny: Avril’s rival ends up a washed up single mum who should have known better. Despite this, it’s witty and sharp, with a chorus so catchy and infectious it garnered Avril countless award nominations, including a Grammy nom for Best Female Rock Vocal Performance 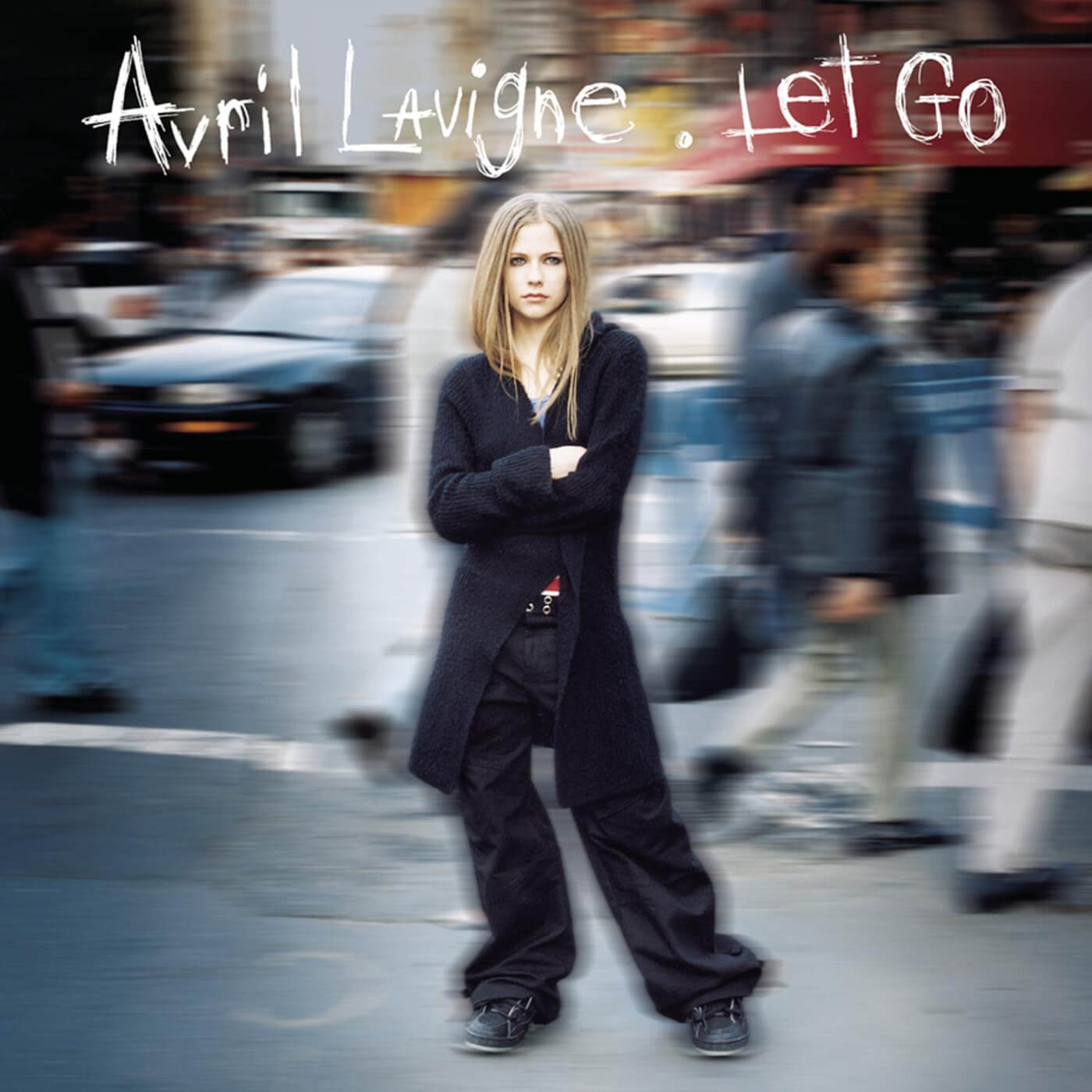 But the crown jewel in Let Go’s crown is the evergreen gold of debut single Complicated, an unassuming mid-tempo number about calling out posers. It’s hard to overstate how much this song indicates a seismic shift in the world of pop music as we know it. Complicated is where we see Avril versus her own management meeting in the middle for the first time. She wanted to rock out and they wanted her to have widespread commercial appeal. Thus, Complicated and the new era of pop-punk were born – the era that’s now returned with a vengeance to TikTok and the Billboard Hot 100 alike.

Complicated might be the antithesis of some of her later smash hits; Girlfriend is decidedly more brash and difficult to ignore, but it’s precisely in its understated nature its brilliance lies. Beginning with the microcosmic lyric “chill out / what you yellin’ for”, Complicated continues in a laid back tone – initiating a wave of teenagers into the accessible side of punk as it did so. It’s with these first two singles – Complicated and Sk8r Boi that Lavigne managed to reshape the genre. Reviews at the time had no consensus as to whether to call this music “rock” or “pop”. Critics were baffled, but the records flew off the shelves, buoyed by teenagers who asked: “Why should I care?”

It’s also important to understand the context of the popular music landscape into which Let Go was unleashed. Aside from previous pop-punk success stories being very male-dominated, the world of pop music at large was much more brazenly misogynistic than it is now. Avril was time and again pitted against the likes of Christina Aguilera and Britney Spears, defined as the “anti-Britney” as she was the one who kept her clothes on. She was clearly uncomfortable with the manufactured conflict, saying (somewhat ahead of her time) to “leave [Britney] alone” in a 2002 interview with Entertainment Weekly. That same interview branded Christina Aguilera a “skank” in the opening sentence. The pop landscape was rife with young women (girls) who were pressured into showing skin to sell records, and then shamed for doing exactly what was seemingly required of them.

Into this you drop Avril. The tie-wearing, middle finger flipping, straight-talking, electric- guitar-playing chick who fought against her management and production team for the right to make pop music angry. Let Go and Lavigne’s image might not seem particularly confrontational now, but given how viscous the rhetoric around young, female pop-stars was when it landed, it was a breath of fresh air in the charts. A kid from Canada who dropped out of school to follow her dreams expanded pop music’s horizons forever. Avril proved that pop didn’t have to be perfect and polished – and that pop-punk didn’t have to be a boy’s club.