The Genius Of… Riot! by Paramore

Paramore’s second studio album dressed a whole generation of teens in skinny red jeans and dyed hair, and was produced by a band not much older than them.

It’s the summer of 2007. Your bedroom walls are smothered in posters of Panic! At the Disco, Fall Out Boy and My Chemical Romance, you’re wearing skinny black jeans despite the heat, and your Vans are well, well worn out. It’s an era of angst-fuelled pop-punk fun – and Paramore are about to deliver one of its most defining records.

The band’s debut, 2005’s All We Know is Falling, caught many off guard with Hayley Williams’ gutsy vocals and its deft but doomy guitar. But Riot! was about to change people’s lives forever.

Made up of frontwoman Williams, bassist Jeremy Davis and brothers Josh and Zac Farro on guitar and drums, Paramore were formed in Franklin, Tennessee in 2004, while its members were still in their teens. Three years later, they would release an album that would be certified triple platinum in the US.

Being such a young band in the midst of such accelerated stardom, Paramore were under enormous pressure, which led to a few fallouts. Shortly after the release of Riot!, the band cancelled a European tour due to “personal issues”. The problems continued throughout the band’s reign as one of the most beloved emo bands of the 2000s – Williams and Josh Farro endured a public break-up, with Josh and brother Zac departing following 2009’s Brand New Eyes, leaving Paramore as a three-piece with new guitarist Taylor York becoming a permanent member.

It’s these tensions that led to the band’s best songs. Misery Business remains their biggest hit, making it to No.1 in the UK’s Rock & Metal Singles Chart. The track is hailed as a classic of alternative emo rock, evidenced by a recent acoustic rendition by Williams and Billie Eilish at this year’s Coachella. Its video sees Williams smearing the make-up from the face of a school bully who, it recently emerged, had real-world inspiration.

In 2020, in an interview with Vulture, Williams revealed that the song was written about her early crush on Farro stating. “When I was 13 or 14 and I had a crush on Josh, he didn’t like me back,” she said. “He would go hang out with his girlfriend, who I wrote Misery Business about because I was a dick.” The band no longer play the song live, as the lyric once a whore, you’re nothing more no longer aligns with Williams’ feminist views. 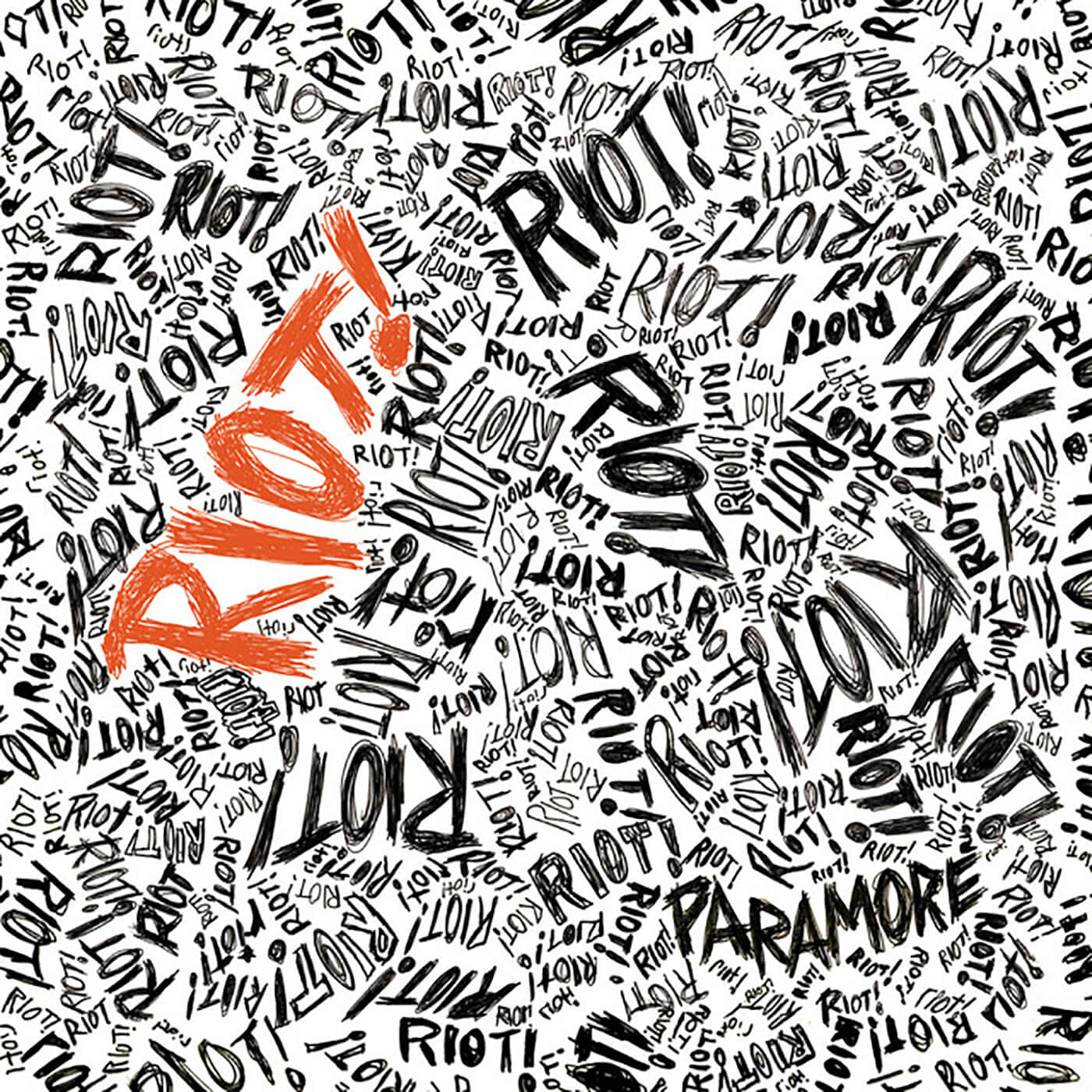 Riot! is defined by its gritty, uptempo guitar. Even the album’s ballads When it Rains and We Are Broken rely on a hard spine of guitar, with others swooping between clean and quiet and electrified twang punctuated by ear-splitting solos.

Josh Farro played Taylor acoustics for their thick, radiant sound. For Paramore’s more jagged electric sounds, he used a Fender Telecaster Deluxe, known for its versatility and tuning stability, handy for a band that often played in drop D. Farro’s pedalboard at the time sported a Boss DD-20 Giga Delay, a Digitech Whammy and an Ernie Ball Volume Pedal, while his amp choice ticked all the early 2000s pop-punk boxes courtesy of a Marshall JCM 2000 DSL and a Mesa/Boogie Dual Rectifier.

The Riot! era was definitive for Paramore and the primary reason the band is so beloved by millennials and Gen Z, both on record and on stage. It made them known as a band who were reliable and musically tight in live spaces.

Their guitar work stylistically wavered between both fresh and classic on every track with flavours of Nashville country rock and modern emo. Farro’s selective choices of gear helped hone in on their tone at such an early stage, having selected brands such as Mesa/Boogie, Marshall, Fender and Gibson to play through he knew exactly what he desired from each piece in his set up that would offer the most hair-raising sounds for an album that demanded its listeners to absorb every note.

Even if some of its attitudes are dated today even to its creators, Riot! is an album that’s sure of itself and what it stands for: mischief. The record remains a testament of what young musicians are capable of.