The Genius Of… The Will To Live by Ben Harper

As his latest album Bloodline Maintenance proves, Harper is still doing the heavy lifting that began 25 years ago with his essential album, The Will To Live.

“I feel that everything is happening in this world, some days it brings me to my knees,” Ben Harper croons on the opening track to his soulful new album Bloodline Maintenance. The music and lyrics on his 16th studio record bristle with fiery questions and provocative ideas about race, humanity and family, all yoked to yearning gospel-blues. At 52, age has not dampened Harper’s passions – for skateboarding or for crafting songs that pluck and play on your heartstrings.

The album’s themes of climate fear, personal loss and the pain humans inflict on one another and the planet stretch back 25 years, to 1997 and Harper’s exemplary third album. The Will To Live established Harper’s tendencies towards bluesy, steely folk with the sort of loose, twisting cleverness of a skateboarder – just when you think you’ve pinned down his sound, he pivots and leaves you reeling.

The album bristles, rages and burns with the desire to live and to be of purpose. Not a word, chord or breath goes astray. German philosopher Arthur Schopenhauer defined the ‘will to live’ as an instinct driven by “blind, incessant impulse without knowledge”. This record, a paradox, perhaps, is both instinctive and spirited, while maintaining tight, multi-faceted compositions that mix gospel, blues, roots and hymn. Backed by the Innocent Criminals – before they were officially named such – Harper had a crew that could bring his best to the fore.

Its title track was dedicated to Australian skater Lewis Marnell – following Marnell’s premature death in 2013, aged 30, his family was left financially bereft and Harper actively raised funds to help them. The Will To Live alternates between folksy, vocal-centred balladry and gritty blasts of grunge. The final minutes segue into a furious whirl of distorted guitar before Harper sings: “It’s hard to understand that we’re only life’s guests/You’ve got to have the will to live.”

The album’s fifth track Jah Work is also linked to Marnell, a reference to both the Rastafarian name of God and to the skater’s nickname Jah Lew. Here, Harper’s reggae influence trips through the ska-style groove strummed over a muted Weissenborn guitar, with the patter of brass and Dean Butterworth’s drums fuelling the melody. The song exemplifies Harper’s organic, confident songcraft.

Featuring Harper’s gritty, imperfect acapella, I Want to be Ready is simply beautiful. As he repeats the titular refrain, a choir joins in. “I want to be ready,” he repeats, “to put on my long white robes”. 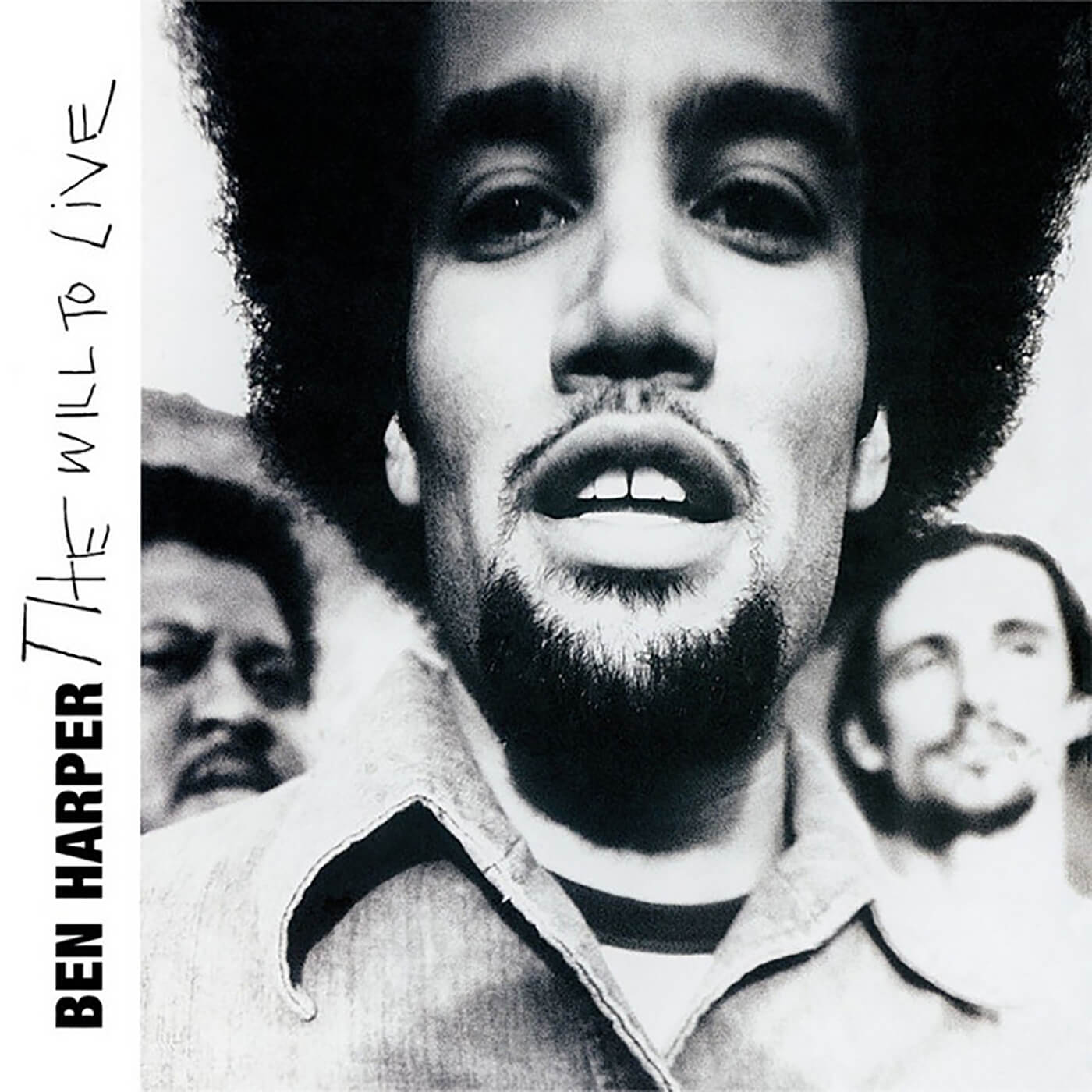 Gorgeous waltz Ashes is more layered. It’s spiced up by saz – an instrument common in Turkish folk music and also known as a bağlama) – and saxophone, courtesy of jazz Eric Person. The multi-layered, rich texture of Ashes contrasts with the grungier, pared-back tracks, like Glory & Consequence, which boasts guttural vocal stylings à la Eddie Vedder. That Pearl Jam’s Vedder would collaborate with Harper in later years seems preordained in their shared love of bluesy folk, the voice as an instrument, and the whorl of guitar dissonance as dramatic punctuation.

Towards the final bars of Glory & Consequence, Harper wails, “I’m not as scared of dying as I am of growing old”. Twenty-five years on, there’s a sense of peace and even celebration in this line that Harper had the desire, the skill and the intuition to, in his fifties, craft an album like Bloodline Maintenance.

Following his 2020 instrumental album Winter is for Lovers, there’s a feeling of cathartic joy in Harper’s return to singing. It feels celebratory for a man who’s in his element when accompanying his fretwork with determined, deliberate lyrics and vocals that take in crooning, feathery falsetto, funky growling and trembling, sweet confessions.

With more than 15 albums to his name, it’s unsurprising to hear the ghosts of albums past appear on Bloodline Maintenance. Jah Work, for example, could’ve slotted seamlessly onto this new album, thanks to its similar lyrical themes and plaintive, raw guitar work.

There’s a feeling of urgency and frustration in Bloodline Maintenance’s lyrics, as Harper expresses the same sentiments he’s been delivering for decades. This urgency existed more as a question 25 years ago on The Will To Live. Now older and wiser, Harper’s music is an unapologetic clarion call for political and social reform.

The Will To Live closes with the melancholic, minor-chord ballad I Shall Not Walk Alone. Hymnal and soothing in its soft, sad delivery, Harper delivers spacious lap steel while the lament of Danielle Charles’s violin wraps around the melody.

The album reached 89 in the US Billboard 200, went platinum in Australia, New Zealand and (allegedly Harper’s new home of choice) France, and gold in Canada and Italy, and secured him a UK Top 75 single with Faded.

Upon its release, Pitchfork called the album “a mess” and said it was “saturated with needless effects”. Today Pitchfork has a whole section reserved for revising ill-informed, impetuous reviews. Perhaps someday soon, along with ‘middling’ albums by Prince, PJ Harvey, Wilco and Daft Punk, The Will To Live’s review will be revised too.

That Harper has stayed true to his roots is cause for celebration. Listening to The Will To Live and Bloodline Maintenance back to back makes for a coherent and consistent narrative more than a quarter-century in the making.