The Studio Series amps are all about authentic high-power Marshall tone without the earaches. We check out the Plexi-style head and JCM800-inspired combo…

Marshall is synonymous with loud rock amps. But these days, even on an outdoor festival stage, you’ll be lucky to get away with cranking up a 50- or 100-watt stack. Happily, this fact isn’t lost on the British amplifier brand and the Studio Series is the company’s attempt to recreate its legendary tones of the past in more compact, lower-wattage head and combo formats.

Is it possible to emulate the classic Marshall roar without window-rattling volumes? The UK-built Studio Series models certainly look confidence-inspiring. With 20 watts of EL34 power switchable down to five watts, the Studio Vintage SV20 and Studio Classic SC20 are both available in head and 1×10 combo formats.

Designed to deliver Super Lead and JCM800 tones respectively, we have our hands on the Studio Vintage SV20H head and Studio Classic SC20C combo. Both feature PCB construction with exhaustive speaker-output options, a DI output and a bypassable effects loop. Onboard valve line-ups include ECC83s for preamp and phase-splitting duties and the aforementioned EL34s.

The two-channel, non-master volume SV20H head is based on the Marshall 1959 model – better known as the 100-watt Super Lead or ‘Plexi,’ due to the original’s Plexiglas front panel. We’ll be testing it through the matching vertical, closed-back Marshall Studio Vintage SV212 2×12 speaker cab (£599), which comes loaded with a pair of 12-inch Celestion V-Type speakers.

The styling is certainly classic enough, with gold piping, a Plexi-style control panel, old-school metal switches and vintage-style knobs. The two channels are designated ‘high treble’ and ‘normal,’ and each has a high and low instrument input.

The compact SC20C combo features a single 10-inch Celestion V-Type speaker and is based on the JCM800 2203 circuit so beloved of heavy rockers. The styling reflects this, with black speaker cloth and chunky black-and-red moulded-plastic switches.

Although they look different, the standby switches on both of these amplifiers work in the same way. The centre position puts the circuit in standby mode, while switching upwards sets power at five watts, and switching downwards selects the 20-watt mode. Both units are extremely well finished, with immaculate Tolex coverings and very neat piping.

What’s wrong with being Plexi?

Traditionally on an amplifier such as this, input one is high-sensitivity and input two is low-sensitivity. Never before have we found using an amplifier’s ‘low’ inputs preferable to using its ‘high’ inputs, but there’s a first time for everything. It’s only after a considerable amount of time spent struggling with the SV20H’s tone and presence controls that we even consider plugging into the low input, but the relief is considerable, because it reveals that there is a pedigree Marshall lurking inside. And linking or ‘jumping’ the channels is the key to unleashing its full potential, but more on that later.

Plugging into the high treble channel’s input one alone, the SV20H proves to be probably the brightest-sounding amp we have ever encountered. Unpotted vintage-style P-90s and PAFs begin squealing before you can even play a note and our vintage Strat – which is by no means a bright-sounding example – induces more aural pain than pleasure.

Moving to the ‘low sensitivity’ input two allows us to push the treble and presence controls beyond 9 o’clock and everything begins to make sense. Now we discover the full throated and crystalline cleans, and thick classic-rock overdrive, that are so uniquely Marshall in sound and spirit.

There are various reasons why players began linking the channels on classic Marshalls, but we’ve often found it necessary when neither channel quite cuts it individually. That’s certainly not the case when using input two on the SV20H’s high treble channel, but both normal channel inputs sound rather dark unless the treble and presence controls are set near the top of their ranges.

There’s much to like about the normal channel’s scale and fullness of tone, but even with single coils there’s a lack of cut in the upper mids. The solution is to plug your guitar into the normal channel’s high input and connect a patch cable between its low input and either input of the high treble channel. Now, when the loudness 1 control is turned up, a crunchy upper midrange enhances the normal channel’s smooth and weighty overdrive character and makes up for any shortcomings.

In this full-frequency mode, we can tap into the SV20H’s potential. With both channels engaged, the individual loudness controls allow you to balance the low and upper midrange and focus overdrive on specific frequency areas. With a wider frequency spread to bite into, the equalisation controls also exert a massive influence.

The controls are interactive, too, and much depends on the loudness settings. For instance, turning up high treble loudness 1 boosts midrange as well as volume and the middle control can provide scoop for a more contemporary heavy-rock tone. At lower levels, however, lifting the midrange sounds more like a treble boost.

Overall, we prefer blending the normal channel with the classic crunch of the high treble side’s low-level input, but others may prefer the grainier and grittier character that comes from the high-level input. After exploring the SV20H’s extremes, we find ourselves setting it up for general-purpose overdrive and using pedals for extra sustain and level when soloing. For cleaner tones, the SV20H responds superbly when guitar volume is dialled back. Once it’s dialled in, the SV20H becomes a simple and effective vintage-rock tone machine.

Turning our attention to the Studio Classic SC20C combo, everything feels familiar and straightforward once again. The high and low inputs behave as expected – albeit with a significant difference in level between them – and there is no necessity to go to extremes with any of the equalisation controls in order to dial in a usable tone.

Predictably, the SC20C produces loads more preamp distortion than the SV20H – if that’s what you want. However, that’s not necessarily what it’s all about. Plug into the low input and you have to run the preamp and master volume controls near maximum before you can discern any breakup with single coils.

Even then, it’s more of a warm harmonic enhancement than overdrive per se, and it certainly enhances the SC20C’s full and loud clean tone. With such powerful and wide-ranging equalisation controls, this amp can deliver big and bold cleans with any type of guitar. It may lack the Studio Classic’s crystal grittiness, but it’s smoother and more refined.

Since this is Marshall’s attempt at a low-power JCM800, no doubt most of you will be waiting for us to dish the dirt. As expected, the SC20C generates more than enough saturation for the vast majority of playing styles – metal included. We are impressed by the absence of fizz, and the crunch and sustain are quintessentially Marshall in style.

Again, we notice that the preamp volume control significantly boosts midrange as well as gain, and at lower settings the SC20C can sound a little bright and thin. But then again, few would use a JCM800 for mild overdrive tones anyway, so it’s hardly an issue.

Although the medium-sized cabinet and 10-inch speaker may not seem like a recipe for big tones, the SV20C’s sound belies its stature. Nevertheless, it’s also available as a head so we decide to try it through the tall 2×12 cab. The difference is marked, with extra volume, huge but tight lows and wide open clarity. We do notice some fizziness creeping in, but our suspicions fall on the V-Type speakers rather than the circuit.

The SV20H succeeds in channelling the spirit of a vintage Marshall head in a lower-power format and it delivers big-box Marshall tone at volume levels that are better suited to modern gigging and recording environments. The SV20H feels far less stiff than original 100W Super Lead we owned back in the day, and removing the necessity for ludicrous volume levels simply to sound any good is very welcome indeed. 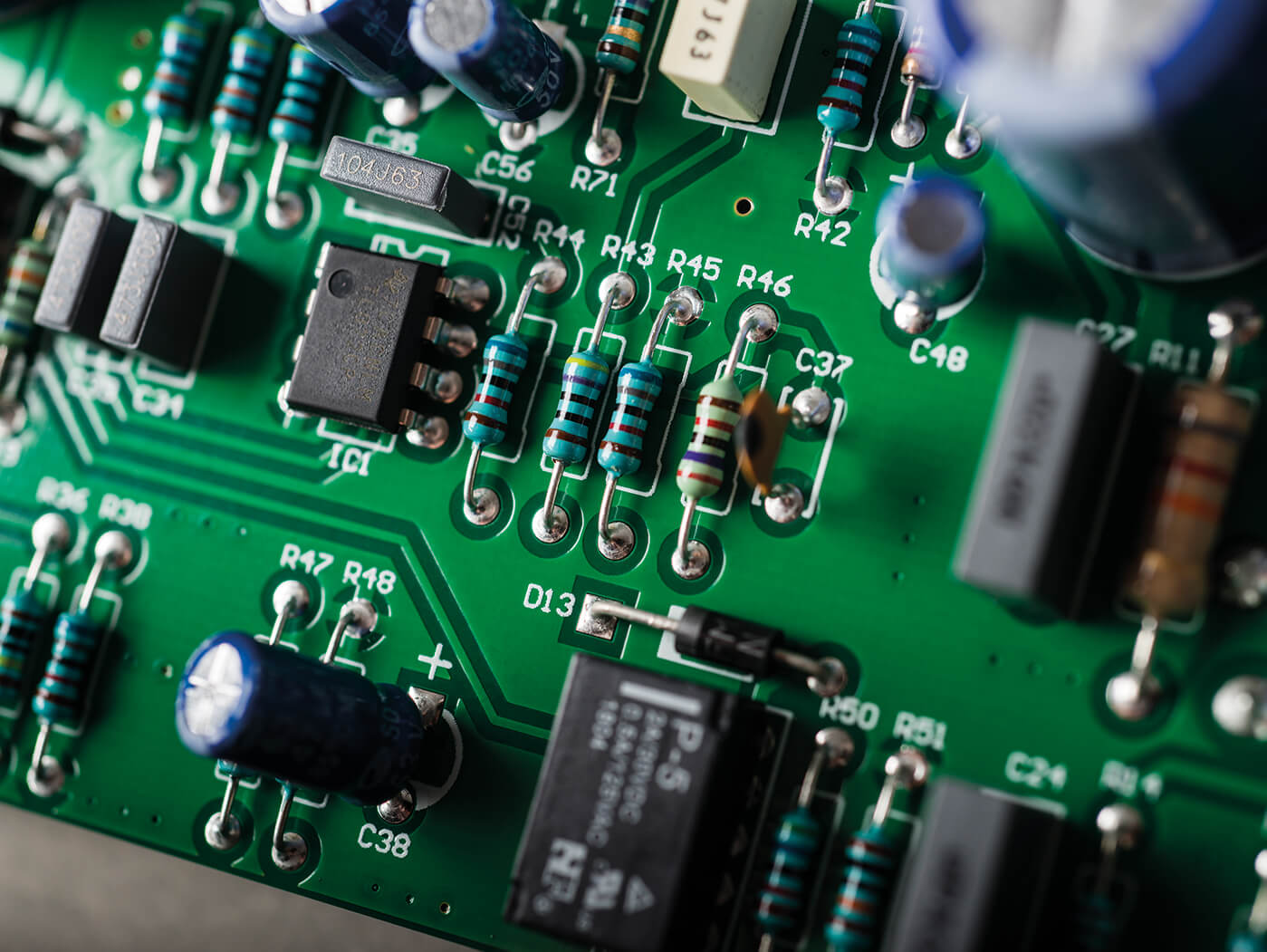 We can say the same for the SC20C, but it’s tempting to forego portability for tone and explore the head and cab route. Obviously, if you don’t like Marshall tones, you won’t like either amp, but we mean that as a compliment. Conversely, if enjoying the uncompromising sonic belligerence of Bletchley’s finest without breaking your back or perforating your eardrums appeals to you, Marshall’s Studio Series is exactly what you’ve been waiting for.