What difference does a power tube make? We put Blackstar’s smart new trio of 10-watt valve combos to the test and set sail on a transatlantic tone cruise…

Since its debut in 2007 at Frankfurt Musikmesse, Blackstar Amplification has progressively expanded its range to offer everything from point-to-point-wired boutique-style heads and combos to high-gain stacks, lower wattage amps designed with recording in mind and a market-leading battery-powered amp. The latest range on offer is the Studio 10 – three combos with deceptively similar specs, but differentiated by each housing a different power valve, slight variations on the control panel and, of course, their distinctive looks.

Using small amps for recording is a very practical idea, as they can be driven hard at a far more sociable volume than your average 100-watt stack. This approach has a proven track record, with such titans as Clapton, Page and Gilmour all having recorded some enormous tones in precisely this way.

Blackstar clearly had this in mind when designing the new Studio 10 series. While they retain the purist ‘one tone knob’-style approach of their forebears, these compact combos offer more up-to-date features and tonal flexibility, with different preamp tonestacks, a -10/+4 dB switchable effects loop, onboard digital reverb and a choice of power-valve flavour. There’s also the bonus of a speaker-emulated headphone/recording output, for when it’s not practical to mic the single 12-inch Celestion Seventy 80 speaker. 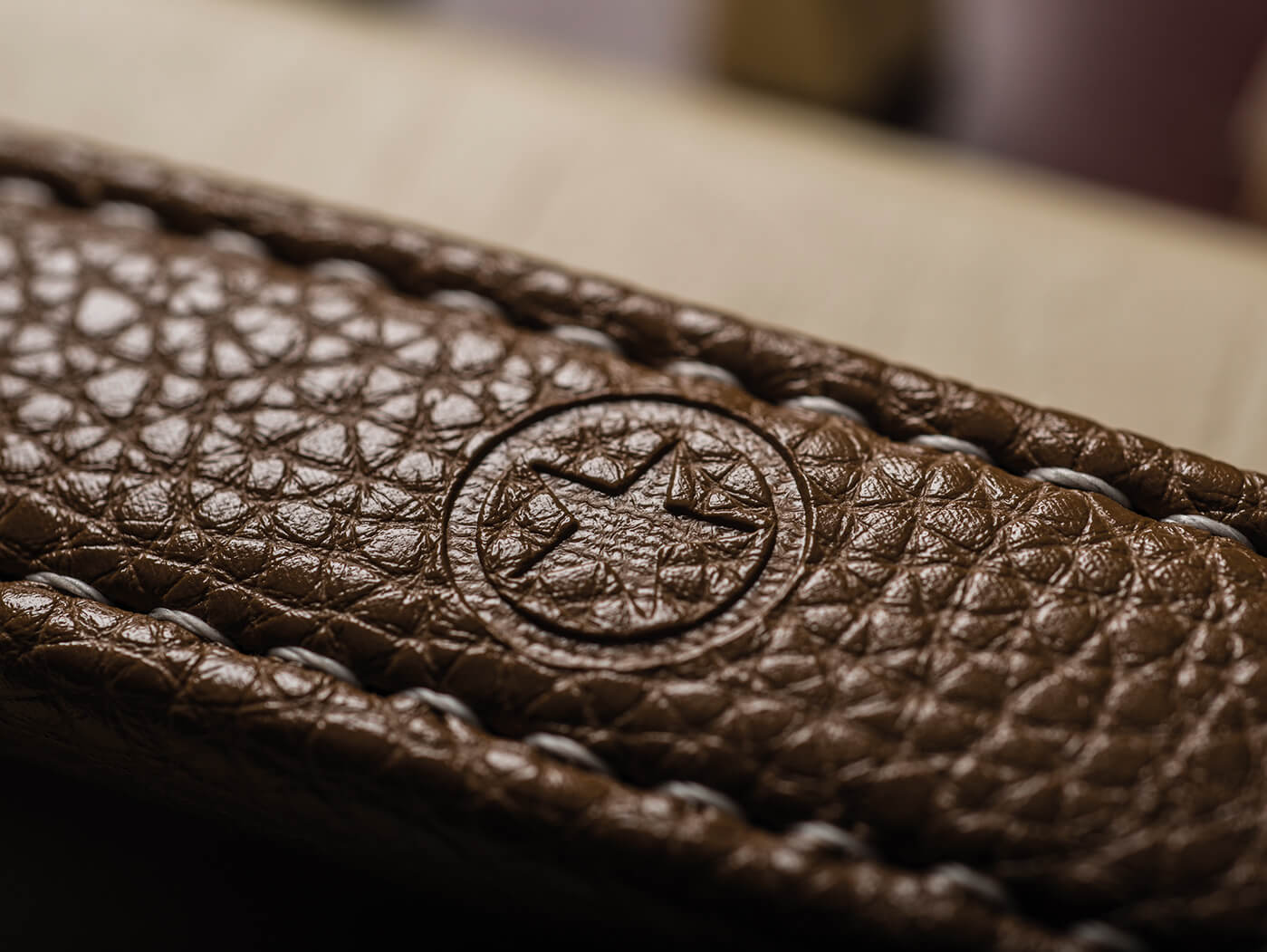 At a glance, the most obvious variation between these three amps is the different-coloured vinyl and coordinating speaker cloth for each model. Investigating further, each amp has a similar control layout – but they’re far from being three versions of the same ECC83/12AX7-driven preamp with EL34, 6L6, or KT88 output valves. Although even this alone would still make for an interesting comparison. 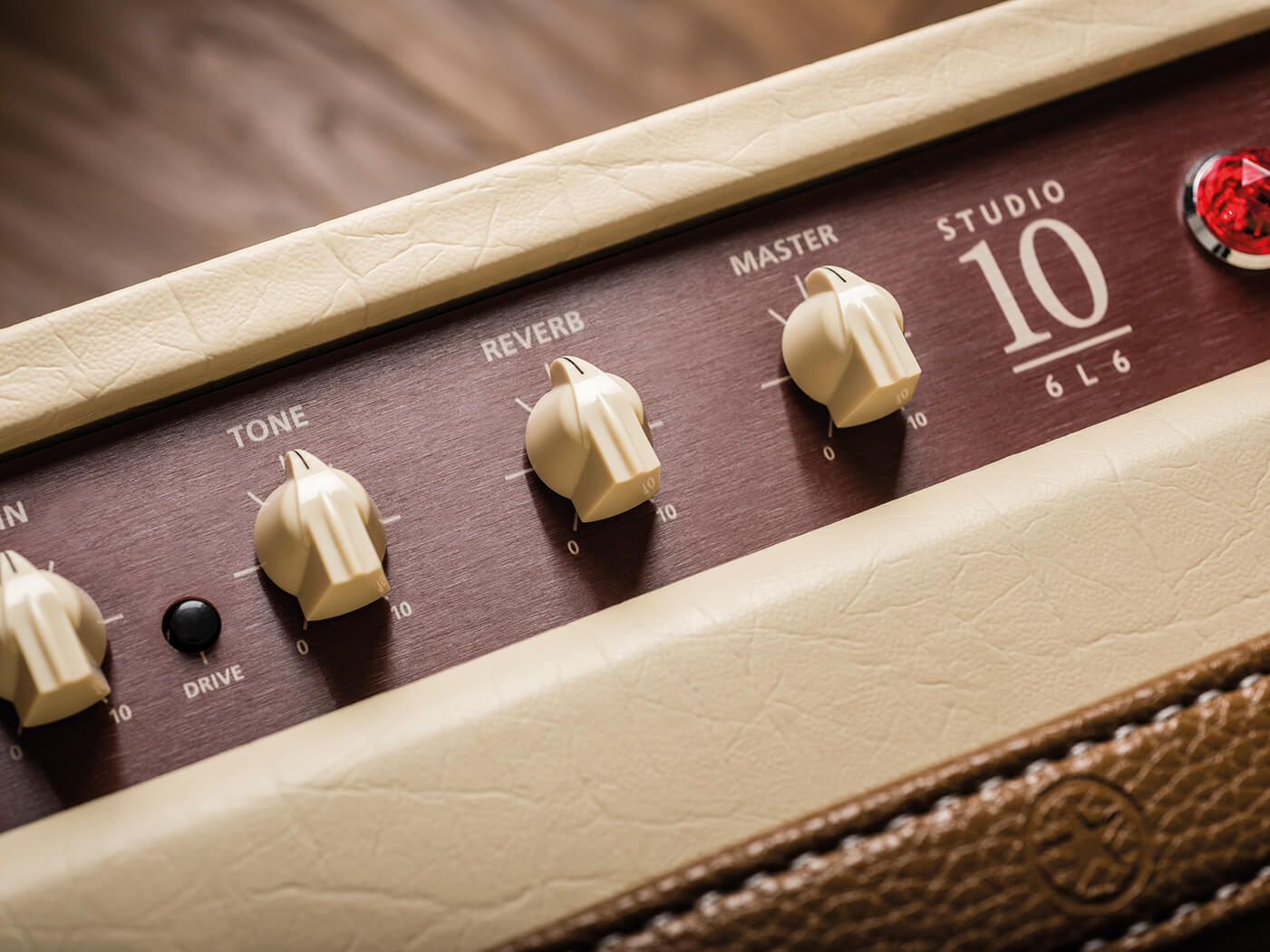 From left to right on the control plate, all have a single input jack and a gain control (which can be boosted via the small switch to its right, or the single remote footswitch provided). On the EL34 and 6L6 version, we find a single tone control, followed by reverb and master volume. The red jewel-light power indicator and metal standby and power switches complete the line-up. 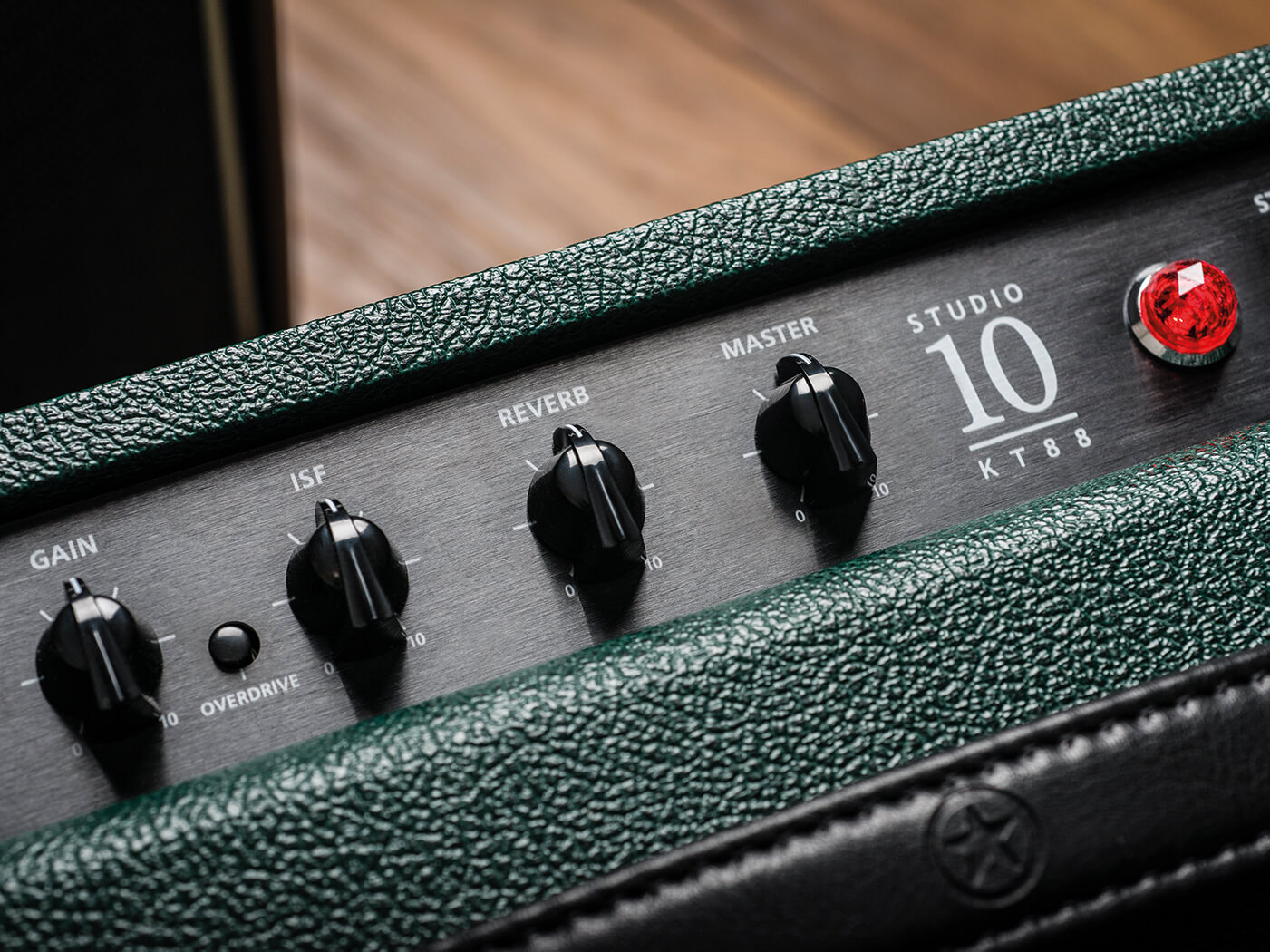 Looking over the KT88 version, we find an almost identical array, but for the inclusion of an ISF control in place of the tone knob. This is a unique feature on many Blackstar products, enabling you to shift from a more ‘American’ 6L6-style midrange character at zero, to a more EL34-inspired high-mid-focused ‘British’ character at 10, with all points between available, depending on your needs and taste. 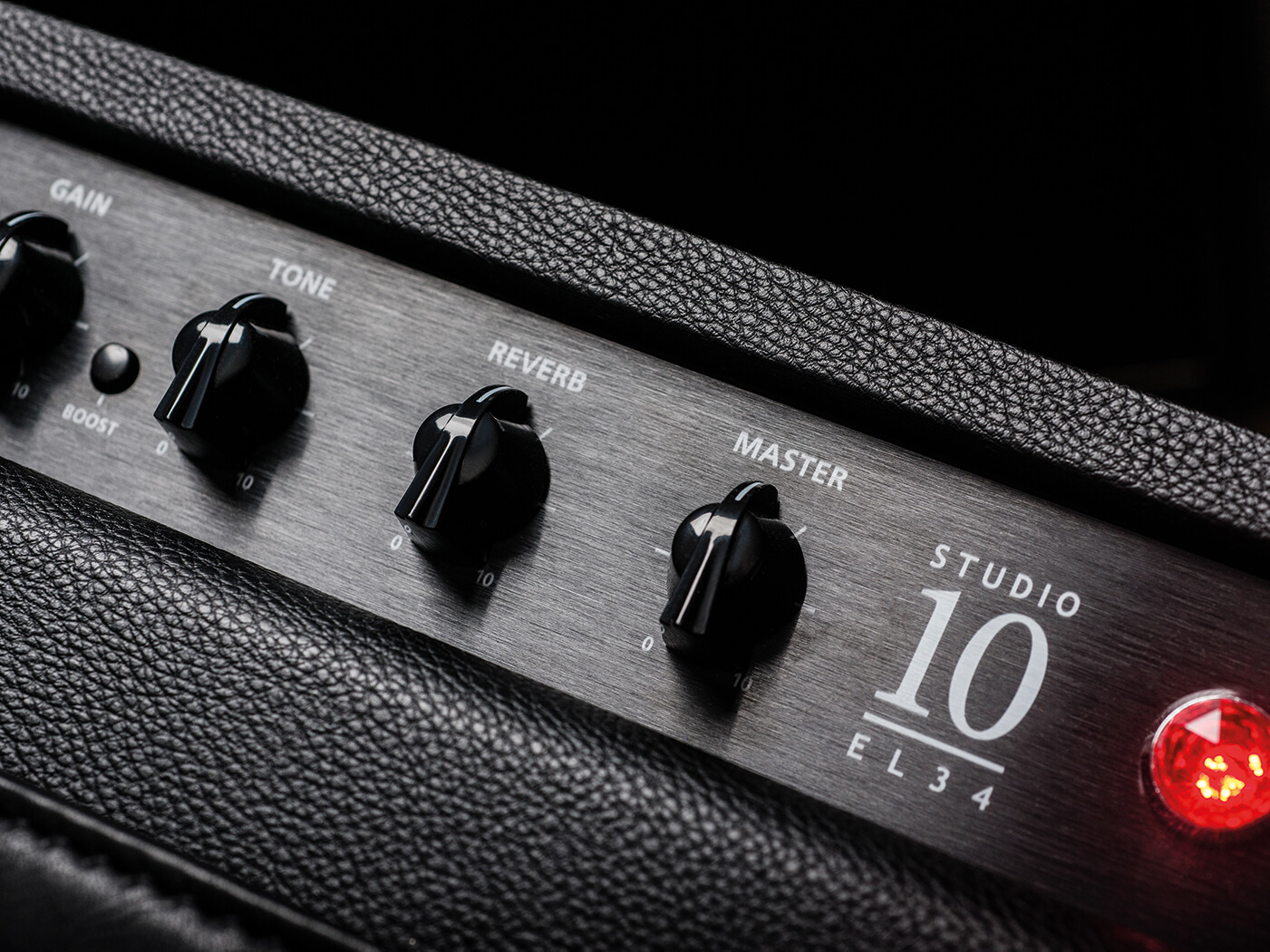 Plugging into the EL34 version and setting up a clean tone, we’re rewarded with the sweet midrange, controlled bass and clear but balanced highs these valves are known for. In non-boosted mode, the single ECC83 preamp starts breaking up gently at around one o’clock on the gain control, delivering more of a crunch the further clockwise we go. With the boost engaged, this process starts earlier on the dial and at maximum, will give you enough gain for driven blues or classic rock. The drive character has a midrange focus reminiscent of some of the more popular vintage overdrive pedals and a hint of the clean tone seems to remain present, even with the tone set low and drive boosted to maximum. This does make for great clarity and is particularly suited to single coils or brighter guitars. If you want to fight this amp’s inherent character and get brutal, you’ll need to add a drive pedal.

Firing up the 6L6 model, the soundstage seems much bigger, with the wide frequency range and slightly recessed mids we expect to hear from this kind of valve. Increasing the drive adds a pleasing crunch, enhanced by the boost – which is inspired by Blackstar’s own HT-Drive pedal here. There’s a pleasing low-mid ‘thud’ and even with single coils, there’s enough drive for a fat, sustaining lead tone. The best results come from running the tone control just below halfway, though the extra brightness further up comes in very handy for clean tones and higher-powered humbuckers. 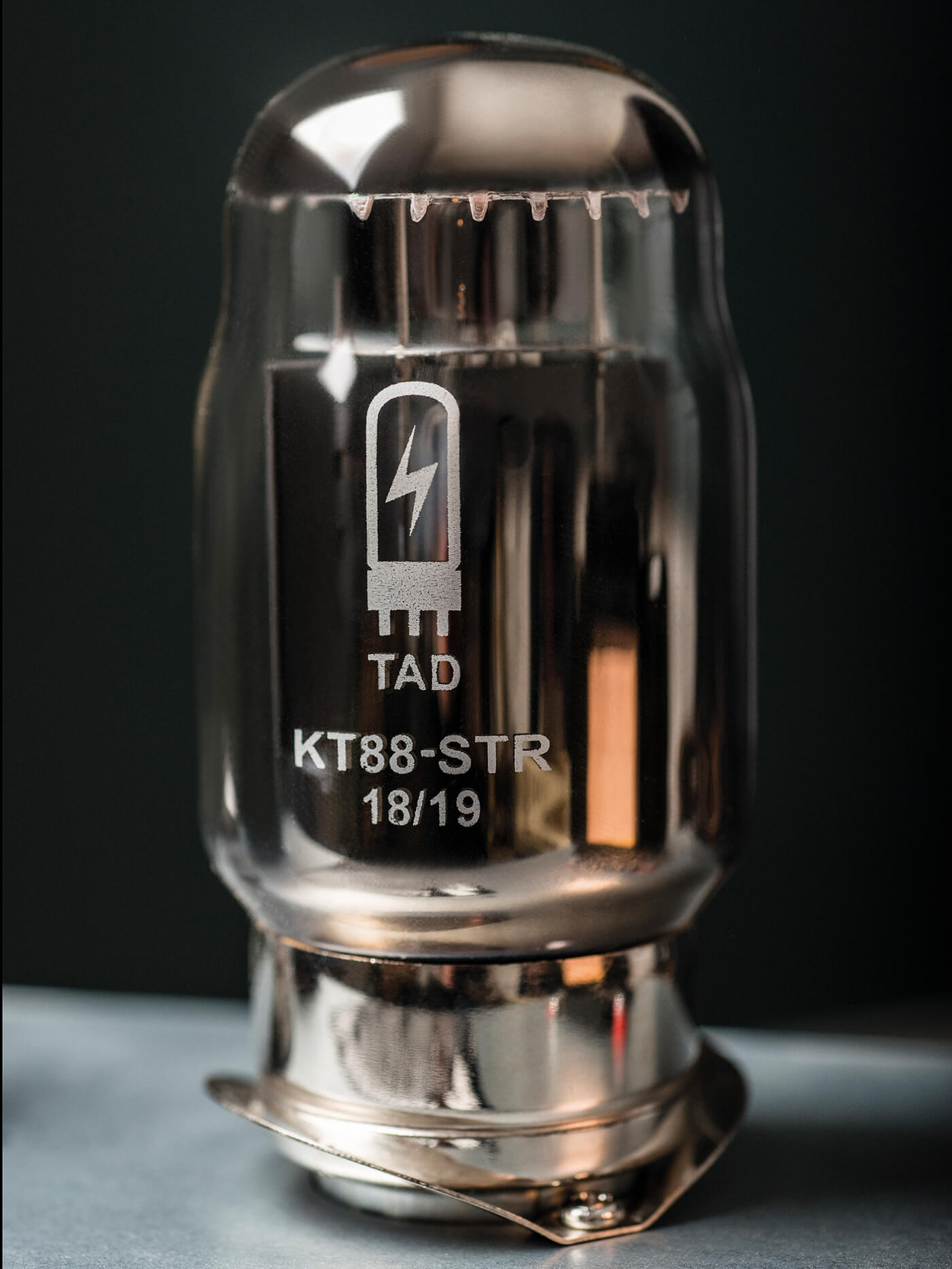 The immediate impression from the KT88 model is akin to a combination of both the EL34 and 6L6, with an extended frequency range, focused bass response and slightly fuller ‘British’ midrange. KT88s are known for being robust, with high headroom, and this amp is no exception. Cleans are excellent, and the ISF control is a simple but very effective way to change the character of the sound. Adding extra gain takes you through various very usable degrees of crunch, and switching in the boost adds plenty of gain, staying well defined to the upper reaches of the dial. Edging the ISF further clockwise for lead sounds smooths out occasional high-frequency peaks. 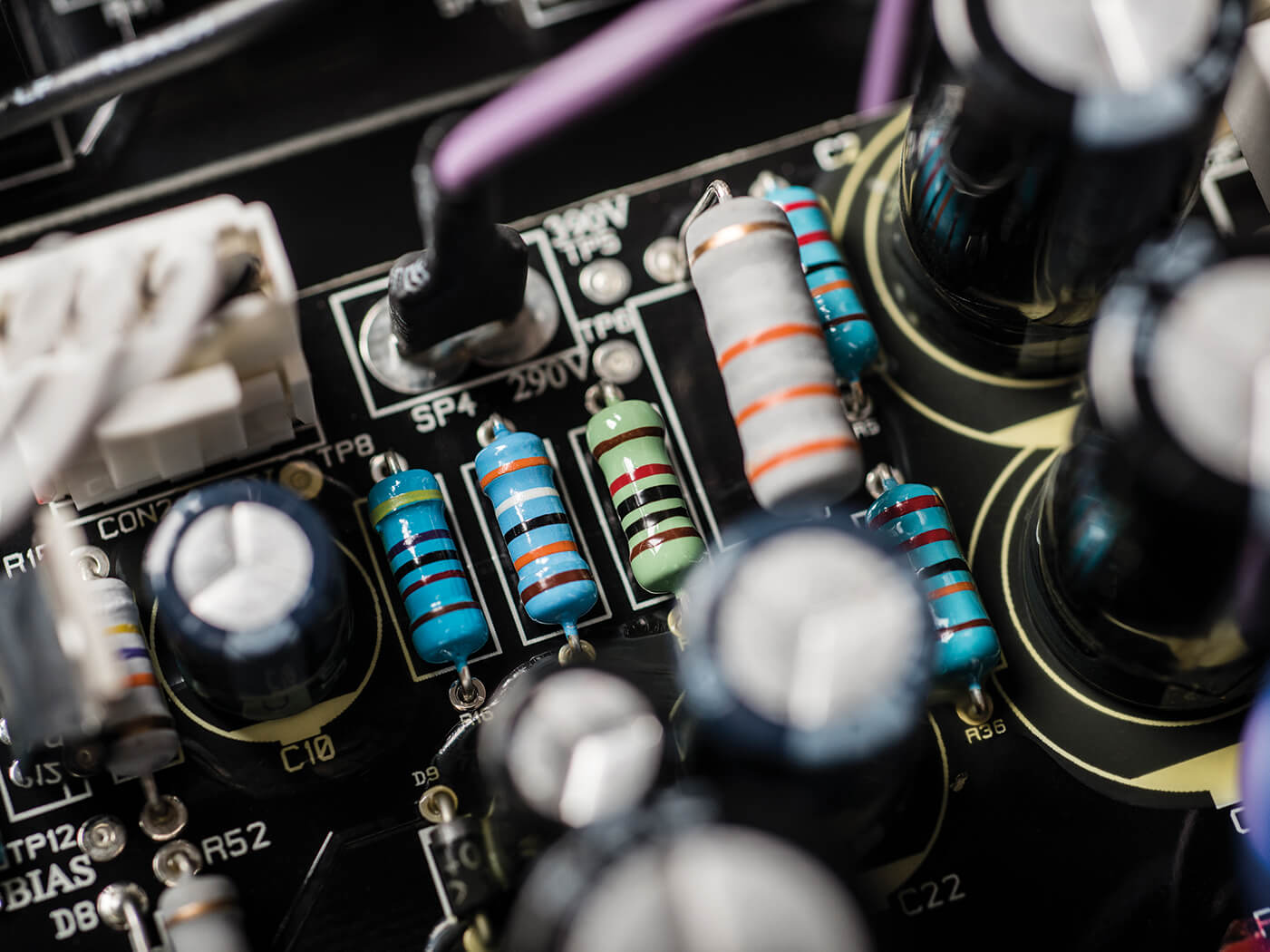 The digital reverb works beautifully and the partial open-back design delivers a wide spread of sound. However, there are also options for connecting alternative speaker cabs for a fuller low end; the speaker emulated out works well enough, too. Overall, each of these three little amps has a very distinctive character, and each delivers sounds the others can’t.