Blackstar gives its award-winning mid-price amplifier range an overhaul. We check out the new breed… 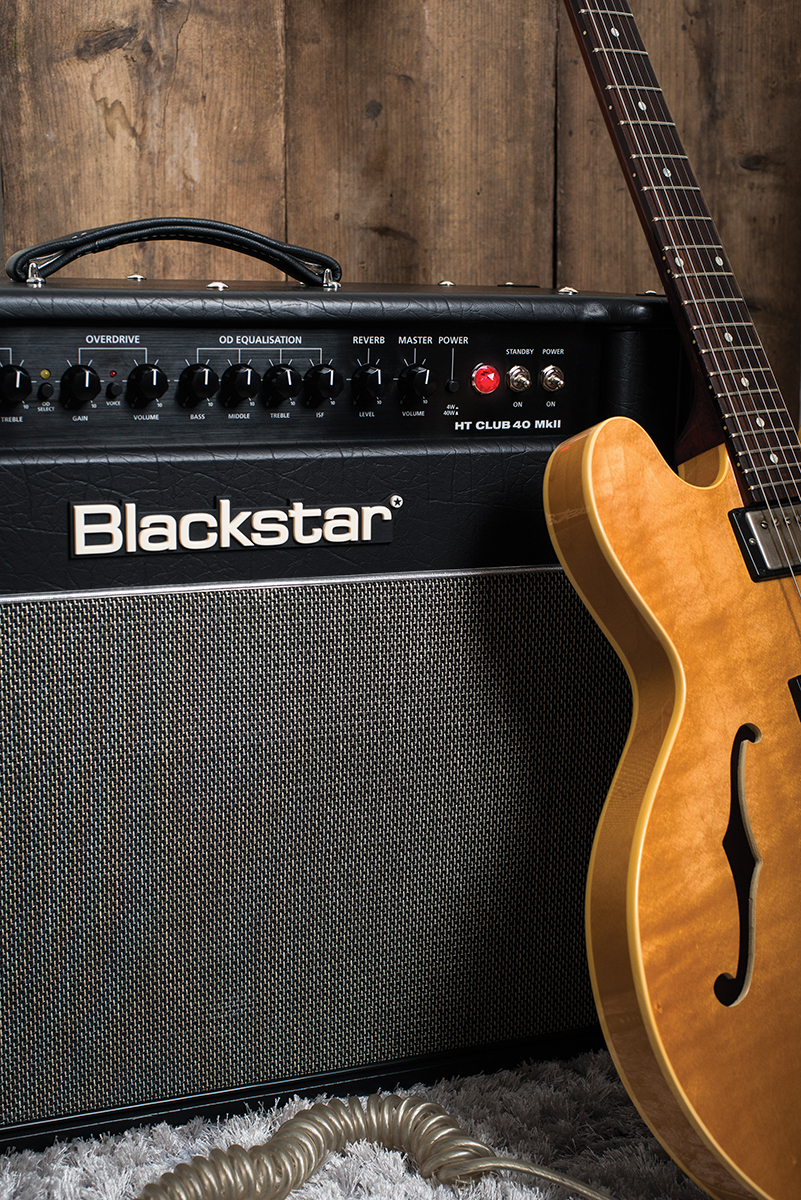 2017 was a big year for Blackstar Amplification. First, the company marked 10 years since its official launch at Frankfurt Musikmesse 2007. Despite a global economic backdrop that even the most generous commentator would describe as sub-optimal, the company soon outgrew the garden shed in which it was founded; today it’s one of the biggest players in the business.

The second reason for Blackstar to be cheerful was the news of a successful management buy-out, allowing the company to remain independent and the founding management to own a majority stake. Soon after, a merger with Gordon Smith and Auden was announced, adding the respected British electric and acoustic brands to Blackstar’s Dist-X arm that also handles the distribution of G&L and Alvarez in the UK and Ireland.

Then in October, Blackstar unveiled a new generation of its best-selling and multiple award-winning HT Venue amplifiers. HT Venue MkII goes way beyond a fresh lick of paint – the Blackstar design team have spent three years reworking the range from the ground up and incorporating features requested by players. The challenge was to make the class of 2017 out-perform the class of 2010 – no mean feat considering that the original HT Venue Series includes some of the most popular affordable valve amplifiers on the planet. 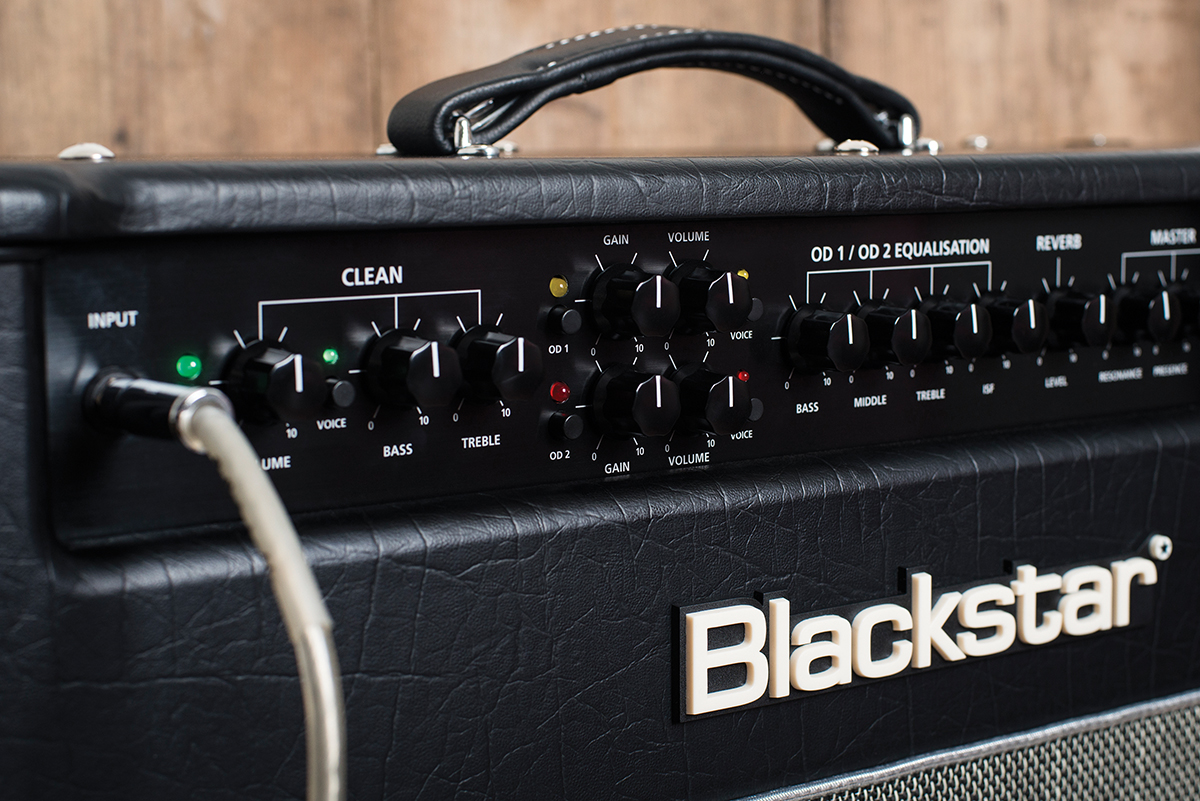 The original HT Venue Series also included a 20-watt Studio model but it’s been dropped time around, likely because the MkIIs come loaded with onboard power reduction… more on that shortly. Here, we’re taking a close look at the 1×12 Club 40 and 2×12 Stage 60 combos. At a glance they appear very similar to their first gen counterparts, but there are cosmetic as well as electronic differences.

Firstly, the new combos have been downsized for portability, making them slightly easier to fit in your car or van, and a fraction less dispiriting to load out of the bar at the end of the night. The Blackstar logo is a little smaller – seven years on from the first iteration of these models, the company is more confident and comfortable in its own skin, and it shows. Aesthetically, the whole package is classier, with the silver piping and silver and black speaker cloth hitting all the right notes. 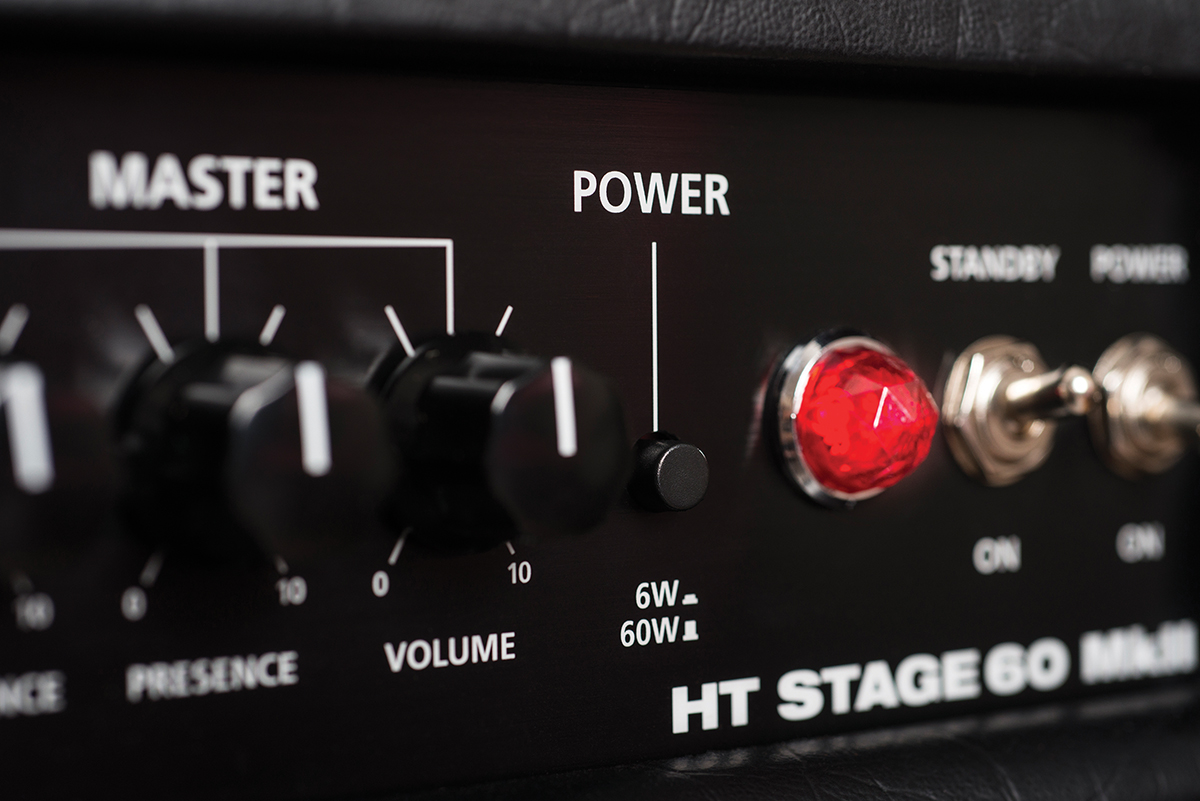 On the inside, robust through-plated PCBs are the order of the day, with low-noise and valve longevity intrinsic to the design process. EL34 power stages are used throughout the series, and although these are hybrid circuits with some of the drive being solid-state in origin, the preamp channels utilise multiple valve stages and hot glass is ever-present in the signal chain.

All of the amps in the range benefit from digital reverb circuits with two new voices. The irresistible rise in the quality of DSP in recent years has seen many players – particularly those who use lots of gain – move away from traditional spring reverb. That’s reflected here with a bright plate or darker room-style ambience on offer via a switch via the rear panel.

As previously alluded to, another new feature is a front-panel power reduction switch that provides a fixed level of attenuation equating to approximately 10 per cent of the full output power – ideal for home use and function gigs with draconian volume limits. If you are recording at home then the USB out allows you to send up to four channels of guitar signal to your DAW (including a dry signal for reamping), while in the more volume-friendly environments of a recording studio or big stage, the 12-inch Celestion Seventy 80 drivers have plenty of upper-mid punch. 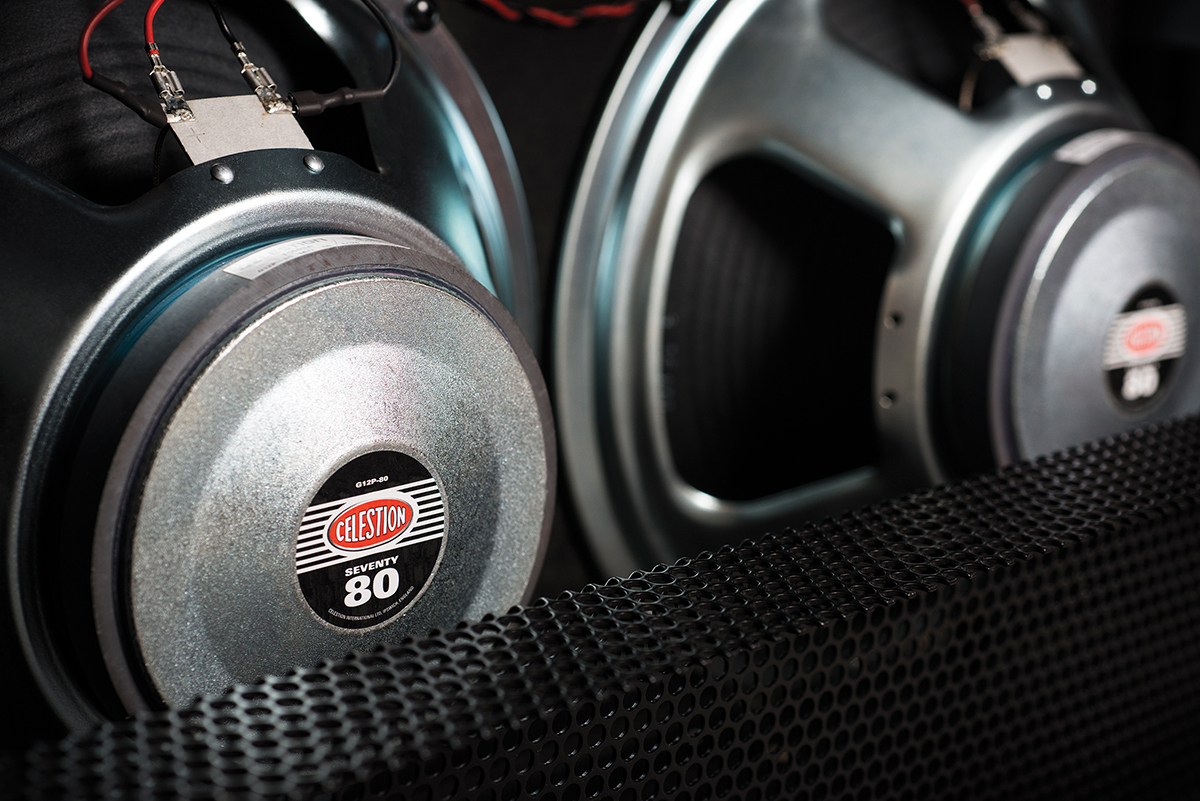 As if all that wasn’t enough, the optional five-button FS-14 footswitch (£69) gives you on-the-fly access to all of the channels and voices, a volume boost on every channel and reverb on/off. For gigs on the wrong side of the tracks, the HT Venue MkII amps also come with a Kensington Lock slot on the rear panel, allowing you to tether your amp to an immovable object such as a nearby handrail, or the lead singer’s ego.

Perhaps it’s the simplicity of a single row of knobs, but initially we’re drawn to the Club 40. Powering up, the noise level is low. Beginning with the newly revoiced clean channel, you get a choice of British and American accents and bass and treble controls to adjust to taste. That voice switch is doing much more than flipping between preset EQ curves – preamp voicing, valve gain structure and power amp damping are all altered.

Both reverb algorithms are nicely musical and despite the lack of a spring sound, turn the reverb level above noon in either light or dark mode, select the Brit clean voicing and you can get some vibey 60s-style pop tones. Back off the ’verb and dial up the volume to around two o’clock and a Vox-like crunch comes to the fore. Plug in a good Tele and flip to the bridge and you’ll find Petty, the Stones and the Club 40 at its most old-school. It’s infectious stuff. Here, dialling back the treble a little works best, but flip over to the American clean sound and you’ll want to do the opposite – cranking the gain and adding treble delivers tweed-like character and pleasing but less strident crunch. 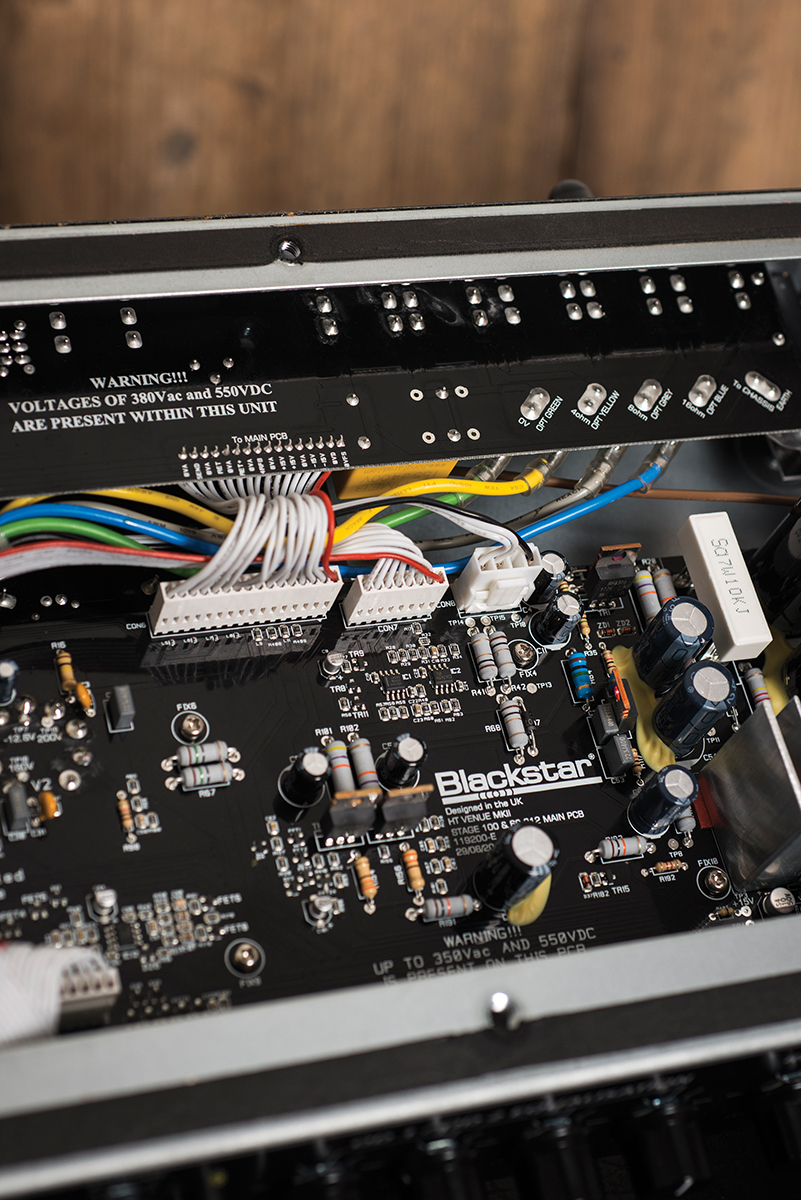 All this before you even flip over to the OD channel – when you do, it starts at AC/DC and goes to infinity and beyond from there. With OD 1 engaged we enjoy the string separation and dynamics offered by keeping the gain level around nine o’clock, and there are also a great deal of sculpting options available thanks to the mid control and ISF. OD 2’s modern voicing lives up to its name and supplies huge gobs of filth with girth and grind for chords and more than enough gain for pinch harmonics.

The 60 takes over where the 40 leaves off, adding more power, spread and control courtesy of the global presence and resonance controls and extra OD voicings. We’d sooner have a middle control on the clean channel, but players influenced by the dynamic alt-rock produced by the likes of Simon Neil and Matt Bellamy will find having a variety of flavours of dirt at their feet to be a real boon. Blackstar knows its market – we’d wager that if you liked the HT Venue series amps before you’ll find the MkII versions even more versatile. 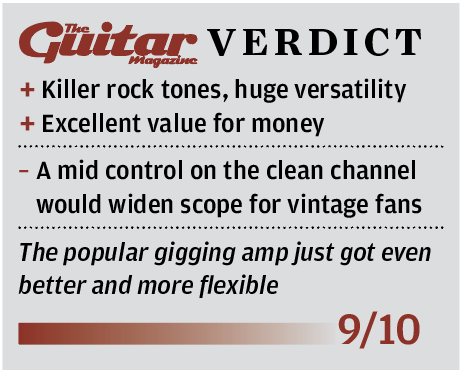 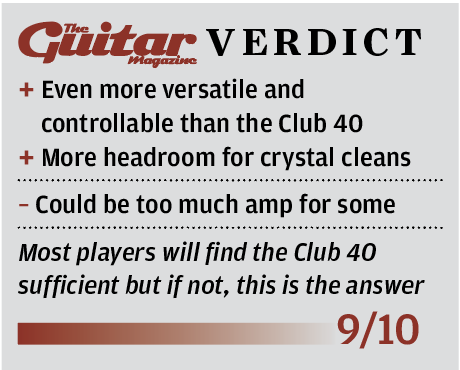