Gibson’s top-of-the-line Modern Collection model might be the most versatile Les Paul around, but will it scare off the purists? 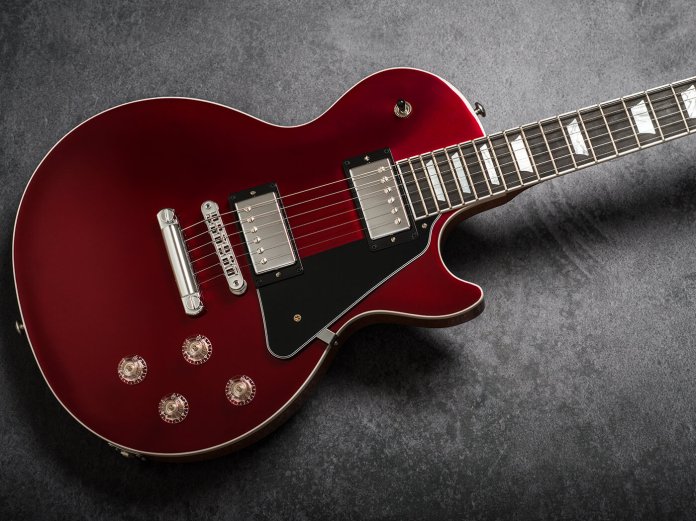 Gibson’s back-to-basics approach has seen the rejuvenated company streamline its electric-guitar catalogue and carve it up into three distinct ranges. The Original Collection and Custom Shop are the primary destinations for purists looking for vintage-style looks and specifications, while the Modern Collection is where you’ll find a mixture of the stripped down and souped up.

Sitting pretty at the top of the heap in the Modern Collection is the Les Paul Modern. During Henry Juszkiewicz’s reign, this model would probably have been called the 2020 Les Paul Standard – it certainly inherits a few features from some of Gibson’s more experimental riffs on the ‘Standard’ theme. 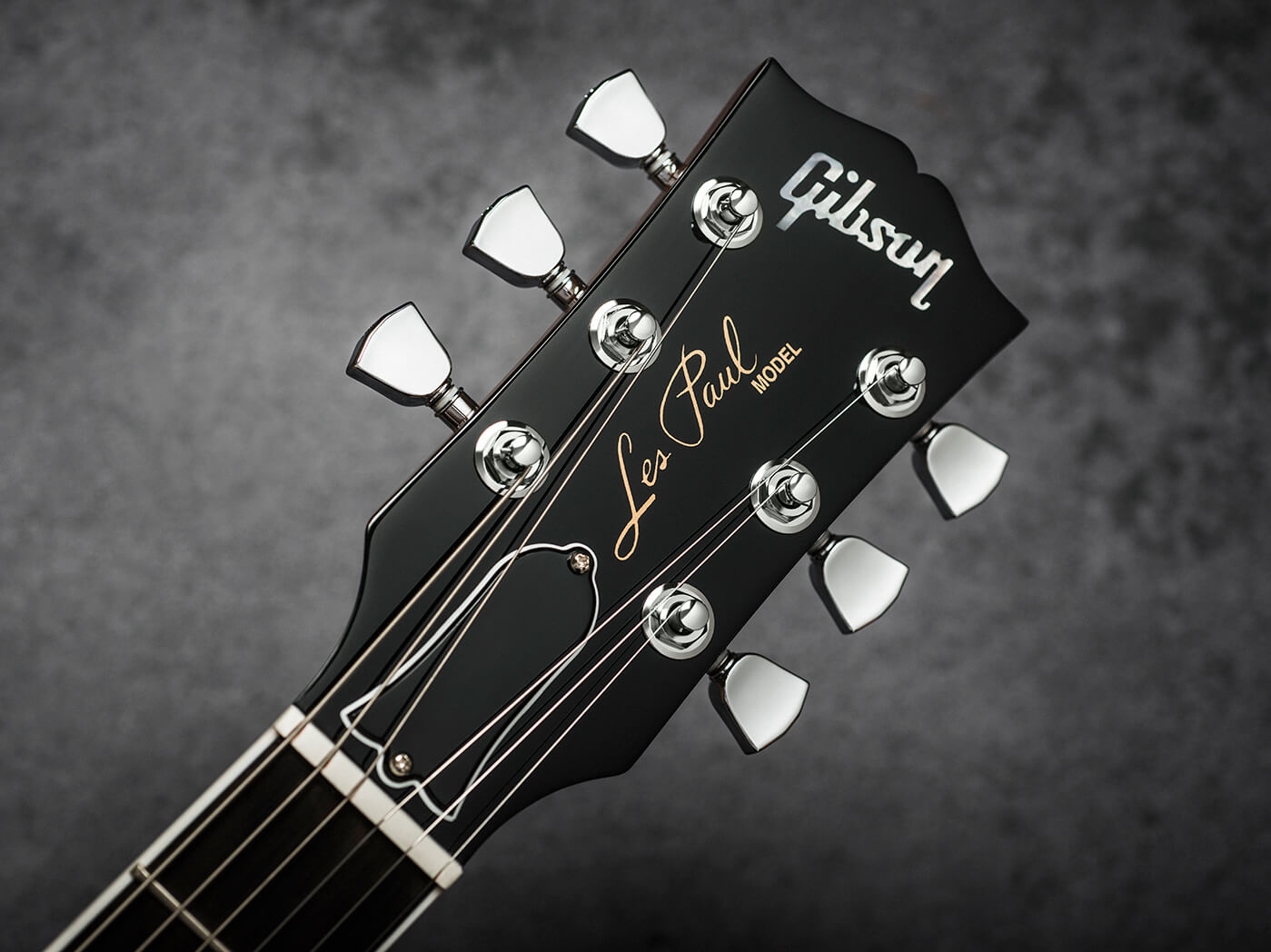 The chief alterations to the classic recipe are an ‘Ultra-Modern’ weight relief pattern, a slim-taper neck with an asymmetrical profile and contoured heel, a 10- to 16-inch compound radius ebony fingerboard with binding but no nibs, locking Grover Rotomatics and an aluminium Nashville Tune-o-matic bridge that’s secured in threaded inserts rather than screwed straight into the body. 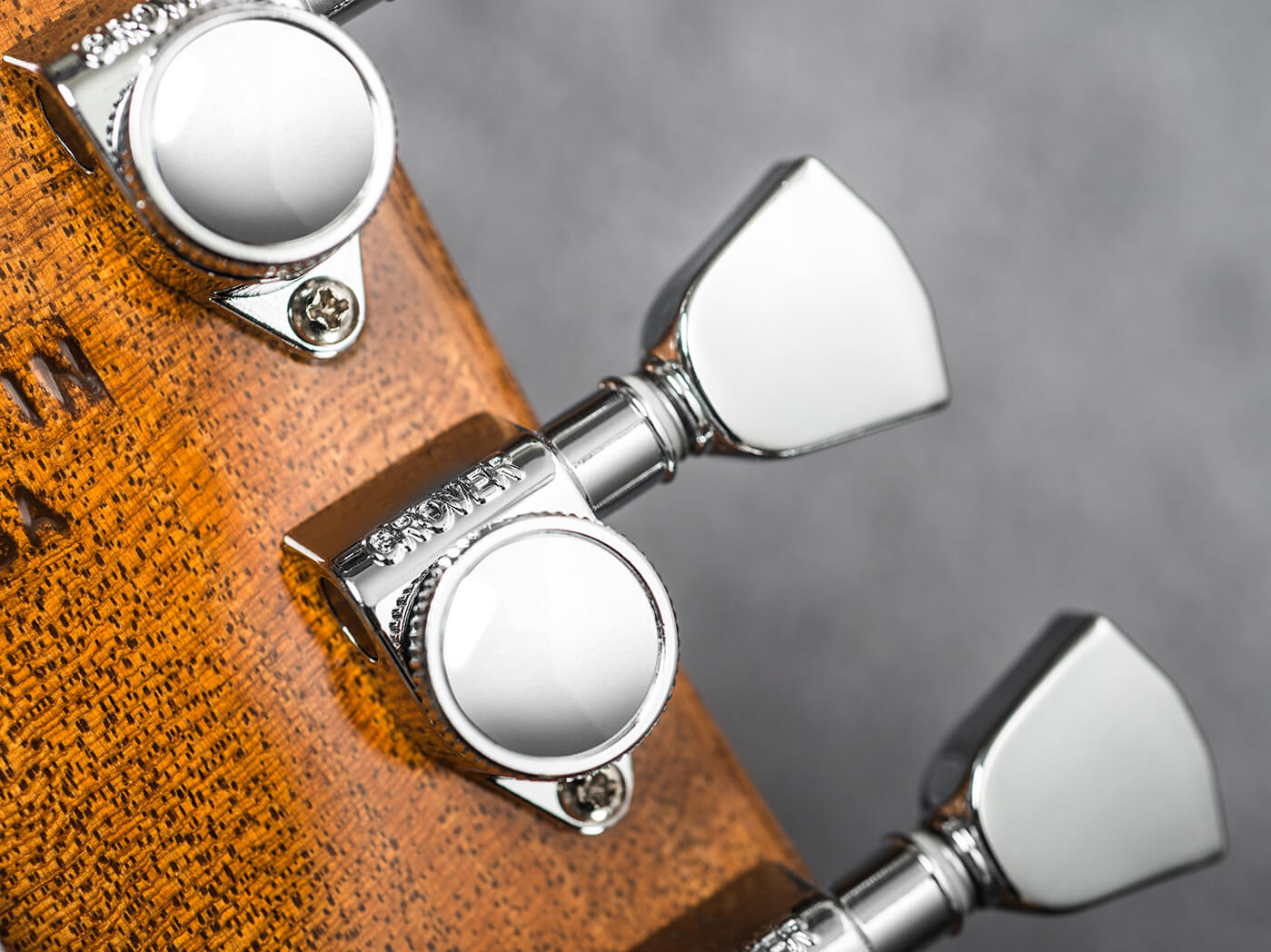 The binding is bright white and the hardware a mirror-like chrome, while the mildly futuristic clear top-hat knobs provide access to a quartet of push/pull potentiometers hard-wired to an internal PCB. 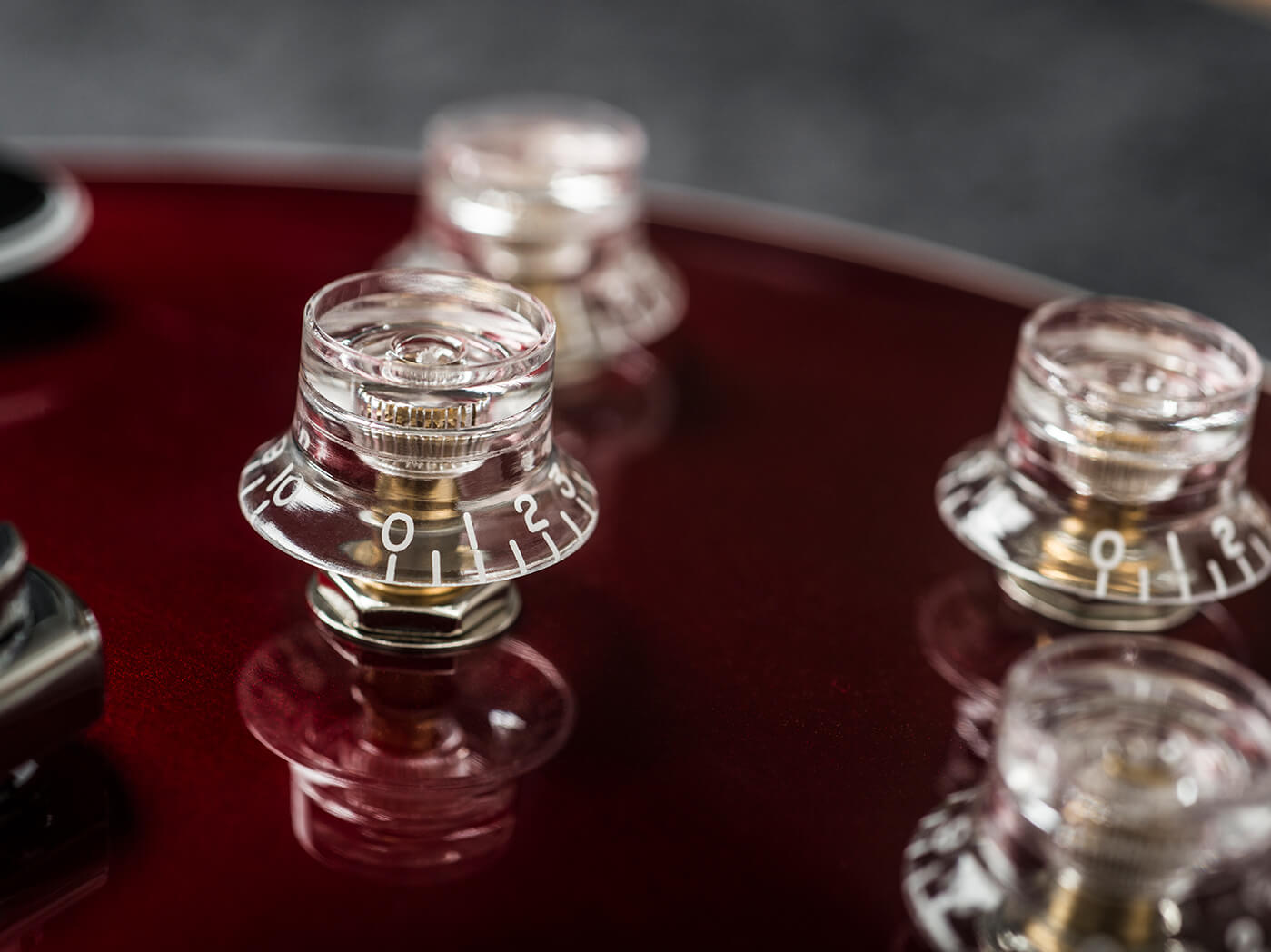 Although the brown-stained neck and back has the kind of hue you’d have found on Goldtops of yesteryear, the Les Paul Modern is offered with a trio of eye-catching metallic tops: Faded Pelham Blue, Graphite and Sparkling Burgundy, with the latter featuring on our review guitar. Aside from a few areas of slight bleed into the white binding, the finishing looks sharp, without a hint of ‘orange peel’ – and the deep, blood-red top really pops when framed by the binding and sides.

Modern it may be, but this Les Paul isn’t so radical a rewrite that it feels in any way alien. In fact, played acoustically, the formula is very familiar. Although its mahogany body is heavily chambered, this 3.9kg/8.8lb guitar is still reassuringly substantial, with a smooth and balanced unplugged voice and no shortage of sustain above the 12th fret. The body thickness may be 10mm shallower than usual behind the contoured heel, but it doesn’t seem to have a negative sonic impact. 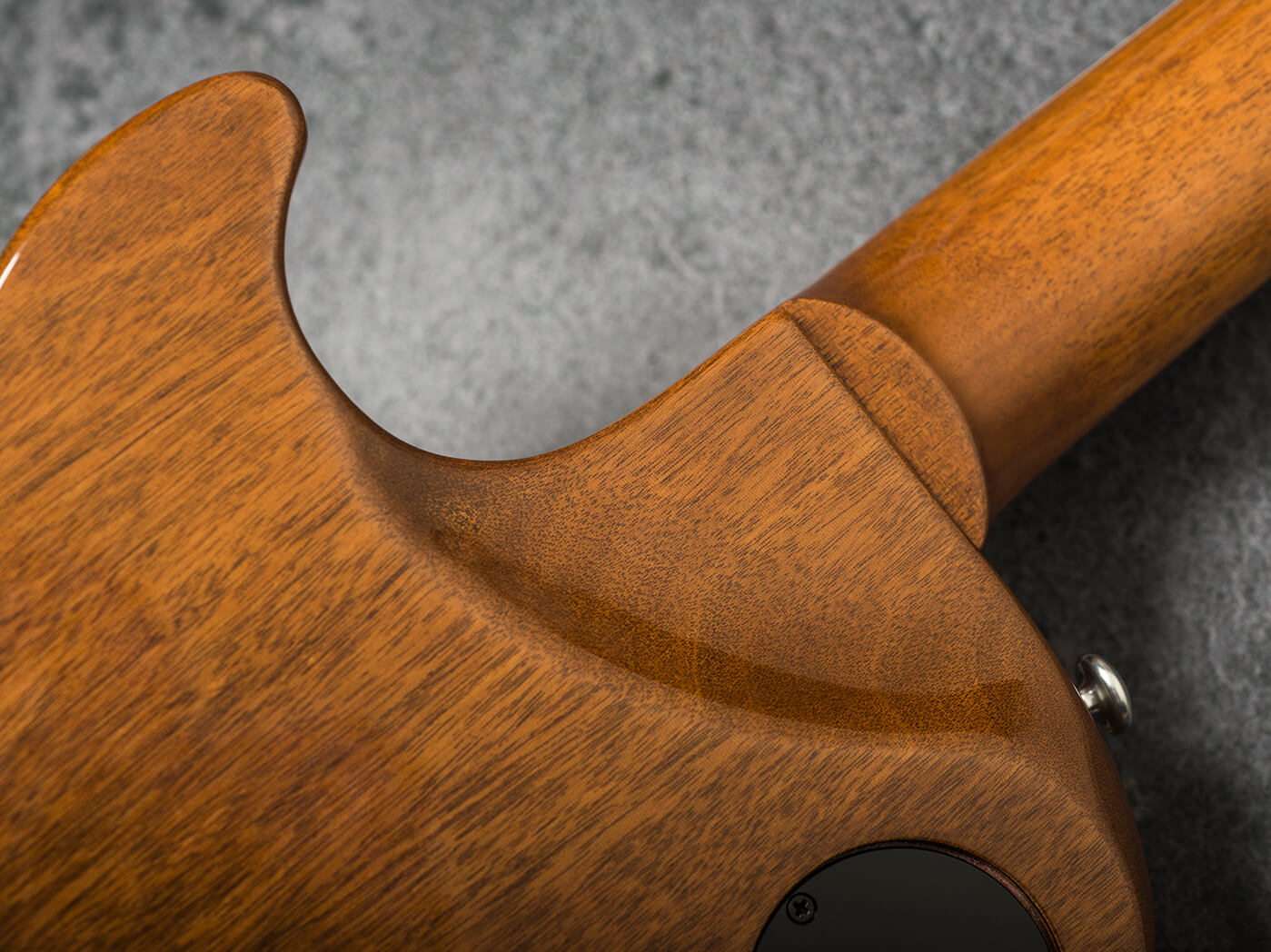 The asymmetric neck carve is subtle but effective. The slightly more rounded bass side and skinnier treble-side taper combine with the compound-radius fingerboard to offer a smooth, comfortable ride, but it’s definitely not a modern shred profile – relatively small medium-jumbo frets serve to keep things firmly in the ‘classic’ ballpark and may alienate more technical players. 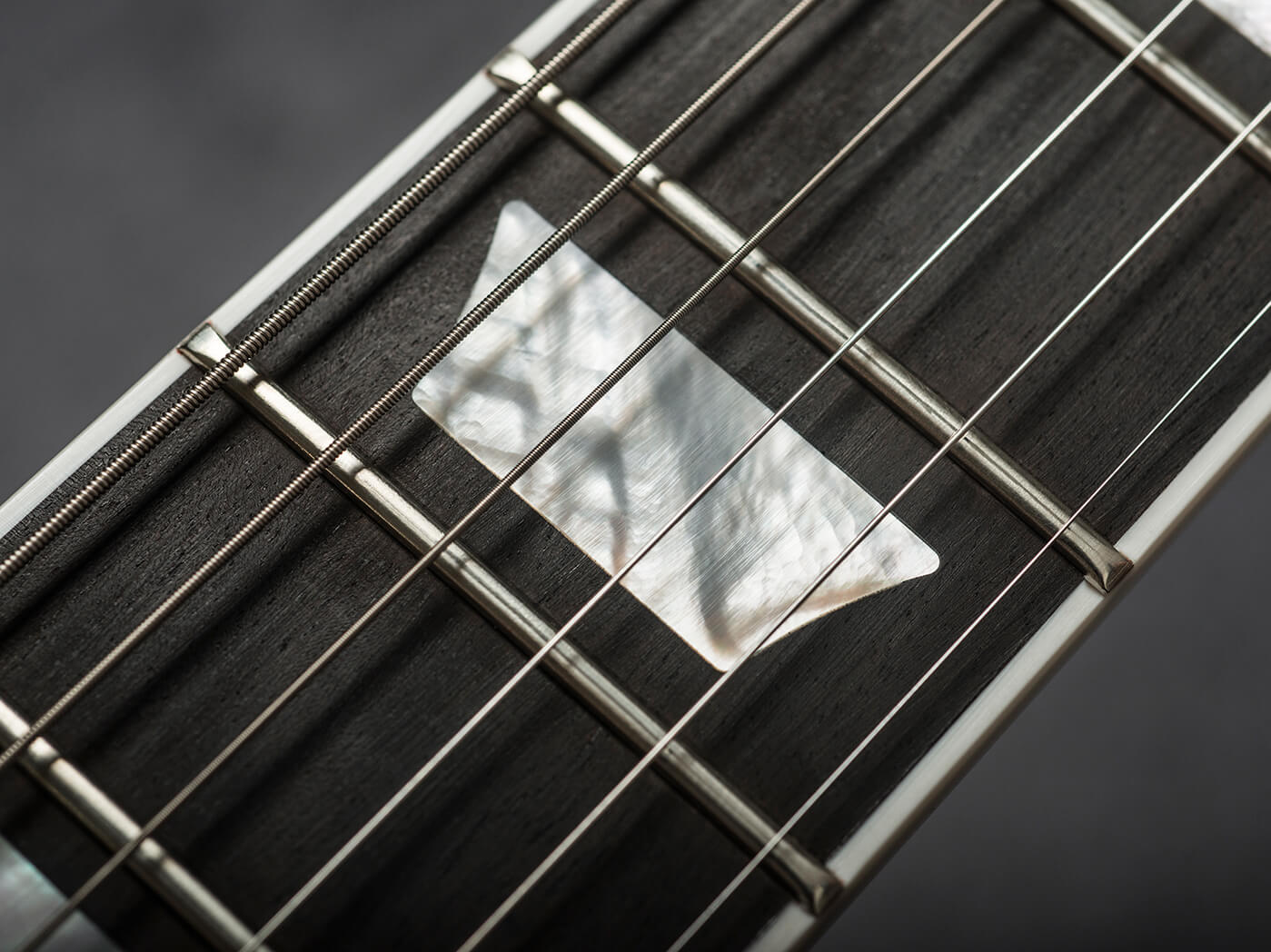 That said, it’s one of those guitars that encourages the more stoic among us to be a little more daring. Although there’s still a fair bit of mass to negotiate – this isn’t an SG, after all – when you get to those upper registers, the slinkier heel area makes soloing above the 17th fret considerably easier than on a traditionally constructed LP Standard. 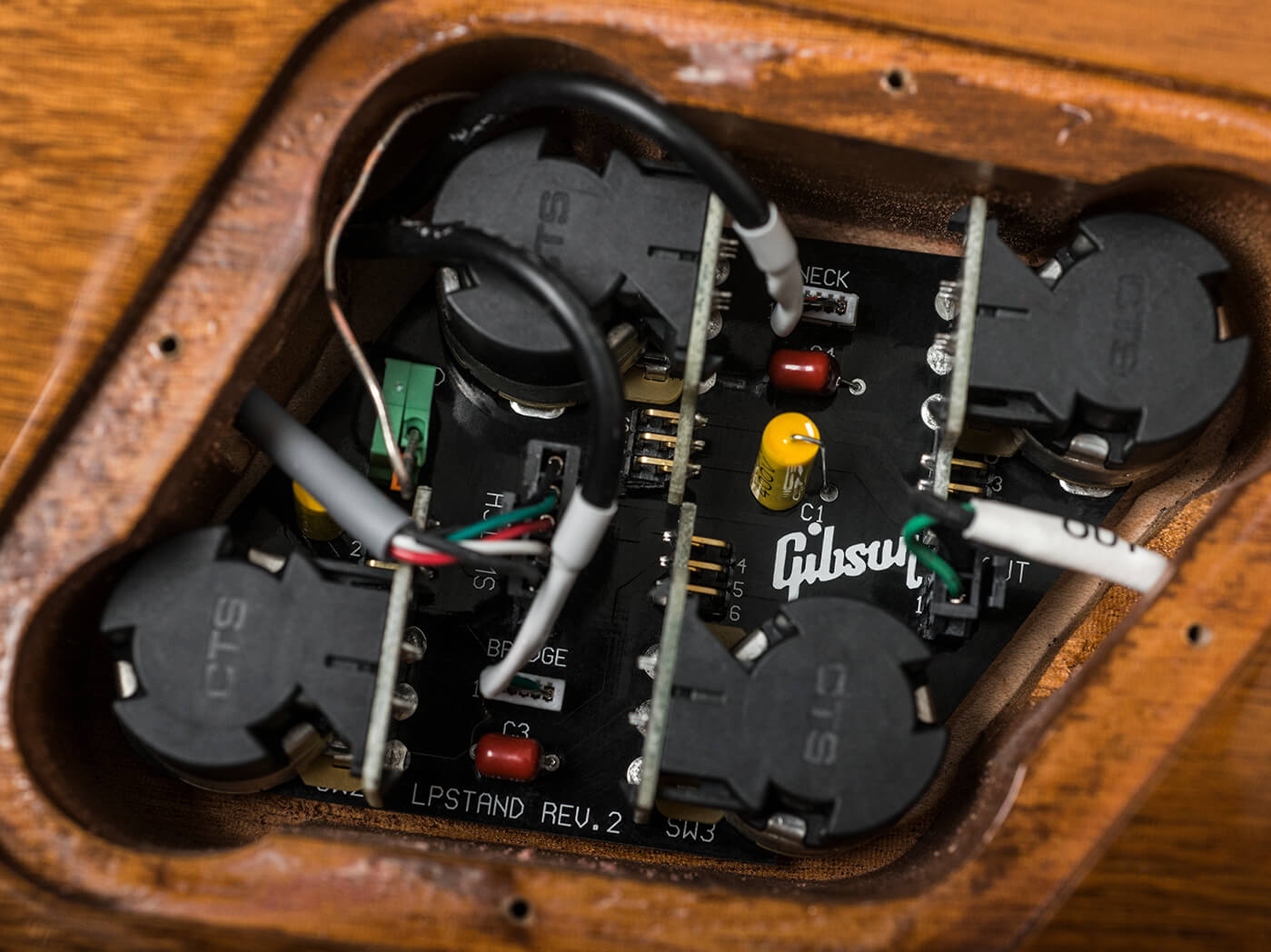 Beginning with the full-fat humbucker tones, we’re greeted with plenty of treble, clarity, dynamic range and articulation – gone are the days when a new Gibson neck pickup is likely to sport a woolly blanket. With a clean tone and spring reverb, it’s easy to get lost in a seriously expressive pool of tones that remind you there’s so much more to these guitars than hard rock. While original PAFs, Patent Number humbuckers and expensive PAF clones might get closer to the sonic high-water mark of the golden era, Gibson’s pickups have made significant strides in the right direction of late.

Gibson is keen to describe the LP Modern’s single-coil voices as having P-90 characteristics, so we pull up the volume pots to see how close they get. Unlike many coil-split circuits, there’s no significant drop in level when switching from full humbucking mode, so that’s a good start. The treble softens and you do hear some of the wiriness, chewy midrange and nasal single-note tones that characterise Gibson’s iconic single-coil. The LP Modern isn’t going to fool anyone in a blind comparison with an old P-90 Goldtop or Special, but the single-coil voices here provide some interesting colours in their own right and respond particularly well to gain. We can imagine them being a real boon for your function-band gig.

The neck pickup’s phase switch, on the other hand, does result in a big drop in output – but it hollows things out nicely for percussive funk and scratchy ‘special effect’ lead tones. Flip to the pure bypass mode, however, and it’s the other end of the spectrum entirely. The additional kick and upper harmonic presence it brings to the bridge humbucker is tailor made for those big rock riffs and show-stopping solos. 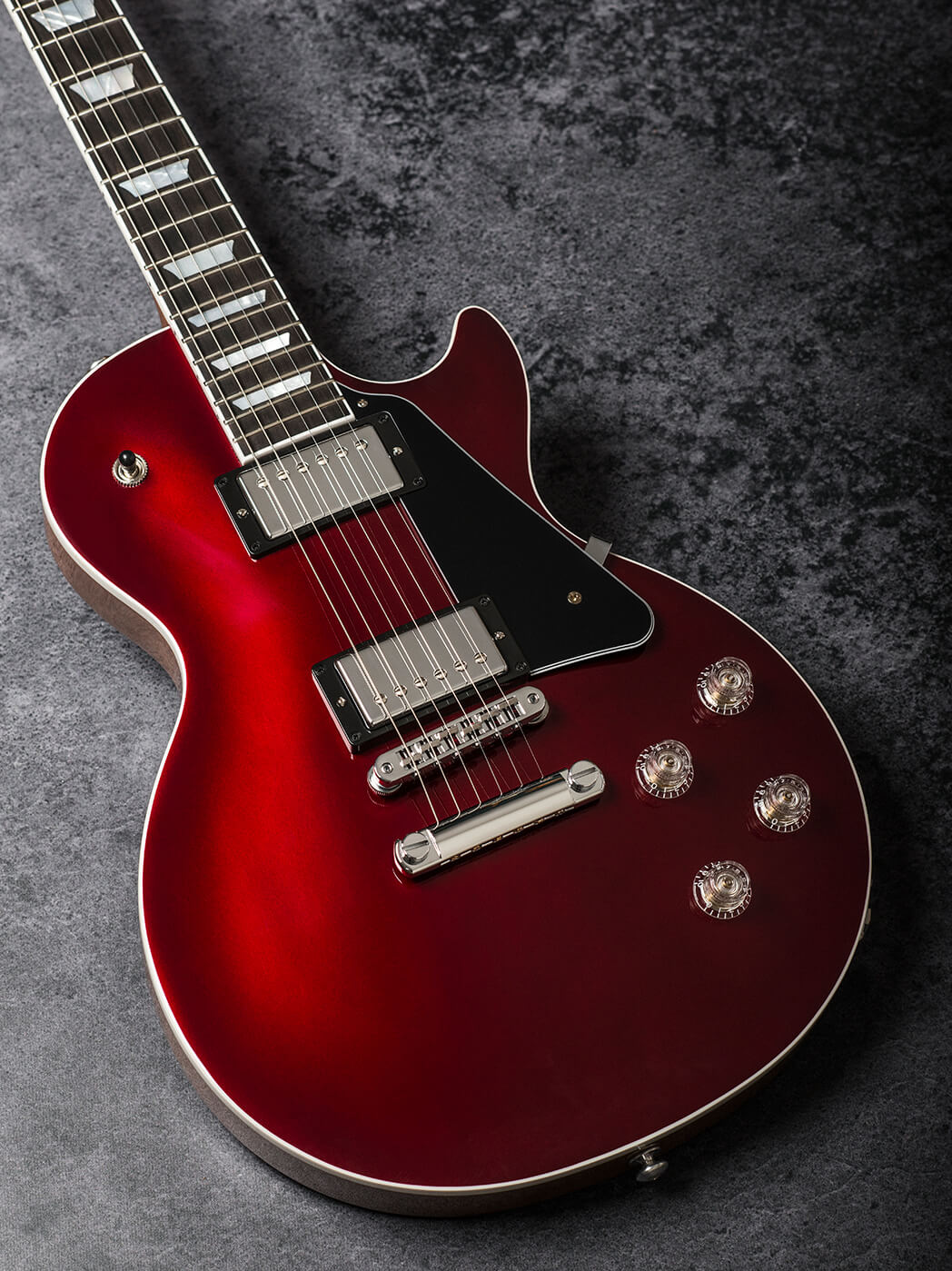 The Les Paul Modern might not have the romantic allure of a heavily aged Burst reissue or even a flamey Standard, but it’s a seriously versatile performance tool. With no built-in effects or Robot Tuners in sight, it feels like a contemporary take on a classic design rather than a gimmick and it retains enough essential Les Paul DNA to keep a high proportion of Lester fans happy.