From a Canadian luthier with a background in furniture design, this unique guitar is brimming over with engineering innovations – but what on earth is it going to sound like? 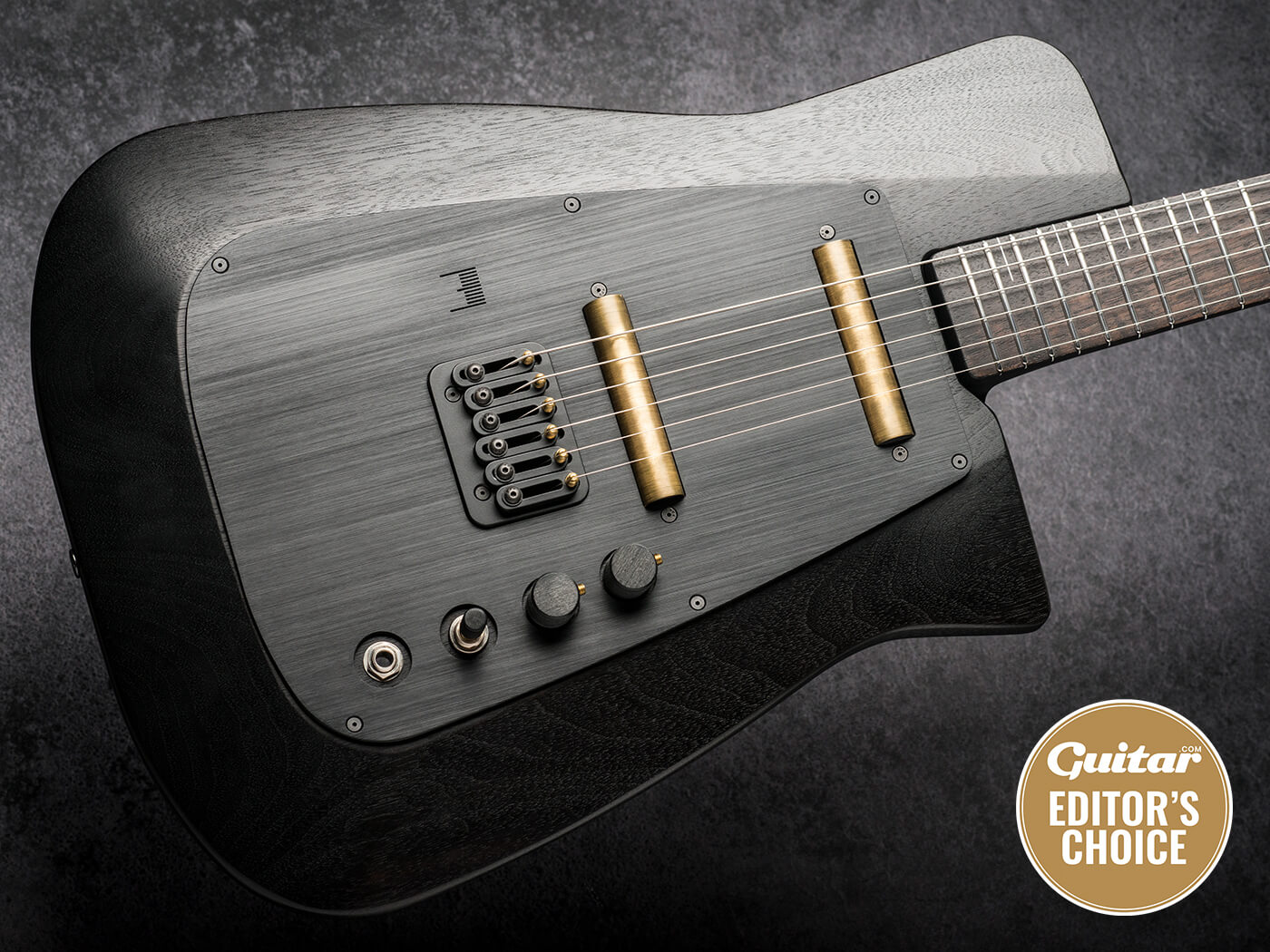 A strangely desirable mix of ultra-hip design and retro tone.

Bored with the 20th century conventions of electric guitar design? Point your discerning peepers at the Millimetric Instruments MGS2, a Canadian-built six-string that manages to be at once ultra-chic and fiercely futuristic. We can’t decide whether it belongs in a Copenhagen loft apartment or on the set of Blade Runner.

Founded by Florian Bouyou, who studied graphic design and furniture making before turning his hand to luthiery, Millimetric is all about custom builds – so the guitar in this review isn’t actually available to buy and the price we’re quoting is a rough guide. UK distributor James’ Home Of Tone is your point of contact, and all aspects of the build – from timbers and pickups to the colour of the eco-friendly finish – can be specified by the customer.

The basics, though, are distinctive enough that a Millimetric is never going to be ordinary. Buckle up and we’ll run through the specs.

Actually, we’ll start with the hard case, which is made by Canadian firm Nanuk and appears to have been designed for the safe storage of nuclear waste. It’s very tough indeed, robust enough to fly with and comes complete with casters – which is just as well because, while the guitar itself weighs less than 3kg, the case is over 10kg.

Our review instrument’s black walnut body and neck (with a separate fingerboard that’s also black walnut) have a pleasing satin finish and the flat-backed body tapers to an audaciously thin edge on all sides. The rear panel is transparent so you can see the minimal electrics, while the scratchplate is made of brushed acrylic, with a subtle ‘M’ logo just above the fixed bridge.

That bridge is a Millimetric original, and its most striking feature is that the saddles are brass grub screws with notches for the strings. It’s a simple system, but an effective one – string pressure keeps the screws in place and action adjustments are easy. It feels absolutely solid and has clearly been engineered with supreme attention to detail.

Those screws are matched by the markers on the volume and tone knobs and the same brass finish is found on the barrel-shaped pickups. These are described as a hybrid of Danelectro-style lipstick and Strat-style single-coils and they’re mounted to the guard by flush hex screws.

That’s about it for the body… oh, but what about strap buttons? Don’t we get any? Um, no, but that doesn’t mean you have to play this guitar sitting down: the mounts for the included strap locks are recessed within the guitar, so as to avoid spoiling that oh-so-elegant silhouette.

The 25.5-inch-scale neck is attached by four bolts, with a neatly carved heel, but this is arguably as much a through-body design as it is a bolt-on: the rear part of the neck carries on for so long beyond the fretboard that the strings are anchored in it rather than the body. It’s a skinny neck, with perfectly finished frets that end about a millimetre short of the edges: enough to keep things slick, but not so much that you’ll fall off when you go for big vibrato on either E string. Note also the fret markers, which are super-discreet but still clearly visible from above. 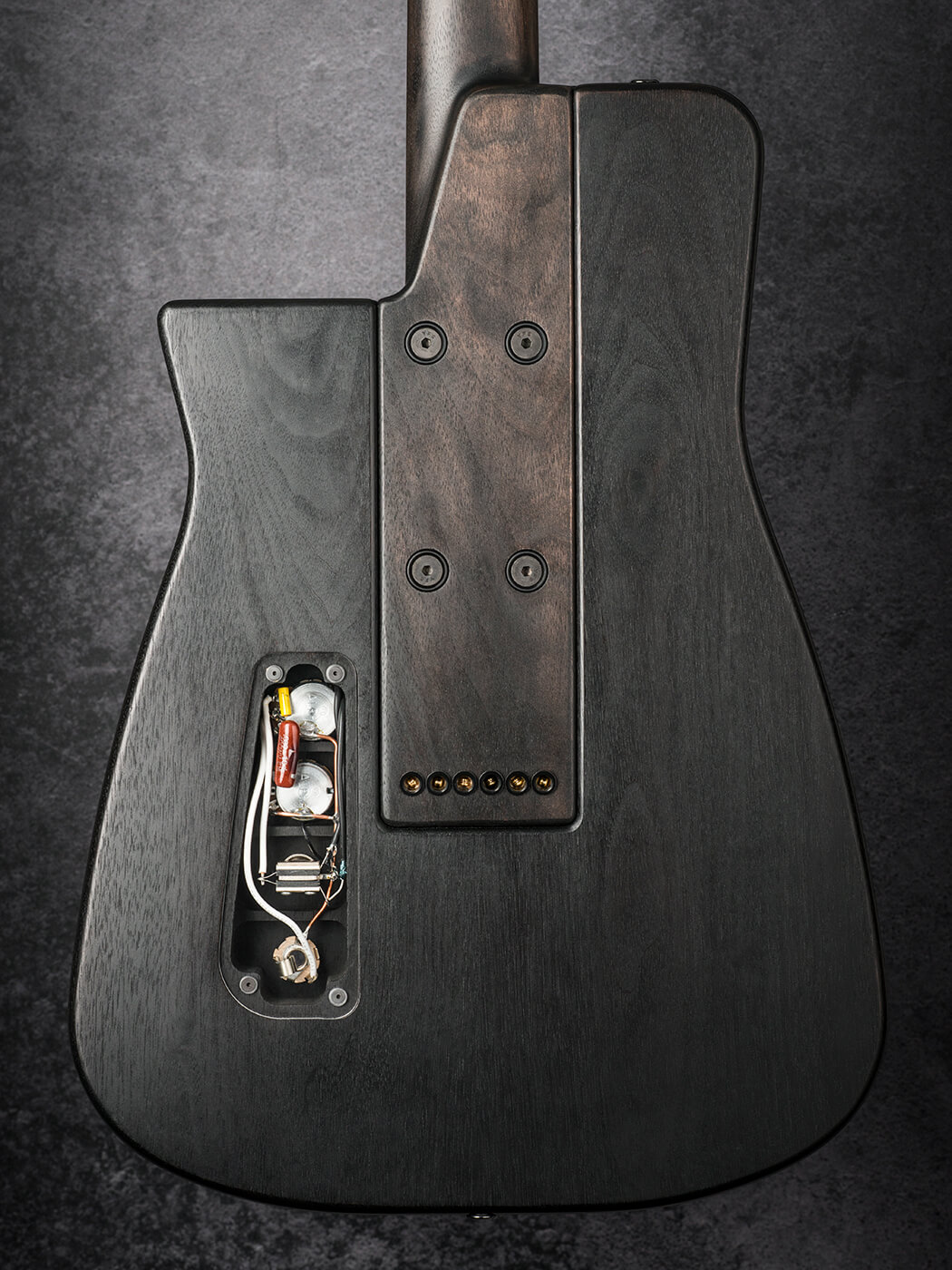 Then we move, via a Tusq nut at the front and a bold volute at the back, to that Travis Bean-style headstock. As well as looking cool, this allows for easy access to the truss rod… although it does mean you can see a bit of unfinished wood around the end of the rod. Hipshot tuners with custom buttons complete the build, and now it’s time to stop gazing in awe and have a play. 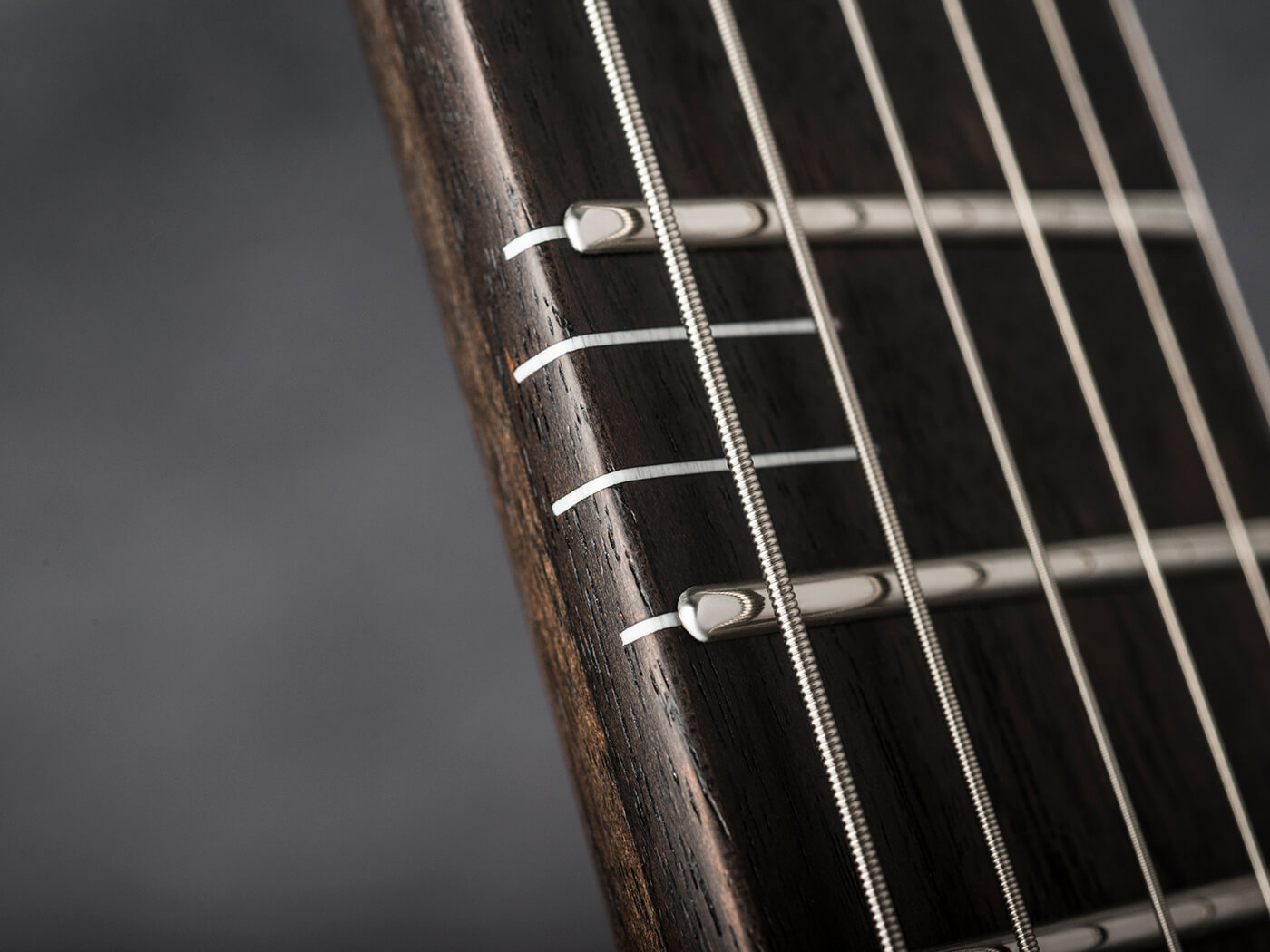 The acoustic tone is breezy enough in the top end and has bags of woody resonance; but while the amp’s warming up, we find ourselves wondering what an instrument that looks like this is actually supposed to sound like. What is the tonal equivalent of a designer spaceship?

The answer, it turns out, is a lot less daring than you might expect. If there’s one word to sum up the sound of this guitar, it’s ‘twang’. Well, we are dealing with single-coil pickups and a Fender scale length here – so while the mismatch between sci-fi looks and retro tones is perhaps slightly jarring, it shouldn’t really be a surprise.

On the bridge pickup especially, the MGS2 delivers a snappiness that is, as promised, halfway between Danelectro and Strat – with some added Rickenbacker 6-series thrown in. The middle setting ups the cheeky cluck factor still further on the wound strings, leaving us yearning for a Bigsby to grab… except that, of course, a Bigsby on this thing would look as ridiculous as gas headlamps on a Tesla.

Things stay bright and lightweight on the neck pickup, which is all about clean precision rather than jazzy soulfulness, although it’s worth noting that in all three positions the volume and tone controls are more useful than most when it comes to making subtle adjustments that don’t kill the whole character of the guitar.

All that natural zing does mean things can get a little wiry with heavy distortion – hard rockers might prefer to specify humbuckers – but our MGS2 gets on fine with a bit of mid-gain overdrive. In truth, the least versatile aspect of this guitar is perhaps its potentially divisive appearance: yeah, you probably could play New York punk, Nashville country or Chicago blues with it… if your bandmates will let you!