Fender rides the wave of offset guitar popularity by launching its slickest ever Jazzmaster… with some very interesting stuff going on behind the spangly scratchplate. 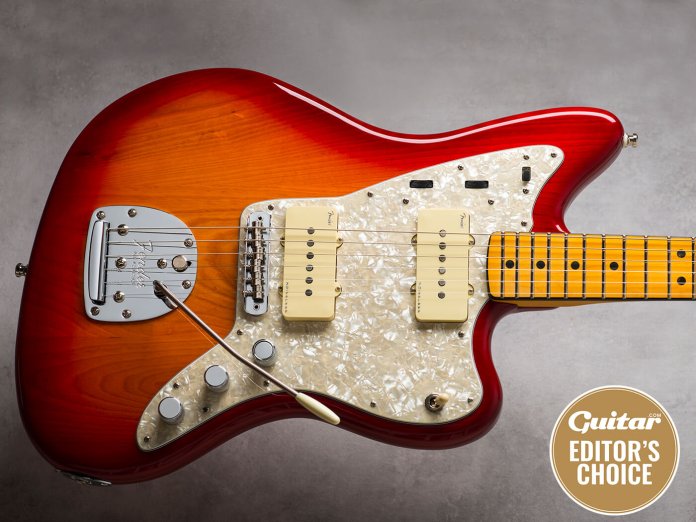 To some, the very idea of the Fender American Ultra Jazzmaster is monstrous. It’s fine for Strats and Teles to enjoy the ‘luxury model’ treatment, but how do you apply that to a guitar whose whole identity has become that of the underdog and the outsider?

A Jazzmaster in the smooth and sophisticated American Elite tradition really shouldn’t work… and yet, as you’ll already know by the score on this review, it does work – in a big way. It seems Fender’s grumpy little indie kid – painfully misunderstood, always kicking back against the rules of the mainstream, constantly sneered at by the smart set – secretly wanted to be a prom queen all along.

Of course, that was very much the idea when the Jazzmaster was launched in 1958 as a premium guitar for jazz players. But it never really caught on until a brief starring role in 60s surf guitar, and – much later – the shaggy anti-guitarists of the late 80s embraced its unconventional looks, un-bluesy sounds and (at the time) relative affordability.

Offset-waist guitars are hipper than ever and, whether long-term fans like it or not, finding favour with players well beyond the confines of the alt-rock ghetto. They are the Converse Low Tops of the six-string world. It was only natural, then, that Fender should include one in its new flagship American Ultra range.

So, here is a Jazzmaster that’s unashamedly high-class. It has Fender’s latest Ultra Noiseless pickups, promising all of the tone with none of the electrical buzz; a compound-radius fretboard, flattening out from 10 inches at the nut to 14 at the top of the neck; and a reshaped heel and lower cutaway for better access to the upper frets. We also get locking tuners, a stabilised bridge and a screw-in vibrato arm. 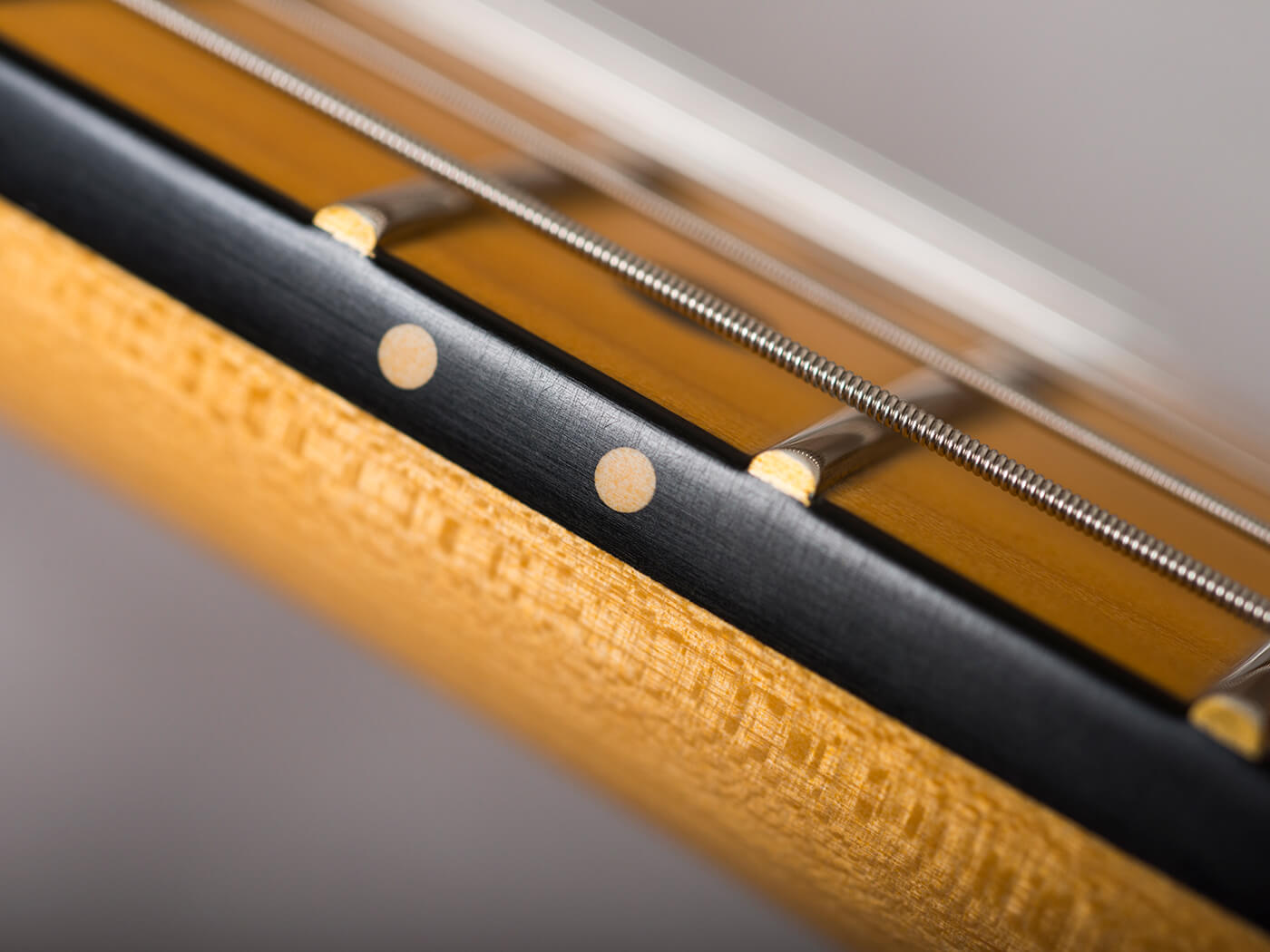 Better than all that, though, are the electrics – because here, Fender has played no less than three fiendishly smart cards. Firstly, moving the output socket to the edge of the body has allowed for separate tone controls for each pickup, meaning you can take some treble off one without muffling the other. Secondly, an S1 push-button hidden in the volume control has added the option of hearing both pickups in series instead of parallel. And thirdly, the old ‘rhythm circuit’ has been replaced by a phase-flipped mode that lets you control the quackiness by changing the relative levels of the two pickups.

Of course, such bold innovation requires presentation to match… and here’s where Fender is going to alienate some people. Perhaps you’ve already formed an opinion on this slightly lurid Plasma Red Burst finish, with its pearloid scratchplate and maple fingerboard. Perhaps you’ve also noticed the black neck binding, as applied to a handful of offsets in the 70s when the company was really losing its way, and are wondering if its presence here represents an act of industrial sabotage. We couldn’t possibly comment.

What we can say, however, is that gaudy red and Cobra Blue are not the only options: there’s also the more traditionally styled Ultraburst with tortie pickguard and a Mocha Burst finish that comes with a plain mint ‘guard. Both have cream-bound rosewood ’boards. The Mocha Burst is still not the sort of thing we can imagine Thurston Moore attacking with a drumstick, but it’s quite stunning up close. 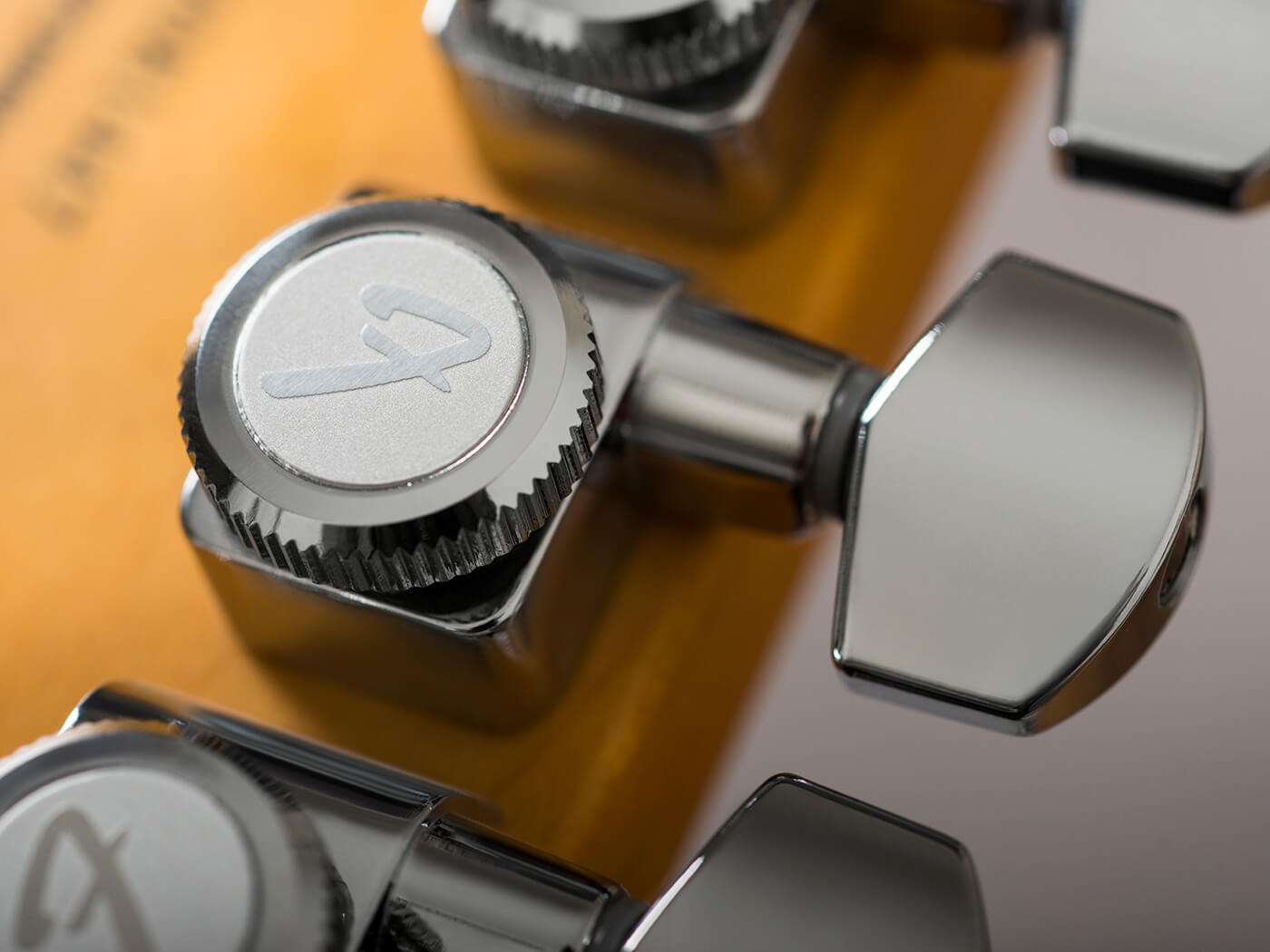 You don’t even need ears to appreciate some of the thinking that’s gone into this guitar. Right out of the case it’s an easy, issue-free player – and that’s not something you can take for granted with a Jazzmaster.

As on the American Professional model, the nylon inserts around the bridge posts will annoy purists, but they still allow some back-and-forth rocking, and tuning stability is excellent. Meanwhile the satin-finished ‘modern D’ neck keeps your left hand supremely comfortable, while the compound-radius fretboard allows for a slick action without choking – even if the 9.5-inch radius of the saddles means the D and G strings are a little high towards the top end of the ’board.

And then we come to the really important bit: sounds. It’s fair to say previous generations of Fender’s hum-cancelling Noiseless pickups haven’t been widely appreciated for their tonal chops, but there’s not much wrong with this pair. They have plenty of chime without being ice-picky, while the mids are so sweet and sticky you’ll want to brush your teeth afterwards. In short, this is absolutely a ‘real’ Jazzmaster – just one that doesn’t buzz like a hornet swarm whenever you turn to face your amp. 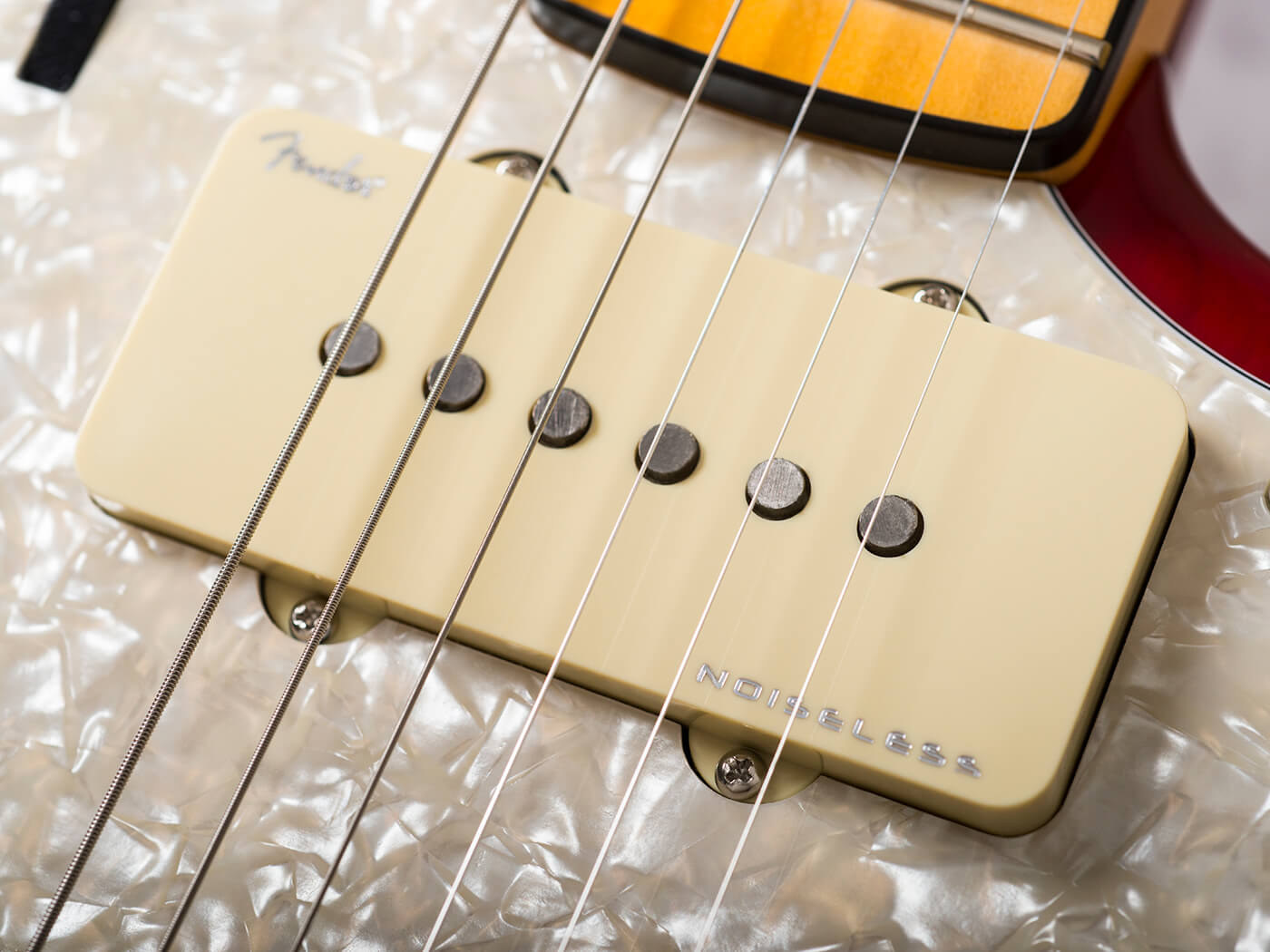 The sound of both pickups in series isn’t especially appealing, but the added shunt provided by this setting could be handy for a subtle solo boost, so we can’t argue with its inclusion – especially as the switch is more or less invisible. The dual tone controls are another less-than-essential addition, as the two pickups are pretty well matched for treble content anyway; but again, it’s an unobtrusive feature and could come in useful on occasion, so why not?

Of the three new wiring tricks, however, it’s the third – that phase-switching circuit at the top of the guard – that really stands out as a worthy modification to this 62-year-old design. Flipping the switch, as on the American Professional Jaguar, engages a strangulated quack along the lines of the middle/bridge setting on a Strat; but now we have a couple of roller dials to play with as well. Just a small roll back on one pickup’s output level alters the balance in favour of the other, changing the timbre and reducing the ‘phasiness’ in a way that opens up a whole new range of usable sounds.

The marketing talk of an infinite tonal palette is probably overcooking it a tad, but that doesn’t stop this Jazzmaster being, in practical terms, surely the most versatile guitar in all of Fender’s current line-up. Not bad for an underdog.