This stripped-down and hot-rodded Gretsch solidbody has a tempting price tag to match.

The Duo Jet came hot on the heels of the Gibson Les Paul, with the initial script-logo examples appearing in 1953. In that less litigious era, Gretsch could settle a dispute with Fender with a simple telegram and Gibson was apparently content to let Gretsch carry on producing what was – from the outside at least – tantamount to the very first Les Paul copy.

Besides the headstock, pickguard design and Gretsch’s arguably more elegant body outline, this G2210 has little in common with the various vintage Gretsch Jet models. In fact, with its flat-fronted body and wrap-around ‘lightning’ tailpiece, the G2210 has more in common with a Les Paul Special than a Standard.

After our recent encounter with the Epiphone Les Paul Special, it’s interesting to see another guitar with the same tailpiece. Here, we must make the same observation about this guitar’s bridge ending up at a disconcerting angle when the intonation is correctly adjusted. But it does the job and the tone doesn’t suffer. 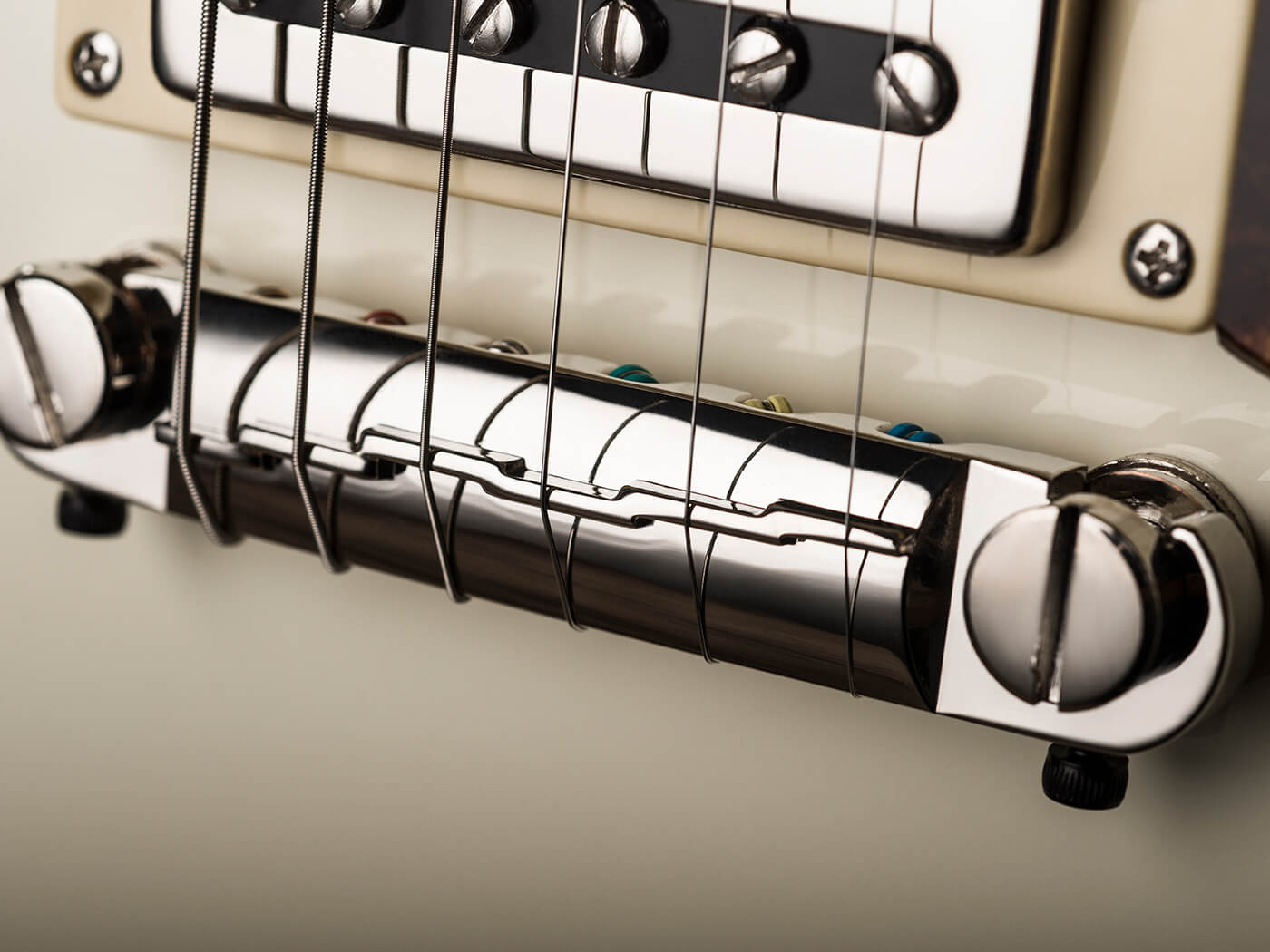 The controls are similarly stripped down, in a Junior sort of way, with a master volume, master tone and a three-way toggle pickup selector. But the volume control is mounted on the cutaway horn in true Gretsch fashion, and the G2210 also packs a pair of full-size Broad’Tron humbuckers.

Mahogany may be the material you’d expect for a guitar of this sort but, instead, the body and bolt-on neck are made from nato. Although unrelated, nato is sometimes referred to as ‘eastern’ mahogany, and it’s a well-proven tonewood used widely by guitar manufacturers in Southeast Asia. 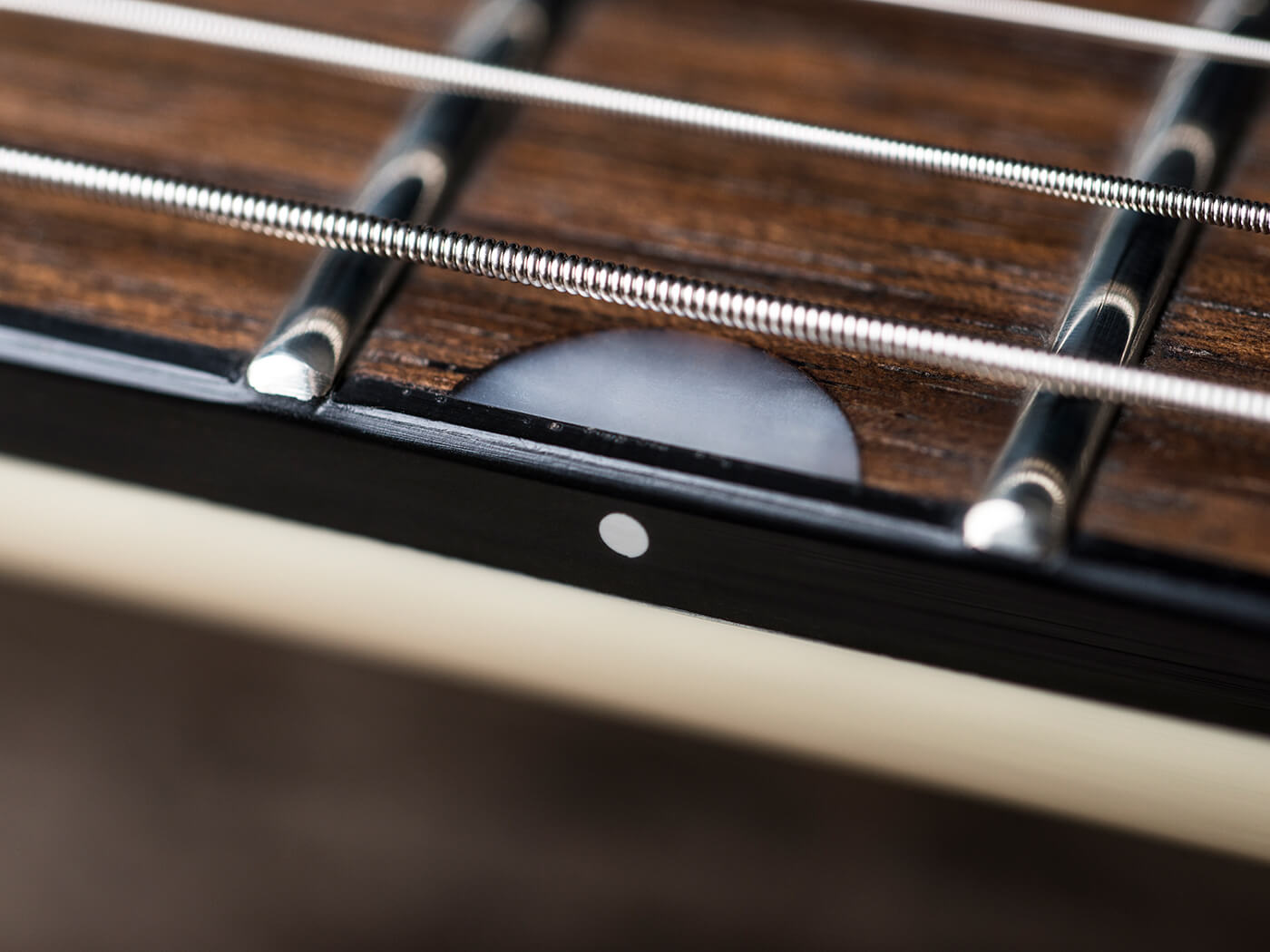 The laurel fingerboard features pearloid Neo-Classic thumbnail markers and black plastic binding and, though laurel only became commonplace because the use of Indian rosewood was restricted by CITES, we have no objections to it visually or sonically.

Clear and unmarked gold ‘speed’ knobs combine with a tortoiseshell pickguard and a set of die-cast tuners with ‘kidney’ buttons. For such an affordable instrument, the build quality is impressive, with a flawless Vintage White gloss finish and superb fret dressing. 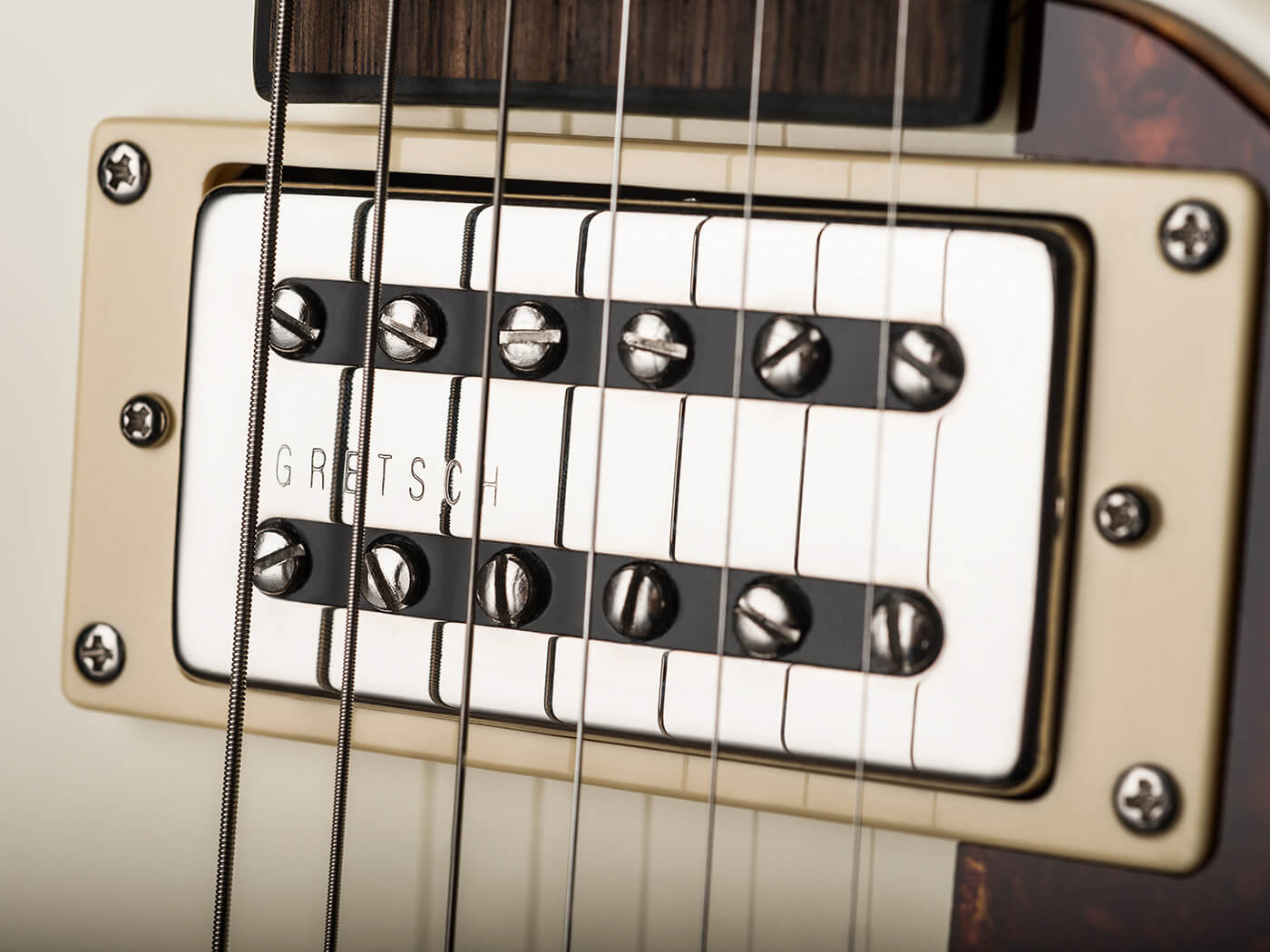 Following so soon after the Gretsch G2622TG Streamliner, we’re similarly bowled over by the G2210’s natural resonance and sustain. The G2210’s tone isn’t as full or warm as the set-neck Les Paul Special but, instead, you get a brighter chime, with more snap and twang. Whether that can be attributed to the choice of materials or the neck-attachment method is tough to say, but we like it anyway.

Despite their dimensions, the Broad’Trons definitely share certain sonic characteristics with conventional Filter’Trons. There’s the same hazy clarity, a bark in the mids and not a massive amount of bass depth. The Broad’Trons are more powerful, however, with a slightly brasher upper midrange.

The Junior Jet Club is not meant to be a vintage repro and there’s much to like about it on its own terms. The neck is very comfortable, it’s a fine weight and it has a punky, power-pop-friendly character that’s enormously fun. It won’t sustain like a Les Paul Special, but we appreciate the extra jangle and twang.