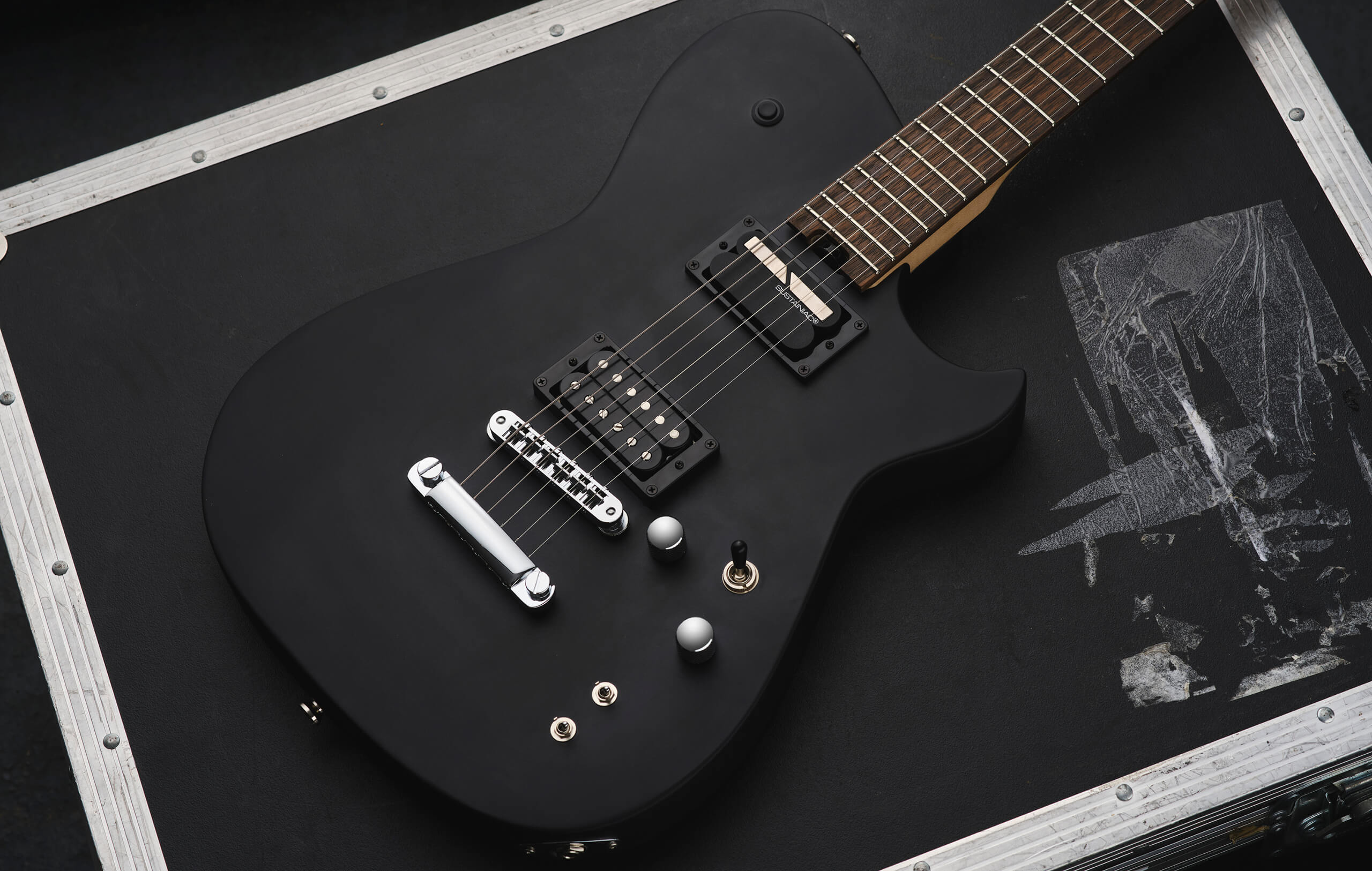 With Cort’s continued collaboration with Manson Guitar Works, Matt Bellamy’s workhorse may find itself in more guitar players’ hands, albeit in a more affordable form, and now with an in-built Sustainiac pickup.

Cort first began its collaboration with Manson Guitar Works back in 2015 and has since released several models with the UK company, including the original MBC-1 in 2015 and the M-Jet two years later. Another iteration of Bellamy’s signature model arrived in 2020 with relatively-affordable Meta series, and now in 2022 Manson and Cort have expanded that range even further with the Meta MBM-2 series. This offers some key new features including improved body contouring (forearm and tummy), a new Meta Blue finish, and the first left-handed model. But the real headline here for guitarists will be the addition of a Sustainiac pickup system; rarely seen in the spec of mass production electric guitars, especially at this price point.

Despite the huge worldwide success of Muse, Bellamy’s signature guitar isn’t as much of an instantly recognisable model as some. Perhaps due to its understated appearance and the undeniable influence of the world’s first mass-produced solid-body electric guitar; the humble Telecaster. But as is so often the case with signature models, the devil is in the detail and onboard electronic wizardry is the niche in which Bellamy’s tone machines thrive.

Impressive build quality is something we’ve come to expect from Cort. Cor-Tek, the factory that produces Cort guitars – in addition to many others including the PRS SE range – are building some of the highest quality mass-produced mid-market guitars in the world today. And that is frequently proved again here. 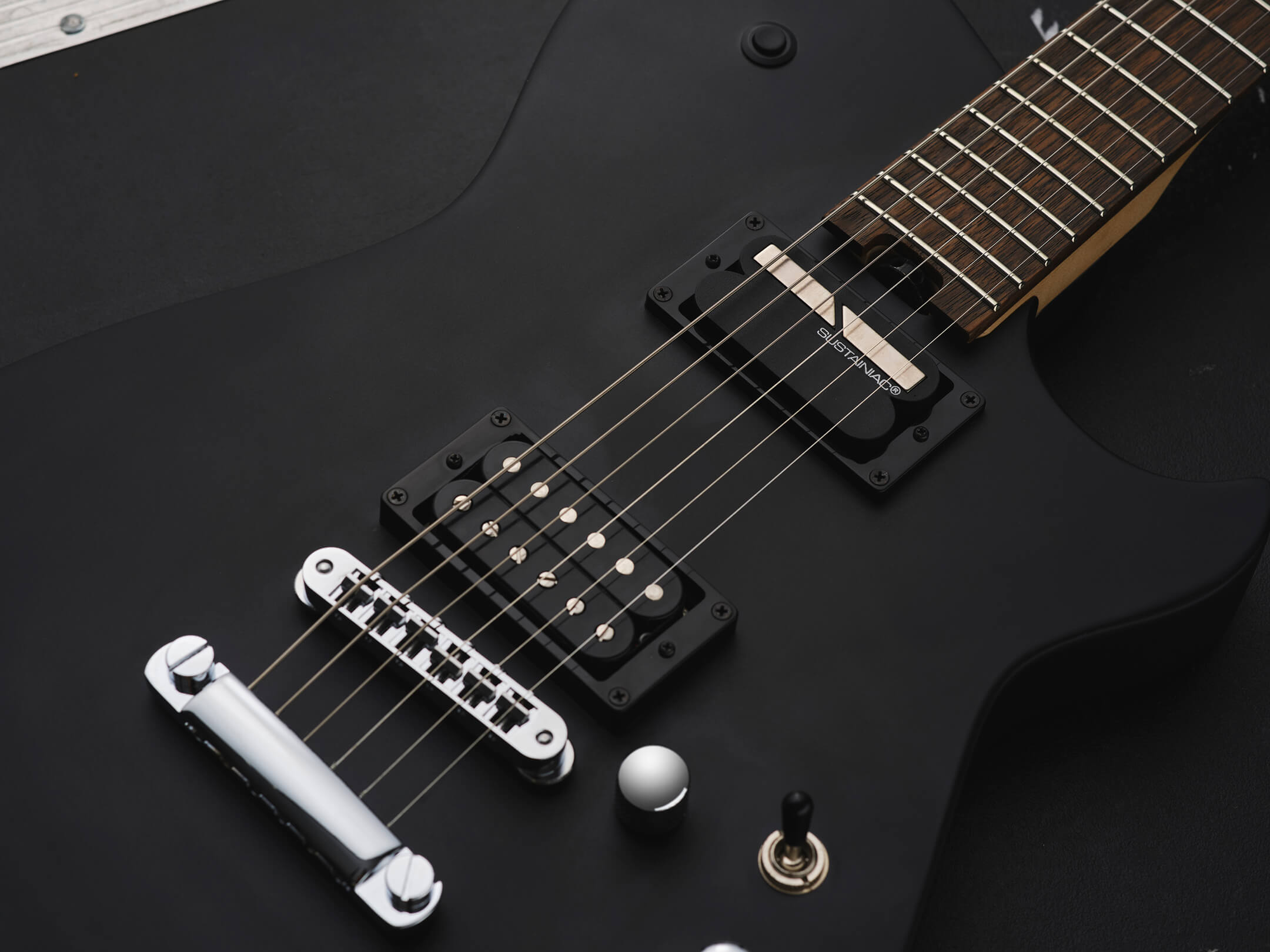 The spec / price ratio here is strong; the MBM-2 features a compound-radius for enhanced playability across a fingerboard with rolled edges, a Sustainiac Stealth Pro neck pickup system with advanced switching options (the Sustaniac components come at a price point of around $350 to purchase separately even without installation costs), locking tuners and a kill switch.

However, we have a few minor gripes; the laurel board of our test model is a little dry and the side markers slightly lopsided. The former issue is easily solved with an application of lemon oil, though. 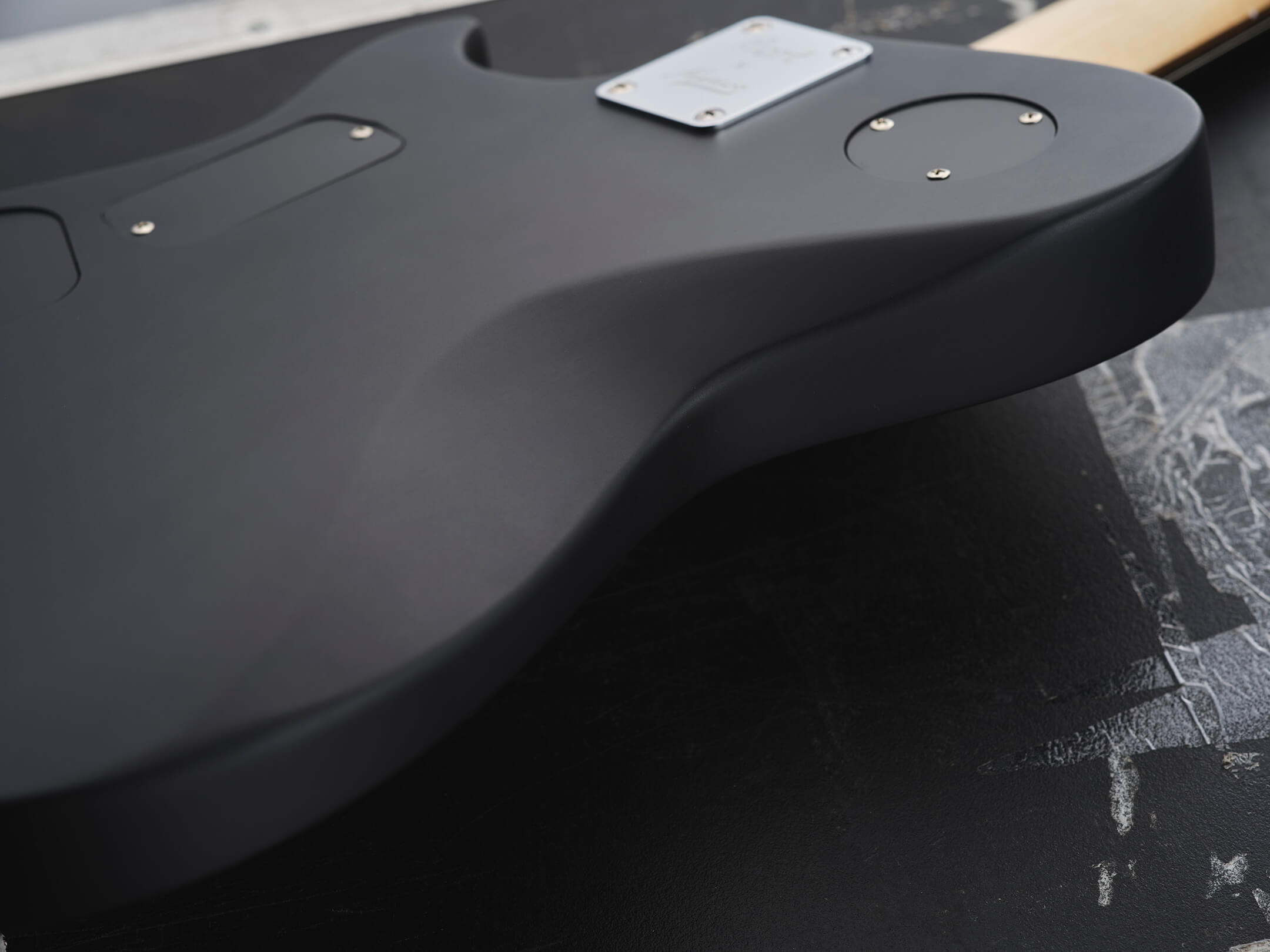 The frets are dressed impeccably and provide a consistent feel all over the neck, and in conjunction with the compound 12-16” radius, string choking is not an issue here.

The neck shape is described by Cort as a ‘soft V’ but to our hands it feels like the least pronounced example of it we’ve ever played. That is certainly not to its detriment, and it’s a comfortable shape with neatly rolled edges providing a comfortable surface for our thumb to sit atop. 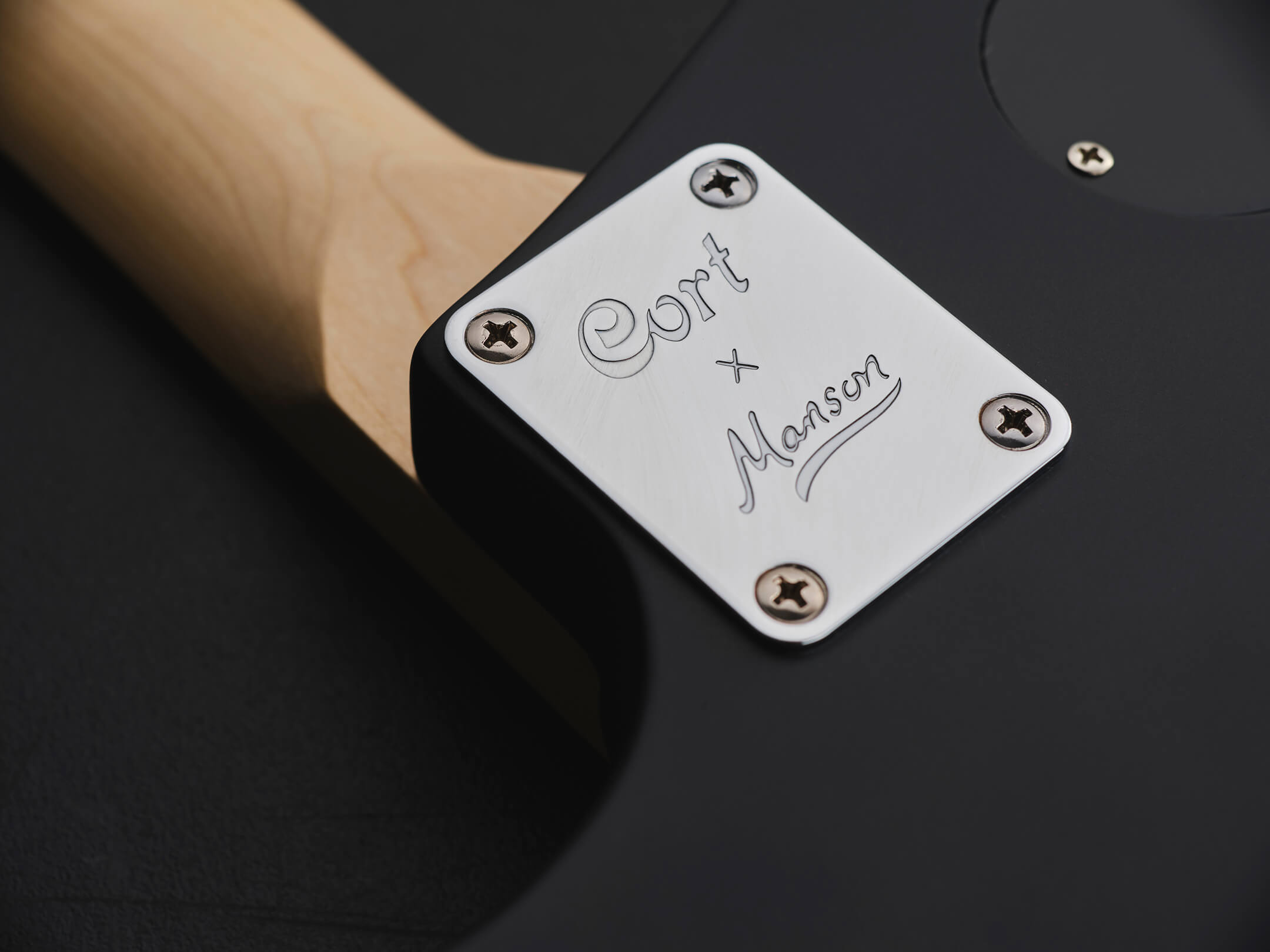 Although some of Bellamy’s high-end signature guitars often sport many different hi-tech features – like an X-Y MIDI pad – his one ever-present is a Sustainer pickup in the neck position, and on this Meta series model we have a Sustainiac rather than its rival, the Fernandes Sustainer.

For the uninitiated, a Sustainiac pickup works by creating a magnetic field using an onboard battery, housed in a neat compartment at the rear. This magnetic field produced matches the frequency or vibration when a note is played and keeps the string vibrating constantly. This signal is then picked up by the bridge which processes the signal as it would normally. 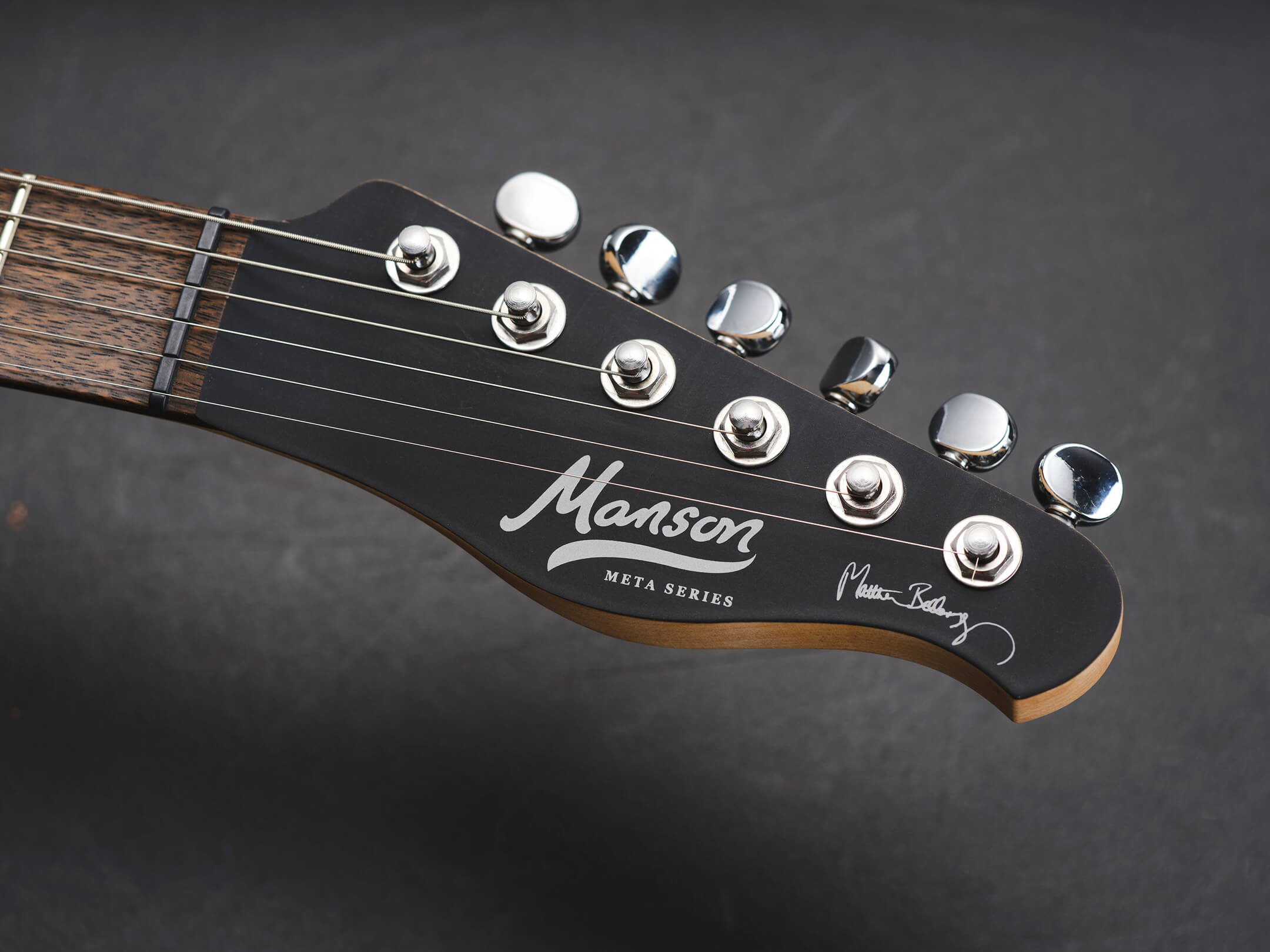 The two small switches that control the Sustainiac are positioned close to the guitar’s tone and volume controls. The one furthest to the left is the on/off switch, and the second is a three-way selector that switches between the three different modes available. Of the three modes, the Harmonic mode sustains our held notes before quickly morphing into the fifth natural harmonic of the root note.

We initially struggle to find a musical application for the often high squeal produced in Harmonic mode, but as we continue to experiment we find that by using some trailing delays and rhythmically tapping the onboard kill switch – featured on the upper horn of the guitar – we can achieve some very interesting musical landscapes. 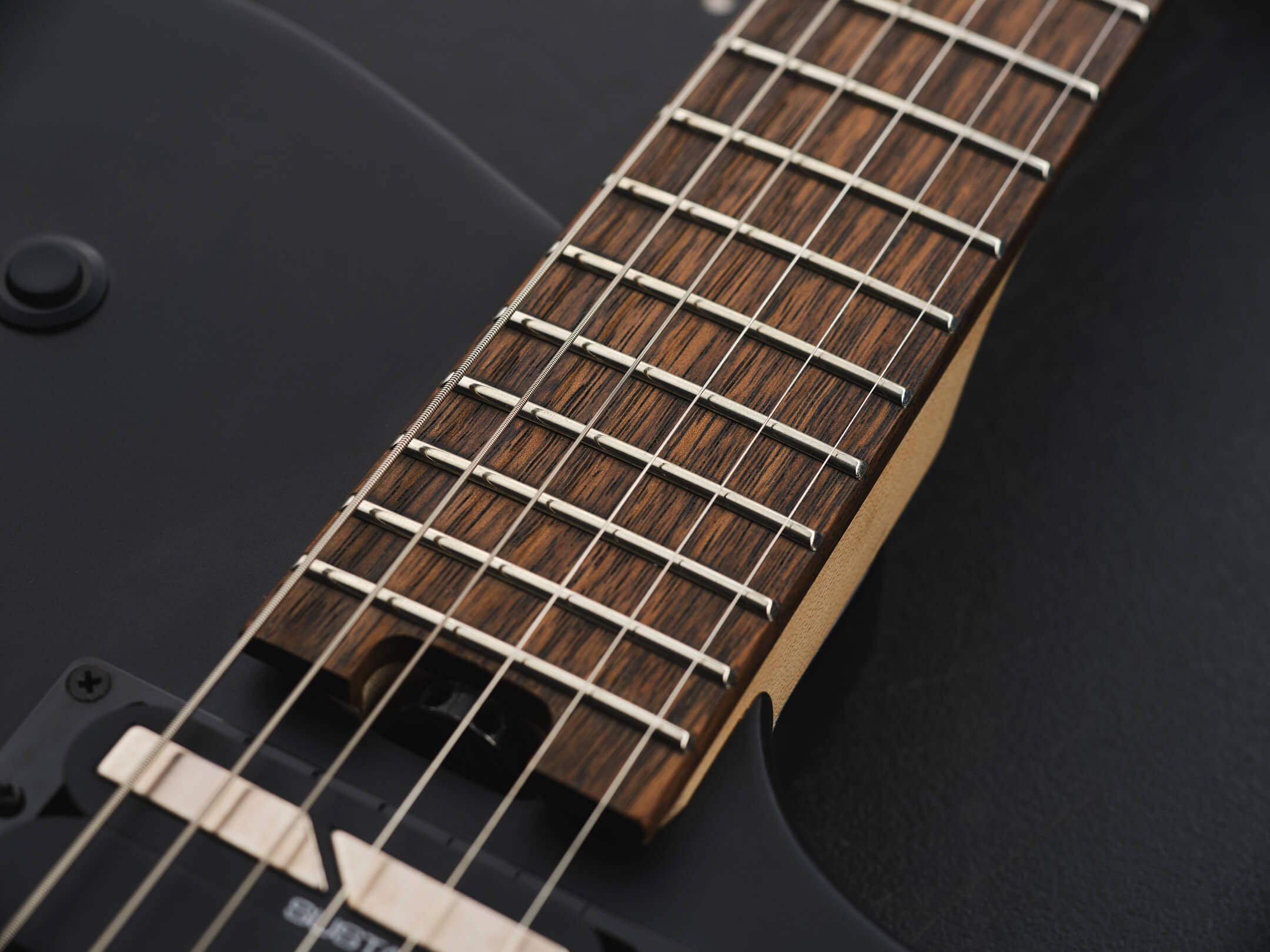 The Mix and Fundamental modes promise to be more accessible. This reviewer has on countless occasions in their own compositions required the sustaining of a note over one or more bars to create textural effects. Generally, this is only achievable by using liberal lashings of gain, which usually has a negative effect on tone. And if you try and sustain a note without a heap of amp gain then you’re left with the unpleasant noise of strings clanging against frets as you desperately try to keep the note sustained with vibrato. But with the Fundamental mode engaged here, infinite sustain is generated irrespective of the gain content and, most pleasingly, it has little to no effect on the source sound.

Mix mode is a blend of both the harmonic modes, although the harmonics generated in this mode are either seconds or thirds, thereby producing a much lower frequency than the Harmonic mode that’s eerily reminiscent of natural feedback. In an age where digital modelling is frequently becoming a staple in live rigs, feedback is becoming a thing of the past. Yet the musicality afforded to you by this most wonderful of sounds will forever be sought after, and the Sustaniac pickup is one of the very few ways of achieving it with an all-digital setup. 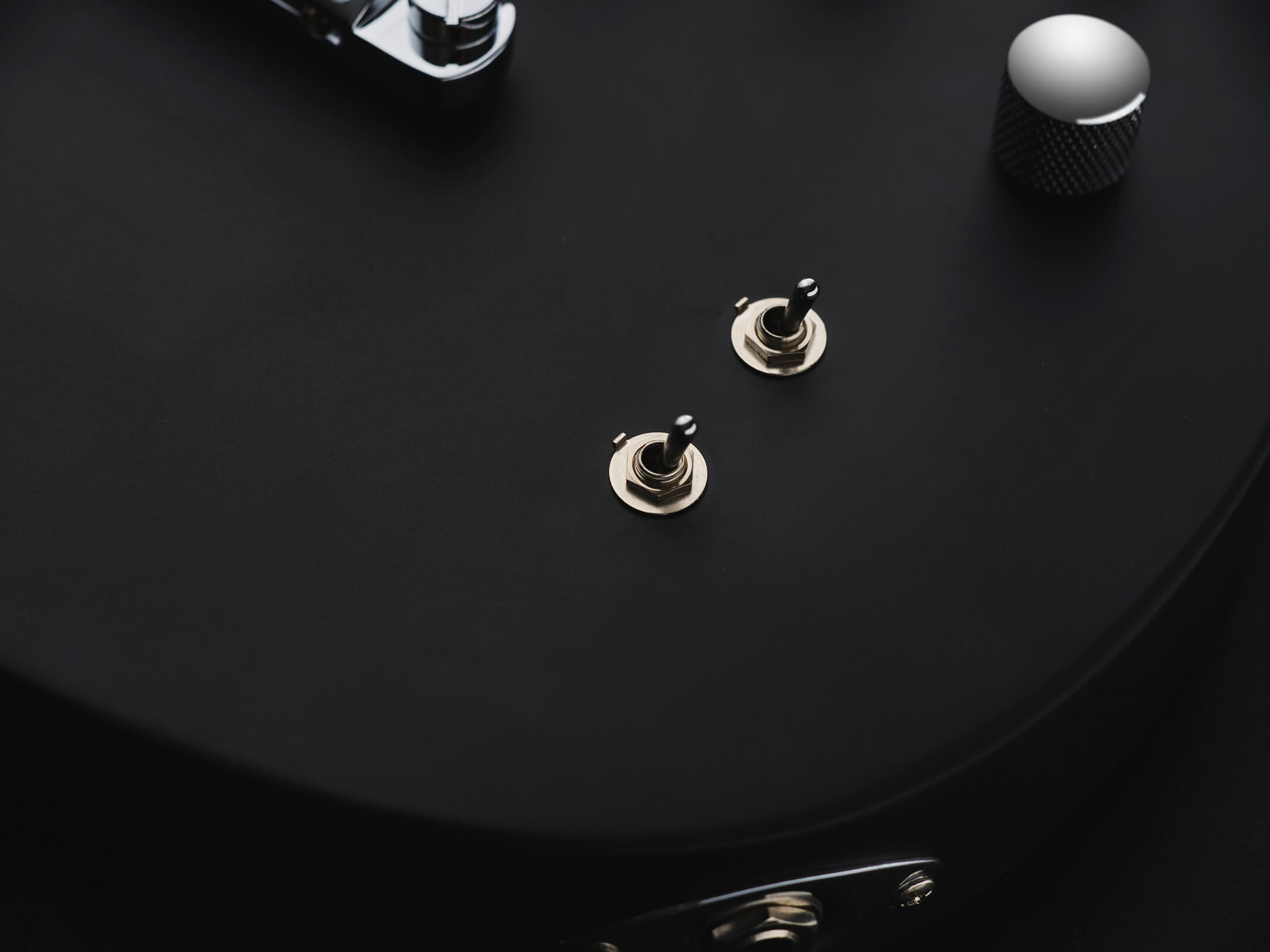 Without the Sustaniac modes engaged it functions as an active pickup and consequently produces quite a punchy, chiming tele-like tone on a clean setting. It’s not going to please single-coil pickup purists but for us the active circuitry delivers a welcome clarity to proceedings.

The bridge humbucker is a standard rock fare with a medium output and punchy mids perfect for rocking out those Muse-style power chord vamps, but just lacking a little power for sweet sustain in lead work. But again, when we engage the Sustainiac we have all the sustain we could ever desire from the neck position. 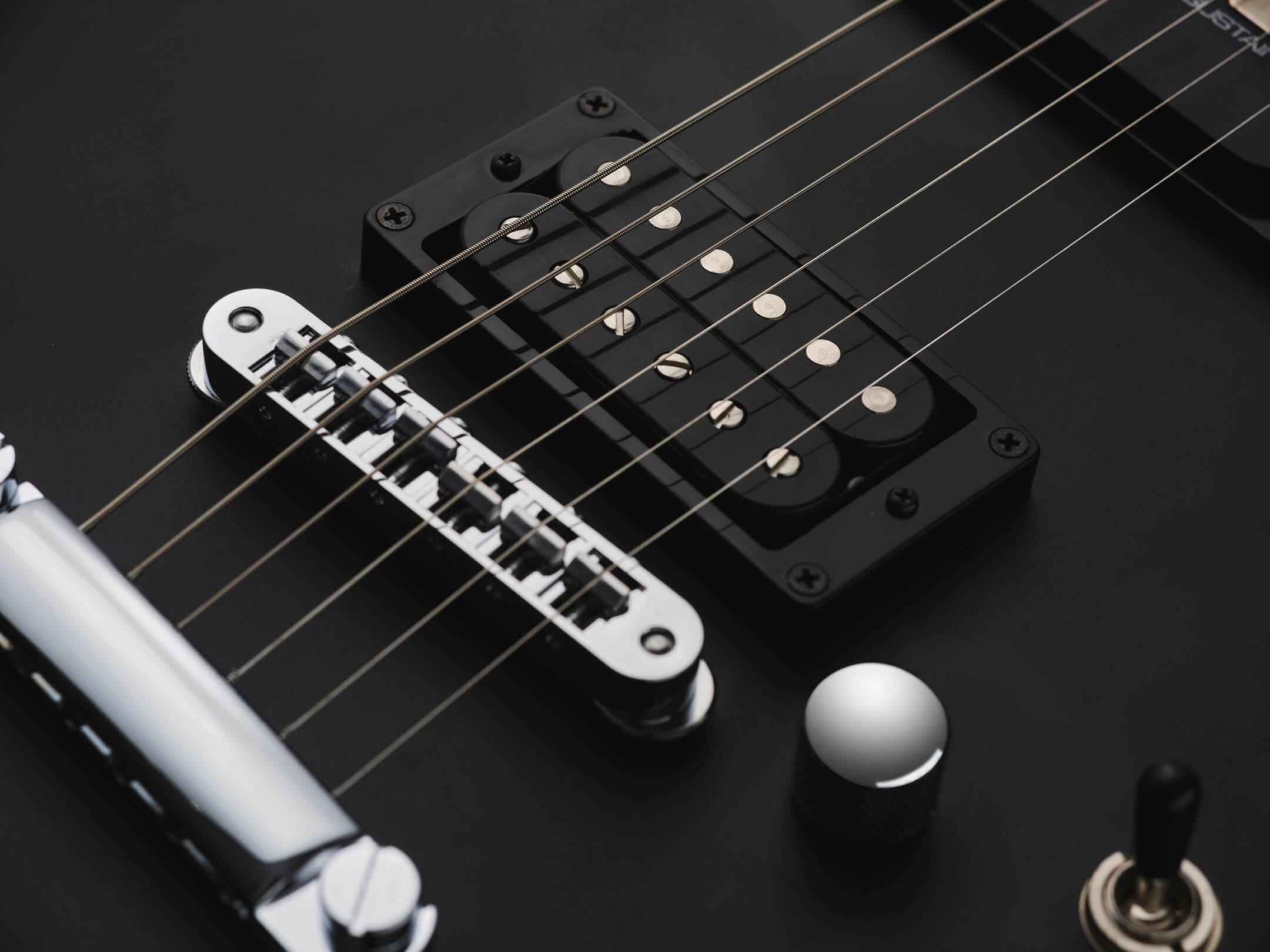 Outside of the world of metal guitars – Schecter most notably – there aren’t a great deal of production guitars that feature an onboard sustainer pickup system, with the Fender EOB Sustainer Strat (which features Fernandes’ Sustainer pickup) being a recent exception. Retrofitting a Sustaniac system is an unenviable task that requires major surgery to your guitar. If this is an essential part of your style or sound it will be a price worth paying. However, if you are merely curious as to what sonic advantages a Sustainer could provide then the MBM-2 is a relatively affordable starting point to begin your journey.

The manufacturing quality of the Cort guitars we’ve seen over the last two years have been exceptional and the MBM-2 is another example. Even with Sustainer curiosity aside this is a fine rock guitar in its own right. You don’t tend to see a great many Manson guitars in the wild but this latest collaboration with Cort should hopefully begin to redress that imbalance.