Solidbody pioneers George & Leo live on in the familiar silhouette of these two very different guitars. 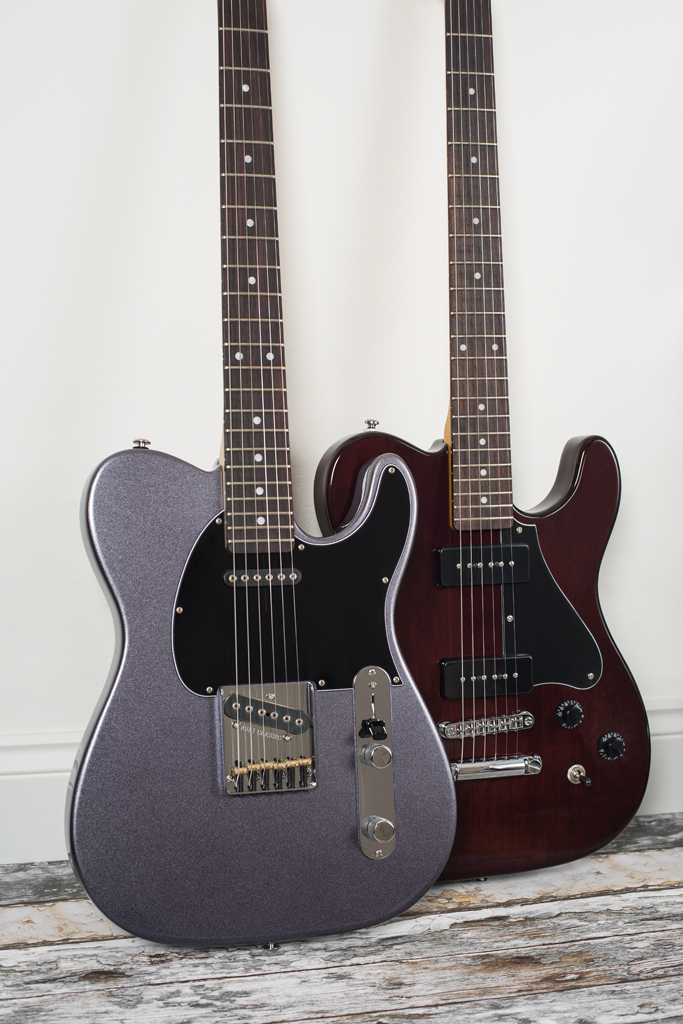 Thirty years after the launch of the first G&L ASAT, Leo Fender’s post-Music Man project is still running – and still looking pretty tidy. These two single-cut solidbodies provide a neat sample of the company’s current range of T-types: one a high-end US-made instrument in a fairly traditional style, the other an affordable alternative to the old formula.

First of all, we’ll quickly recap the G&L story. The `G’ stands for George Fullerton, Leo’s buddy right from the 1940s (he was involved in the design of the Telecaster), through the Music Man years to the birth of G&L at the end of the 70s.

The founding partners are no longer with us, but their business has stuck around long enough to win such diverse fans as Peter Green and Jerry `three signature models’ Cantrell. By the way, contrary to mischievous internet rumour, ASAT doesn’t stand for `almost same as Tele’. 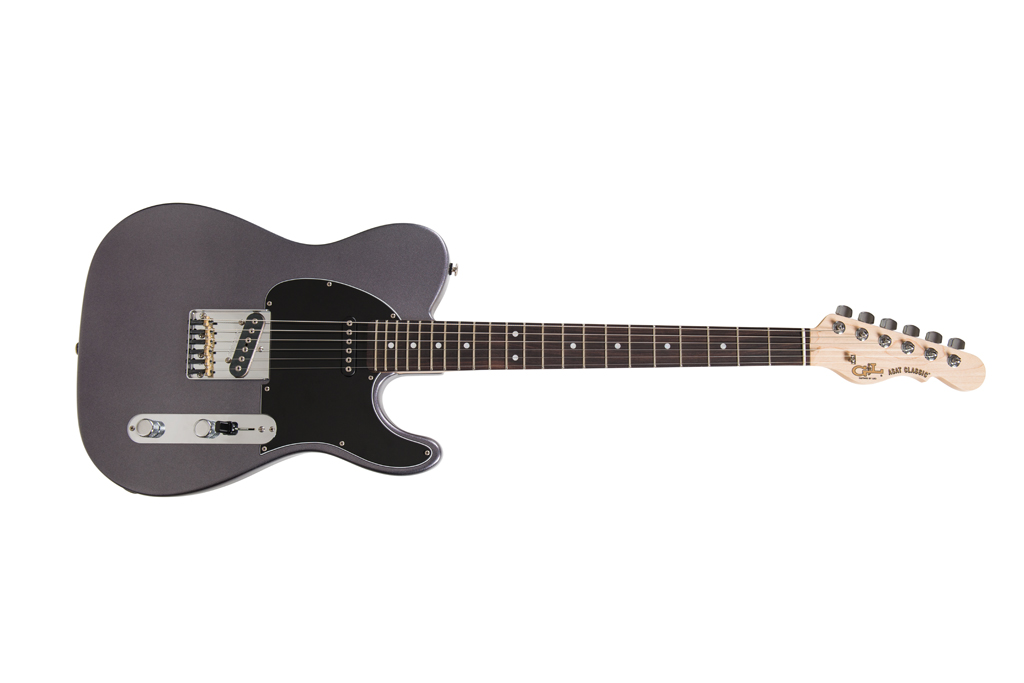 Well, in looks at least, you have to admit this is `almost same as Tele’ – the two main visual differences being the curved top corner of the scratchplate and the slightly fussy shape of the headstock. However, you don’t have to look much closer to spot the distinctive polepieces that tell you these are not Fender pickups. They’re G&L’s ceramic MFD (magnetic field design) pups, designed by Leo himself to produce more output and less background noise than normal single coils.

The bridge has six individual brass saddles, the body is alder (ash is used for the grain-revealing `premier’ finishes), while the bolt-on maple neck has the familiar 25.5-inch scale and a bone nut. It’s reasonably chunky, with a sleek satin finish, and the medium jumbo frets have clearly been finished with supreme care. In aesthetic terms, we’re not convinced by the gloomy combination of Graphite Metallic, black and rosewood, but your options include mint guards, maple boards and enough body colours to shame Dulux. 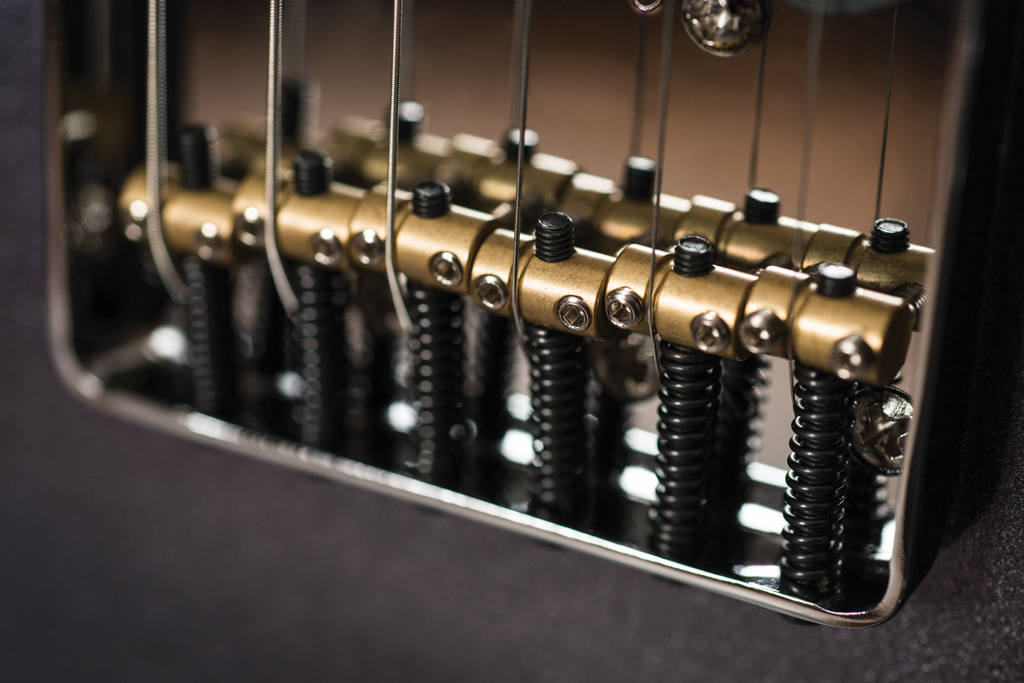 This is a fairly weighty guitar that feels comfortable in the hands, as you’d expect from a £1,000+ instrument… but in a solid, functional, non-flash way, as you’d expect from a T-type. Setup straight out of the moulded case is bang-on, and those individual saddles mean minor adjustments to action and intonation can be made without hassle or compromise.

The acoustic voice scores highly for breezy shimmer, but doesn’t have a great deal of body – we’ll be relying on the extra warmth of the MFD pickups to compensate for that. Are they up to the job?

Plugging into a clean blackface amp, it’s immediately obvious that they are. This is a heavyweight tone, and it’s downright louder – quite a lot louder – than my American Standard Telecaster. The bridge pup is rich and snarly, the neck unit is bold and jazzy, and the middle setting has a fair amount of country cluck… but no, since you ask, not as much as the Fender. There’s more beef in the midrange, but this is at the expense of a little transparency. 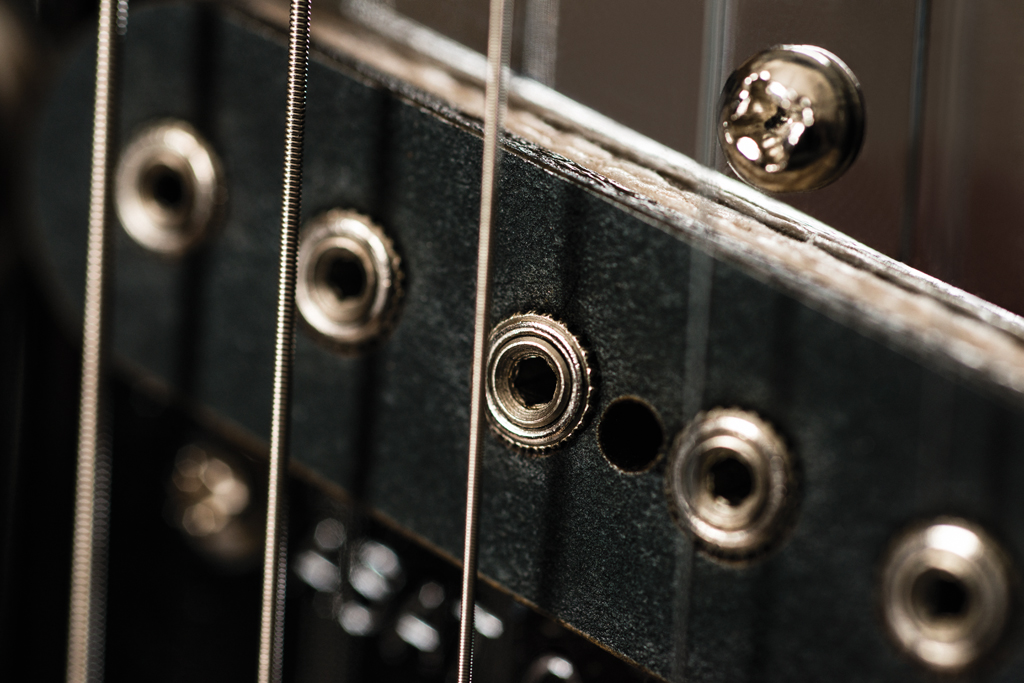 And that brings us to the crux of the debate: this is a really nice guitar, and behaves a lot like Leo’s original design in most situations, but the high output of those pickups does make a significant difference. If you’re looking for a bigger and fuller version of T-style twang, the ASAT Classic is an excellent option; but if you’re firmly in the `Fender
got it right first time’ school, it probably isn’t. 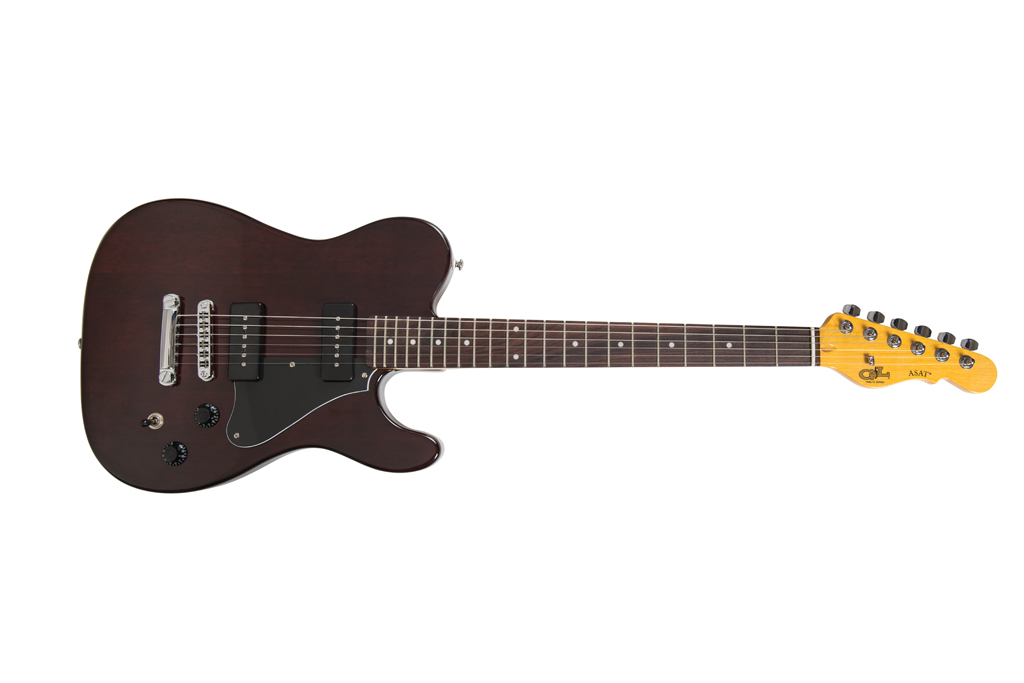 Now we take a leap away from the traditional template, and a substantial drop in budget. G&L’s Tribute Series guitars are made in Indonesia; we’ve met a few of them before and been impressed by their build quality. This one’s Junior name  gives a clue as to its hybrid nature – taking as much inspiration from Gibson as it does from Fender.

It has the same outline, neck materials and scale length as the American model, but the body is mahogany and the pickups are P-90s, while the TonePros bridge and tailpiece take it even further in the direction of Kalamazoo. Even the pickguard, control knobs and pickup switch are more `big G’ than `big F’. There’s only one colour option, Irish Ale, which on G&L’s website looks a lot like Gibson’s Wine Red but is very nearly as dark as a pint of slow-poured stout.

There’s not a lot of difference between these two G&Ls in terms of feel, though under heavy interrogation we might confess that the Indonesian guitar’s frets feel a fraction less smooth. The back of the neck has a glossier finish, with a strong yellow tint, and it’s been shaped differently both front and back: the medium C profile is noticeably slimmer, and the rosewood board has a slightly flatter radius (12 inches to the Classic’s 9.5). 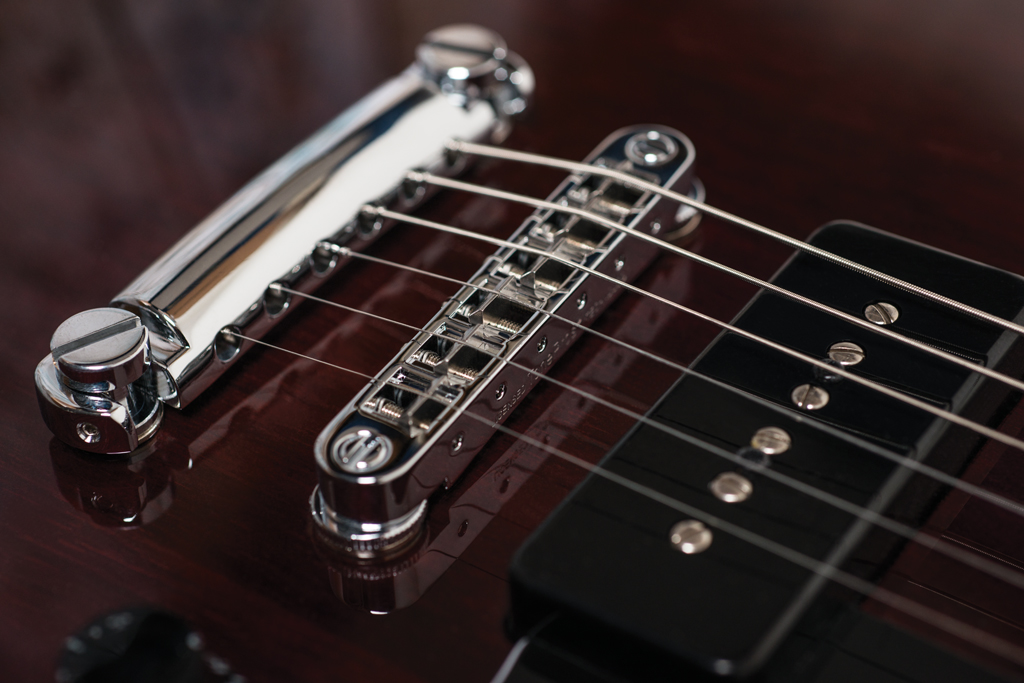 The acoustic voice is on the light side, but this time with some feisty brashness added to the mids – very punk rock, very `Junior’. And when we plug in, even to a clean amp, that message is reinforced stridently.

I don’t believe I’ve ever reviewed a P-90-equipped guitar without using the word `thrap’, and I’m not going to break that habit now – because the Junior II’s bridge pickup is as thrappy as they come. It’s a lively, perky tone with loads of character and a little more bite than the average Les Paul Junior or Special. We’re a long way from Tele-land now, though.

All three pickup settings excel with overdrive, from choppy punk riffage (bridge) to smooth and soulful leads (neck) – although, as ever with P-90s, high gain means high background noise. The only way to escape this is to leap into the hum-cancelling centre position – which is a sweetly snappy, perfectly balanced delight. 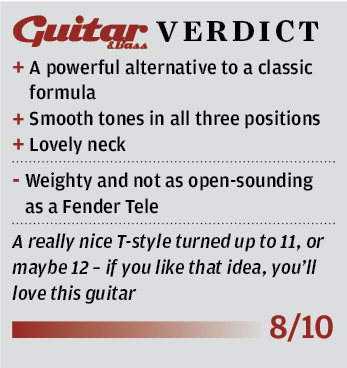 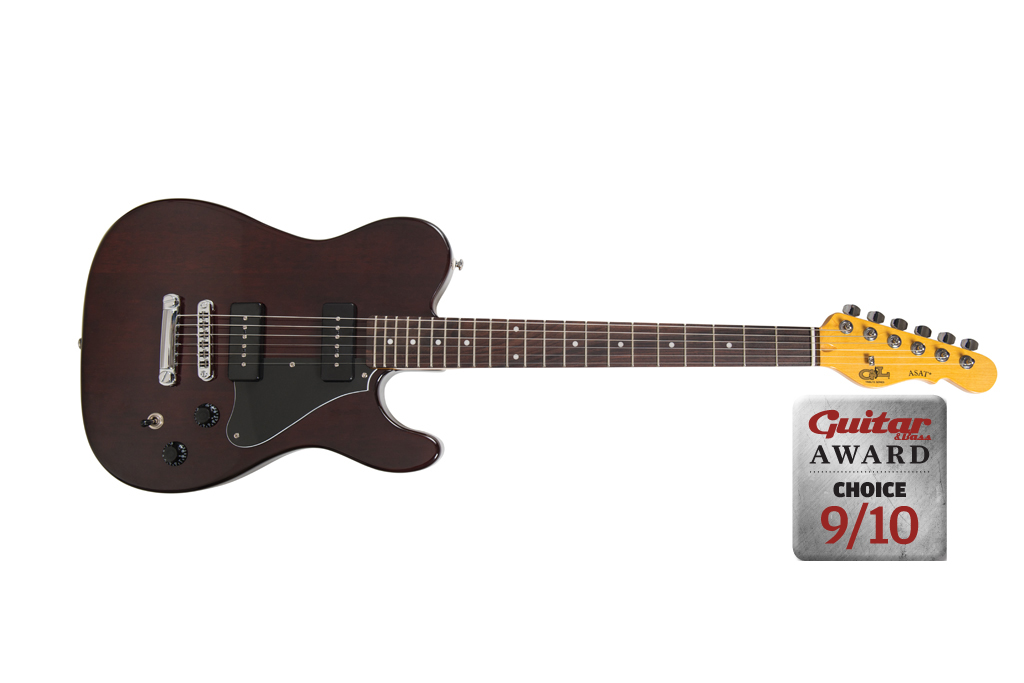 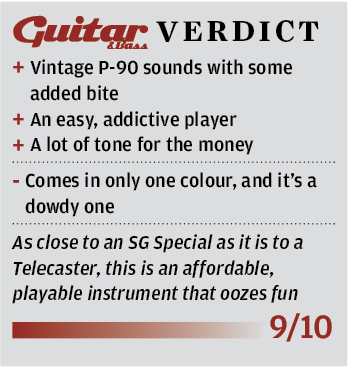