Legend has it that, for a short while in the mid-50s, Fender changed the recipe of its Telecaster pickups – and House Of Tone has recreated one of those mysterious sets. 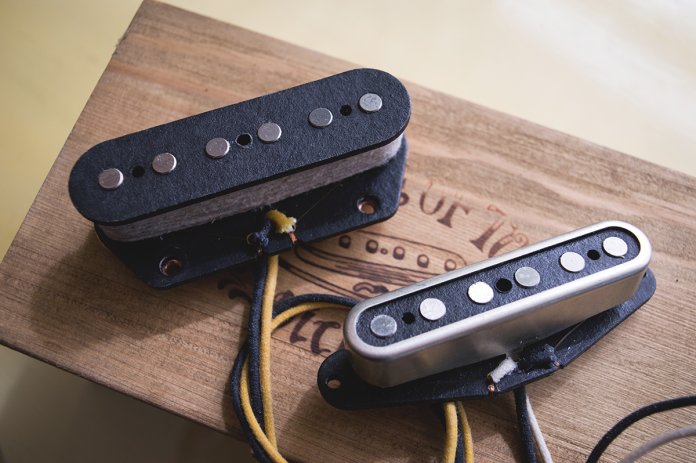 The idea for this pickup set stems from a longstanding rumour. Although vintage Tele pickups are generally assumed to have been wound with magnet wire coated in plain enamel insulation, there may have been a brief period when this wasn’t so. When the Strat was introduced in 1954, Fender wound the pickups with heavy formvar-insulated magnet wire, and there are reports that some Tele pickups were briefly wound with formvar at that time. Nevertheless, if there was a change, it was temporary and Fender soon reverted to enamel for Teles while retaining formvar for Strats.

It’s widely accepted that formvar and plain enamel wire sound different, so to see how much these mythical formvar Tele pickups would differ from the norm, House Of Tone decided to recreate a set by using formvar wire in an otherwise standard mid-50s formula that includes flat alnico V slugs, a copper-plated steel inductance plate and parcel string wrap for the bridge.

The neck pickup gets the formvar and alnico V treatment, too, but a different approach is taken with the cover. This set has an open-topped nickel silver cover that’s intended to eliminate the wooliness and muddiness that blights some Tele neck pickups with traditional closed chrome-plated brass covers.

One thing these pickups won’t give you is shrillness, and any concerns we have about excess top end and ice-pick attack from a bridge unit with formvar wire are quickly dispelled. There’s plenty of treble, but it’s characterised by a refined smoothness. With the plain strings, this translates to jangle rather than sheer cut, and on the wound strings, you get a clucky twang rather than wiriness. However, the most interesting stuff happens in the midrange, and we think it defines this pickup’s voicing. There’s no discernible scoop, and the fullness bolsters single notes for a smooth but solid front-end attack and provides chords with a balanced punch.

We also hear a resonance peak that emphases the woody frequencies and adds an expressive quackiness to the impressive sustain. In clean mode, you can play country-style and even pedal-steel licks without diving for the nearest compressor, and overdrive turns the quack into a sweetly grinding bark that’s pretty much perfect for rolling rhythms and raunchy soloing.

The neck unit lives up to its billing as being closer to a Strat pickup. There’s no hint of mud and, while it has the clarity and sensitivity of a vintage Strat pickup, the midrange has a more hazy harmonic complexity that we find very addictive.

There are two potential downsides – the first that you don’t quite get that pseudo-jazz tone that some more vintage-correct Tele sets do so well, even when rolling back the tone control. Secondly, having two equally bright-sounding pickups skews the ‘in-between’ setting towards Strat-iness rather than the fuller, phasier and more distinct ‘both on’ Tele tone. Otherwise, it’s a wholehearted thumbs up for a another outstanding pickup set from House Of Tone. 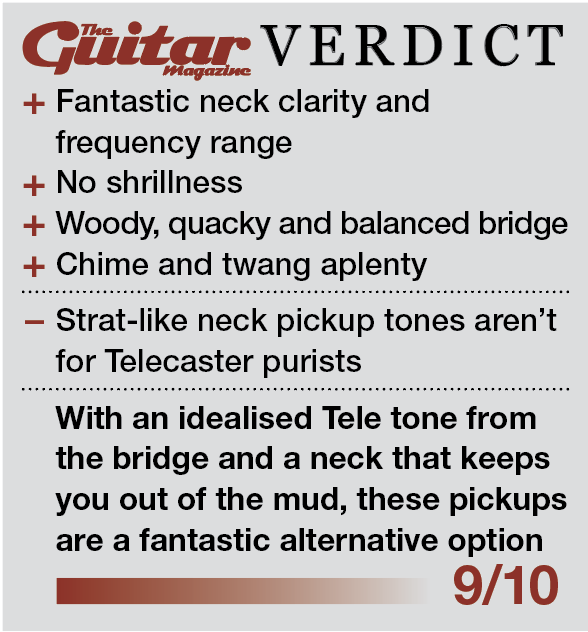