The Genius Of… You Want it Darker by Leonard Cohen

The Canadian icon’s final album is a fitting coda to a remarkable musical journey. 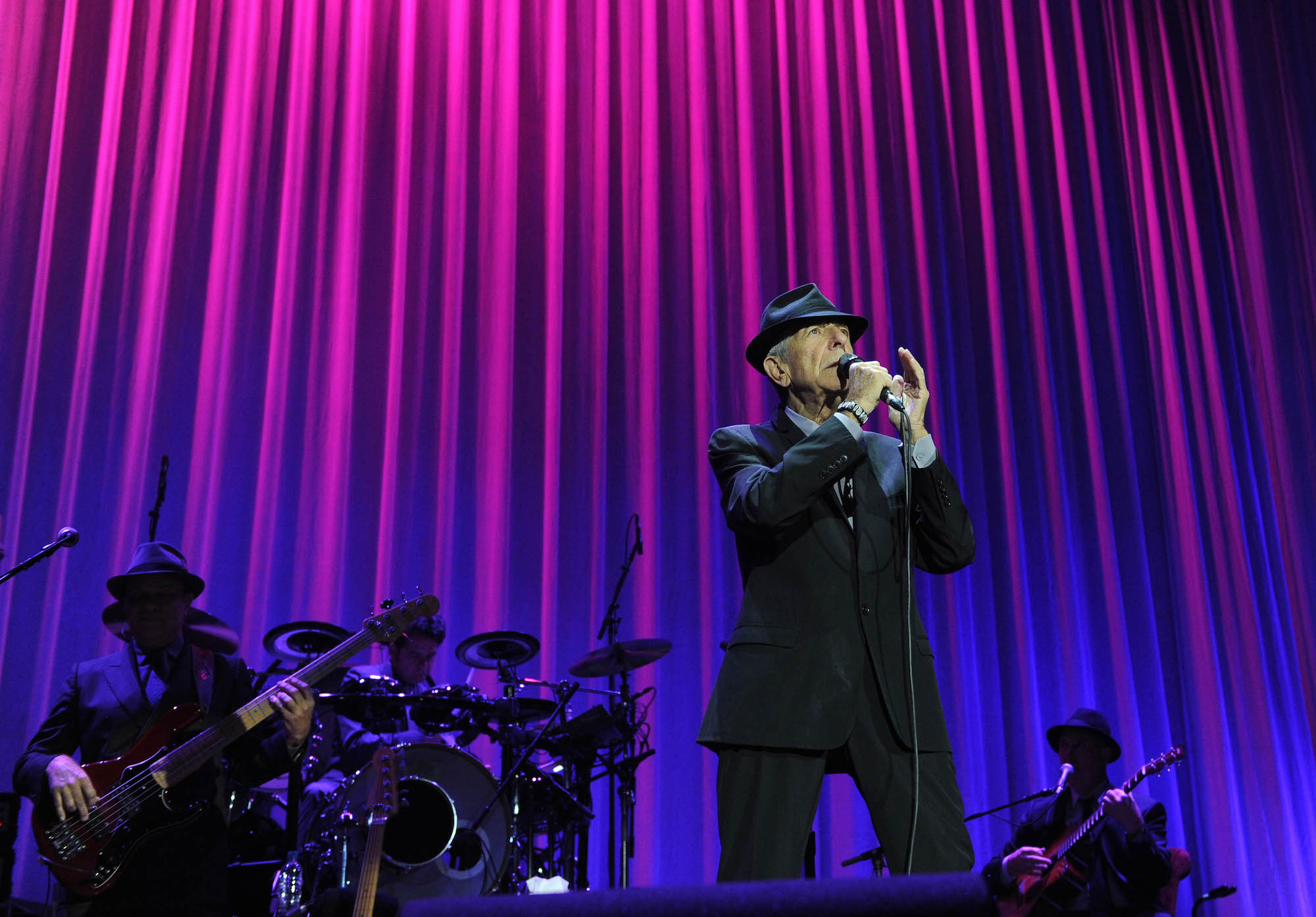 It is befitting for one of the world’s greatest songwriters and singers that the final album of his lifetime – revelling in themes of faith, purpose, personal demons and the healing, overwhelming power of love – was released on 21 October 2016, 17 days before his death aged 82.

His grizzled, smoky baritone doesn’t waver or flinch. His beautifully haunting lyrics are delivered with the solemnity of hymns. There’s a sacred, graceful sanctity to be found in his assuredness. He does not howl to the skies, or rage, rage against the dying of the light. He lights a lazy cigarette, taps his cap to the Lord who awaits him, and casually traipses toward that final horizon.

On his fourteenth studio album, the legendary Canadian left fans (and future fans) with a tangible paean for existence. The metallic, honeyed thrum of steely guitar sends echoey throbs and sprinkles of silvery sound through Cohen’s bluesy country Leaving The Table. It is one of several songs in which he throws his cards down and leaves the game. It is a song in which he surrenders, his appetite for urgently chasing fulfilment satiated.

“I don’t need a lover, that wretched beast is tamed,” he intones. No longer identifying as the too-cool lover, the arty pop star ingénue, he has refined his being to that of a man unencumbered by duties to others. It is a stream of thought he weaves through On The Level too.

“Now I’m living in this temple where they tell you what to do/ I’m old and I’ve had to settle on a different point of view. I was fighting with temptation, but I didn’t want to win.”

The clarity of lushly layered strings, soulful backing vocals, harmonising duets and the unobtrusive time-keeping drums might suggest a fancy large-scale studio production, but the reality was a far cry from that and all the better for it.

Cohen recorded his vocals in the living room of his Los Angeles home, then emailed them to his collaborators. Knowing this, it is easier to identify the shadowy solitude in his vocal delivery.

After extensive touring, Cohen was diagnosed with multiple fractures of the spine in 2013. Though his mobility was limited, his son Adam recalled that in bouts of inspiration and enthusiasm, Cohen would stand to repeat his parts until he was entirely satisfied he’d captured the essential spirit.

He leads the sound from the roots of his voice and gestures, allowing violins and cello to weave their tendrils upward around the verses and refrains with gentle reverence.

“I’m travelling light, it’s au revoir,” he croons on Travelling Light, and there is the spectre of a laugh tinging the edge of his deep, dark gothic voice. Is he laughing at us, or with us? What’s it matter, if we are at the end, anyway? Cohen might whisper with a knowing grin. Couldn’t we travel light, as he does, and let go of all the questions that don’t matter?

There is a lightness and roominess to these folk-blues ballads here that also suggest a strategized approach to travelling light. Only what serves the bare bones of Cohen’s poignant poetry makes the cut. His collaborators are friends and profound talents in their own rights, including long-time Madonna co-writer and co-producer Patrick Leonard, who first collaborated with Cohen on the 2012 “Old Ideas” album and returns here as a co-writer, co-producer and multi-instrument performer. He is elemental in refining the sound and vision of this album.

At under 40 minutes, it is a muscular, taut compendium of faith, love, devotion and death. The title track is breathtaking in its transcendental nature, drawing upon holy chants, hymnal voices rising to the heavens, hallowed organ playing pianissimo to Cohen’s address to a God he can’t fathom. You Want It Darker tussles with the demons Cohen admits he will carry to his grave.

There is no doubting his faith in the Lord, but he is also certain that this is not a benevolent God, and the mysteries of human savagery and enslavement shatter his spirit. It can be heard in the mournful solemnity of his voice as he recalls the Holocaust, and the very reality that “middle class and tame” men could torture and murder men, women and children in a world where there is faith and prayer; where life is a divine right.

Cohen was loyal to multiple faiths in his lifetime. He never strayed from his Jewish identity and faith, but in 1994, trawling the depths of depression, he turned to Zen Buddhism, becoming a committed student to Sasaki Roshi at the Mt. Baldy Zen Center in California for nearly 30 years (he was officially ordained as a Zen Buddhist monk in 1996).

There is both fury and acceptance within the song You Want It Darker. Not the performative, fists-shaking, rattling bones of fury, but a requiem for the bliss of ignorance, a sanctified reckoning with his God.

“Hineni, hineni, I’m ready my Lord,” he sings, echoing a line from the Old Testament, in which God asks who will go forth and Isaiah (prophet of Israel) responds “Hineni”, or “Here I am (hineni)! Send me”, though he does not know what will become of him. It is a declaration of devotion and service. “A million candles burning for the help that never came,” Cohen laments. “You want it darker, we kill the flame.”

We want it darker, of course. We’re listening to Leonard Cohen. But life is a divine comedy, and suffering is soothed with the balm of humanity. For all our inexplicable violence to one another, Cohen wills us to remember that we are also lovers, carers and creators. We are capable of believing in powers and principles that we cannot see.

The lonesome, bluesy tidal swell of Bill Bottrell’s pedal steel guitar accompanies the warmth of Adam Cohen’s classical guitar (he does a winning Spanish waltz), supported by Zac Rae on guitar and classical guitar, too. The layered symphony of tones picks up on the subtleties of Cohen’s husky vocal nuances.

Rae extends his musical acumen to the mandolin, Mellotron, celesta, Wurlitzer organ, and octophone, while still leaving space. Somehow, the composition of percussion, complementary guitars, bass, piano, organ and synths form a forest of sound in which the sky is still wholly visible and there is room to breathe and move.

Though a posthumous album was released years later, You Want It Darker was a gift from Cohen in his final weeks of life: not answers to the fundamental questions of existence, but an assurance that in the end, we can find an imperfect peace with the unknowable.