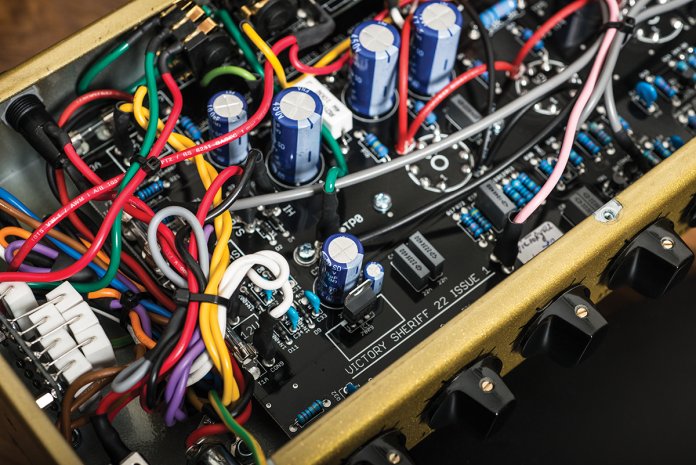 Brit amp builder Victory’s ‘skeleton chassis’ has become a familiar sight, and its design was a collaborative effort with Guthrie Govan. The idea was to make Govan’s V30 The Countess amp compact and light so it could be stowed away in overhead lockers on aeroplanes, and the concept has been carried over to various other Victory amp models. 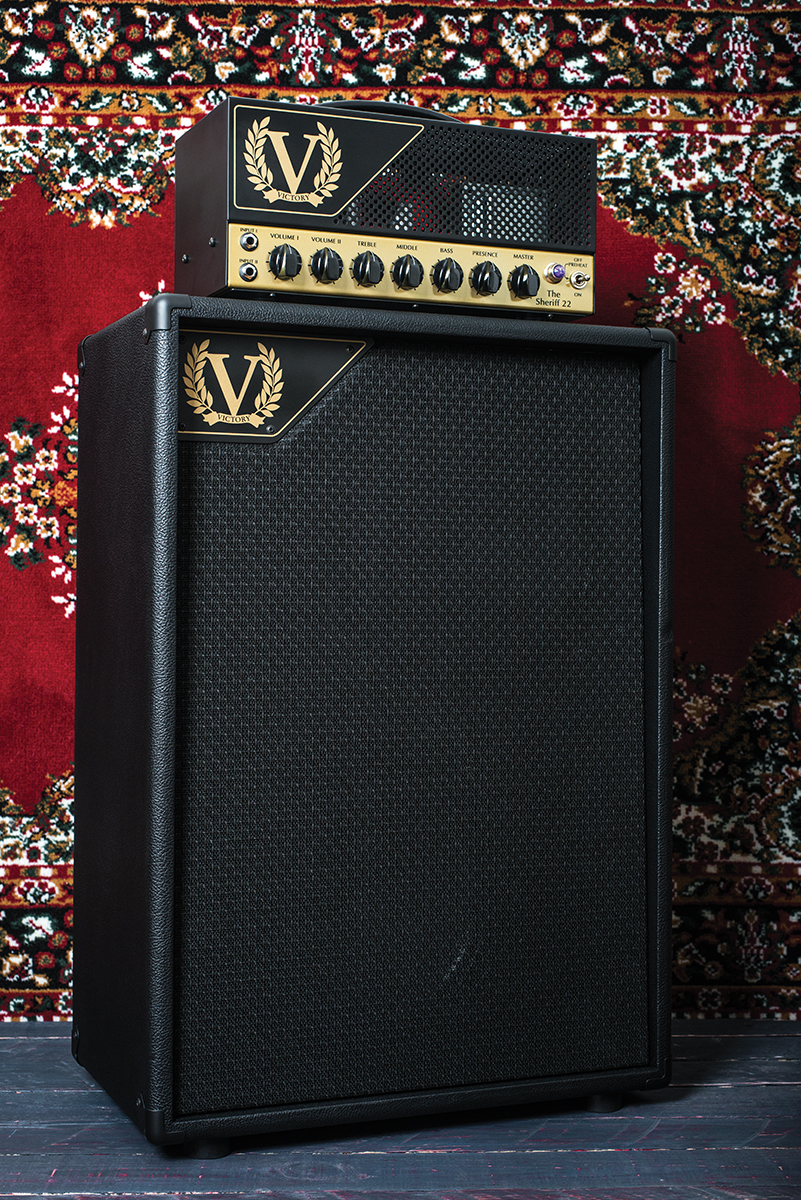 This Sheriff 22 arrived in a fitted lightweight carry case, which comes as standard. It also came with an upright 2×12 closed-back cabinet, designated the V212VH. Containing two Celestions – a Vintage 30 and a G12H Anniversary – the top, bottom and sides are made from pine with a plywood back and baffle. It looks formidable and feels rock solid, but it’s only 23kg in weight and the dimensions (485x700x295mm) add up to a reasonably easy lift. 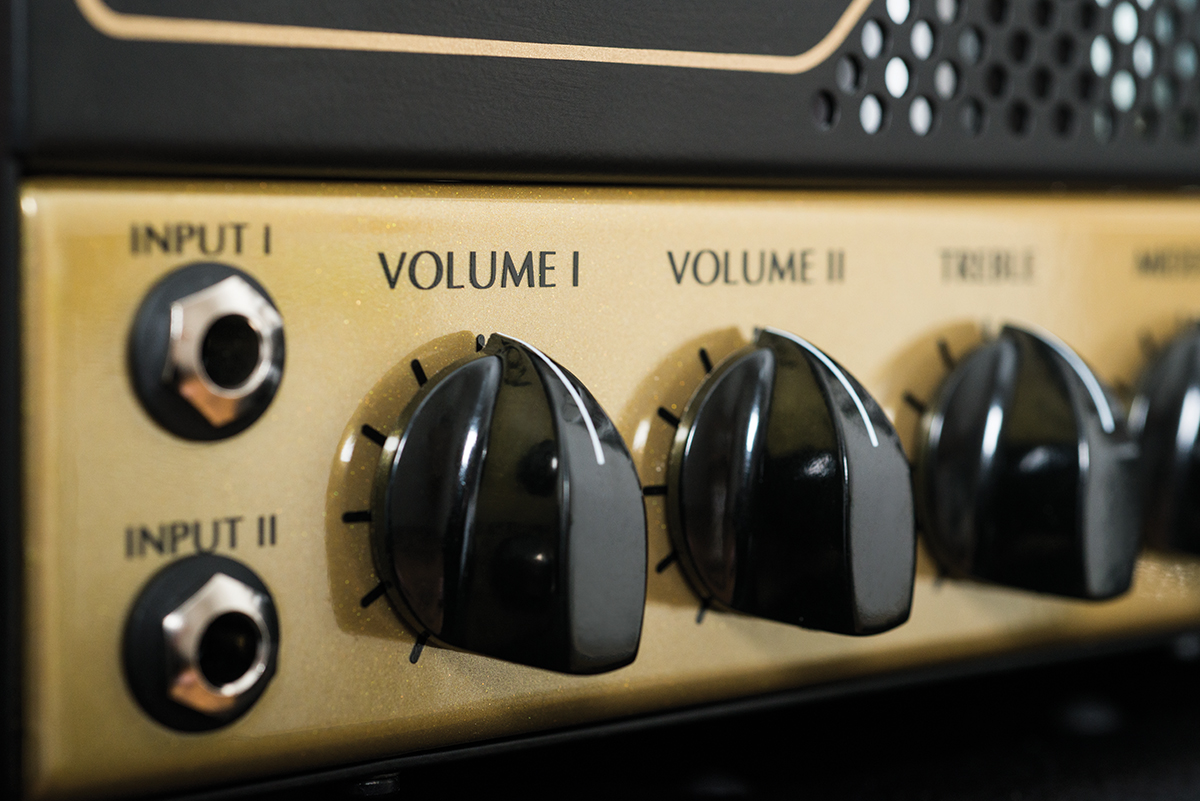 The claimed 28-watt power rating from a pair of EL84s may raise a few eyebrows, but mostly because we’re more accustomed to cathode-biased EL84 amps such as a Vox AC15 or Marshall 18W. The Sheriff 22 has fixed-bias power valve circuitry running in class AB, and there are bias test points and a recessed bias adjustment control on the back panel. The recommended setting is 22mV, with 2mV leeway either side. The review amp readings were 23.7mV and 24.3mV, so it was biased slightly hot.

Despite the apparent simplicity of Sheriff’s layout, there are some unusual features. A channel switching box is provided, but there’s no footswitch socket. The footswitch plugs into input one on the front panel and you plug your guitar into input two. On the back panel, there’s a pre-attenuated 0.3-watt output that can feed speakers rated from 4-16 ohms. There’s also a bypassable effects loop.

Victory Sheriff 22 in use

Well, Victory did promise British tones, and that’s precisely what you get. The sonic signature is utterly unmistakable, and if that’s your sort of thing the Sheriff 22 will plaster a smile all over your face regardless of which channel you start with or where the controls are set. 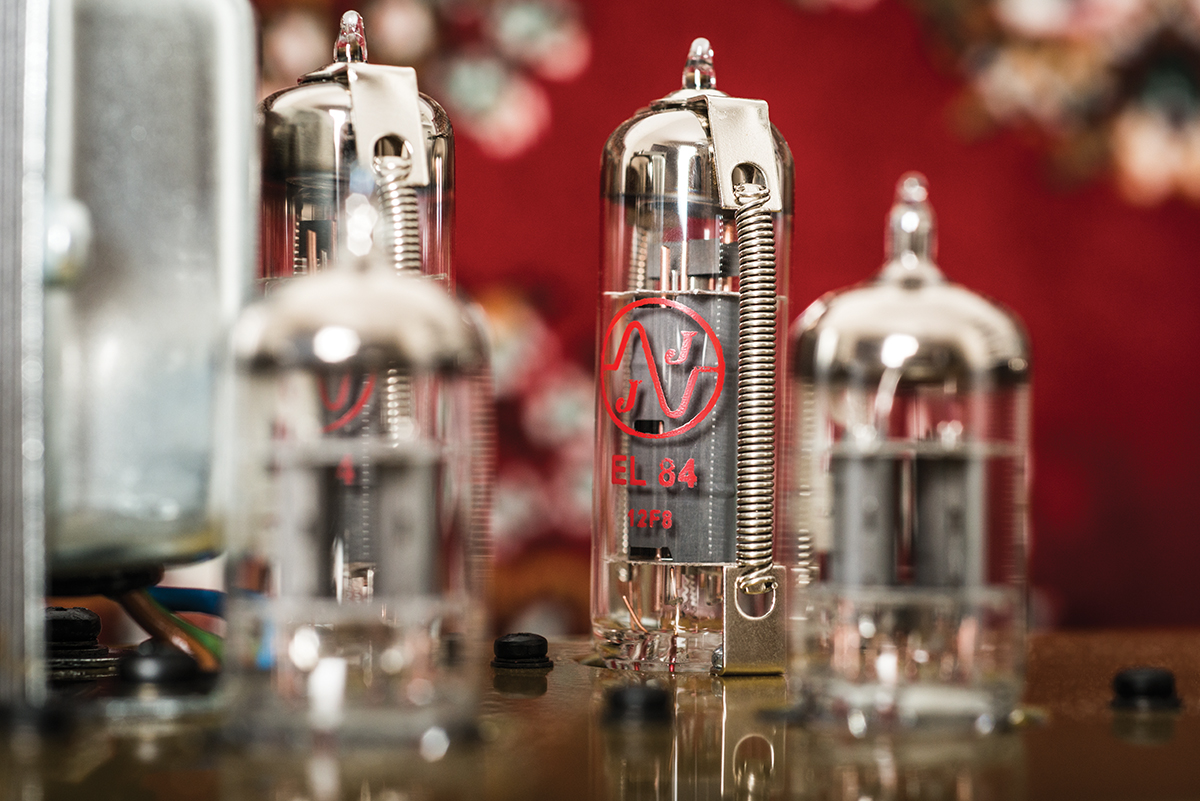 With all the controls at noon, input one sounds cleaner, clearer and more sparkly than input two. However, without any significant difference in level, the overdrive already starts to become apparent through input two and the tonal characteristic has an underlying gritty growl in the midrange.

Input one provides a surprising amount of clean headroom. With a Strat, it’s mellow Hendrix in a box. Clean chords glisten in the treble and you get bell-like lows with a sweet attack rather than the painful transient spike that blights some Brit ‘classics’. Get the volume to around 1 o’clock and the overdrive really kicks in, but beyond 3 o’clock it goes beyond a joyous roar into something a bit looser and more ragged.

This is the overdrive zone that crosses into input two territory – where you might be better off anyway. In addition to more available gain, there’s a lift in the upper-mid crunch frequencies along with a subtle dip in the low mids that tightens the low strings without detracting from the bass weight. 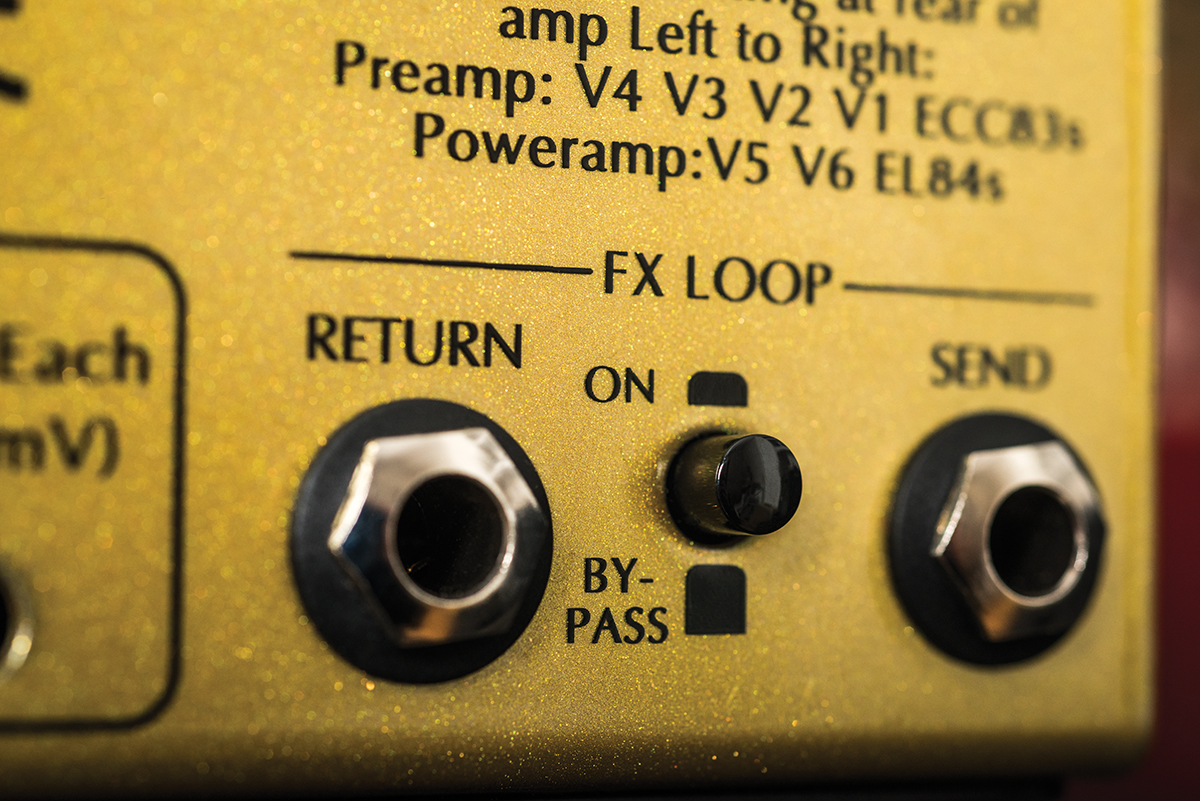 Input two has a more aggressive tone that’s certainly more ‘modern’ than the 60s voicings of input one, but nothing like the metallic crunch of a West Coast-style amp. It’s more about compressed sustaining legato lead lines, articulate bite and hard rock grind than contemporary metal.

The overdrive never degenerates into the extremes of fizzy fuzz tones, and some drop tuners might struggle to achieve the extremely taught definition they need with high-output humbuckers. It’s a fantastic-sounding channel for harder blues-rock, classic metal and more besides, but you should be aware of its limitations.

Getting back to input one, we found the playing experience more tactile and involving because notes gel so elegantly under overdrive. When you dial in the sweet spot, the lows have a percussive bounce and the upper-mids compress under attack to encourage you to dig in with your plectrum or even fingers. 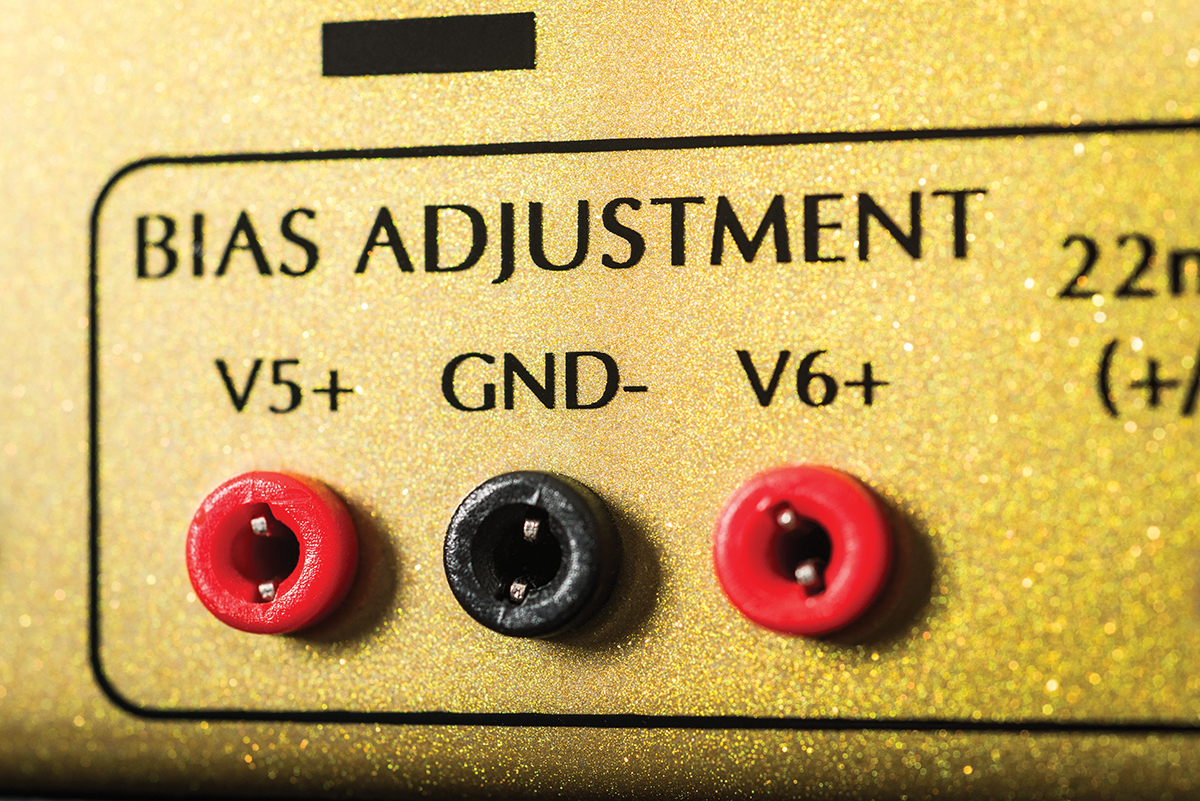 With a Strat or Les Paul, you’ll stumble effortlessly upon a raft of classic tones from SRV to Bloomfield, Kossoff and beyond. Much of this is down to an unusually powerful middle control and, if you want to get deeper into it, you may find that the presence can be used – in conjunction with the treble – to hone bass definition and playing feel.

Under normal circumstances, we would be delighted about having the low power output option but, as with most other attenuators when they’re pushed hard, an off-putting grittiness is apparent. The problem – if you can call it that – is the master volume feature. Basically, it’s so effective it almost renders the low-output feature superfluous because the tone sounds better at equivalent level settings to us. 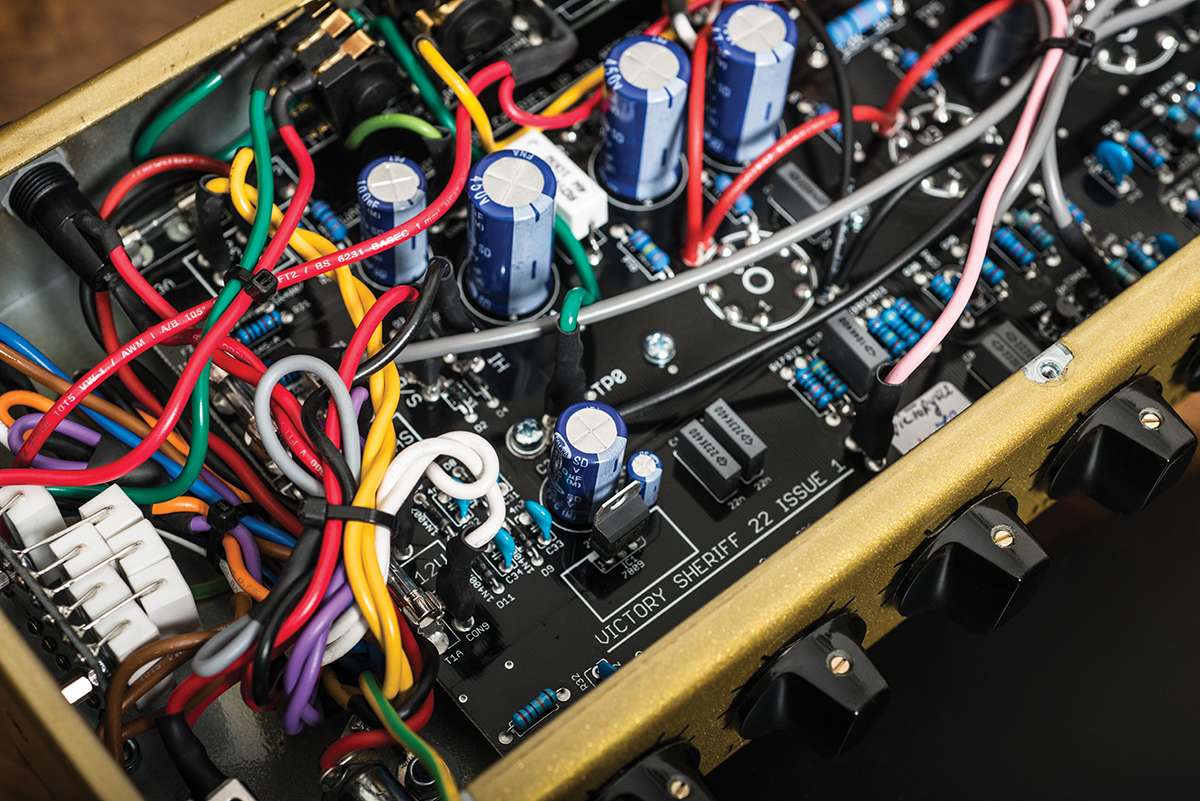 The master volume comes after the phase inverter in the signal path, and enhances the amp’s tone and usability. With heavier overdrive, we found a sweet spot around 3 o’clock, where backing off the master puts the lows into sharper focus. It then gently shaves off level until that pesky Fletcher-Munson thing happens and the frequency extremes roll off towards the bottom of the master’s range. Fortunately, the tonestack compensates here.

Two-channel amps often go pear-shaped when the designer tries to achieve too broad a range of tones and gain levels. You may have played amps where the clean channel sounds sterile and the overdrive channel dives straight into fizzy distortion. It was fine when guitarists felt compelled to switch from squeakily anodyne funk tones to super-saturated shred, but for most of us that era was over by the arse end of the 80s.

When two channels are sharing the same tonestack, valves, transformers and speakers, success is more likely to be achieved when the designer shoots for two closely related, complementary voicings. By doing so, Sheriff 22 designer Martin Kidd has achieved an idealised take on a wide range of classic Marshall tones. Additionally, there are features that enhance this amp’s functionality and playability without compromising character and allow you to dial it in at 21st century levels. 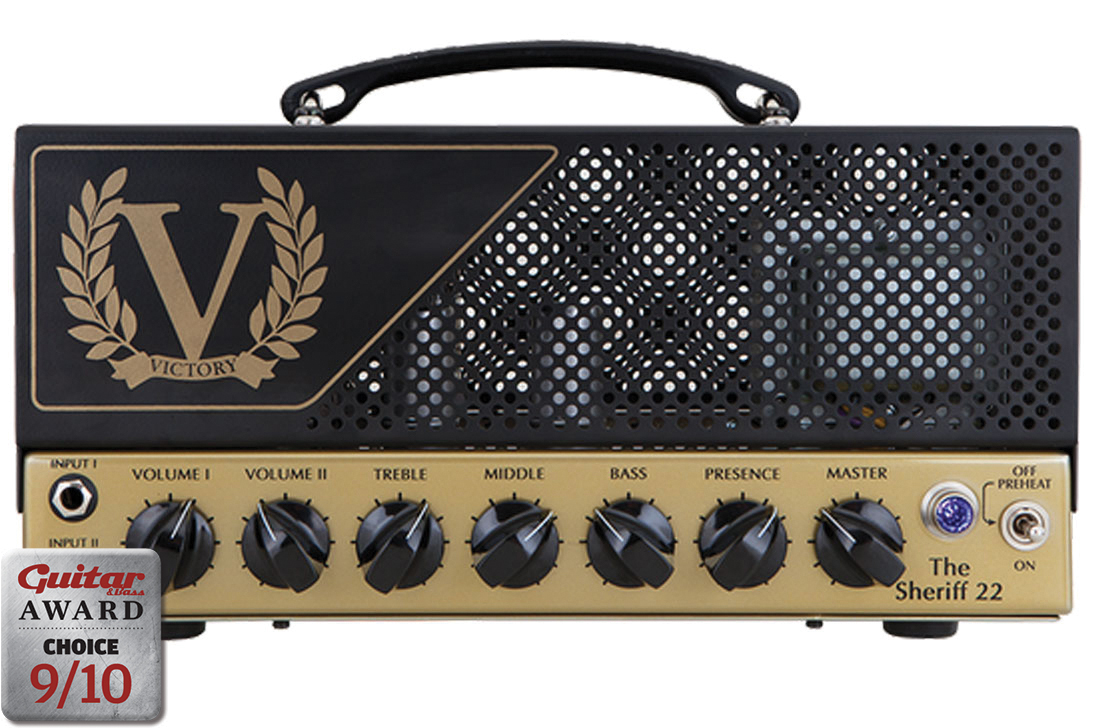 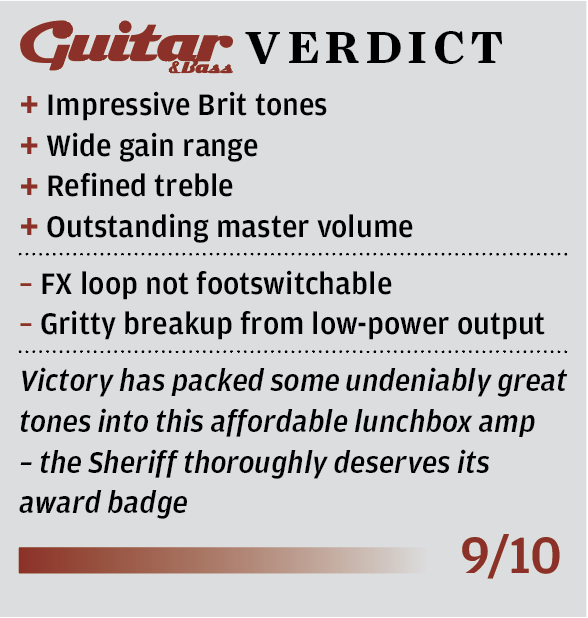