A stunning Kalamazoo-made acoustic that proved Epiphone was capable of occasionally getting one over on its more fashionable sister brand, Gibson, 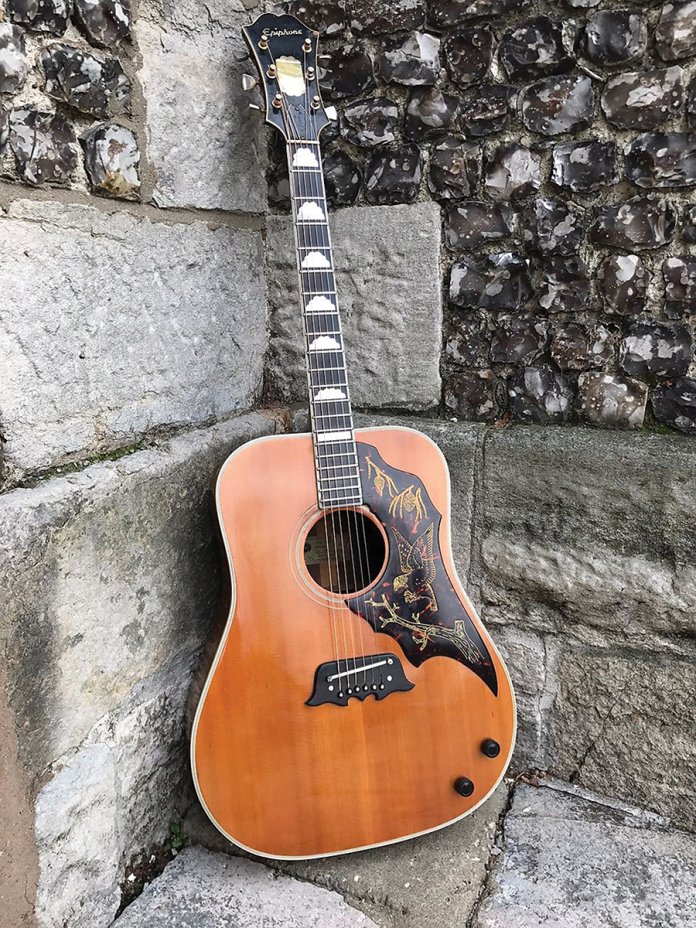 In the first half of the 20th century, Epiphone was Gibson’s closest rival, especially in the archtop market. When Epiphone struggled in the aftermath of World War II, Gibson’s then parent company – Chicago Musical Instruments (CMI) – jumped at the chance to acquire the competition.

Gibson was very protective of the territories its existing dealers operated in at the time, but there were many other shops in these areas that wanted to stock Gibson guitars. The Epiphone acquisition was CMI’s way of getting around this without causing internal strife with the Gibson hierarchy.

Production of Epiphone guitars was moved to the Kalamazoo factory, and many of them were made using the same parts as Gibsons. As a result, CMI was able to provide other retailers “almost-a-Gibson” Epiphones without aggravating Gibson’s dealer network.
For the most part, Epiphone instruments very closely mirrored their Gibson counterparts. But everything changed when Epiphone introduced the FT-120 Excellente in 1963, a high-end flat top that outpaced even some of the top-of-the-line Gibsons.

The Excellente is a square-shouldered dread’ with a solid spruce top and Brazilian rosewood back and sides, which separated it from Gibson’s offerings of the time. The fretboard and bridge were both ebony, with mother-of-pearl cloud inlays – a calling card of Epiphone’s premier De Luxe archtop.

Adding to its mystique, the Excellente’s oversized, tortoiseshell pickguard features an elaborate engraving. It’s outfitted with gold hardware and a rectangular pearl inlay with a cloud on each end inlaid on the headstock.This model was originally priced at $585 with a case ($535 without), which was significantly more than Gibson’s J-200, which could be had for $475.

Though the Excellente was in production until 1969, it wasn’t a big seller, and only 139 were ever made – making this a very rare bird indeed. This one was built in 1964, making it among the earliest produced, and though it’s in very good condition overall, there are a few changes from original spec – electronics have been added, for example. A few small cracks have also been professionally repaired, and these things do have an impact on value.