Stripped down to the bare wood and fitted with a pair of EL90 valves, this late-50s Watkins Westminster ‘Black Star’ still carries the warm, mellow tones it helped pioneer.

The early days of amplification were, ironically, relatively quiet. Simple tone controls and low power resulted in poor high-treble and bass output. Sufficient for the lap steel Hawaiian guitar – which surged in popularity at the time – but entirely too quiet for the blossoming skiffle and rock movements. 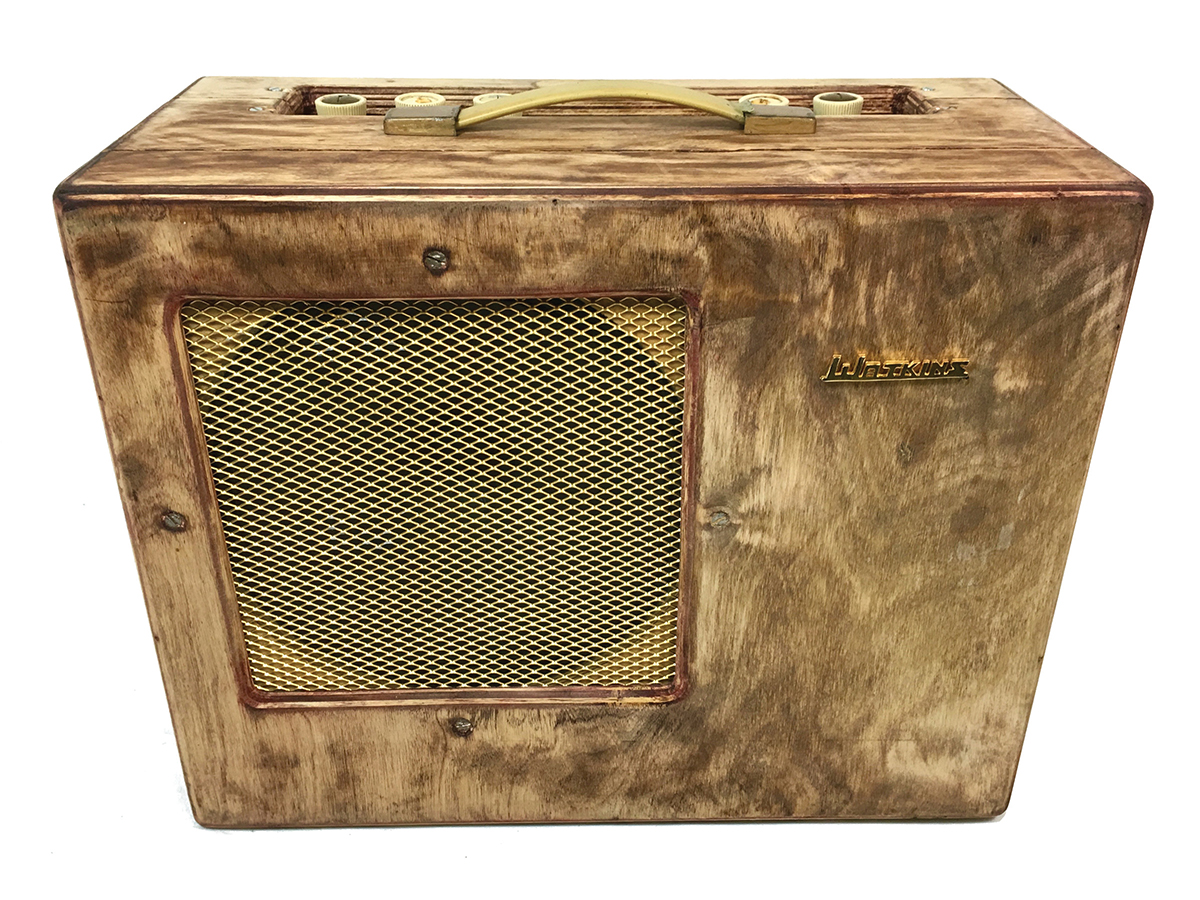 As tastes in music evolved in the late 40s and early 50s, instrument makers scrambled to meet new demands. Venues were filling up, and guitarists were being drowned out by the bustle of the audience. Heavier strings and heavier picks just weren’t cutting it; they needed a new method of amplification. 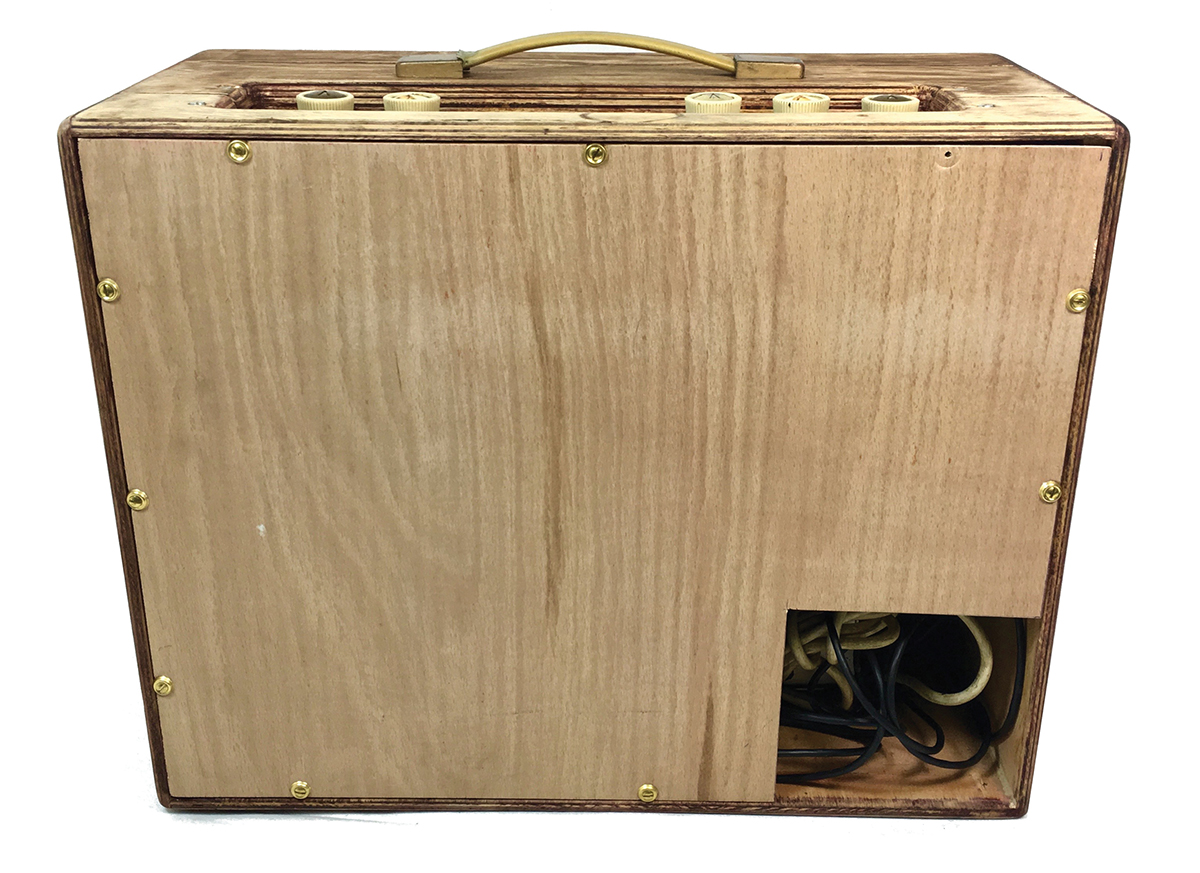 Around this time, brothers Charlie, Reg and Sid Watkins began to experiment. Their shop in Balham, London specialised in guitars and accordions, drawing musicians from around the city, most of whom had the same request: give us more volume. 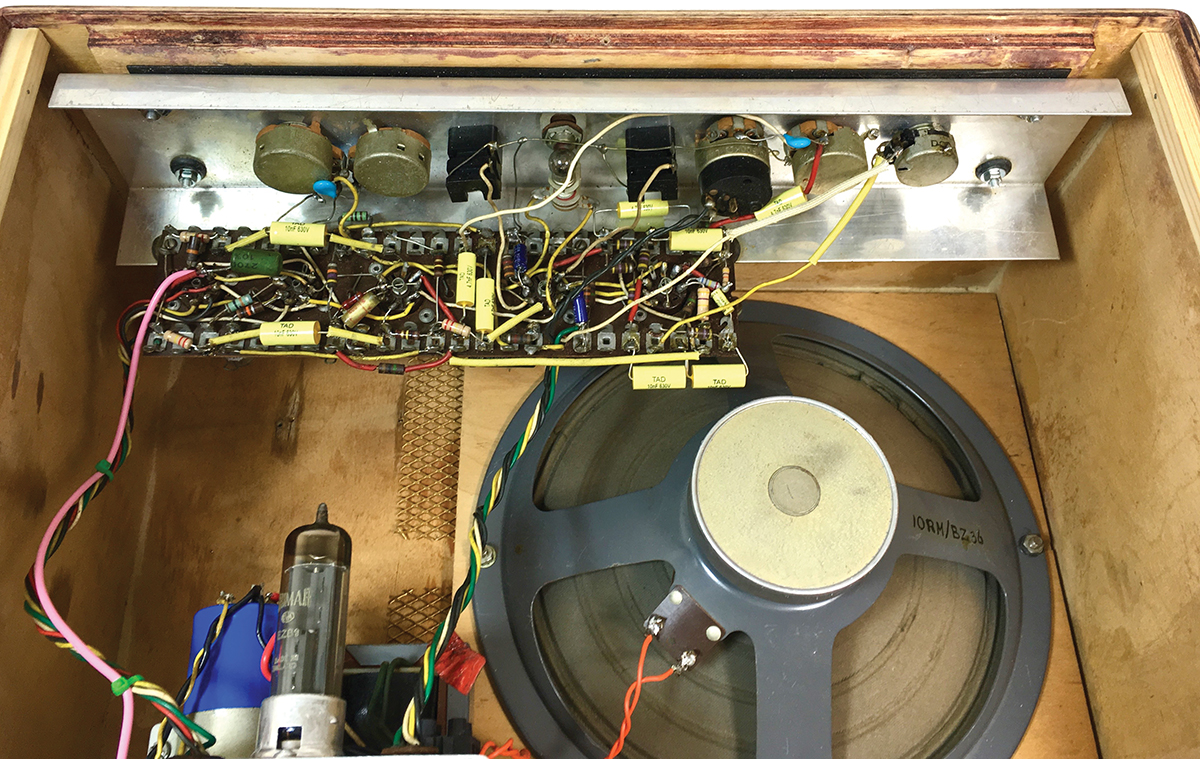 A visionary of his time, Charlie teamed up with Arthur O’Brien and Bill Purkis to create several experimental amp models with a new tremolo effect – predecessors to the Westminster. As they polished the mechanics, they overlooked one very obvious feature: the design. The first Westminster had a relatively typical pre-war style: a compact combo, simple and grey-covered. 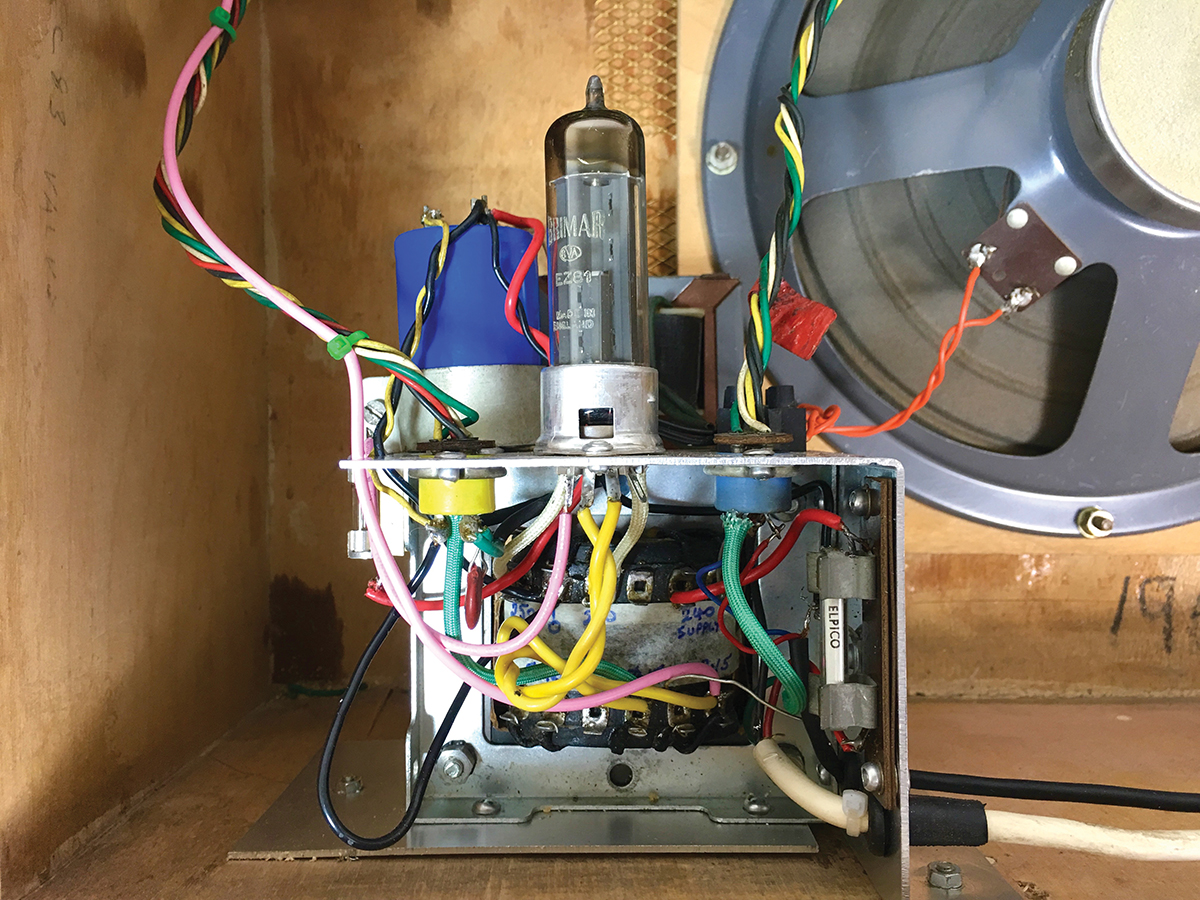 Models began to pique interest in the Balham shop after Charlie – at the recommendation of a friend – swapped the minimalist look with contrasting colour areas separated by inlaid gold string. The red and cream version became known as the ‘Red Star’ model, while the black and cream one earned the title ‘Black Star’. 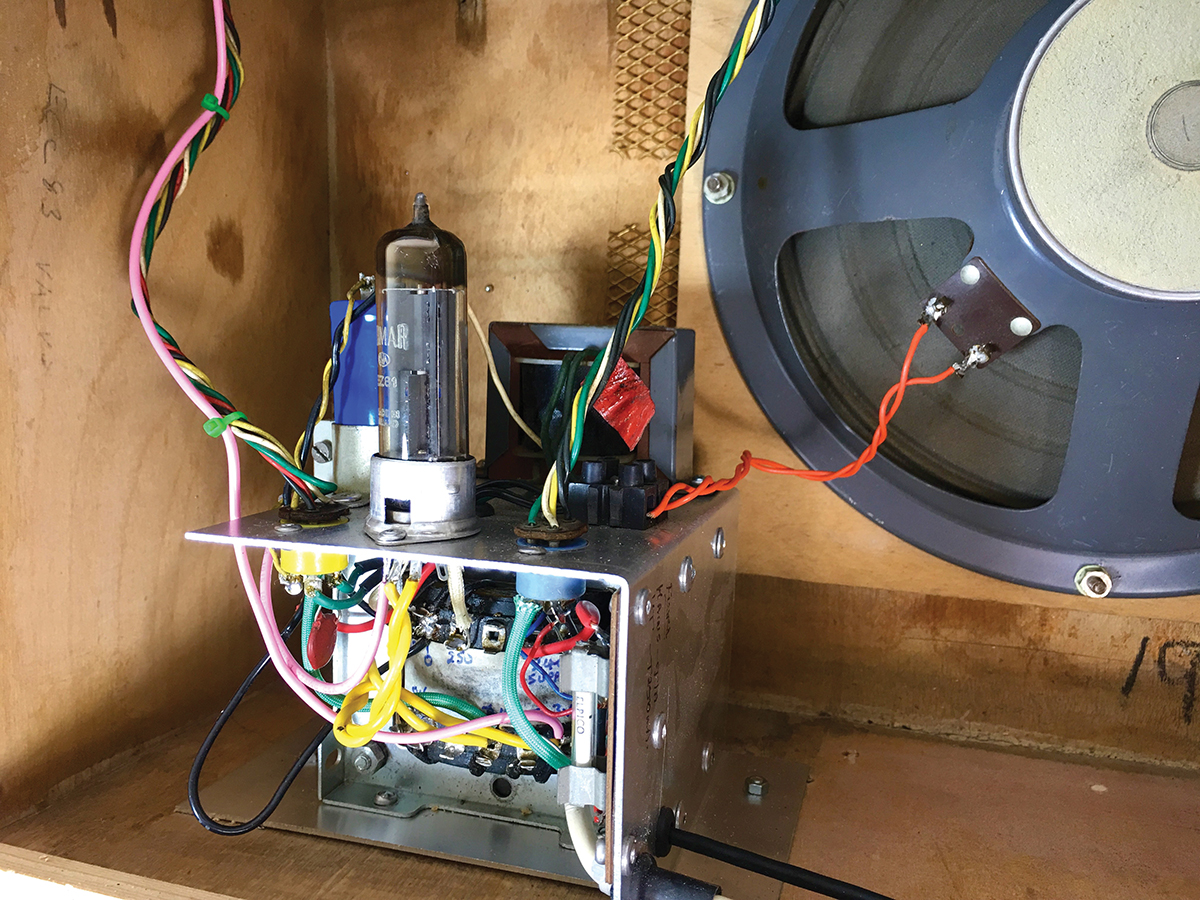 The new aesthetic – along with the 14-watt, two-channel, four-input layout and louder sound – was adopted quickly by the early English rock scene. The Beatles used a Watkins Westminster in their early days at the Star Club in Hamburg.

While the Westminster was eventually eclipsed by younger, more technologically advanced brands, the warm, rich tone became synonymous with early English rock, solidifying Watkins in the annals of gear history. 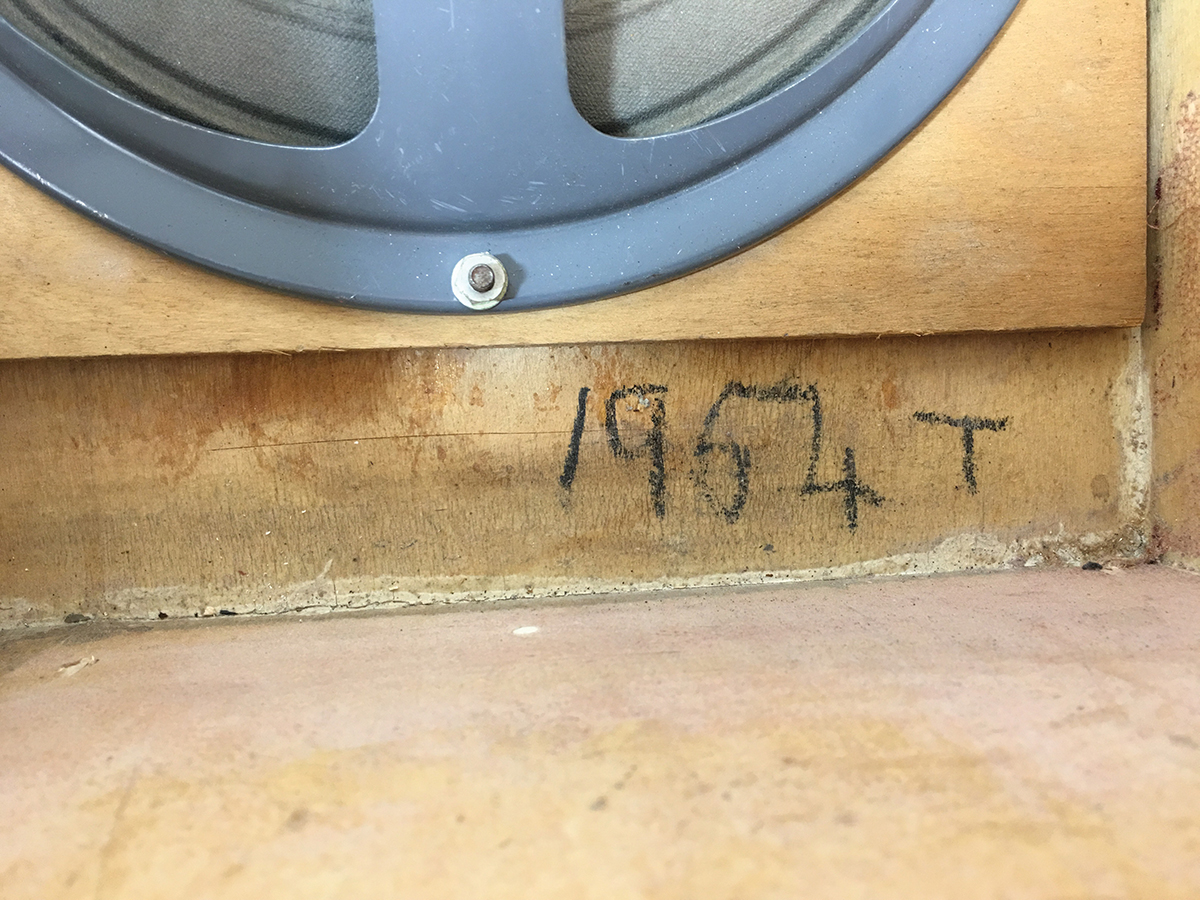