Primus frontman Les Claypool has been dazzling audiences with his unique bass playing for nearly 30 years. He shares some of his four-string wisdom with us… 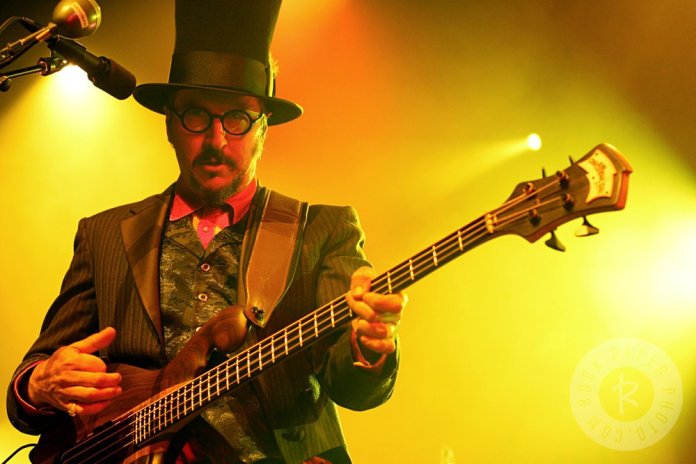 1: Practice a lot when you are young
“When you’re first learning, practice is extraordinarily important so you can get your technique, the mechanics of it, down.

“I don’t practice as much as I should. I do a little more now because, as I’m getting older, I have to warm up before shows to knock the barnacles off the hull! “In my youth, the bass was my best friend – it got me through some girl breaking my heart, or whatever was going on.

“You’d play your blues, play your stresses away. As you move through life, other things take up your time and you don’t focus so much – or at least with that passion. If you’re just starting out, play your ass off.”

2: Invest in buying a high-quality instrument
“I didn’t have money as a kid, so I spent a lot of years not even having an amplifier. When Primus began, I was playing though our guitarist’s spare guitar head. It all started when I met a guy who needed a bass player – that happened a lot back then, because everybody wanted to be Eddie Van Halen! 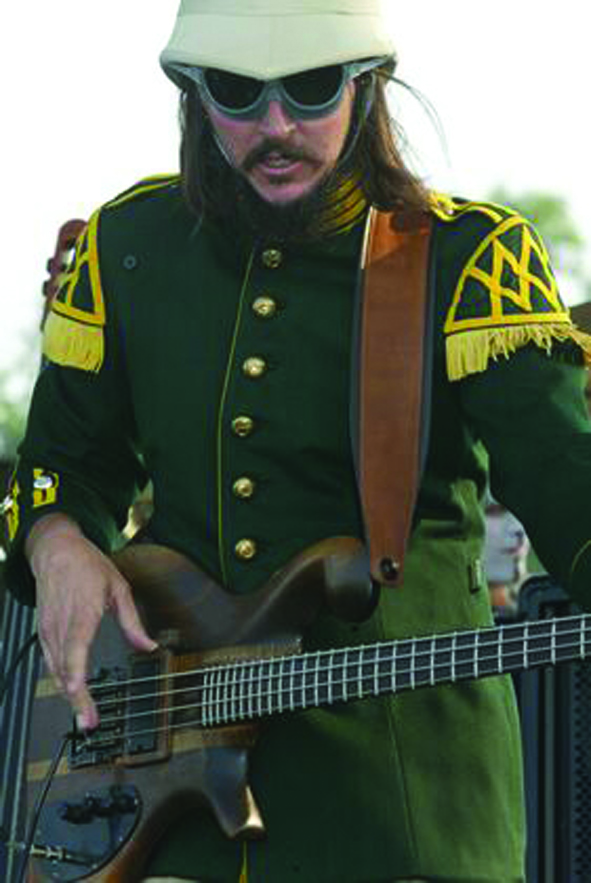 “I knew this guy who was selling a bass for $30, but my father took me to Al’s Musical Instruments and I got a Memphis P-Bass copy for $150… then spent the summer pulling weeds to pay for it.

“An instrument that’s comfortable, fits you and is easy to play is going to take you much further than something that’s half-assed and just gets you frustrated.”

3: Challenge yourself
“Many years ago, a guy came up to me at a music instrument convention and said, ‘You’ve got a Carl Thompson, look at my Carl Thompson – it’s got six strings and it’s fretless!’ So I had to get one. It’s a bear, it’s a bitch, it can be a pain in the ass sometimes.

4: Practice singing and playing until it’s automatic
“Some things fall together easily, other things you just have to force yourself to do. For many years, I didn’t consider myself a singer, I didn’t think I had the chops. When I first learned Tommy The Cat, learning to narrate over the top of it was tough… Singing and playing is a very difficult thing to do, but if you get to where it’s a part of your subconscious, you can do it.”

5: Play with real live humans
“Playing music is a form of communication. You can learn how to play Kashmir by Led Zeppelin sitting around in your room… but when it comes time to improvise with a drummer and take it somewhere else, what are you going to do?

“With each person you play with, you’re going to expand your musical vocabulary and your ability to communicate with another musician. And, subsequently, with the people who are paying attention to it – the audience.”

6: Be open-minded in your playing, but above all else serve the song
“For many years, Primus songs started with the bass part, the vocal part. But on the Green Naugahyde record, I was insistent that the guys brought in songs, or bits that could be built into songs. So a song called Jilly’s On Smack was built around the guitar part.
“If you listen to the bass, it’s very different to, say, Last Salmon Man, or other songs that started with the bass.

7: Get through fallow periods by changing your routine
“One of the greatest things that happened to me, for my career and my ability, was Primus breaking up in the late 90s. I went out and bought this old motorhome, piled all my favourite musicians in it and went up and down the West Coast playing bars. Not a single Primus song; that’s when we did Pink Floyd’s Animals in its entirety. It was one of the greatest growth periods in my life as a musician.

“When I came back to Primus years later I was totally refreshed. Sometimes, you need to make a change. It can be scarier than hell, but you have to force yourself to be inspired.”

8: Find a hero to inspire you
“I still have heroes; I think it’s a wonderful thing. When I first started, Geddy Lee was my hero, and I’m fortunate he’s become a good buddy. As a young fellow in my teens, there was nobody superior. Then I stumbled across guys like Stanley Clarke, Larry Graham and Tony Levin.

“I would like to hope I’m a positive influence on people’s lives, too. I play this hunk of furniture with strings on it and keep myself entertained while entertaining folks. That’s an amazing position to be in!”

9: Remember the importance of listening
“A lot of people play their part the best they possibly can. They’re hammering their part out, and not listening to everybody else. My favourite players in the world have ‘big ears’ – (keyboardist) Bernie Worrell has incredible ears. He hears everything and reacts to every little thing. And when you play with someone like that it is spectacular. It just goes back to that conversation thing. You can’t just dictate – you have to react and have that person react. That’s when you have a glorious conversation… and that’s when you have glorious musical interaction.”

10: Use YouTube as your tutor
“It’s a massive thing – if you want to know how to play a song, you dial it into YouTube and you see one of us guys playing it. Back when I was a kid, you had to go to the show, stand and stare and go ‘Oh my God, look at him go!’.

“We’ve progressed in many ways, whether it’s the cost of the instrument, the access to these instruments, access to information, to seeing players play these things… If I want to learn a Larry Graham song, he’s there online; someone’s filmed him sitting in a room, showing people how.”