This nicotine-stained Telecaster saw plenty of action before finding its way to its latest custodian. Take a closer look at a guitar with country mojo and stories to tell. 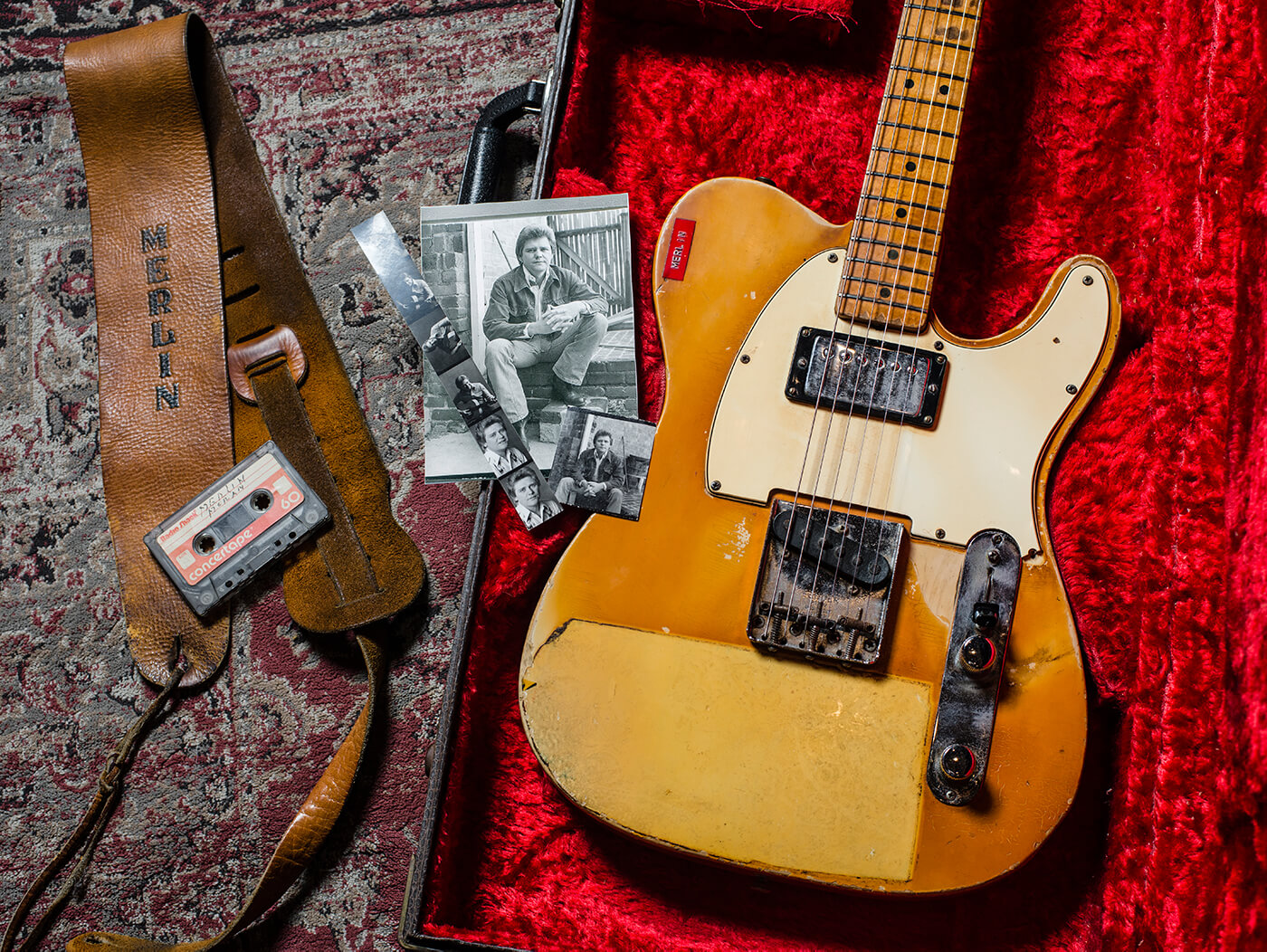 We all remember the stories of Merlin, wizard of Arthurian tales who, since first appearing in fiction in the 1100s, has popped up in all kinds of modern media from Justice League comics to an eponymous Netflix series, and strangely enough as a character in Michael Bay’s incomprehensible Transformers: The Last Knight. With a wave of our wands, we’ve conjured a guitar which showcases a different sort of magic, one that just happens to share a name with the famous enchanter. 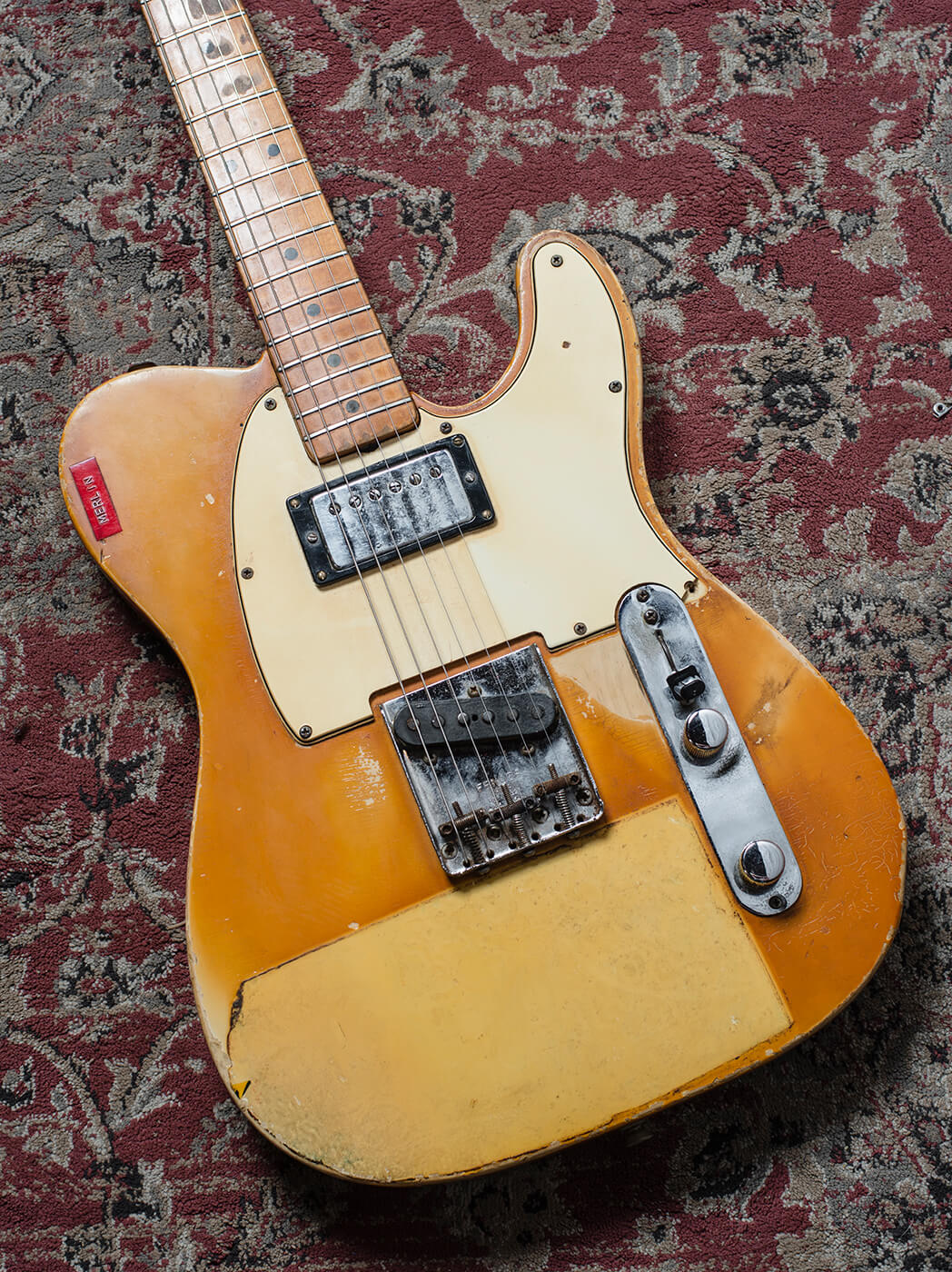 Upon first introductions to this nicotine-stained 1967 Telecaster, Guitar Center’s Nick Conte tells us that it was the main axe of LA-based guitarist Merlin Moran. Moran was an “old-school player” who slung guitar for none other than Linda Ronstadt during the early days of her career. Ronstadt, frequently referred to as The First Lady Of Rock, boasts a number of Grammy Awards and nominations for her work, a truly impressive career that really deserves its own article.

When Merlin’s tenure with Ronstadt ended, he formed a new band called Moccasin which only released a single record. “Eventually, he was kicked out of the band,” Conte explains, “and the members of that band went on to form The Tractors, who went on to be Grammy-nominated.” 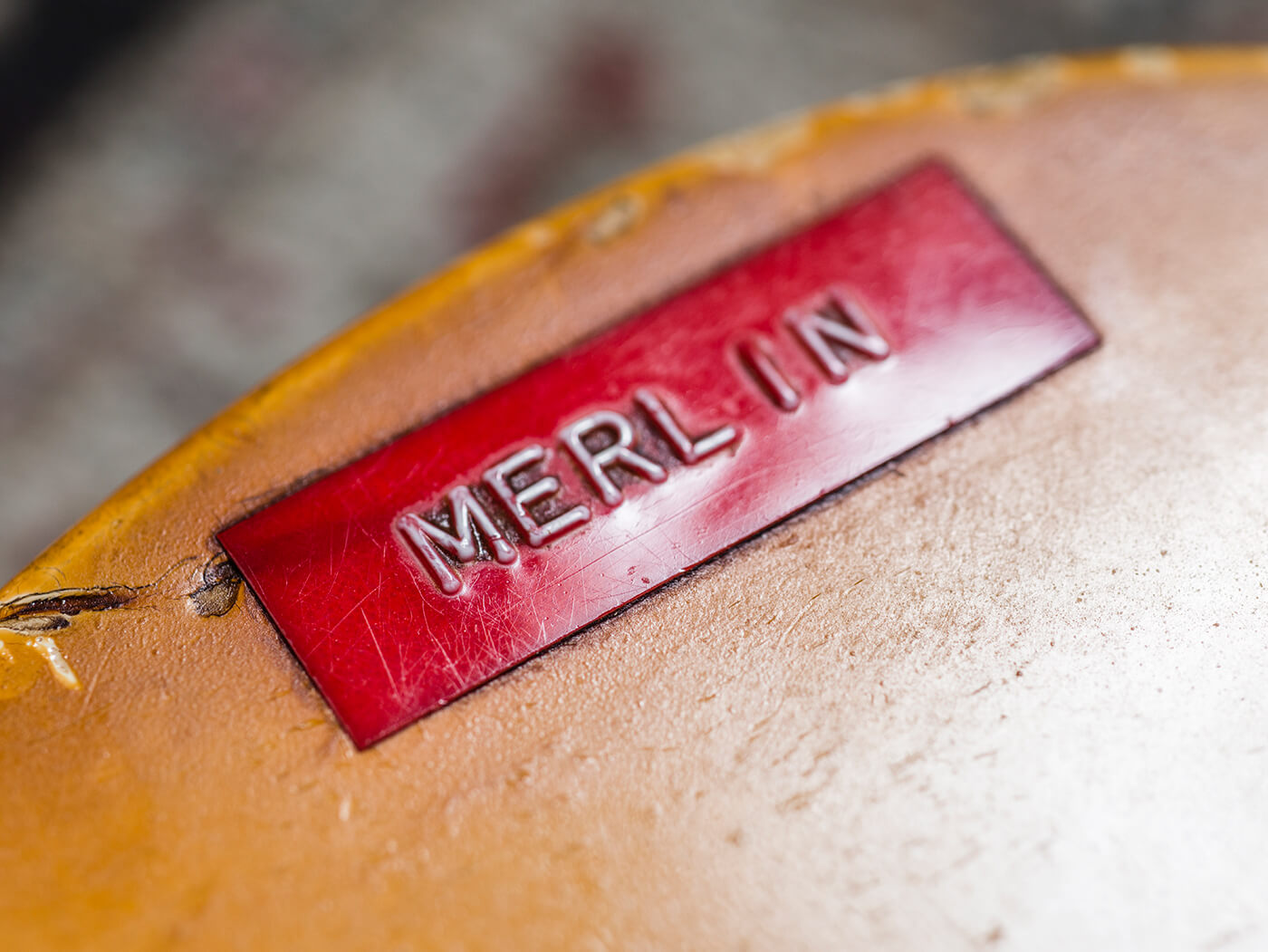 Easily identifiable as Merlin’s guitar by the red label on the bass-side bout, this guitar may only share a name with the fictional magician, but that doesn’t make it any less magical. It’s obvious from the giant, unfaded patch on the body that this guitar has seen some smoky barrooms in its day, as the majority of the finish has turned to that inconsistent shade of orange that’s common for white or blonde guitars from the pre-cigarette-ban era of music-making. Believe us, the guitar has the smell to match. We’re told that the unfaded spot was once covered by a huge sticker and upon closer inspection, there appears to have left a paisley pattern tan line in its wake.

Worn in all the right places, the maple-cap neck plays easily and has a rather delicate profile. The guitar appears to be mostly original save for the addition of a Gibson T-Top humbucker in the neck position. At the time of this photoshoot, the bridge pickup wasn’t functioning, but thankfully the guitar had an appointment with the GC tech that day. We wish Merlin a speedy recovery. 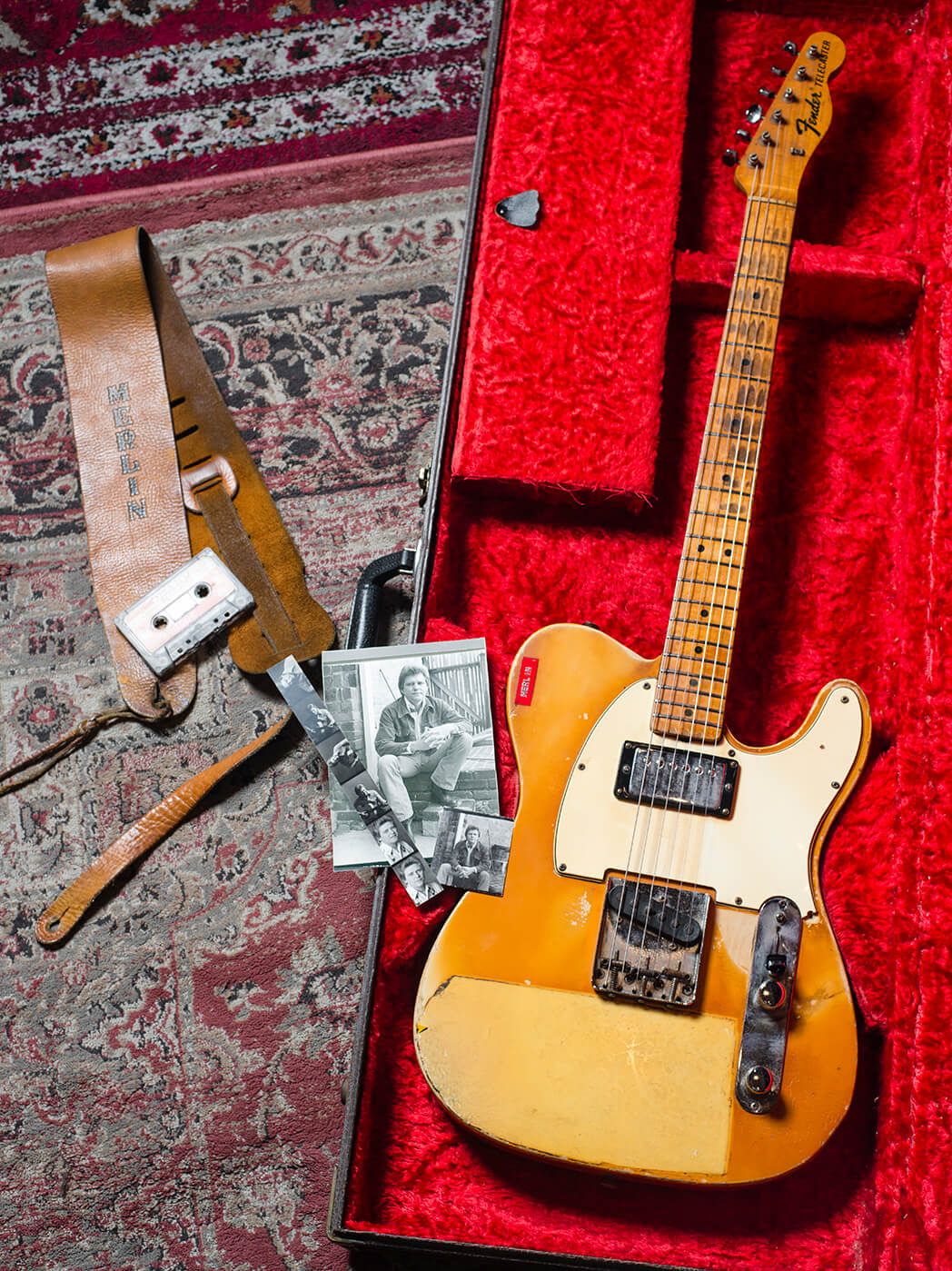 Tucked inside the case are a number of interesting artefacts, including headshots of Merlin the player, a strap with his name on it and even a cassette tape of the man’s music. Sadly, no Walkman was available at the time for us to hear it.

Nick Conte tells us that he had just scored the guitar for none other than Joe Bonamassa, who plans to play the guitar as-is. “Joe likes either really, really clean stuff or really, really beat-up stuff,” Nick reveals. Interestingly, Nick purchased the guitar from a person who grew up in Rochester, NY, which is where Bonamassa himself is from. “The guy told me that the first concert he ever saw was Joe opening for BB King. Small world.”