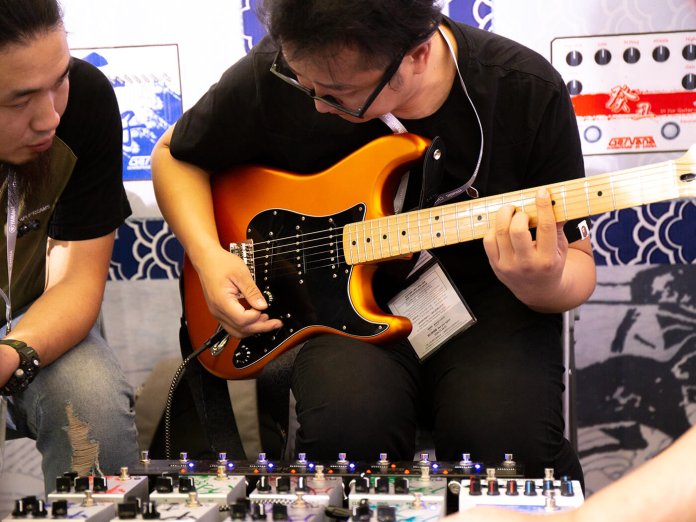 Music China 2019 ended as it began: with the sound of guitars ringing in our ears. Unlike at NAMM, there were no apparent dB restrictions here – or at least there were no ‘noise police’ to enforce them – so everyone was free to crank up the volume. Even the live stage performances had to compete against one another.

These are our highlights from the final day of the show – and stay tuned for more to come!

Heritage and Teisco shared a booth at Music China 2019, where the former’s Standard models and new Artisan Aged series made quite the impression with visitors, especially those interested in US-made instruments.

These Artisan Aged models were relic’d by hand in the iconic 225 Parsons St factory in Kalamazoo, Michigan. Other than the ageing, they’re identical in spec to the Standard models – check out our review of the H-137 and H-150 here.

A detailed look at the intricate checking on the Artisan Aged headstocks.

The self-explanatory Boost, Fuzz and Delay pedals from the revived brand are as quirky as the off-kilter guitars the company made in the 60s and 70s. Read our full review of the stompboxes, in which we called them “classy and cleverly designed pedals that do familiar jobs with unexpected style”.

Stay tuned for a full demo video on the guitars and pedals!

Gervana is one of the few Chinese brands that build boutique handmade pedals with all-original circuitry. 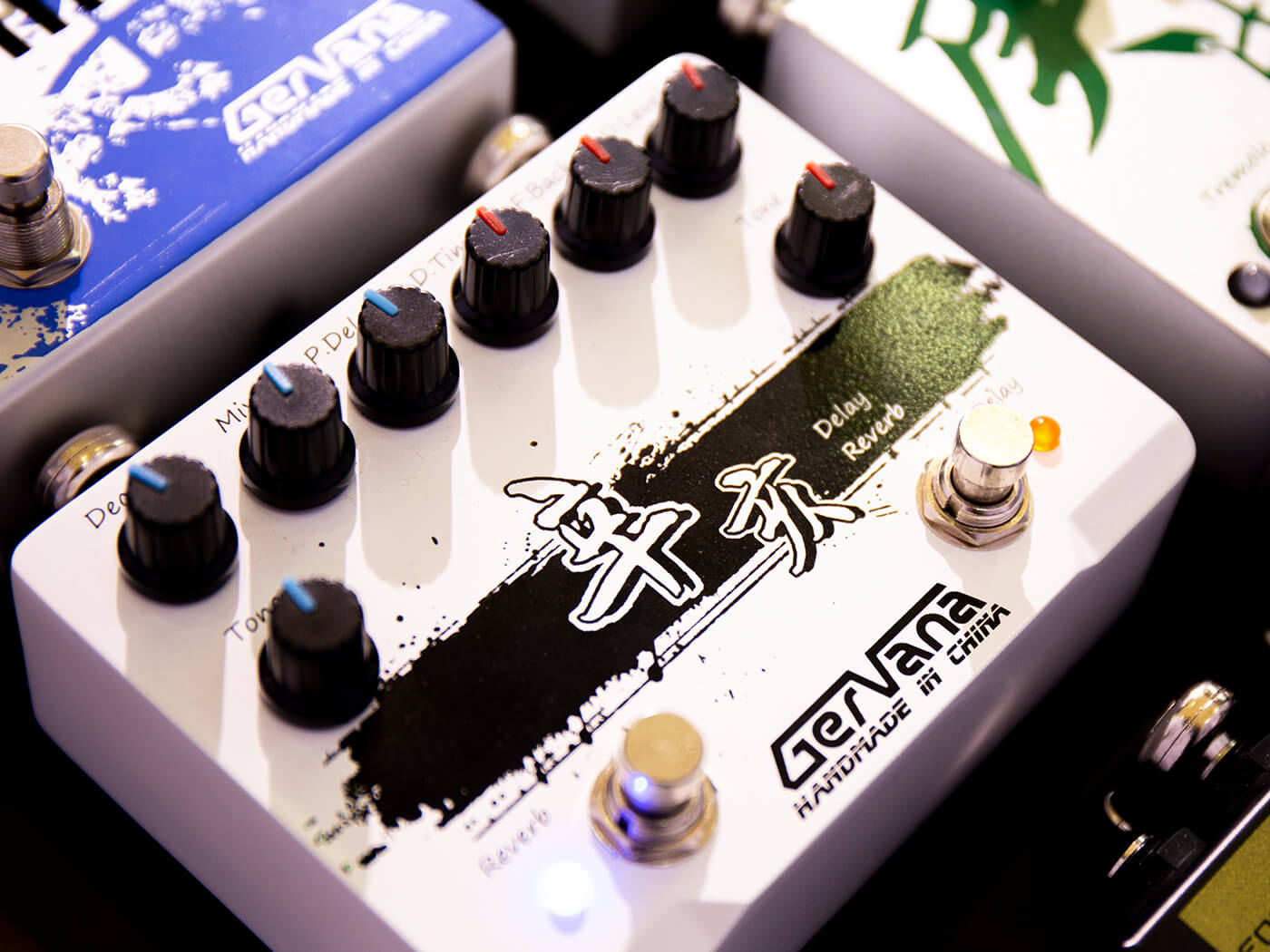 This delay/reverb unit is among Gervana’s new-for-2019 devices, which also include a tremolo, phaser and several drives. We’ve got a full demo of all the pedals on its way.

ALP – which stands for “Advanced Live Performance” – is another Chinese brand that uses patented designs (such as the bridge) and quality components. It specialises in headless and lightweight travel guitars, which are split into two broad ranges: Leaf and the ALP Series.

Above is the DRA-300, an aluminium electro-acoustic model that lets you play through headphones or an amp.

The newer of the two ranges, the Leaf series comprise solidbody electrics with mahogany bodies, maple necks and rosewood fretboards. Jack Ma, Alibaba co-founder and one of China’s wealthiest men, famously played an orange Leaf at his company’s 20th anniversary in September this year.

A rainbow of pedals from Joyo, a Chinese brand that, like Mooer and Hotone, is making waves internationally. 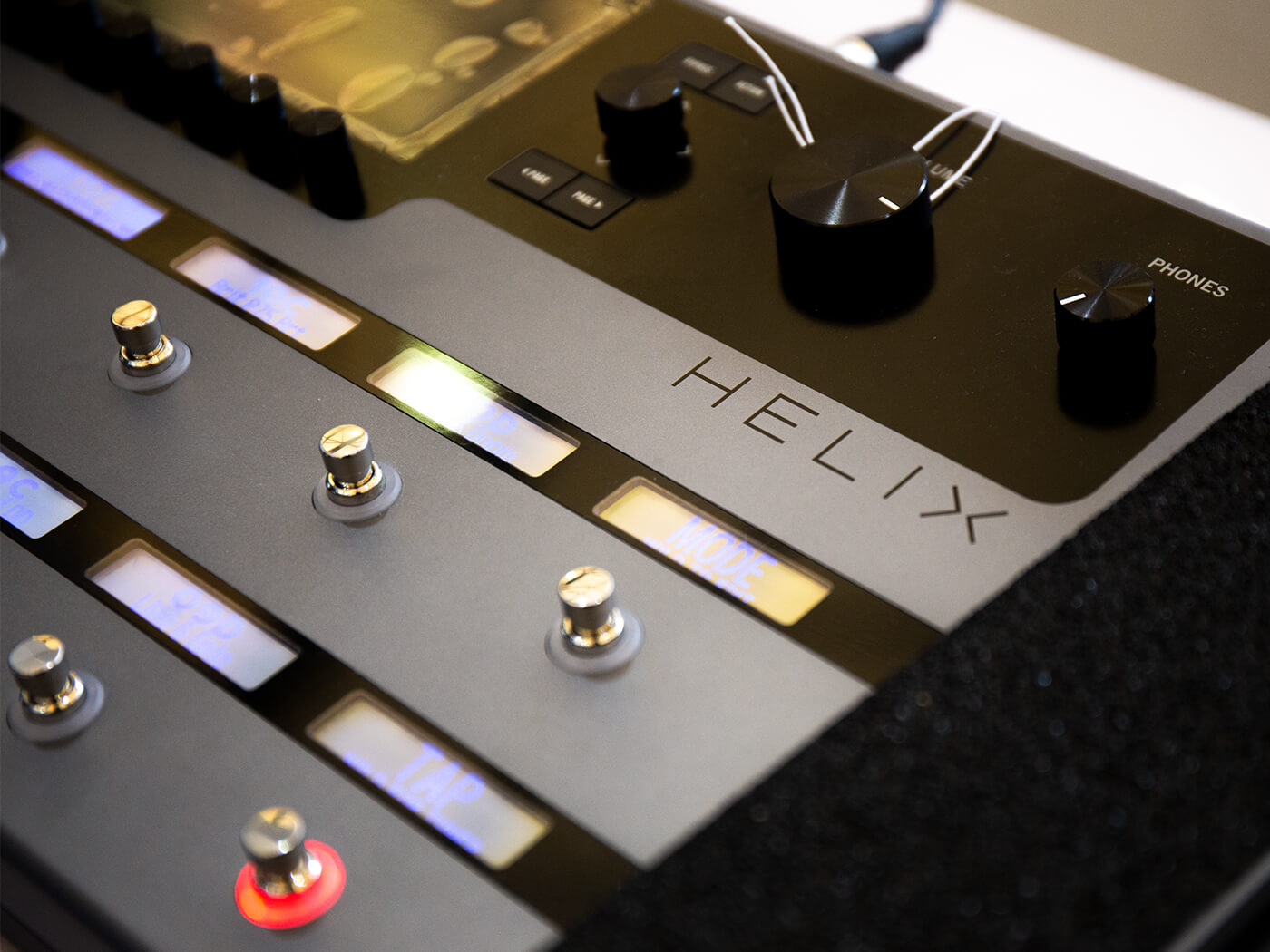 And you should be no stranger to this brand – the Helix, one of Line 6’s flagship products, made our list of the best multi-effects to buy in 2019.

[Ed’s note: BandLab Technologies, the parent company of Guitar.com, owns the Teisco brand and is a partner of Heritage Guitars.]