The story of Auden: The most innovative new name in UK acoustic guitar making

From the very start, Auden Guitars has sought to develop an innovative approach to making quality hand-built instruments that don’t break the bank. Auden kingpin Doug Sparkes shares the story of this transcontinental brand. 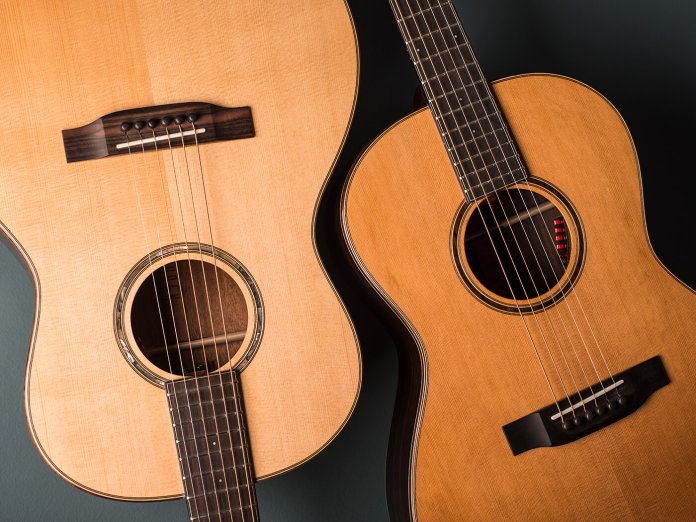 Driving down a quiet residential street in a quiet market town in Northamptonshire, you might not expect to come across the biggest new name in UK acoustic guitar making, but breathing new life into the old red-brick co-operative society building at the corner of a leafy road in Higham Ferrers sits the headquarters of Auden Guitars.

Stepping inside the large wooden doors, however, and you’re instantly transported from quiet suburbia into the hustle and bustle of a luthier’s workshop – workbenches are set up with instruments in various stages of assembly on one side, down the corridor a team of young luthiers are hard at work shaping necks, sanding tops and setting frets, while in between a brand new spraying room is stacked with brightly coloured Gordon-Smith electrics (Auden bought the iconic UK brand a few years back and builds guitars under the banner here, too).

It’s a remarkable thing to find in this unassuming corner of England, and yet it feels like an appropriate setting for a guitar company that has always tried to do things a little differently. At the heart of everything is Doug Sparkes – the man who started Auden alongside head luthier Rob Bowman, and has overseen its rise to prominence. But how did we get here? 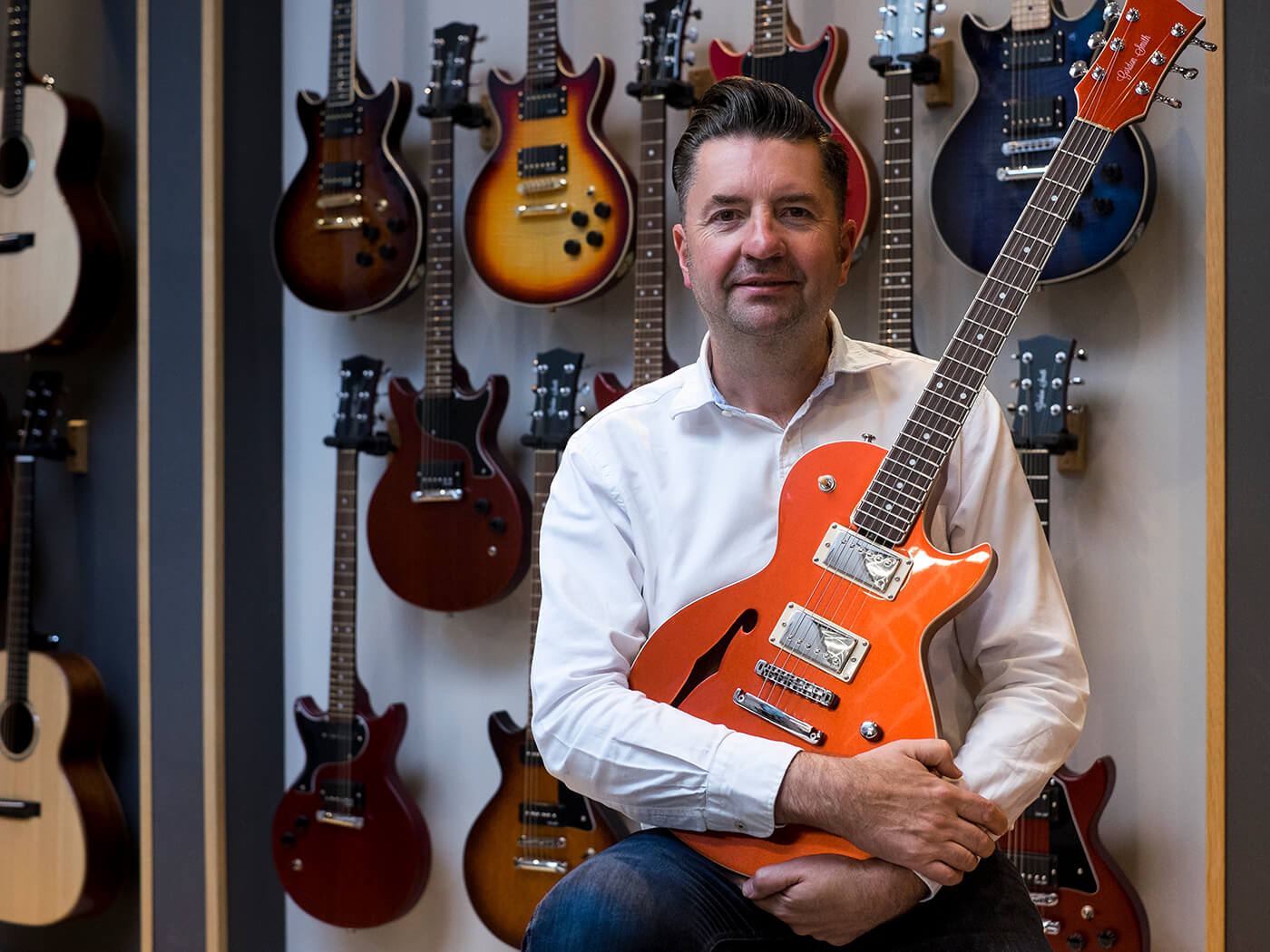 “Well, I’d been playing guitar in the same band for 25 years, but I had a business in a completely different industry completely unrelated to guitars,” Doug explains over a coffee in his office at the far end of the workshop. “Then I made a decision to sell a business, and in the process of that, I found myself in Shanghai over a weekend, holed up in a hotel. And I was just miserable just thinking ‘What am I going to do? I’ve done all the touristy stuff!’

“Then, into the hotel bar walked two Western guys carrying guitars. So, I was obviously interested in what they’re doing in China, so I decided to talk to them and find out. It turned out they were actually going to Music China. I immediately thought, ‘I’ll blag my way into the show, and I’ll spend my weekend looking at guitars! But by the end of the weekend, I’ve got this seed planted in my head that my next venture was going to be something to do with musical instruments.”

The seed might have been planted, but Doug didn’t have the technical expertise to make the dream a reality. That was until a chance encounter with a session player when he was making a record with his band…

“We were doing some recording and we wanted a banjo part on a particular track,” Doug picks up. “We were introduced to this guy called Rob Bowman, who is a session banjo player. And so he came in to play with us, but during the session, he noticed the state of my 25-year-old Takamine that I was using – it was beaten to hell, had a hole in the top… the bracings were falling out… it was completely wrecked!

“And Rob looked at it and said, ‘Why don’t I try and fix this up for you?’ I didn’t know this guy, as far as I was concerned he was just a banjo player! But I said yes, so he took my guitar. Then he brought it back a couple of weeks later, and it played and sounded better than the day was made!

“Then the next thing I knew, I’m sat in his lounge saying, ‘Rob, I want to take you to Asia with me for a month. And we’re going to go around all these guitar factories, and see if we can find a really great product. And if we can, then we might have a new career!’”

That potential ‘new career’ had been inspired by Doug’s entrepreneurial brain putting together the impressive level of instrument-building that he’d seen on the Music China show floor with the dearth of mid-priced instruments that offered genuine bang for buck.

“And I thought well, is there an opportunity here?” Doug recalls. “Has guitar building in Asia developed enough to enable us to get a really good quality product, and still make it reasonably priced? I wanted the best materials and the best hand-built skills and craftsmanship, but I wanted a guitar that was affordable.” 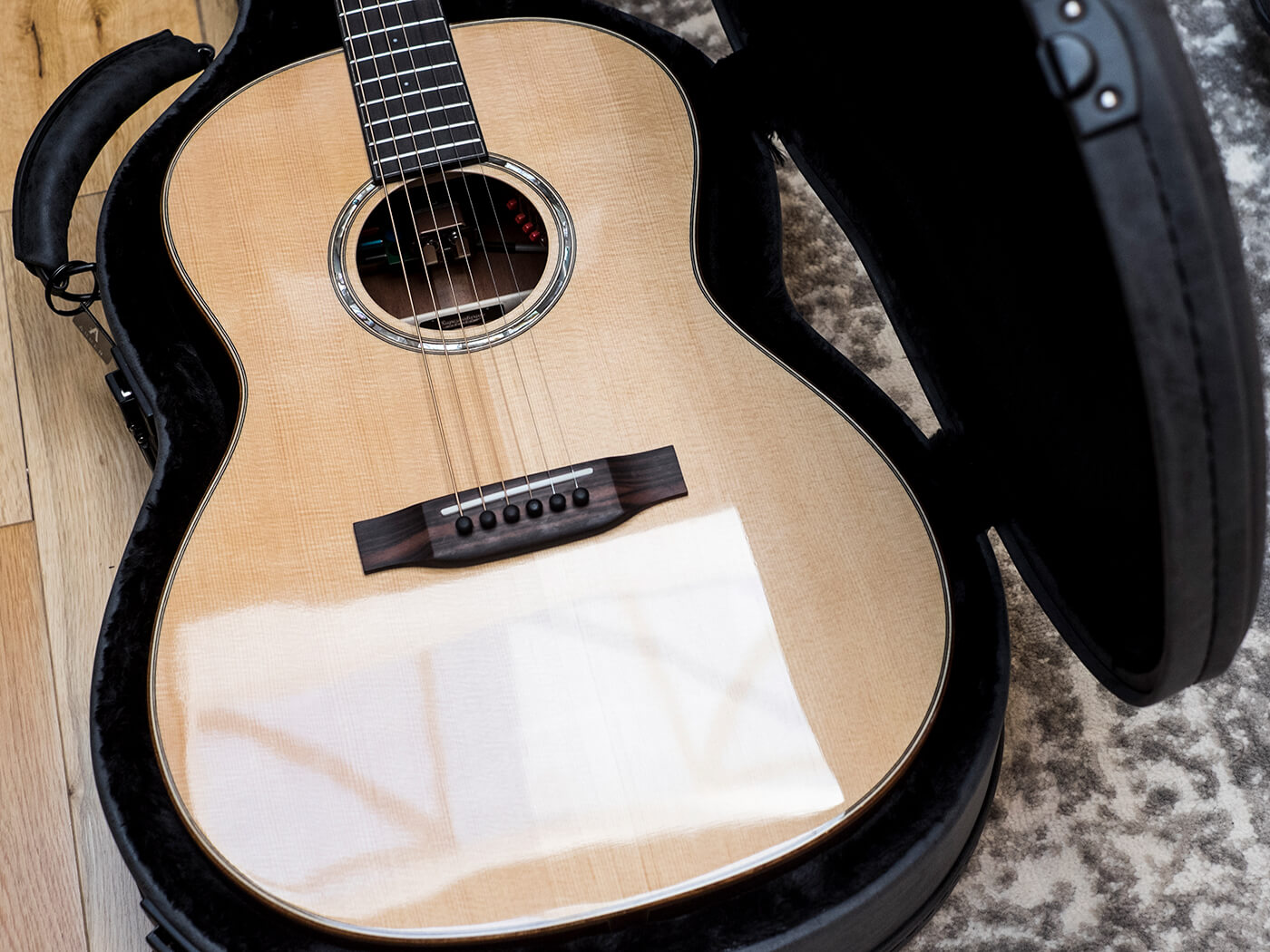 With a plan in action in place, Sparkes and Bowman spent a month travelling around China visiting factories that produced instruments for brands big and small both in Asia and in the US, but came away concerned that they couldn’t find what they were looking for.

“We went round over probably 30 different factories, and towards the end of it I was getting really disheartened because nobody was doing what we wanted,” he recalls. “Then, near the end of the trip we met with an ex-Gibson luthier who was living in China, and he said, ‘Look, there’s one factory you should go and see,’ in a town called Haizhu, which is just outside Guangzhou, in the south of China. So we went over to have a look around and it was by far the best factory we saw on the trip, but it still wasn’t quite what we wanted. It wasn’t a hand-built, luthier-built.

“So we went out for dinner with the guy in charge, and I explained to him, ‘It’s really the best factory we’ve seen congratulations on what you’re doing. But it’s not quite what we want. What we really want is somebody that can handle the woodwork in the traditional way’. And he said, ‘Well look, we’ve just moved into this new factory and we own the building opposite as well. So if you’re serious about it, I’ll set up a hand-built workshop for you. But you need to write an order out.’

“So he really called my bluff! as I sat there and you know, as the second bottle of wine came out, the pen came out and the order was signed and we’re committed to the first orders being made.”

In the years since, Auden has evolved and grown into exactly what Doug envisioned it being, a British company that harnesses Asian production to produce hand-built instruments of high quality that slot comfortably into the £1,000-£2,000 price bracket. The brand now sports eight different models available at several different price points, and there’s even a custom shop for special orders – but it all grew from that chance encounter in Shanghai.

“It’s the same team of nine luthiers in that workshop that we’re building the very first Audens are still working at the workshop making all the orders now,” Doug adds, proudly.

The way Auden assembles their instruments means that much of the raw woodworking is done in China, while the UK team, most of whom Bowman brought on as apprentices, effectively training up a new generation of young luthiers.

“They build the wooden shell, and that comes over to the UK – so the neck is attached but it’s not set, there’s no tension on the truss rod,” Sparkes explains of the process. “So we’ll do the setting of the neck here. The frets are in, but they’re not dressed, crowned or polished – so we do all that work here. The hardware goes on, the tuners go on, we fit the electronics, the Brad Clark supernatural system is fitted, and we custom-make a saddle to go with the pickup for each guitar. It’s given its final buffing polish on the wheel here, and then it’s set up ready to go out to market.”

But you don’t need to take our word for it – another unique thing about Auden’s UK home is that if you fancy popping your head into the workshop and seeing Bowman and his team at work, you can. Simply give them a call and pop down to Higham Ferrers, as Doug says, their doors are always open.

For more information, check out audenguitars.com.