“I came out wanting to make some fucking noise”: Ben Gibbard on his signature Mustang, songwriting by chain letter, and Death Cab’s tenth album

Fifty seconds into the new Death Cab for Cutie record, your senses will be rearranged. Where once you were a person listening to Ben Gibbard’s honeyed voice over a skipping guitar line, now you’re someone whose head has been cleaved in two by a truly unexpected blast of distortion. “I’ve had a couple of friends call me like, ‘Hey, you know you’re going to owe people new speakers, right?’” he says with a laugh.

Opener I Don’t Know How I Survive features one of several moments on Asphalt Meadows, the band’s tenth studio album, when Gibbard and his bandmates – guitarist Dave Depper, bassist Nick Harmer, drummer Jason McGerr, and Zac Rae on keys – give in to a desire to make as big a dent as possible, a compulsion that took hold during the inertia of the pandemic. “I came out wanting to make some fucking noise,” Gibbard says. “I didn’t want to make quiet, lush, aren’t-we-all-sad-that-we’re-in-our-houses music.”

To help them in this endeavour, the band called on producer John Congleton, whose reputation for squaring pop nous with off-the-wall, scuzzy presentation has been well earned through his work with St Vincent, Angel Olsen and Sharon Van Etten. In working with a producer who not only has a recognisable style but also a penchant for head-spinning arrangements, Gibbard and his bandmates Cab had to lay these songs down and trust that they’d retain their core Death Cab-ness.

“When I would have conversations with John early on, he would gently remind me that it was gonna get a little uncomfortable, a little weird, here and there,” Gibbard says. “He said, ‘I don’t want to work with you guys to make a similar-sounding record that you’ve made in the past’. To our credit, we were like, ‘Absolutely’. Twenty five years and 10 records in, we’re not interested in making a limp version of what we’ve done before. We want to make something new, you know?”

Death Cab have weathered changes before. Forming in Bellingham, Washington state in the late 1990s, they experienced a rapid shift in circumstances when 2003’s Transatlanticism became a sleeper hit and a deeply influential text in the worlds of emo and indie-rock. There, Gibbard’s songs were filtered through the lens of guitarist and producer Chris Walla, whose tactile staging allowed their emotional edges to cut deep. When Walla left the band in 2014 – and went on to helm records by bands such as Braids and Foxing – Death Cab had to wean themselves off his influence.

Asphalt Meadows is their biggest post-Walla curveball. One of its singles, the five-minute mini-epic Foxglove Through the Clearcut, is spoken-word-meets-post-rock. Even in the album’s quietest moments, such as the elegiac Rand McNally, it shimmers and glides where once they might have chosen something more austere to rough up the rounded, mannered nature of Gibbard’s voice. “I don’t quite understand how some bands move into their later years and everything slows down and gets really conservative,” Gibbard says. “I don’t know why you’d want to do that. To me, it stands to reason that if you’ve made your hits and you’re up against a back catalogue that your fans love, that in some ways you’ll never live down, then why the fuck not try some new shit?”

During the pandemic, trying some new shit stretched beyond the borders of the songs and into the process of working together as a band. Gibbard had, fortuitously as it turned out, moved his gear out of a studio in downtown Seattle late in 2019 with the aim of writing more at home. He went from keeping normal work hours to, like so many people, being unmoored from his routine. “I found myself working at different times than I had before,” he says. 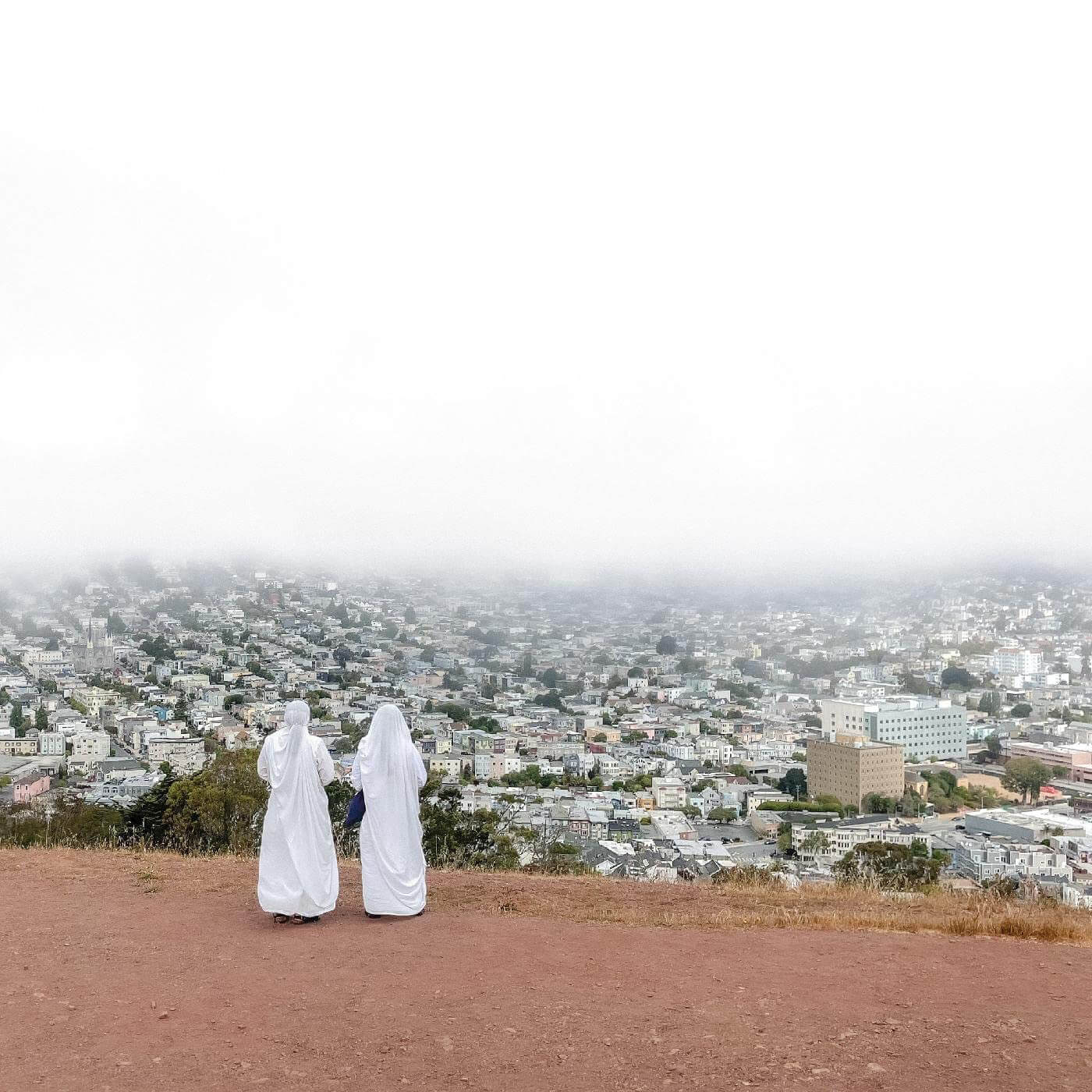 Separated by lockdowns as well as geography – the band’s members call four different cities home – Gibbard turned to a plan he describes as “songwriting by chain letter”. On Monday, one musician would present a part. On Tuesday, another would upload their two cents on how to move the idea forward, and so on. “By the end of the week, we’d have a piece of music,” Gibbard says. “Obviously, some were better than others, but we ended up getting a little more than a third of the record that way. It took me out of my comfort zone, and took me out of my harmonic and melodic tropes.”

There are several fascinating passages on Asphalt Meadows where Death Cab and Congleton appear to be in a very amenable tug of war. Its guitars are a latticework of melodies, countermelodies and oddball sounds, with the vocal thrust through them like a backbone. During the chorus of Here to Forever, there’s a lot going on – a wiry lead, nagging downstrokes and ringing held notes – but the ideas remain rooted in holding an excellent hook aloft. It’s like taking the long way around to enjoy a view.

“Having both Dave and Zac in the band has been an absolute revelation in the sense that they’re both master arrangers as individuals,” Gibbard says. “When we were making the last record, it was the first one we were all playing on together as a five-piece, and I realised that having a fifth set of hands meant a fifth person trying to fit into the song.

“There are moments on the last record that I’m really proud of, where I think we did that really effectively. There are other moments where somebody’s sulking in a corner trying to figure out what they’re going to play. In this writing process, if on Monday Zac did a keyboard thing and Nick added bass on Tuesday, well, he’s only reacting to what Zac’s playing. If Dave adds something on Wednesday, he’s only reacting to Nick and Zac. In stacking arrangements like that, we got really good at finding these little corners of the song to fit in.”

Gibbard has long played Mustangs, bringing in a G&L Bluesboy for moments that need more bite. “I rather like that for the more rocking stuff because it has humbuckers in it,” he says. “A lot of my guitar playing throughout the years is very noodly, spindly stuff, and it always sounded better on a single-coil guitar. I played Fender Bullets for the first four or five years of the band, kind of by accident, but I loved how they sounded. At the time, Chris was playing a guitar with humbuckers, so we could find space in between – if he was playing a Tele and I was playing the Bullet, they worked really well.

“But a lot of the songs on the new record, whether it’s Roman Candles or Foxglove, they just required more muscle. Of course there are people like J Mascis who can make single-coils sound huge, but I’ve never been a particularly good tone-finder. A lot of times in the studio, I defer to the producer or my bandmates. I’m a songwriter first and foremost, a guitar player second, and a tone-wrangler way down the list.”

Gibbard first came into possession of a Mustang a decade ago, after trading a 1972 Tele Thinline for a bunch of guitars with a former tech, who later worked at a music store in Tacoma. He was drawn to the Mustang’s maple neck and found that its short scale led him to adopt some old Bullet habits. “I was able to play a lot of shapes that were familiar to me and I really liked, but that I got away from for a while,” he says.

“When I started playing them live, I had this guitar tech named James Vincent. He’s a legend. He toured with Screaming Trees, he toured with the Jesus and Mary Chain, he was Kurt Cobain’s guitar tech for a period of time. One of the issues I was having with the Mustangs is that you have these phase-shifters, and you’re scraping your hand across them. He didn’t speak about Kurt that often, for a lot of reasons, but he would say, ‘Well, for Kurt, I would file these down’. And I was like, ‘Yeah, just take them out – set them to stun, kick them out, and we’ll put electrical tape over them’.

“I also realised that I’m playing in the middle position on everything. I’m not soloing, I don’t need a thicker tone for something like that. So he just hard-wired these 1970s Mustangs I was playing in the middle position. And then we had the tone knob on 10 and a volume knob for volume swells. When I’m animated on stage, whenever I have any switches or anything on the guitar, I’m inevitably hitting them. It just becomes annoying and distracting.”

Last year, Gibbard released a signature Mustang with Fender. The California company called upon Gibbard’s years of road-testing and trial-and-error as a touring musician to make an instrument that bypassed some of the pitfalls he’s encountered in the past. “When Fender approached me, I was like, ‘I would love to do a Mustang, but I don’t know who’s gonna want this guitar. I’m taking away everything that people know about the Mustang,’” says Gibbard.

“I’m sure there are people out there who dislike the guitar, but I think it’s been selling fairly well, and I’ve got some good feedback from people who play Mustangs who are front people for bands. If you want a traditional Mustang, those are available. It’s not as if this is the only one on the market, you know?”

Death Cab for Cutie’s Asphalt Meadows is out 16 September through Atlantic Records.