“This was an opportunity to unlock the guitar”: Car Seat Headrest on their new album, Making A Door Less Open 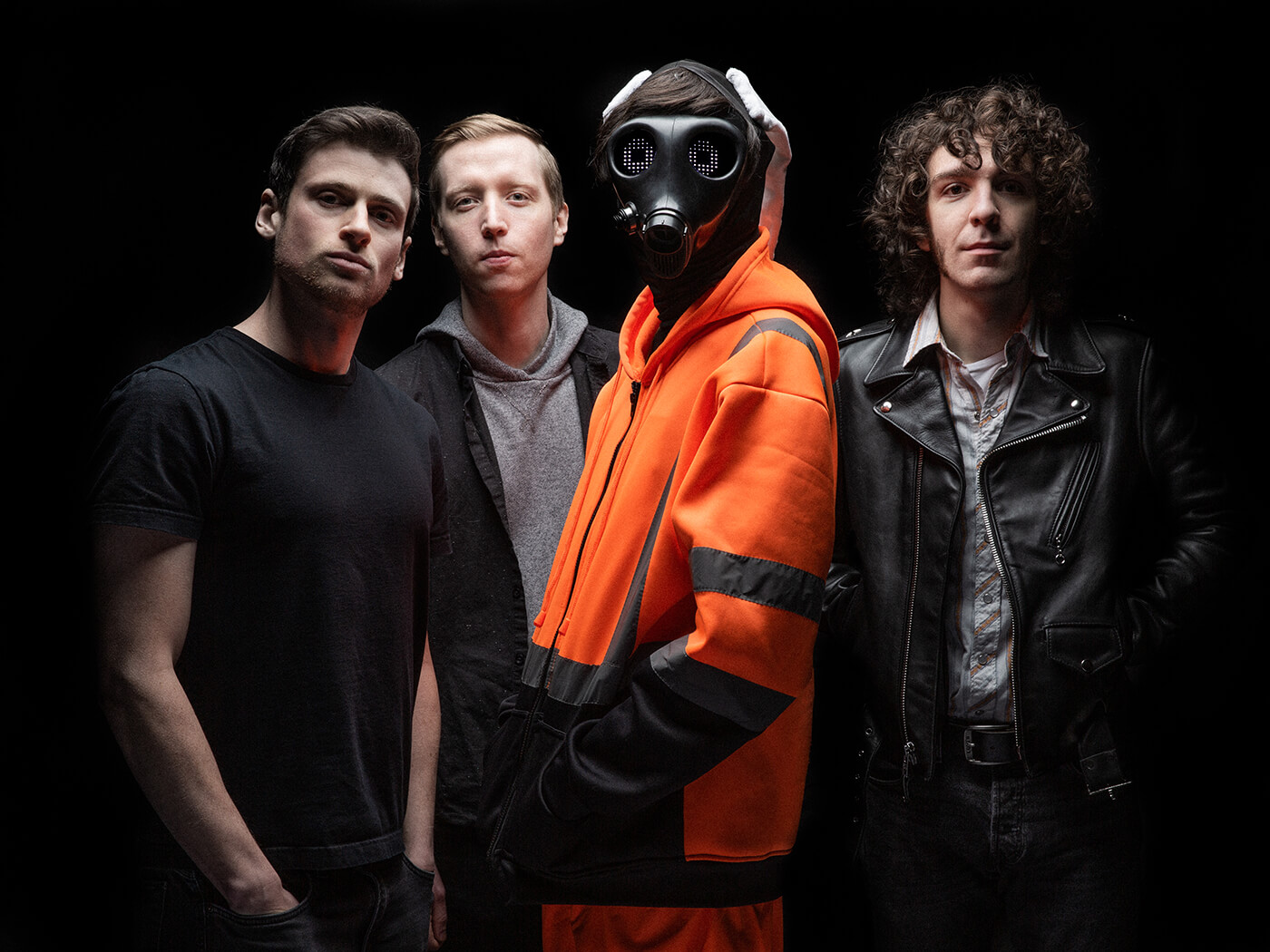 Groovy robo-pop, kaleidoscopic dance anthems and synth-bathed soul. Not exactly a set of genres that would get most alt-rock guitarists’ juices flowing. Yet all of those musical flavours are present in the curious melange that makes up the 13th Car Seat Headrest album, Making A Door Less Open.

“Reports of the guitar’s demise have been greatly exaggerated,” guitarist Ethan Ives tells Guitar.com reassuringly from his home in Seattle before reporting “I’m more of a rock guy, but I’m soundscape-friendly.”

Four years is a long time in the lo-fi garage-pop world that was initially the solo project of Will Toledo. Recording vocals on the back seat of his parents’ car, the Virginian singer and guitarist self-released an astonishing nine albums between 2010 and 2014 before making the leap to discerning indie label Matador Records.

The project has since morphed gradually into a full band. After making his second studio LP for Matador, 2016’s Teens Of Denial, Toledo set about revisiting 2011 album Twin Fantasy, but there would be no new material until Making A Door Less Open, due out this May. That four-year gap gave the band – Toledo, Ives, bassist Seth Dalby and drummer Andrew Katz – time to immerse themselves in a plethora of different musical styles.

The result is a record of shimmering synth-pop and of course no small amount of scruffy guitar work, described by Toledo as containing “elements of EDM, hip-hop, doo-wop, soul….”. It’s some of the most infectiously multifarious material Car Seat Headrest have ever released.

Was that change in musical horizons a daunting task for Ives, a confirmed lifelong humbucker evangelist whose primary influences include alt-rock titans such as Neil Young and the Pixies?

“This was an opportunity to make that kind of transition and unlock the guitar. You can play the guitar as its own set of instruments within itself. If you’re only playing one kind of rock guitar, it limits you from doing all those other things.

“The gap between albums gave us a lot of time to assimilate a wider range of influences. It was the perfect timeframe for doing an album that’s a bit of a stylistic departure from the predominantly indie-rock styled records we’d made before.”

Such was the band’s musical reawakening, they ended up recording two versions of Making A Door Less Open – one live with guitars, drums and bass and the other using entirely MIDI recordings – which were then spliced together in the studio, with Katz co-producing.

Yet despite the prevailing electronic futurism, Ives’ playing permeates through a record of often joyous 21st century pop. Toledo, who adopted the alter-ego Trait, revealed he’d stopped listening to albums all together in order to get into the millennial mindset, shooting instead for a collection of 10 distinct, hook-heavy singles. 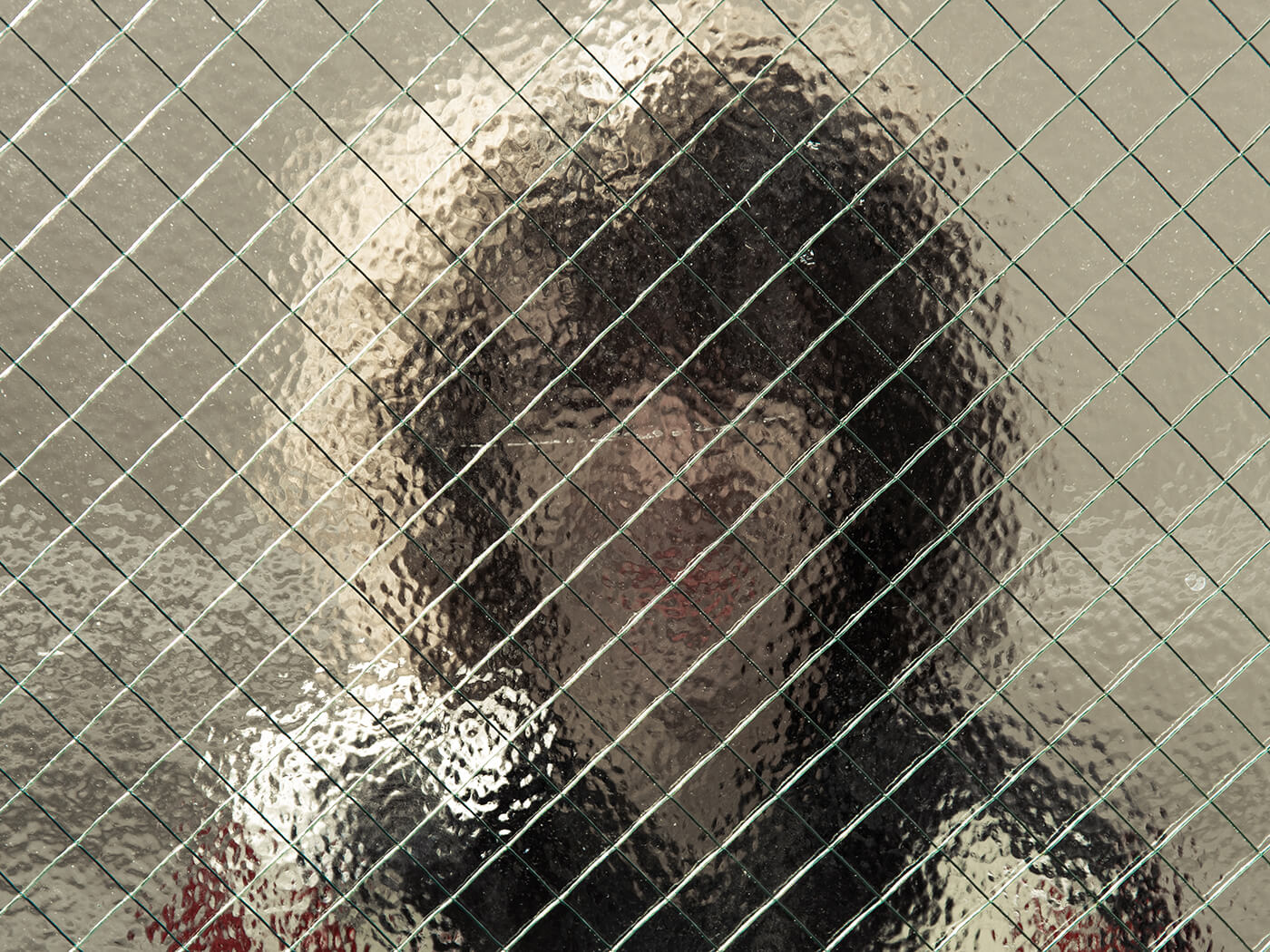 Opening track Weightlifters could be modern-day Beck, the sleezy glam-rock riffing of Hollywood sounds like The Dandy Warhols, Famous has an insistent EDM beat, while Ives’ subtly inventive playing elevates the album’s mesmeric seven-minute centrepiece, There Must Be More Than Blood.

In order to retool for the record, Ives put down his hitherto ubiquitous pair of trusty early-2000s Gibson SGs and entered the unfamiliar world of Fender electrics – Toledo’s main guitar is an early-90s Mexican Tele. Playing either direct into the desk or through a Mesa/Boogie Transatlantic TA-30 and Vox AC15, Ives turned to a new guitar for inspiration.

“I just got my first ever Strat and I’m really excited by that,” he says, demonstrating the glow of a guitarist who’s recently submitted to the irresistible allure of GAS. “I’ve never really been a Fender guy, not through any prejudice, it just wasn’t really where I came from. It’s a natural-finish ‘79 Strat and someone had put Lace Sensor pickups in it.

“I swapped the neck out, as I don’t really like Fender necks from the 70s, they’re really different and weird to me. I’d never used any Fender guitar on a Car Seat Headrest record.

“I’ve been making the transition to single coils in the last couple of years. I’d always blindly played humbuckers because in my teenage brain I thought, ‘It’s higher output, so it must be better’. I’ve realised lately that’s often not the case and you can get more tonal variation and different colours from single coils because they have more dynamic range and take distortion in lots of different ways. Humbuckers sound great, but I think they only really have one mode.

“I really like the way a Vox sounds, too. I’ve been listening a lot to The Shadows, and the guitars sound amazing. I like really bright guitar sounds and you get a really sparkly snappy attack out of those amps. Every note has a crazy decay, where it goes through different colour changes as the note’s decaying. It’s a sound I wasn’t really getting with my Marshall and humbucker combinations before.”

There were also new arrivals on Ives’ pedalboard. Alongside trusty distortion options in the shape of a Pro Co RAT and Analogman ARDX20, Ives alighted upon that most valuable commodity to the modern sonically adventurous guitar player – a stompbox that becomes a musical instrument in its own right. In this case, the venerable pitch-shifting DigiTech Whammy.

“I tried a lot of phasers and Uni-Vibes, but the main change was I was listening a lot to Tom Morello and I bought a Whammy. It’s something I’ve never used before on any Car Seat stuff. I was really excited about using it, you can get a lot of different weird sounds out of it that aren’t possible any other way.

“When you get a new piece of gear, you’re always hoping it’ll be the one that unlocks some tonal characteristic or technique that would be impossible any other way. Once in a blue moon, you get a pedal that’s an instrument in and of itself and you have to learn it as its own thing, which is really fun and stimulating.” 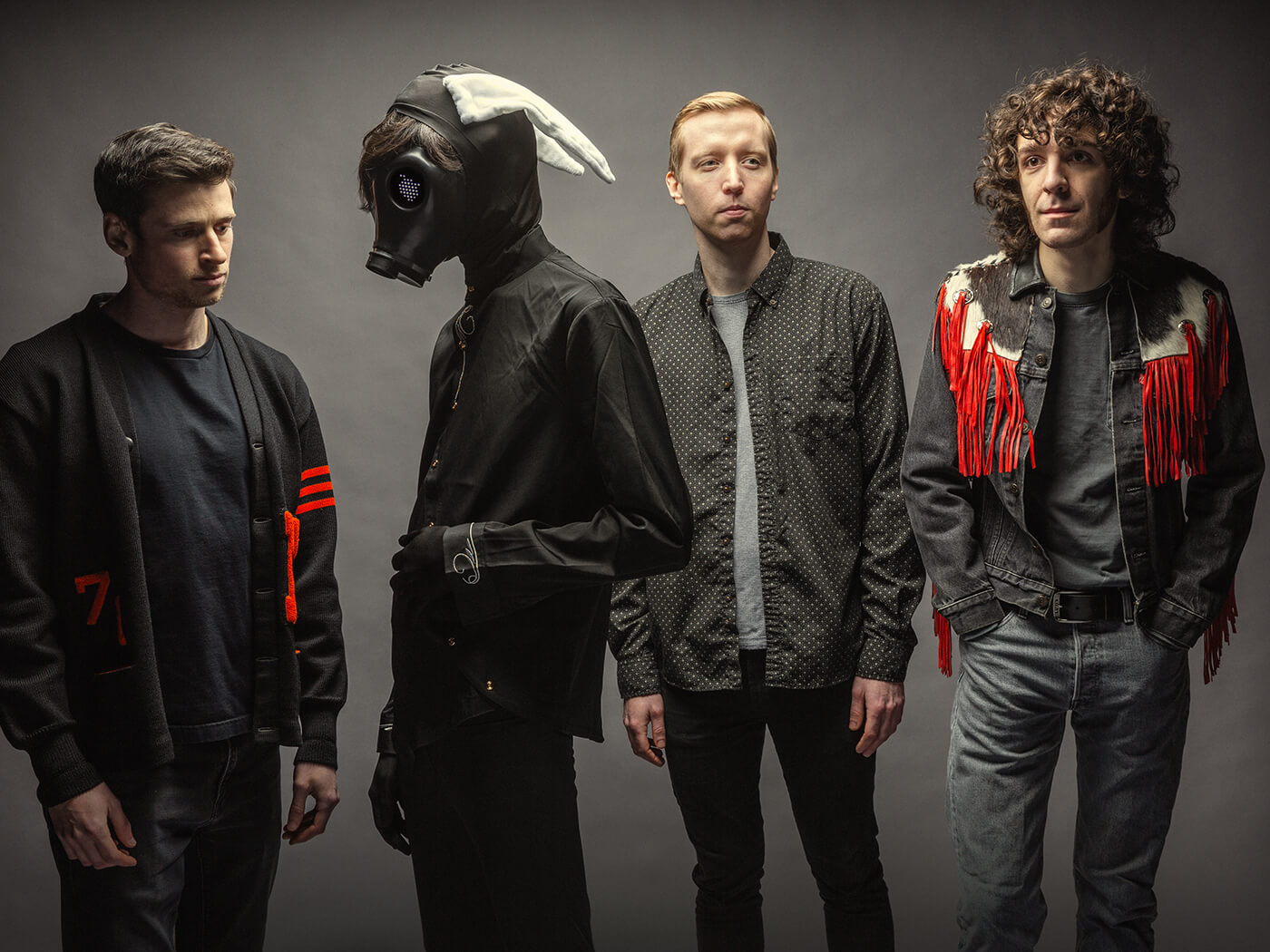 Amid all of Making A Door Less Open’s tone-sculpting, synths and self-oscillating delays, an old faithful acoustic also makes a couple of pivotal cameos. It’s integral to the album’s first single, Martin, and is the sole instrumentation on tantalising 97-second ballad What’s With You Lately, on which Ives provides the vocals.

“That was a Wechter [Pathmaker] Dreadnought,” he explains. “It’s a guitar I’ve had for years and years and hadn’t played for a while. When we were tracking those songs, I pulled it out of storage and it ended up sounding good. It’s really bassy, a really huge-bodied guitar, so it’s got a lot of deep resonance to it, which is cool, especially on solo tracks like What’s With You Lately, where it fills up the whole mix really easily. It’s a really nice guitar, with a double cutaway, so it looks a little like an SG!”

With Seattle the initial epicentre of the COVID-19 outbreak in the UK, since finishing the album, like most of us, Ives and his bandmates have had to adapt to a universal reality centred around isolation and social distancing. With a new record that Ives describes as a “fun, playful” experience to make, Car Seat Headrest has never felt more like a collaborative whole. A band that have previously driven themselves to the edge of exhaustion are ready to hit the road again. For now, though, extensive touring plans have had to be put on ice.

Busying himself mastering a recently purchased EBow (“oh my God, I can play the guitar as a whole new instrument now”) and learning to play the dulcimer, Ives has had to exercise admirable levels of patience.

“We’ve got to a point in the band where we’ve done a certain type of show forever, and we were ready to move to the next echelon and try something more complicated,” he says with a certain relish. “We’d retooled the whole live show from the ground up and had a lot of energy back. We’d gone through the process of making everything new from scratch, and now we can’t use it, well not yet anyway. We’ll get to play it sooner or later…”

And by the time we see Car Seat Headrest back in the live arena, whenever that may be, Ives’ journey into the uncharted world of single-coil guitars could have taken him still further. He confesses with a lengthy sigh that suggests the situation is already helpless that he has his eye on a celebrated favourite of alternative guitarists the world over.

“The only Fender I own is still the Strat… but I’ve been looking at Jazzmasters with a lustful gaze, thinking, ‘Maybe this is something that could help me’. The new American Original 60s Jazzmaster in Olympic White with two single coils is really nice. I’m a big fan of J Mascis and that whole kind of guitar is really appealing to me right now…”

Car Seat Headrests’s Making A Door Less Open is out 1 May 2020 on Matador.