Chad Morgan-Sterenberg of post-hardcore band La Dispute talks us through his five guitar highlights on their fourth long player. 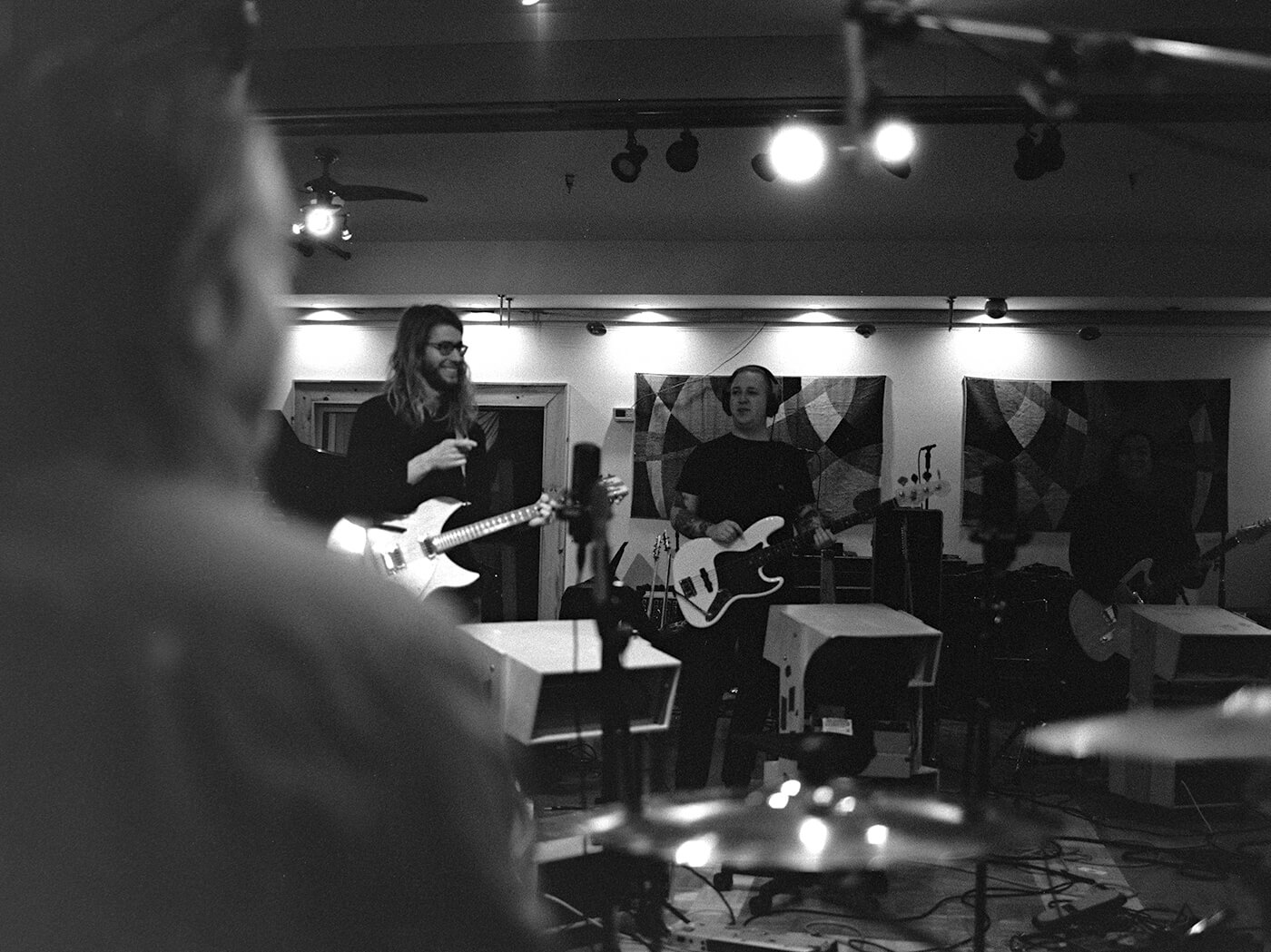 Hailing from Grand Rapids, Michigan, La Dispute have developed into an artful, genre-bending and sometimes challenging band. Despite jumping from label to label, the band have gathered a devout following that props up their spoken-word, emotional rock music.

Now under the umbrella of Epitaph Records, the band have released a more autobiographical album, with frontman Jordan Dreyer’s cathartic, twisted vocals underpinned by aggressive yet perfectly nuanced guitar melodies. Here, guitar player Chad Morgan-Sterenberg – now armed with a newly acquired 12-string Rickenbacker 330 – talks us through his use of three amplifiers and his favourite guitar parts on the new album.

“At the end of the first track and throughout the second track, a low rumble sound arises that is a very important part of the record. It was created using a Korg Signal Delay from the 70s and an Ibanez rackmount unit from the 80s. This effects chain ended up being used on every song on the record, becoming one of the glues that tied everything together.”

“This was the first song we wrote for the record and the first that we recorded. I had set up in the studio using three amps, a clean amp in the centre and two effects amps either side, which were receiving signal from the two rackmount units. This was the first time I had used delay effects on my guitar for almost 10 years! The result was a subtle pad-like texture that sat beneath and widened the clean guitar sound.”

“We wrote this record almost completely in a room together, starting from the beginning and going part-by-part to create the structure of each song and how they flowed from one to another. This track I think is one of the purest examples of us just playing together. I was using a Rickenbacker 330 through a ’68 Super Reverb the entire time we were writing and recording, which was a complete diversion from my usual setup.”

View From Our Bedroom Window

“This song begins with some of the most explosive guitar sounds on the record, much of that thanks to the Rickenbacker 12-string that I picked up. I used this guitar for several overdubs on the record, but this track features it most prominently in the mix, giving it a huge open sound and almost a double-track feeling on the lead lines in the verse.”

“For this final track, I used a big Gibson dreadnought acoustic for the main guitar, making it very different from the rest of the album. We had mics on the acoustic in the room, and we ran the signal from the internal pickup into the effects amps. Out of a single performance we had more than a dozen recorded tracks, and it’s one of the most distinct and prominent examples of the effects amps in the room.”

Panorama by La Dispute is out now on Epitaph Records.