“Surround yourself with people you view as better than yourself”: Dipswitch Demos’ Jackson Brooksby on humility, Tom Morello’s continuous influence and out-of-tune keyboards

Developed from his position as a session player, Jackson Brooksby took to YouTube to showcase the gear that helps aspiring guitarists to develop their careers, creating a revered channel with an endearingly loyal fanbase. Here, he discusses his secret love of country and how an A chord can tell you all you need to know about a guitar. 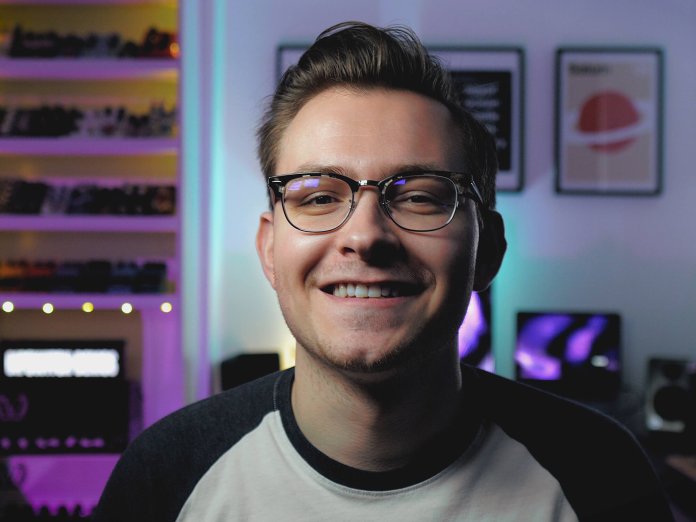 “I was surrounded by music and guitars from an early age through my dad, so it’s hard to pinpoint the exact moment that I decided to pick up the guitar. If I had to choose one, it would be that time that I was sat in the car, and he put on Cochise by Audioslave. The introduction to that song just blew me away. I’d never heard a guitar make noises like that and as a kid it was so exciting, then the dirtiest riff I’d ever heard. That moment has really stuck with me, and Tom Morello is a huge influence for me to this day.”

“I’ve really bonded with my latest purchase which is a 2012 Fender AVRI ‘56 Strat. It’s quickly become my number one guitar and probably the one I’d reach for if the house was burning down. Other than that, I always need a fuzz pedal. I am currently loving the Reeves Electro ZO:.”

“I’ve always been quite careful when it comes to selling gear and don’t really regret many things I’ve let go. I do wish I still had my first proper guitar – a PRS Tremonti SE – for nostalgia’s sake. I have sold a few other things that I miss, such as an Empress Echosystem and a Vox AC30 but they were both to fund other gear purchases.”

“I grew up playing Telecasters and now I’ve kind of moved over to Strats, so maybe some weird Tele/Strat hybrid, although now I’m saying that it sounds pretty boring! I might be the only guitar player in existence who hasn’t given this question much thought!” 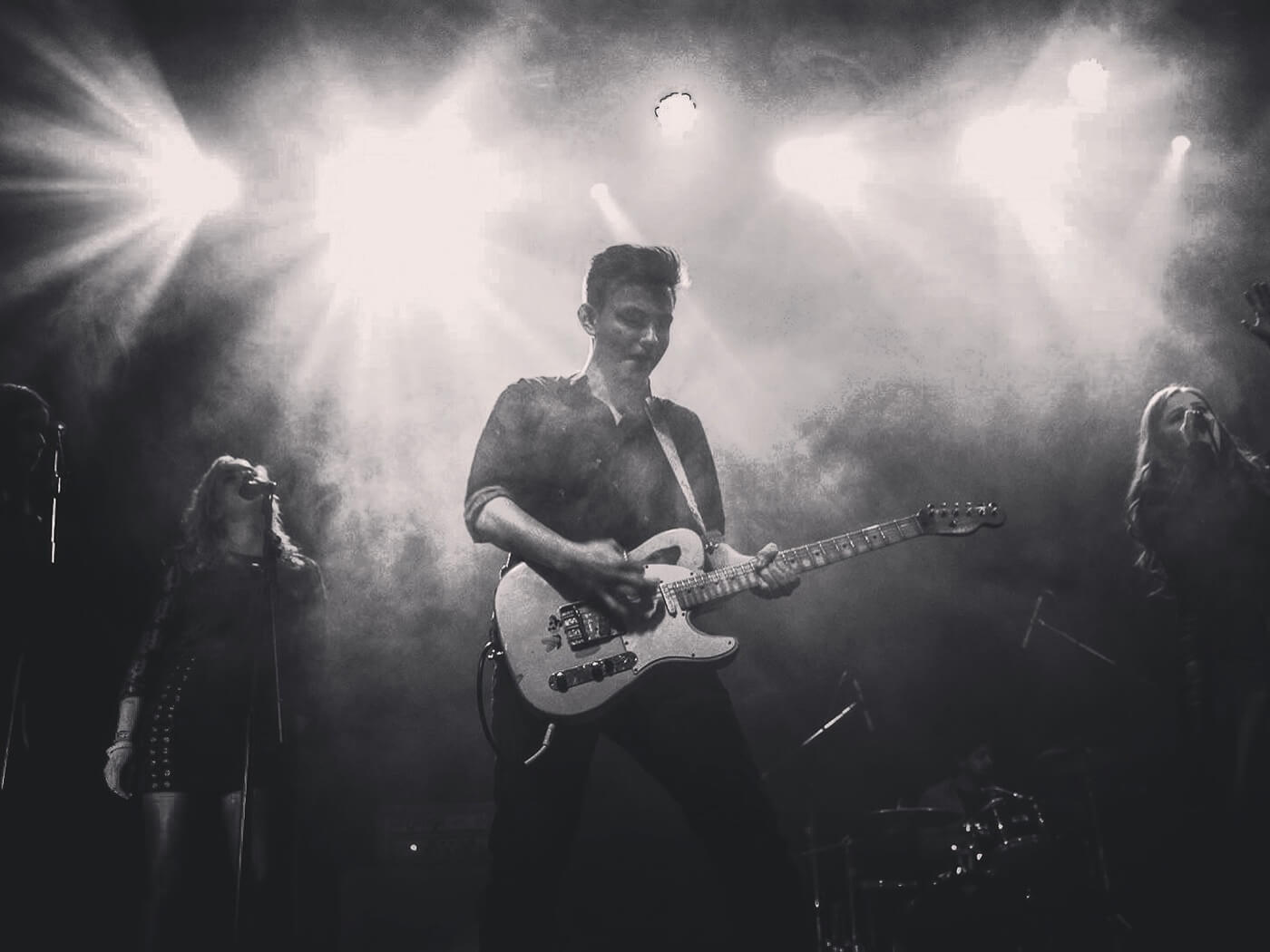 “An A chord… And then some botched Brian May riff probably. There’s something about a simple A chord that I love. One finger and it’s just pure rock n’ roll. I love the way it makes a good guitar resonate.”

“Always surround yourself with people you view as better than yourself. It’s very humbling playing with monstrously good musicians but also one of the best ways I’ve found to push myself out of my comfort zone and reach for that extra note or bend. There’s also an unspoken mutual respect between musicians jamming together and chances are they’re learning something from you as well.”

“Where do I start?! The moment that jumps out to me is when my band played the end of year university showcase at a big venue in Manchester. The previous band had transposed the keyboard up half a step and left it that way when they walked off stage. We start our set and play our hearts out, but something isn’t quite right. I can’t hear the keys in my monitor anyway so I’m running about the place having the time of my life, but then I realise the crowd has a look of disgust on their faces. The keys are a semitone higher than the rest of the band! I can’t begin to imagine how awful that must have sounded but we decided to power through and finish the song. I look back now and laugh, but it must have been painful for the audience!”

“Female country artists. I have my partner to thank for that. Kacey Musgraves, Brandi Carlile, The Chicks, Maren Morris… they’re all superb! I’m not even guilty about it.” 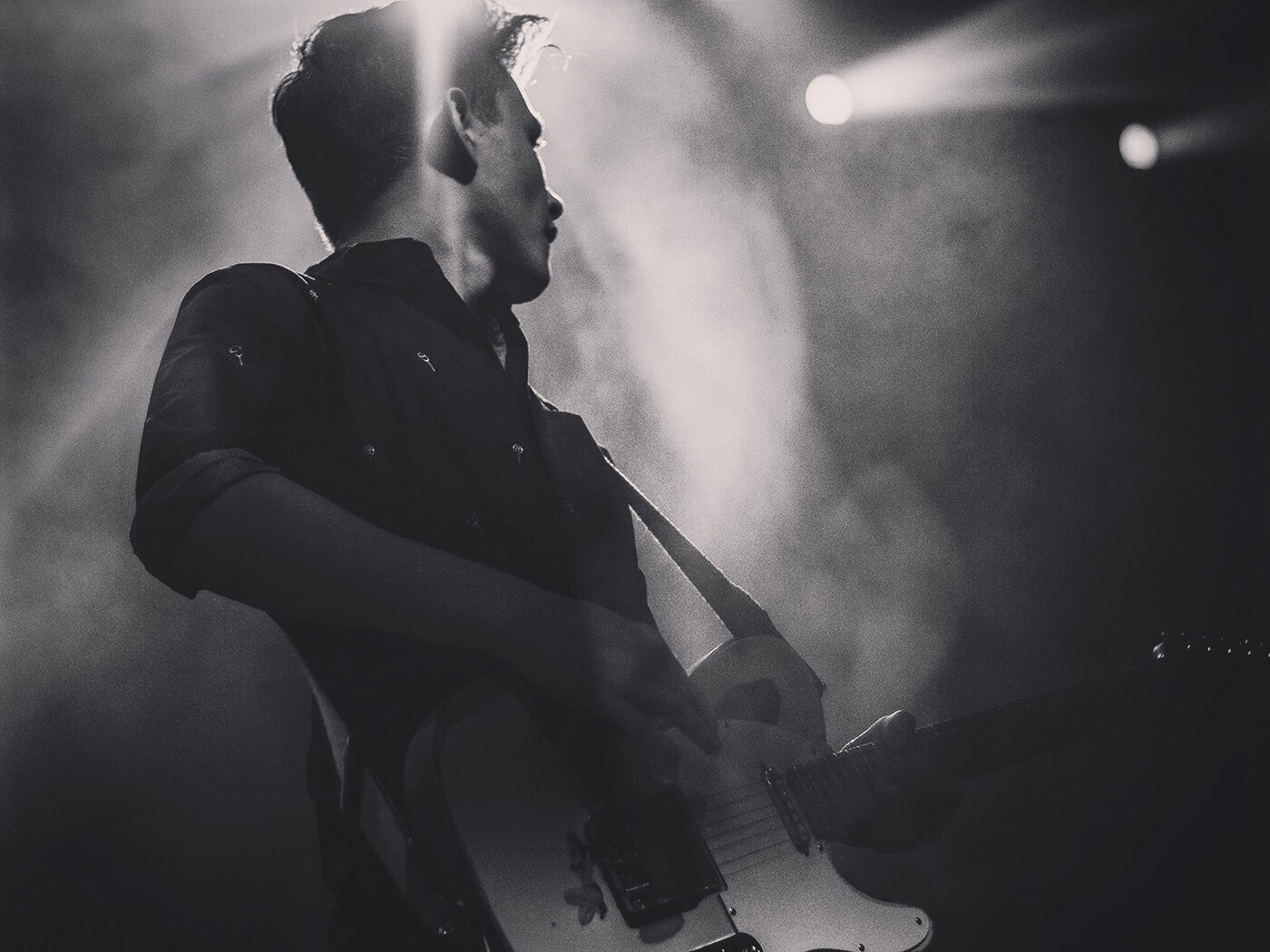 “I’ve got two answers to this one. Number one; Queen at Live Aid. Need I say anymore? 20 minutes of cranked AC30s and Freddie. Number two; I’m a 90s grunge fan so I would have loved to have seen Pearl Jam in the early days. I’d have to go with their MTV Unplugged show.”

“Haha! Gone are the days where my old band used to get a crate of beers in before a show! Order me a pepperoni pizza and I’m happy. Then maybe I could be tempted with a pale ale or two…”

“I’d love to have some serious funk chops down. Cory Wong is a hero of mine and I love his approach to ‘lead rhythm’ playing.”