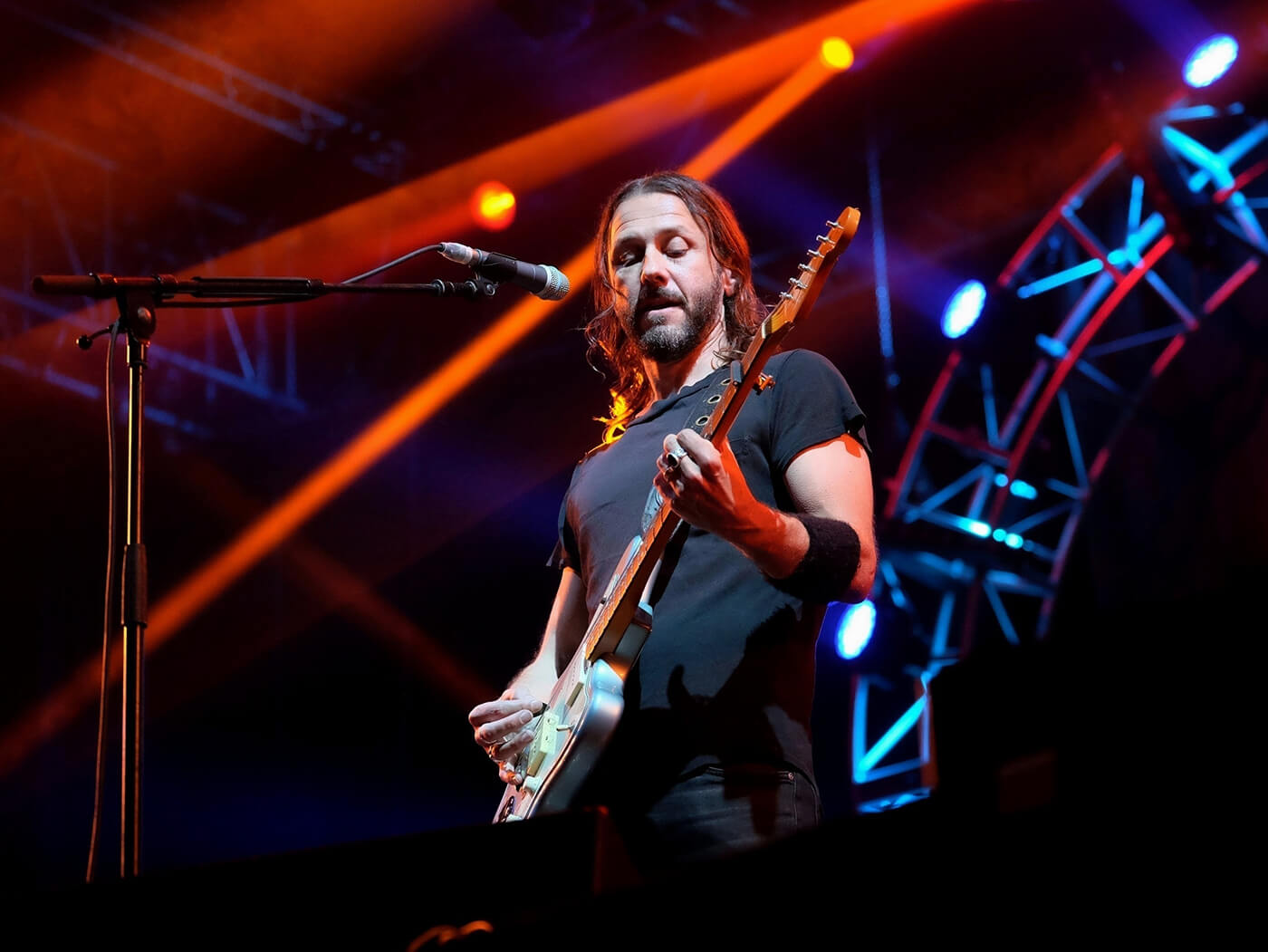 “This was one of the last songs I wrote for Tallulah. I really wanted a classic riff-driven anthemic song to lift the dynamic in the second half of the album. It’s classic old-school Feeder with a slight homage to 70s rock. Lyrically, it’s about my love affair with Japan and Japanese culture. The main guitar tone was created using my usual Tone Benders, Big Muff and Pete Cornish fuzz boxes. All the guitars were recorded at my studio, the Treehouse, through a Vox blue-speaker AC30, a Fender Hot Rod DeVille and a Marshall JMP 50-watt head. My main guitars were a 1959 Jazzmaster, a custom ESP guitar that was made for me – it’s basically an SG-Mustang – and a Gibson J-45 and 1964 Guild M-20.”

“I really like the blend of distorted and chorus guitars on this. I tend to use chorus guitar sounds quite a bit in general and used a Memory Man to create this sound. Again, I used the Fender ’59 Jazzmaster, ESP custom and a Rebirth relic Jazz/Tele custom guitar that Taka loaned me.”

“This is the only real acoustic song on the album and has my usual fingerpicked style. I’ve always loved Nick Drake and his music has influenced me a lot over the years. This fingerpicked folk style features a lot on my solo album Yorktown Heights and the mini-album Black Clouds. I wanted the song to have an organic honesty and feel. This was recorded on my 1967 Gibson J-45 at the Treehouse.

“This sound was created using a tracked acoustic and electric guitar part, which set the mood for the song, which I’d originally written on acoustic guitar. Again, this was recorded mainly with a Gibson J-45 and Fender 1959 Jazzmaster. I used my usual Vox and Fender DeVille combination, with some Marshall added in the heavier sections.”

“This is a real nod to my earlier Feeder tone and arrangement. I found myself journeying back to Polythene and tried to create an anthemic landscape with a big guitar dynamic that just lifts you up and fills the space. It touches on escapism, the human mind and the vastness of the universe. I remember writing some of the lyrics on the Kent coastline, while waiting to play the Wheels And Fins Festival, on our tour bus. Guitar-wise, it was mainly my trusty ’59 Jazzmaster and the ESP custom through a cranked up Marshall 1970s JMP 50, which I’ve been using since recording Swim and Polythene and is on pretty much all the Feeder stuff.”

Feeder’s new album, Tallulah is out now on Believe. For details on the release, head over to feederweb.com.