Neil Whitcher, Fender’s Head of Artist Relations, EMEA, talks about the Fender Next programme and why this year’s nominees are helping develop modern guitar. 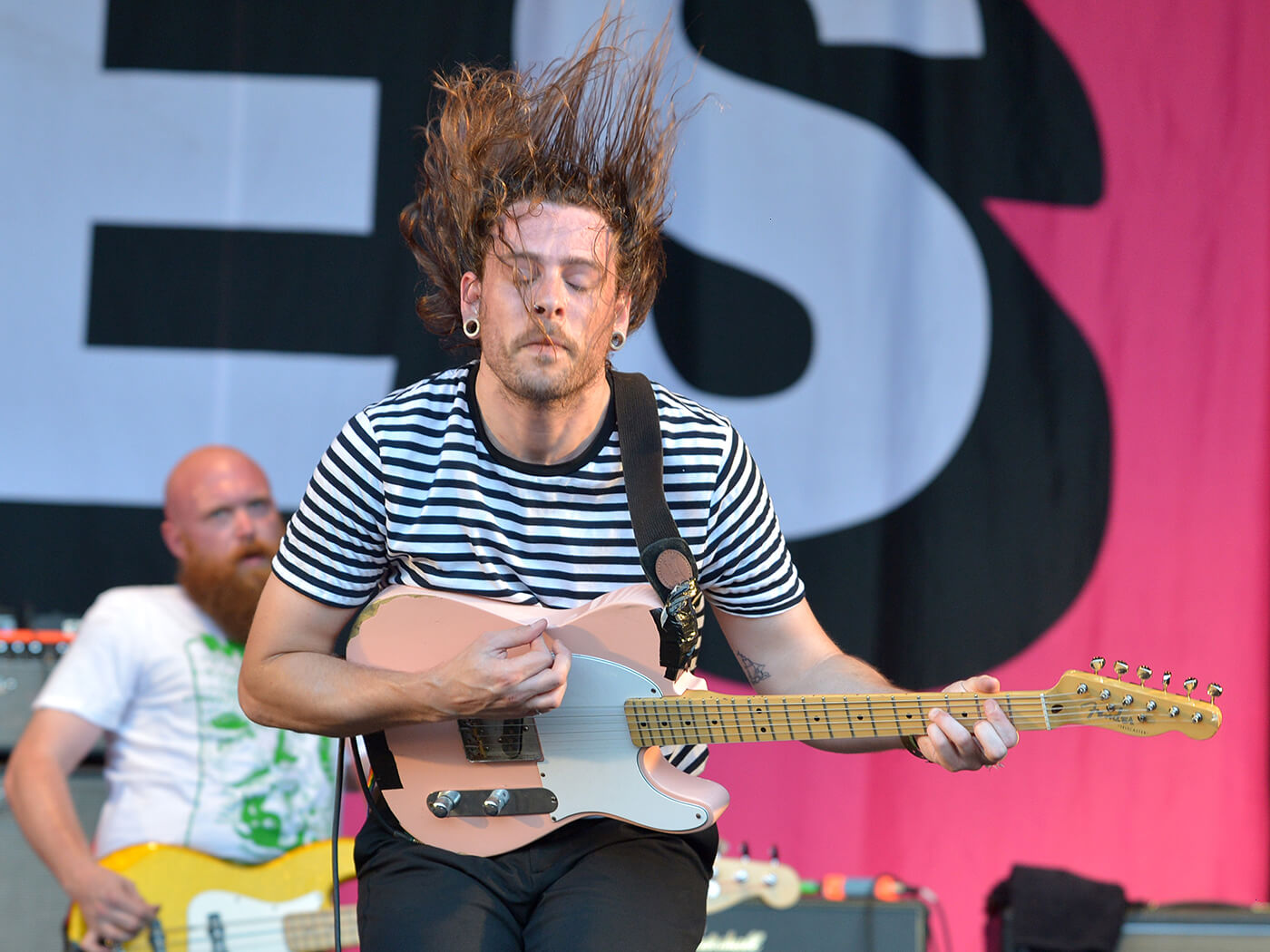 Earlier this year Fender announced the launch of their Fender Next initiative, a programme developed to support artists and musicians that are helping push guitar music into new and more innovative directions. With the Mercury Music Prize taking place this evening, we spoke with Neil Whitcher, Fender’s Head of Artist Relations, EMEA, about the artists that have been nominated. Little Simz, IDLES and Fontaines D.C. have all benefited from the support of the Next programme, whilst also redefining what the guitar can do in 2019.

Little Simz’s Grey Area is her third album, utilising clever and vulnerable worldplay against live instrumentation. Fontaines DC are a Dublin based band, they’re debut album, Dogrel, showcasing the Dublin accent with repetitive, driven guitars whilst Bristol’s Idles released Joy As An Act Of Resistance to critical acclaim, talking of austerity and toxic masculinity behind a wall of rousing and twisted guitar lines.

What is Fender Next?

“Fender Next is a programme we developed to amplify the voices of today’s artists and shine a light on the next face of guitar players and guitar music. These artists are doing something really exciting with the instrument, and shining a spotlight on that. This was our way of developing something that we hope will evolve into something really meaningful and show the depth and breadth of exciting new music that the guitar is involved with across genre, gender, whatever it is. We have a list of eight artists in our UK programme and the aim is to support them on their journey whilst also shining a spotlight on some great guitar music.”

How does it benefit the artist?

“It benefits the artist from us being a guitar brand of note with a huge legacy of artists that have made incredible music using Fender instruments and amplifiers. It’s harder now than ever to keep a band on the road so we support artists by putting on experiential events and shows, for example we had a showcase at SXSW in Austin, Texas earlier this year. We’re also present at the Great Escape festival in Brighton in the UK, which is a spotlight festival for new music.

“We’ve curated live events and we also create social media and PR opportunities. We also align them with our kind of priorities in terms of what the latest and greatest product from from Fender is. You’ll find a lot of the artists are out there with American Performer instruments, Fender amplifiers; all the stuff you need to further your craft as a musician.”

How do you approach the artists you believe are driving the guitar forward?

“What we’re looking for is obviously some diversity, to ensure there’s something for everyone in there. One of the things that Fender instruments have always provided is the ability to be appropriated in so many different areas of music. We wouldn’t just have a list of 10 hard rock or shoegaze bands, we look to have a nice diverse mix.

“One of the things that we noticed in our consumer research is the amount of female guitar players that are out there. Last year 49 per cent of guitar purchases were by females. and there’s a lot of amazing female musicians and artists out there. We want to get a really good mix to reflect what’s going on and what the people that are interested in buying Fender guitars are listening to.

There’s not a huge amount of crossover either. An example in the programme would be Fontaines DC, and we also have Little Simz. She lives in a hip-hop world but plays bass and guitar, it’s all over the album and in the live show. These are all artists that are on some kind of trajectory and doing something really interesting. It’s about balance, but ultimately we want some killer things going on with guitar and bass.”

You have three Next artists nominated for the Mercury Prize this year, can you tell us more about them?

“These are bands that have really been out there refining their craft, they’ve all managed to not only do something interesting musically but also culturally. With everything they’re doing, they seem to have especially connected with a younger audience. They’ve all got something to say not only musically but lyrically, and that’s kind of the whole package really. The attitude that they bring, and the messages that they’re putting out there with great music. It’s not like we approached IDLES and we sponsor them in a traditional way that a brand would do, it’s a genuine relationship that we build up over time.

“If you’re not familiar with these bands, when they appear on these kinds of lists, or Fender are involved, it’s shining a spotlight on them and helps listeners discover them for themselves. It might bring something to you or inspire you in a new way. All of the artists come with a level of commitment and honesty. Watch any of these artists on stage and it’s quite an experience, it’s so powerful what they do, you can’t deny it.”

What is it about Little Simz, IDLES and Fontaines DC that you feel is refreshing for guitar music?

“A lot of these are really interesting artists in the way that they approach their playing, and not all of them will come from a traditional sense of a studied musician. I think that can be the true definition of an artist who is inspired by everything around them, it might not just be a piece of music that they’ve heard or have grown up with, they might use that as a springboard for something more interesting.

“When it comes to the to a straight up guitar band like Idles, I think they bring an energy that hasn’t been seen to guitar music for a long while. They’re not relying on traditional male rock stereotypes, yet it’s guitar heavy music. Some of the tones that they get that are really interesting. They’re not shredding, they’re not overly high gain but they’re very loud. And they do with the level of passion and commitment that you don’t see very often.”

With other guitar-orientated artists like Anna Calvi, Black Midi, Foals and The 1975, do you think this year’s Mercury Prize shows the progress guitar music is making?

“I believe so in the diversity of their choices. They’re not just basing it on who’s sold the most records, the whole ethos of the Mercury Prize is about who’s doing something unique and different, and connecting in a way that hasn’t been seen before. You couldn’t really compare Black Midi to The 1975 – Black Midi make music like I’ve never heard before! For some people that might be challenging but I think that’s part of what it’s about, to further musical exploration.

“I definitely think the Mercury Prize is showing some real diversity. This year it’s really, really guitar heavy across all genres. 2020 it’s going to be a really exciting year again, looking at some of the bands that are on the horizon and talking to people in the industry.”

Who are you tipping to win the Mercury Prize?

“I never get it right! Bizarrely we identified a lot of these artists early on, but it’s a really hard one to predict. Sometimes somebody will pop out and you’re like ‘Huh, why?’ I think somebody that could be surprising is Little Simz. Black Midi could be an outsider, too. I I think Fontaines DC have got a really good shot at this as have Idles. They’ve been two bands that have really found something this year that’s really connected with audiences. I’ve had the opportunity to see them live and it’s quite something to see. I’d highly recommend any of those shows!”