“It’s not first and foremost a piece of activism”: Frank Turner on his new album, No Man’s Land

Frank Turner discusses the thought process behind his new album No Man’s Land, what he’s learned about Dora Hand and remaining a student throughout. 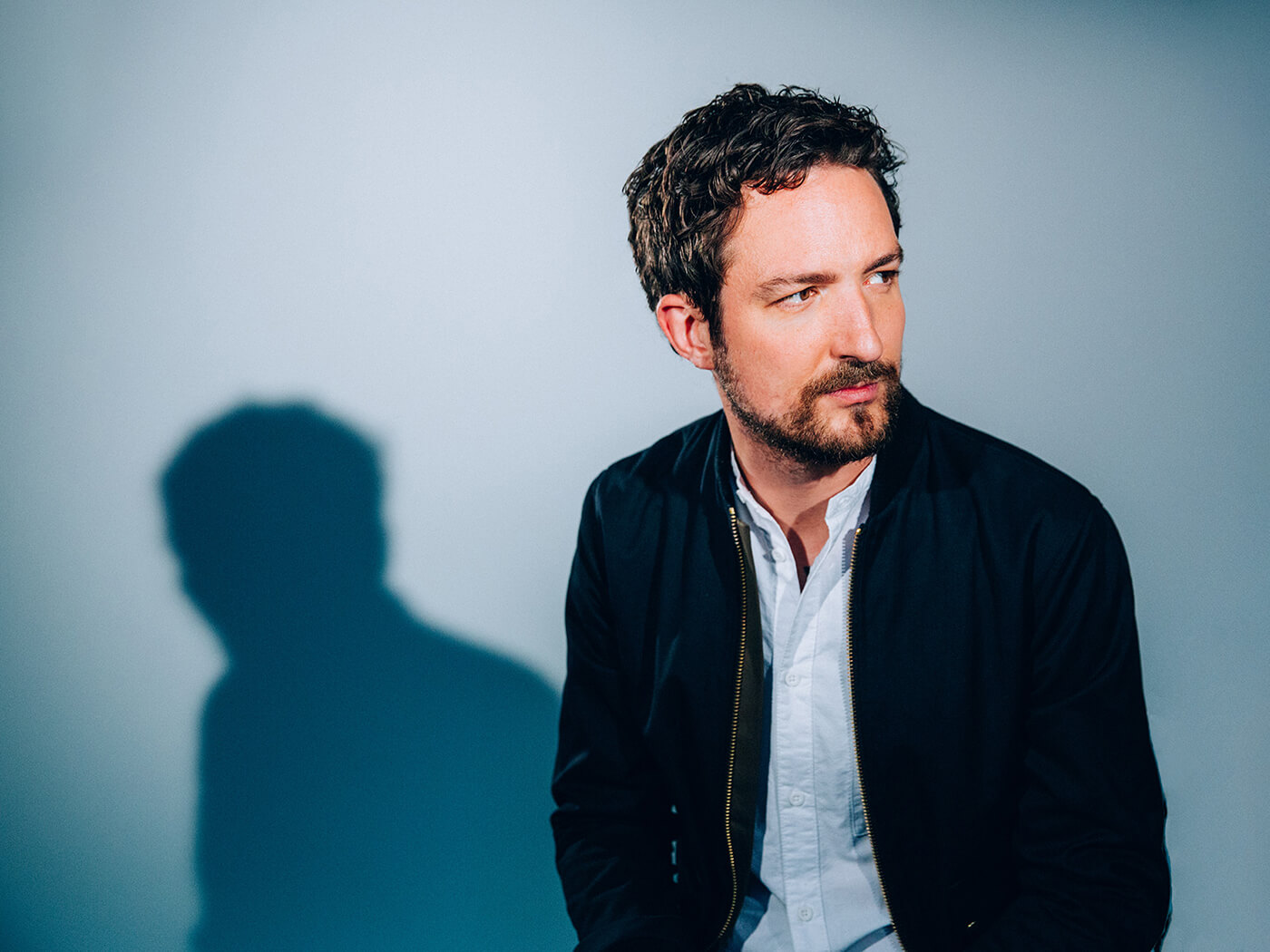 Despite being renowned for his relentless touring schedule and various political standpoints, in recent years, Frank Turner has chosen to move away from his usual discipline of writing outwardly spoken songs to focus more on personal ventures. “I’d just put out two records that were about my personal life and affairs of the heart and I was over that lyrical approach. I wanted to approach something else; I love history and I thought writing a history-based album was a fun idea.”

The album he’s referring to is his latest – and eighth – solo offering, No Man’s Land. It’s a poignant, historical storytelling record which revisits the lives of numerous women who have made important and dedicated contributions to society, yet remain criminally underrepresented by history’s often male-dominated narrative.

In contrast to the preconceived theme of the record, Turner reveals that the album’s subject matter was developed through spontaneity rather than rigid arrangements and pre-production. “The overarching theme was emergent. The idea was to write a history record, or a storytelling record. It was only after I had about five [songs] in the bag that I realised that all of the people I’d written about so far were female. At that point, I looked at it and thought, ‘Well, maybe I follow it to the end and actively start seeking out characters and people to write about.’”

The women featured across No Man’s Land’s 13 songs range from the Egyptian feminist activist Huda Sha’arawi on The Lioness to rock ’n’ roll pioneer Sister Rosetta Tharpe and Wild West vaudeville star Dora Hand, who was tragically shot by a small-town outlaw. “The first song I wrote for the record was the song about Dora Hand and the motivation for that was that I read her story and thought it was incredible, but it was in a book that only covered it in two paragraphs and I thought, ‘Hold on a minute, what?’ So I found out as much as I could about it.”

With this weighty and structured subject, regardless of the artistic license he has bestowed upon it, comes inevitable interrogation. Turner remains consistently wary of the “implicit politics to telling stories that have been undertold,” particularly when those stories of marginalised women are being told by a male musician, but he maintains that “it’s not first and foremost a piece of activism. It’s not a ‘Feminist Statement’ with a capital F and S, it’s a storytelling record”.

It seems he is reluctantly prepared for the variety of responses he will undoubtedly receive about whether it should be a male artist’s place to write a record about notable and influential women, but he’s attempted to deflect this to a certain extent by bringing in an all-female team to help him make the album, including all the musicians and producer Catherine Marks (Wolf Alice, The Amazons, Foals).

When quizzed on this fact, Turner reveals that this was a conscious decision, due to “the optics of two men sitting in a dark windowless room recording songs about important women in history” not feeling right, but maintains that their inclusion is still based on merit. “What’s important is that Catherine’s contribution to the album was enormous, her gender comes second to her skill.”

Turner realised he needed to offer a companion piece to coincide with the release of the album in order to further the listener’s understanding of his new body of work. “A lot of the lyrics are very involved and I felt strongly that these songs would require CliffsNotes for people to really understand what I was talking about.”

In times gone by, artists would simply add extended liner notes to their physical releases, but he was certain that something so rudimentary simply wouldn’t stick in today’s fast-paced digital society.

“I was trying to think of a way to do that and didn’t want to release the longest liner notes in history! I had a bunch of meetings with people in television,” he explains, “which became very frustrating, because the gears of progress grind very slowly in that world.”

After careful deliberation, Turner chose to turn to the ever-expanding world of podcasts. “What’s cool about the podcast industry is it’s still pretty Wild West. Everyone’s excited by it and no one really knows what the rules are,” he enthuses. “When I sat down with a podcast-development company and told them my idea, their response was, ‘Sure, that sounds great!’”

Through his podcast, Turner is able to present himself as the student rather than the teacher and can continue to learn from the revolving door of guests he invites on to the show. Produced with the content platform Somethin’ Else, it also sees Turner performing the song in question at the end of each podcast.

“Both in the songs and the way I talk about them in the podcast is that I want to come across as much the student as the teacher. By bringing in other writers and historians, it enables me to learn more – that’s hopefully engaging to the audience, too.”

A series of 13 episodes, the slower process in which the album is revealed is, according to Turner, a process that allows for longevity. “The idea is that people would listen to the song, the podcast and then the song again to expand their understanding of who I’m trying to talk about.”

An avid history fan and former student of the subject at the London School of Economics and Political Science, he finds himself choosing to “read history books incessantly”. His passion for history has had to take a back seat for the majority of his career, but this chapter marks a new direction in his work, allowing him to combine both of his passions for the first time. He’s keen to remind us that he isn’t considering himself an expert on the subject quite yet.

“I wasn’t in the archives in cotton gloves… I read a bunch of books and there was some Wikipedia use [laughs]. I don’t want to quite come across as a scholar with all of this. Hopefully, these will all be the beginnings of conversations for some people. In fact, both in recording the podcast and in the process of releasing the songs, I continued to learn about the subjects. I was under the impression that no one had written about Dora Hand, but I discovered someone has actually written a novella from her point of view.”

We mustn’t forget that Turner is firstly a songwriter and musician and in spite of this album’s substantial theme, it is still delivered, and sounds, like a Frank Turner record.

No Man’s Land flits from his traditional, folk-punk aesthetic to inflections of both bluegrass and surf. His touring schedule is one to balk at, so when does he find time to continue to develop as a guitar player?

“With the solo on Dora Hand, I’ve been trying to teach myself some proper bluegrass guitar, partly because I love it and partly because it’s an excellent finger discipline. I’m a fan of the Canadian band Pup and their guitar player is an amazing player and actually a bluegrass aficionado. Whenever I have some spare time, I just text him, because he knows all of the old tunes that I should be learning.”

His fretwork on the album opener Jinny Bingham’s Ghost is also impressive, which Turner reveals to be his tribute to Dick Dale. “I played that on an old Gretsch that was lying around in the studio. Put it through an old spring reverb and you’re away!”

Frank Turner might be a musician who divides opinion at times, but one thing you must commend is his ability to remain part of the zeitgeist and maintain his creative integrity; whether that’s through taking a left-field turn by writing an historical storytelling record, or by finally squeezing in a metal riff that he wrote almost two decades ago.

“One of the more fun songs to write was the one about Catherine Blake. The reason is because that has a guitar part that I actually wrote for Million Dead and we recorded our second album in the very same studio. I remember suggesting that riff to the band 15 years ago and I finally put it in a fucking song!”