With Covid-19 keeping the band off stage and in the writing room, Halestorm came up with a stripped-back album of good old-fashioned rock ’n’ roll that’s also their heaviest to date.

It’s a change of scenery for Lzzy Hale and Joe Hottinger. The Halestorm duo are in a basement in Nashville, Tennessee. It’s dark, it’s quiet and they’re surrounded by acoustic guitars. The second they get off their video call with Guitar.com, they’re going to be rehearsing chilled-out takes on tracks from their 12-year back catalogue.

Not two weeks ago, though, the feedback of amplifiers was screeching in their ears. Halestorm were touring Europe and routinely playing two-and-a-half-hour evening-with shows. Every night featured a 40-minute acoustic set, a 20-minute changeover and then a 90-minute balls-out electric headliner – for six weeks. It’s a miracle they aren’t hanging.
“I only feel it when we’re on our way home,” singer-guitarist Lzzy says brightly and cheerily. Clearly, the exhaustion is long gone. “On the plane the day after the last show, I’ll be like, ‘I’m so sore! I can’t move my neck and I’m tired!’”

The Pennsylvanians employed every trick in the book to fill up their long-extended performances. Each city got its own acoustic cover of a local artist: London got the Clash; Cardiff got Heart; Glasgow the Pretenders. Drummer Arejay Hale solo’d for six minutes and dabbled in groan-inducing stand-up ‘comedy’. And the quartet played cuts from their then-unreleased fifth album, Back from the Dead, despite entries like Raise Your Horns and Bombshell having never been heard before.

“The beautiful thing is that people were studying the YouTube videos that other fans put up,” Lzzy says, with a laugh. “They would come to every show just trying to sing the words. It was a beautiful thing to see the responses to these new songs, because, when we were creating these tracks, we were almost predicting what the audience would do.”

It was the perfect environment to debut the songs, since Back from the Dead was engineered for the live arena. Condensed into 40 minutes and with only two ballads strewn across it, it’s the most invigorating torrent of anthems Halestorm have ever put to tape. The title track explodes to life with booming chords and snare. Then, Lzzy declares, “I’m back from the dead!” in her grittiest hard rock howl. On Wicked Ways, she demands, “Don’t call me an angel!” before bursting into a melodic guitar lead, while on I Come First the band flaunts rhythm work tuned low enough to make sludge metal bands shit themselves. Add in the plethora of radio-baiting choruses and you have an album crammed with opportunities to shred throats and bang heads.

“We were trying to make sure that, if and when we could get back on stage, [these songs] would hit the back row,” says Lzzy. “We had to not overcomplicate things.”

“It was hard to dumb it down,” admits lead guitarist Joe Hottinger. “I was like, ‘I can totally do this shredding bit here,’ but, a lot of the time, fast stuff doesn’t work in a big arena. It’s fun to write big and dumb but it’s hard.” 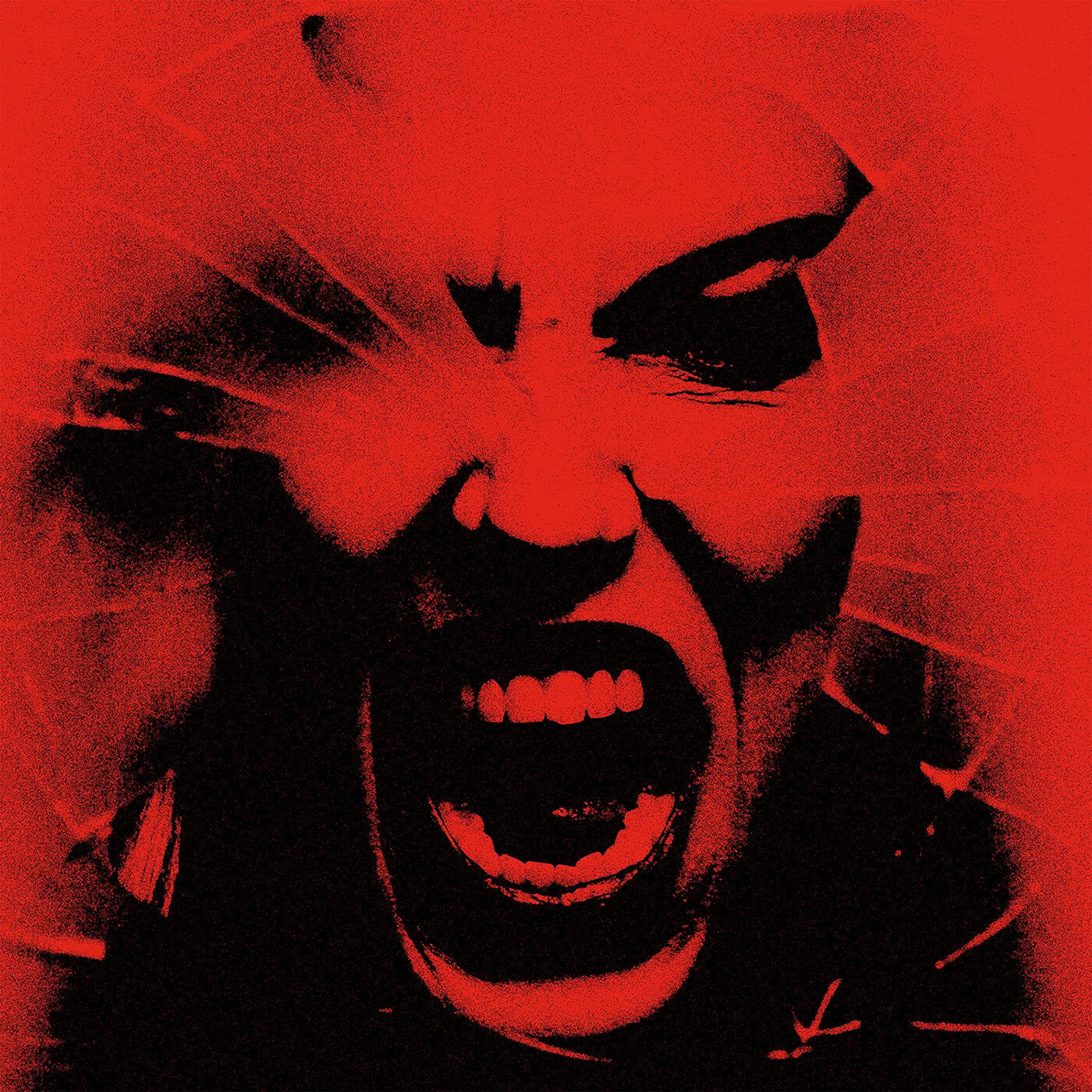 Lzzy concurs. “I had that issue with lyrics,” she adds, excitedly. “With [the song] Back from the Dead, it was like, ‘That’s it! It’s so dumb though!’ It’s right in everybody’s faces. You’re like, ‘I can’t believe no-one has come up with this – probably because it’s dumb – but it totally works!’”

To put it more diplomatically, Back from the Dead is dead easy to wrap your head around, and both Lzzy and Joe attribute that simplified bangers-above-all-else direction to the pandemic. The band started writing the album only three months before Covid-19 struck. Once it did, live music was derailed, while on-again-off-again lockdowns led to an epidemic of depression, self-doubt and trauma for countless people. Lzzy was one of them.

“I got reintroduced to a lot of different sides of myself that I didn’t have to deal with, because I could be Lzzy Hale the rock star all the time,” she says. “You get to know some deep-seated issues with your family that you haven’t dealt with because you’re always hiding behind this rock-star façade. [Suddenly] I’m looking at myself as not Lzzy Hale the rock star; I’m Elizabeth Hale sitting on the couch in her pyjamas for three days straight.”
That tailspin bled into the writing of the album. “W​​e went through a period of time where we just were writing so much but we thought everything sucked,” says Lzzy.

Joe elaborates: “We needed a win. Lzzy and I came down here to the basement in February [2020] and started playing every day, writing and recording. Then we were like, ‘I think we should not see each other anymore.’ Nobody knew what was happening in the fucking pandemic: ‘How’s it spreading?’ ‘I don’t know!’”

It wasn’t until the band were able to reunite in Nashville that the creative juices began to flow. Lzzy’s voice swells with enthusiasm as she recalls herself, Joe, Arejay and bassist Josh Smith jamming together again. All of a sudden, the lack of live dates wasn’t a hindrance; it meant that the four could focus on making a cohesive album, uninterrupted by jetting off for tours or festivals every five minutes.

“I think the previous albums were a bit all over the place,” says Lzzy, “because of all the different experiences we were having. We’d be in the studio, then take a break, then tour, then come back; we’d be out every night. Without any of those other outlets, we had no choice but to put everything that is Halestorm [into this album].”

Musically, Back from the Dead is as simple and intuitive as rock ’n’ roll gets. The same cannot be said of the lineup of guitars that Halestorm used. Between Joe, Lzzy and the album’s producer Nick Raskulinecz, the band had more than 100 guitars at their disposal. Joe cycled between Gibson Les Pauls, SGs and Flying Vs, while Lzzy kept returning to her signature model: a Gibson Explorer with a white finish and gold hardware.

“[Joe’s] Flying V sounds so ‘bitey’ and has a lot of teeth to it,” she says, “and my Explorer is super-mid-range and meaty. The combination of that was really cool. We experimented with that a lot.”

Listen to Back from the Dead’s second single, The Steeple, and you’ll feel the effect as Joe’s razor-sharp leads slice through the drop C rhythm guitars. It’s a tactic repeated throughout the album, from the concise solo that ignites Brightside to the wailing, blues-style strings of My Redemption.

“Tuning down to drop C and drop A gave these songs some balls,” says Joe. Beyond that, he says that the band were hoping to capture a truly classic rock “early ’70s Marshall sound”, using a 1971 Super Lead “that just sounded deadly”. “And then we’d add a layer with a really distorted amp of an octave pedal like a POG,” he adds.

The end result is doubtlessly the heaviest Halestorm outing to date: a conclusion that seems to shock the four-piece’s frontwoman. “Really? Cool – I didn’t plan on that,” Lzzy says, laughing. “I guess you’ve got to put those [lockdown] feelings somewhere, otherwise they’re gonna explode in ways that are more destructive. It is a banger of a record. We’re about to start rehearsals for playing all these new songs live and it’s gonna be fun.”

With Back from the Dead finished and having clawed its way into the world, playing live is now back at the top of Halestorm’s to-do list. Their summer will be filled with a US tour co-headlined by the Pretty Reckless before they return to Europe to support Alter Bridge on an arena run. Clearly, it’s an all-consuming passion for the band – the art of the gig is the first thing Lzzy and Joe turn to when asked about the mark they want Halestorm to leave on the world.

“Playing live is the most in-the-moment thing you can do on this planet other than jumping out of an aeroplane,” says Joe. “Hopefully what they are going to say is, ‘Halestorm are just a real rock band’.”

“Hopefully people walk away feeling like they’re a part of something,” Lzzy adds. “That it wasn’t just something that was coming out at them but they were really part of it. I hope that they walk away feeling amazing and empowered. I hope they get some escape, because that’s what we get every single time.”

With the pandemic largely over and their demons exorcised in the most energised-sounding way, Halestorm have finally sealed that elusive win.

Check back next week for the second part of our interview with Lzzy. Back from the Dead is out now.