From building strip-board kits and flogging them via Facebook to developing a respected pedal company with some of the most striking graphics are=ound, it’s been a whirlwind four years for Alex Millar. Here he reveals the benefits of his graphic design degree and building a 6-in-1 RAT clone. 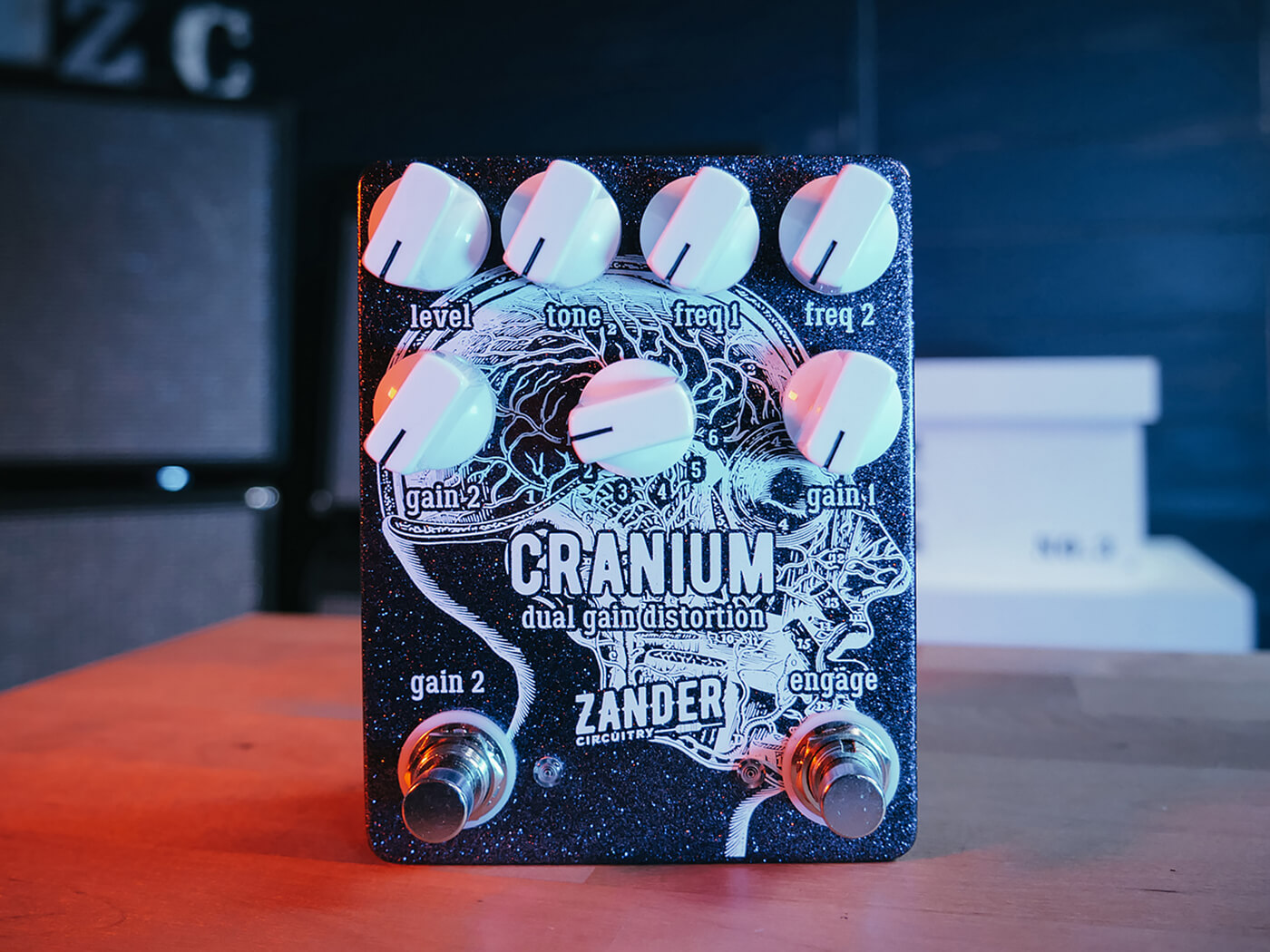 “I started playing when I was about 12. My parents bought me my first electric guitar which was a cheap, catalogue knock-off of a black Fender Strat. I’m left-handed and my dad was knowledgeable enough to know guitars were made in both orientations, so my first guitar was a lefty. I’ve never been to any lessons – well, I went to one where the teacher just told me to learn right-handed… we never went back – I taught myself using tab and then gradually learned to pick things up by ear. I dropped it for a few years in my mid-teens but picked it up again as I entered adulthood and I’ve barely put it down since!”

“It all stems from being left-handed really, because I was bored of the offerings available to left-handers in most guitar stores. I would buy cheap, random parts on eBay and piece together strange guitars just to have something that was a little different. In 2014 I started building some DIY kits and strip-board layout fuzzes and drives, mostly for my own amusement. After a while I’d built so many that I had to clear a few out on Facebook selling groups and the response was so good that I decided to put a brand to what I was doing and start a little side venture. I work full-time as a graphic designer on top of Zander, so it also gave me a chance to do some design work for myself.” 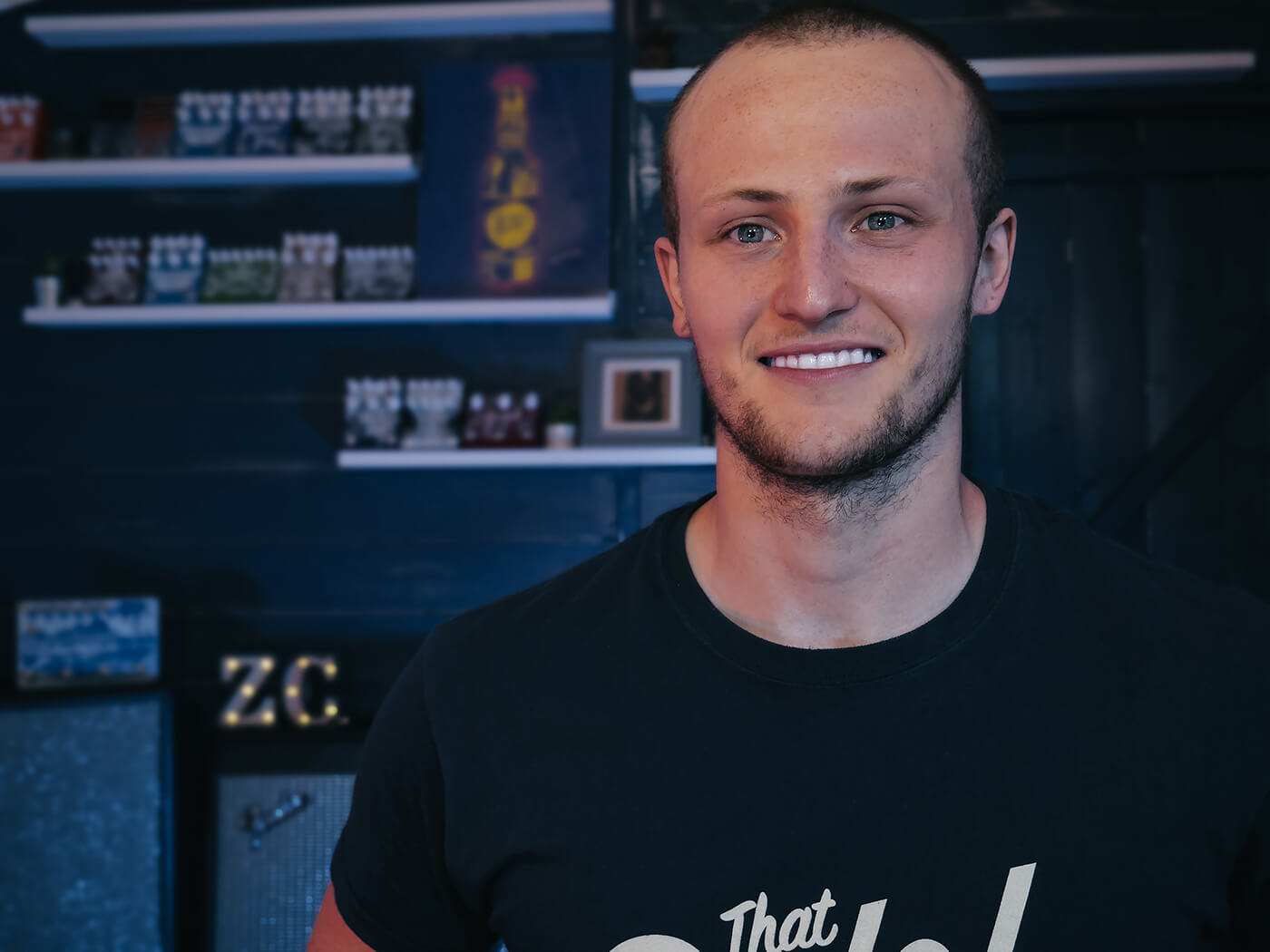 “When the company was launched, I built a batch of 10 SiClone fuzzes to put online. When the site went live, we sold out within the first week, and considering we barely had any following on social platforms, this was an incredible achievement for us. We received a lot of positive feedback on them and it pushed us to keep going.”

“None at all, I pretty much started it on a shoestring budget of a few hundred pounds to purchase a small batch of enclosures, some packs of resistors and capacitors and a batch of vinyl stickers from a print shop, which is what we used for the graphics back then.” 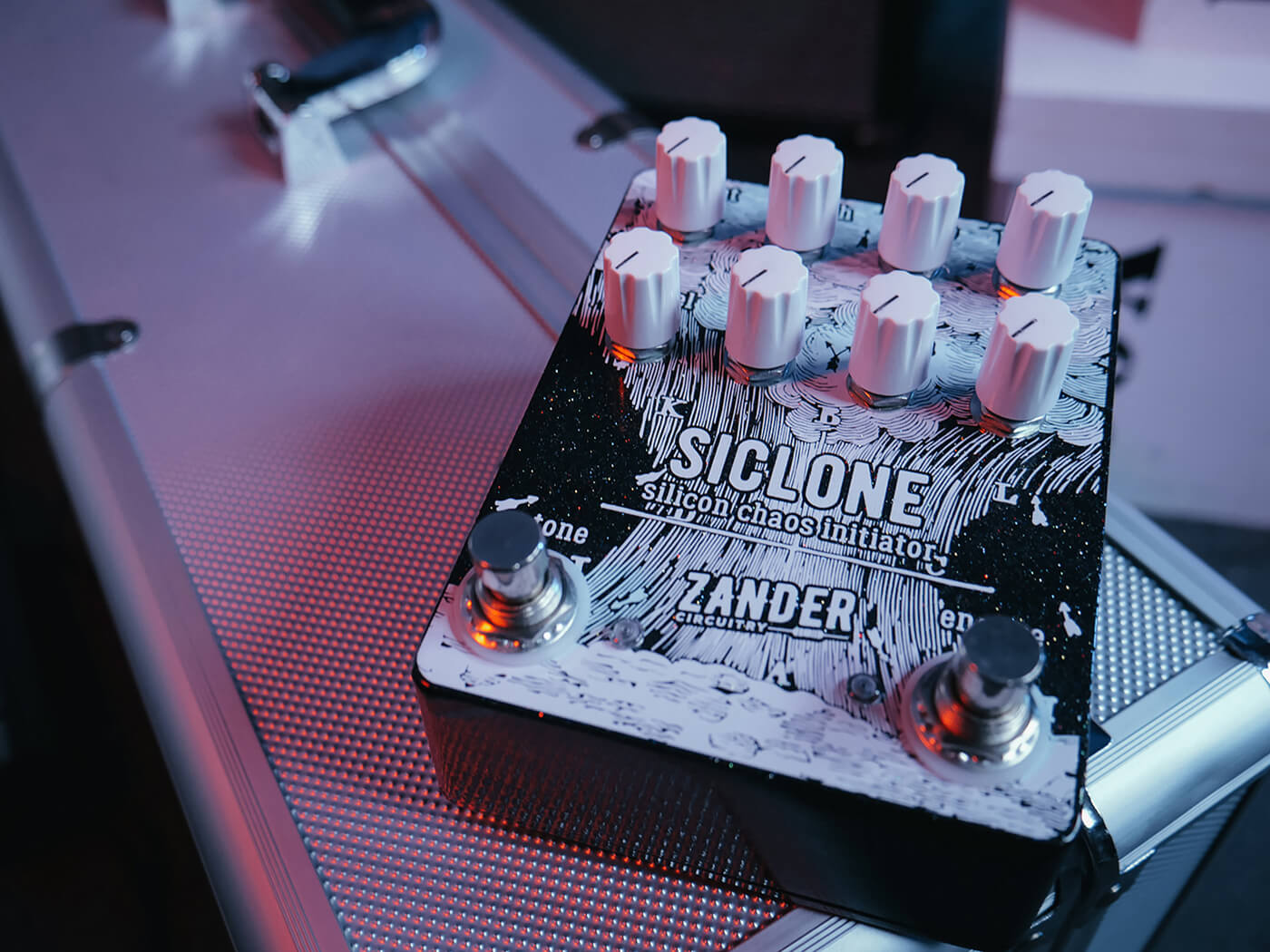 “We rebranded on 1 January 2018 with a completely new look that standardised our control layout, illustration style and typography. Prior to that each of our pedals looked very different, they looked great, but were lacking the cohesiveness that some other larger brands had. I took a lot of inspiration from brands like Earthquaker Devices in regard to their consistency.”

“Our best-seller has been the Cranium Dual Gain Distortion. It’s based on the ProCo RAT pedal. Many people will be aware of the RAT variants released throughout the years; most of these pedals use a very similar core circuit, and the main difference between them is the type of diode used to clip the signal. I wanted to create something that captured all of those tones in one box, and that’s where the Cranium came in. It has various clipping options on a rotary switch along with lots of other features that makes it one of the most versatile RAT-based distortions available.” 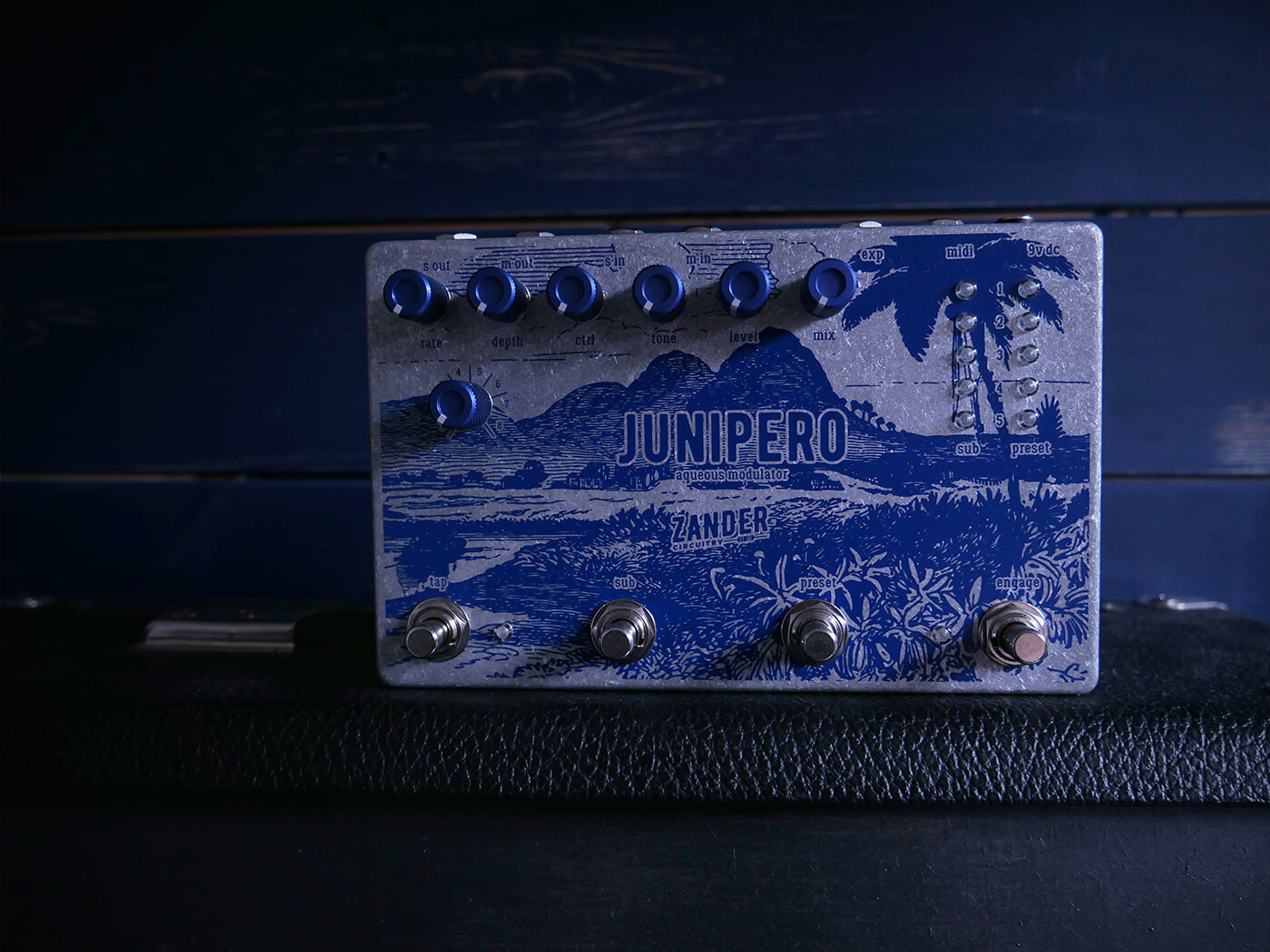 “We released our multi-modulation pedal, the Junipero, in June 2020. It offers eight effects, combining various takes on chorus, flanger, phaser, tremolo, and ring modulator. On top of that it also offers full stereo in/out, tap-tempo with sub-divisions, five on-board presets, MIDI, full expression control as well as buffered or true bypass that is assignable per preset. As far as I know, we’re the first British company to tackle anything of this magnitude.

“For this new pedal, we decided we didn’t want to use standard off-the-shelf knobs. We spent a lot of money purchasing custom-made anodised ones and as we were dealing with a custom part we had to buy in bulk. We waited ages for them to arrive and when they did the quality was completely subpar. After a lot of back and forth, the manufacturer told us they were no longer going to reproduce the batch.

“I decided to put them up on our website at cost price, expecting that they’d just sit there for months and we’d sell a few here and there. But no, the pedal community stepped up and we sold ALL of them within three weeks. It gave us enough money to purchase another batch from a different supplier and these are so much better. It made me very proud to be part of a wonderful community of builders and customers that really stepped up and helped us out when we really needed it.”

What’s next for Zander Circuitry?

“One of the reasons the Junipero took us so long to make is because we wanted the hardware to have longevity for future releases. This means that in the future we can bring out a delay, reverb or any other set of effects we want with mostly software changes that saves us having to go completely back to the drawing board. We’re also currently in a period of moving all of our ‘simpler’ pedals, which is pretty much all of our drives and fuzzes, over to a smaller enclosure size. Along with this we’re also moving to soft switching that allows for momentary and latching modes.”

Find out more about Zander Circuitry at zandercircuitry.co.uk.