Documenting the remarkable collection of the Whitesnake legend and featuring 1,000 images, Tales Of Tone And Volume is not your average guitar book. Bernie gives us the inside track on a project that has been over two years in the making…

“There have always been a lot of good ones, but I think I can say there’s never been a book like this. And I’ve got a lot of them.” Bernie Marsden is in characteristically good humour when we catch up with him ahead of the launch of Tales Of Tone And Volume, a luxury tome that catalogues the lion’s share of one of the world’s finest guitar collections and tells the story of the instruments inside along the way. 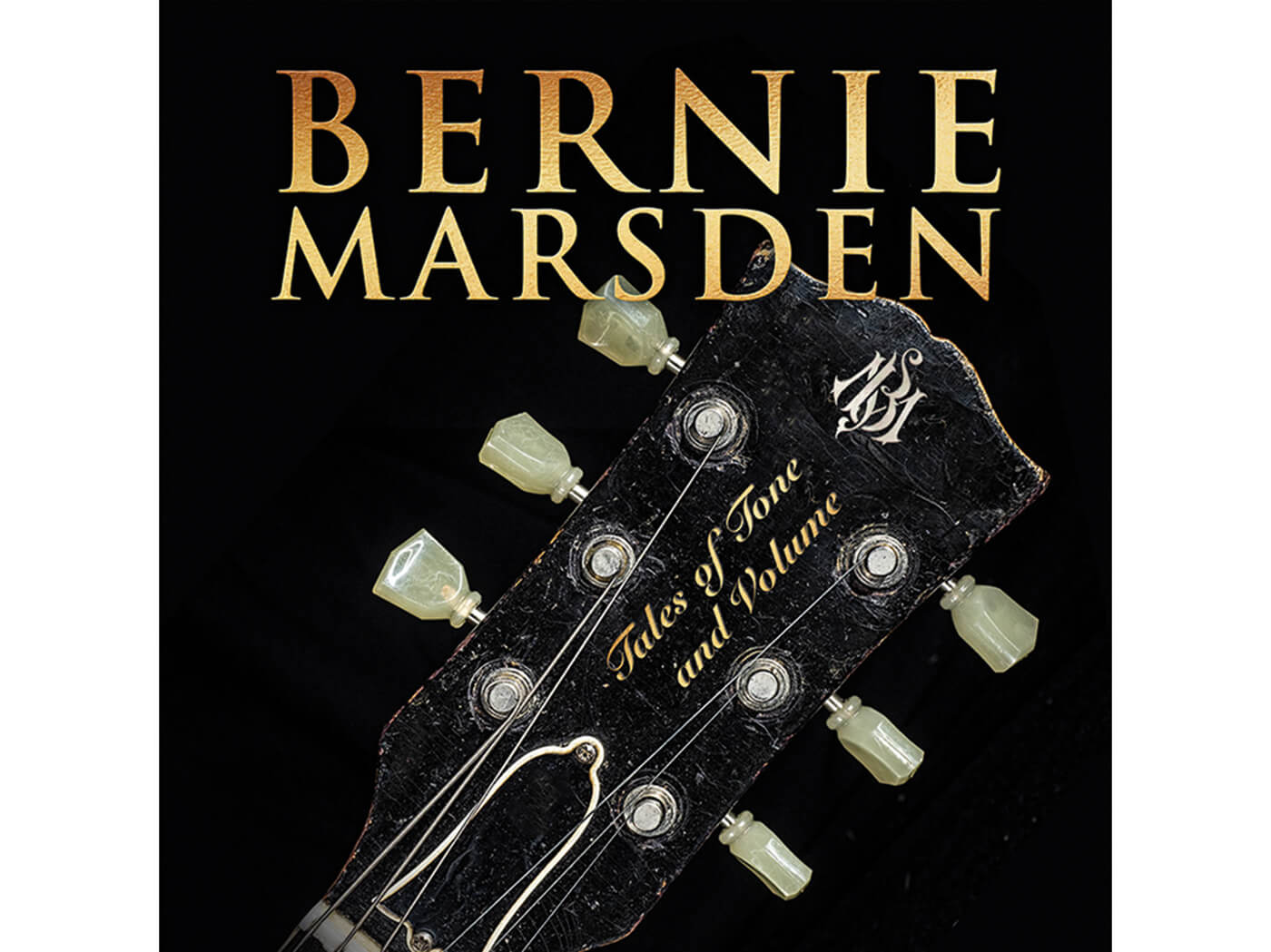 Photographed over a two-year period by Melvyn May and the Rufus Publications team, the book documents the blues-rocker’s guitars in almost forensic detail. “The working title of the book, before I came up with Tales…, was Dust And Scratches,” Bernie reveals. “That lasted for quite a long time. Whether people like it or not, I very rarely clean my guitars, you see. So consequently, they’re just covered in either gig sweat and horrible stuff like that, or dust.

“But I’m looking through the proofs now, and I’m seeing stuff on guitars I’ve had for 25 years that I’ve never seen before. Lots of the pictures are almost from an engineer’s point of view. Especially the bridges and the tailpieces and stuff like that from the early days in the 50s… it’s incredible, the ingenuity, to make this stuff work, on top of fabulous wood. It really is a joy.”

Bernie has made sure that the book features the majority of the precious hardware residing in his lock-up. “I probably left out, I dunno, 20 per cent of them,” he says. “I wanted to include the guitars that I’ve used and that people will have seen over the years. Stuff that’s interesting. There’s also stuff in there that I’ve only owned for a couple of years – because I’ve always wanted one and was in a position to pick one up. I’ve obviously got a load of PRS guitars, but how many PRSes of the same type can you put in, page after page after page? So I’ve been relatively frugal with that kind of thing.

“But there’s also a £120 Squier Strat next to a £40,000 ES-335… and it’s all very anecdotal. So I’ll tell you why I used it on a certain track or where it came from, how I lost it and how I got it back. I think people will enjoy the read… it’s not just pictures. I’ve also had people asking if there are any lessons in there? No, it’s not that kind of book!”

Aside from the more philosophical lessons about the ones that got away, that is: “For every one guitar that I kept from all the touring in the 70s and 80s and 90s, I used to bring two back from America. I’d sell two at a profit to pay for the third one! So if I’ve got one Firebird, I probably had three and sold two… If I’d have had the money to keep everything I bought in those days, I’d have many, many more guitars! But I’m not bothered about that. That’s all part of the story.”

Bernie’s 1959 Les Paul Standard, aka The Beast, is one of the most famous Bursts of them all, and needless to say, the shots of the guitar in various states of undress are one of the highlights of the book. During the course of our interview we discover that, ironically enough, Bernie’s love affair with Les Pauls was in part the result of the band Love Affair, best known for topping the charts in 1968 with their version of Everlasting Love.

“The guy in Love Affair had a Les Paul and it always looked great on TV,” Bernie recalls. “I remember thinking, ‘I really want one of those.’ So even though it would be the Claptons and Mick Taylors who really made me want one, sound-wise, seeing Rex Brayley with Love Affair… he looked really cool. Nobody knew much about Les Pauls back then, but I thought it looked good!

“And then, of course, there was Peter Green and I thought, ‘Oh, he uses one as well.’ And suddenly it was like, that’s the guitar to have. And I was kind of aware of Mike Bloomfield as well. And of course Keith Richards had the one we would have all seen on TV. But I didn’t get one until I’d turned pro. If I’d been clever enough, like Paul Kossoff was, to go out and buy one when he was 15… but I can’t complain, because the one I bought was relatively inexpensive! I’ve made a profit, I think [laughs].”

The guitar that graces these pages is another, earlier, Gibson Les Paul from Bernie’s collection. The guitarist takes up the story: “I got it from a guy called Jim Singleton, who’s a guitar dealer in the States. He was with Danny Gatton. And Les Paul was in the venue they were in at the time. They showed it to Les, because it’s a very early ’52 model in really good condition. It isn’t the very first batch, because the very first batch had the pickups with diagonal screws and no neck binding. But this one’s pretty close.”

Les promptly played the guitar, got a kick out of it and was asked to sign it. “He said yeah,” recounts Bernie. “And he put his hand in his pocket and pulled out a small nail, and scratched it into the scratchplate. He said to them: ‘If you see one of these signed with a nail, the chances are, it’s genuine. If you see one signed with a pen, the chances are I didn’t do it!’

“Jim said Danny Gatton was losing his mind when Les Paul was signing a Les Paul with a nail! ‘With a nail, man!’ He kept one in his pocket, apparently, for such events.” Although an original ’52 Les Paul Goldtop signed by the man himself is a valuable artefact, that doesn’t stop Bernie using one for the purposes it was originally intended.

“The tailpiece is a pain, but if you just learn to deal with it for an hour, you kind of get used to it,” he explains. “It sounds amazing, I have to say. You can see every reason why all of those blues guys would have picked one up. Nothing sounded like ’em. It’s got that rasp about it. It’s on the CD that comes with the book. You can hear it on the track called Lester [laughs].

“I really enjoy playing it. It’s an easy guitar to play, really. Especially when you overload it, and push it, and wind it up a bit. It’s just a fantastic sound. I just had a ball using it. I know some companies make a gizmo to get away from the tailpiece but honestly, just play the bloody thing! Don’t worry about the bridge, that’s how it was made. It does hamper you a little bit, but you just get used to it. I sometimes wonder if I took that off, would it sound the same?”

From double-necks to gorgeous acoustics, high-end replicas and bargain-basement rarities, Bernie speaks just as fondly of some of his cheaper, more recent finds as he does the golden-era antiquities. And of course, 1950s Gibsons were relatively new instruments when they were used to make some of the most cherished recordings in rock history.

“It’s funny though, when you see them all together, page after page after page, you think, ‘Why did you do this? Was it almost some kind of madness?’ But as you well know, I’m not unique. Guitar players do have lots of guitars…” Ain’t that the truth.

Order your copy of Tales Of Tone And Volume on rufuspublications.com.