Australian brand Goodwood Audio is on a mission to make your rig as flexible and pristine-sounding as can be. We talk to founders Grant Klassen and Mikey Woodward to find out how they got to where they are today… 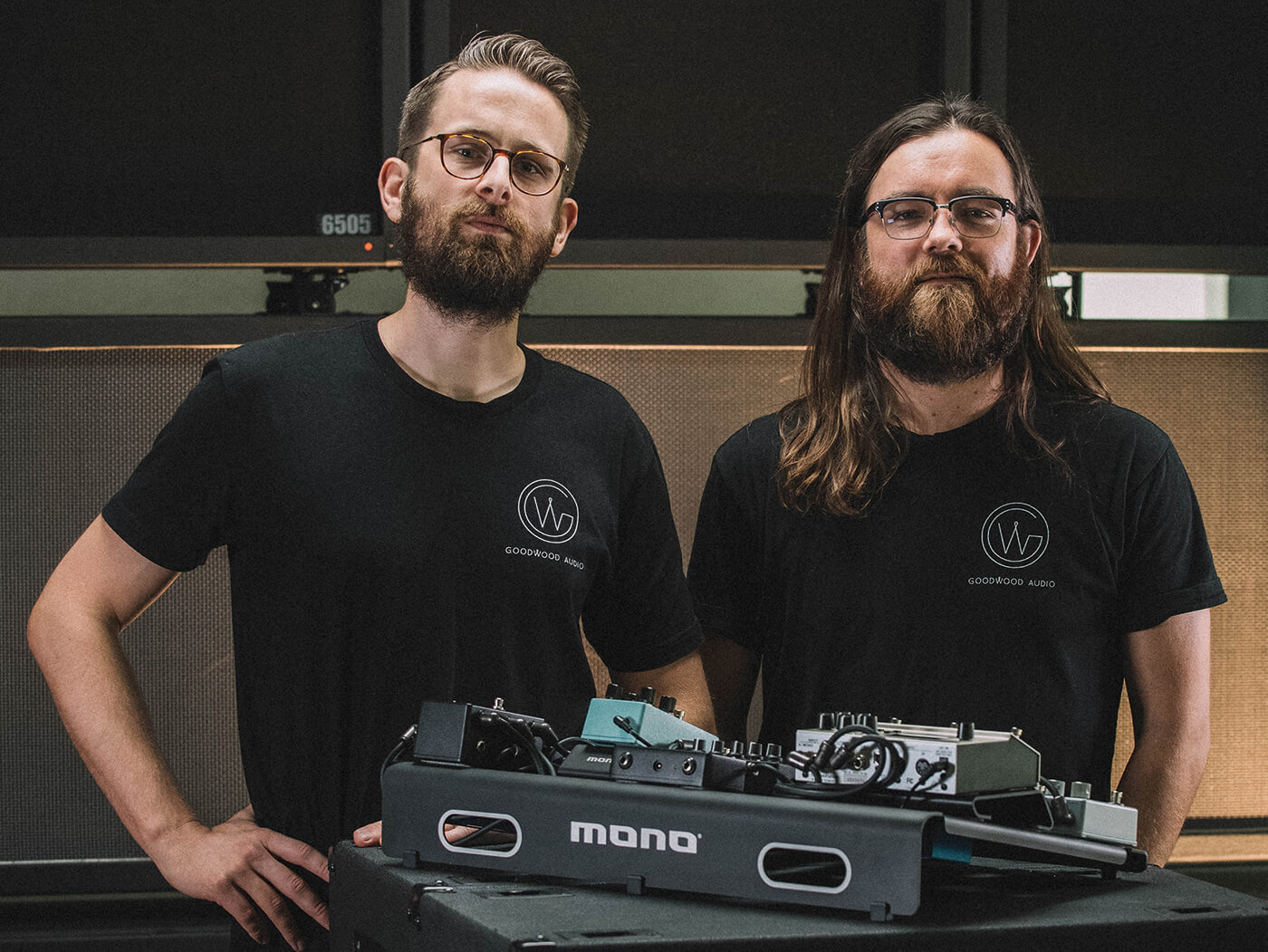 How did you get into the guitar industry?

Grant: “As a kid, I loved to take things apart, see how they worked, light them on fire, and put them back together again. When I was in college, I took this interest as a guitarist and made enough instrument leads for friends so I could have a few free ones for myself…”

Mikey: “I’ve enjoyed making music since school but really only dabbled in playing guitar. More than a musician, I’m a massive gearhead. Somehow, I stumbled on Harmony Central and The Gear Page and spent hours absorbing knowledge.”

When did you first start building?

Grant: “I really did just want some free leads and to learn how to solder! I had always loved electronics, but knew nothing about the subject. Soldering was my ‘in’. “I started with cables, but that slowed down. Mikey came along with an idea to build a pedalboard. It happened to be my personal one. After about 16 hours of dry solder joints, the pedalboard was done. By the time I got to the first time to use it, it had stopped working. Turns out I had missed one key step on every cable. After remaking every cable on the board, it worked!”

Mikey: “In the early 2000s, I built my own two-level pedalboard to fit into an old suitcase. That was a lot of fun! I was always messing around with my own setup. Then it must have been late 2011 when I asked Grant if he wanted to do a proper pedalboard. By this time, I’d become a walking encyclopaedia of gear knowledge, and he knew how to solder. Well, sort of.” 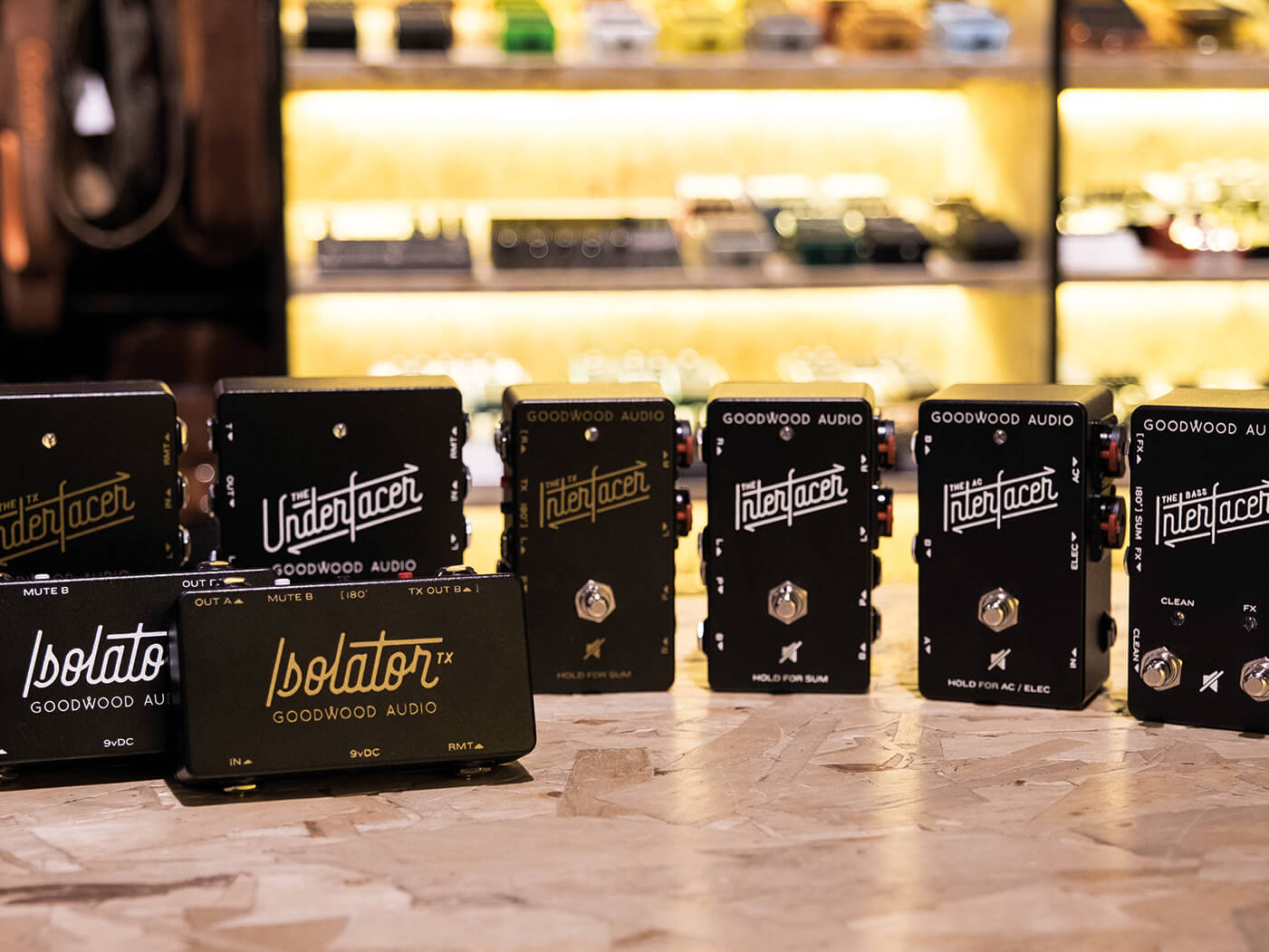 When did you realise you could make your hobby a business?

Grant: “For me, it was pretty early on. After we had done a few pedalboards and custom junctions I realised that I really did love this. I had always wanted a job where I could get an idea, create, do some R&D and move on to the next idea. We started tinkering in 2011 and became a business in 2012. A year or so later, I went part time, and in 2017 I went full time.”

Mikey: “I couldn’t pinpoint a date, but it would have been when we didn’t have enough spare time to get the work done. I would go in when I wasn’t working my day job and measure a bunch of cables. Then Grant would solder them in his spare time. Then I would come back in and install them onto a pedalboard. In 2015, I was able to dial back the hours at my day job and then in April 2016, I quit and went full-time with GWA. I turned up at the shop one day and said to Grant: ‘So ummm, yeah, I quit my job. Yay?!’.”

How did you support the business in the early days?

Grant: “We both put in a couple-thousand dollars over the first year or two. We started out of two plastic tubs. Slowly but surely, we grew, saved everything that came into the business and those two plastic tubs have turned into a few garages. Our accountants helped us out with a small grant we were eligible for which helped a bit, but we haven’t taken any outside investment.”

Mikey: “We used Kickstarter to launch The Interfacer, which turned out to be very successful. And then we were given a modest R&D grant from the government which helped again. To this point, it’s been a very slow burn, but neither of us really planned to be in business, so incremental growth has been much more manageable.”

Grant: “Definitely when our customers say something to the effect of: ‘I can’t live without my Interfacer’ or: ‘It’s never leaving my pedalboard’. To have put so much work into a product/line of pedals and have it truly resonate with people is a pretty incredible feeling.”

Mikey: “We just got back from California where we took the first steps to having a US base of operations, it’ll greatly improve our ability to engage with customers and provide better and better service.”

What has proved to be your best-selling product thus far?

Grant: “The Interfacer TX is the one. We’ve worked very hard to put features into it that we feel are necessary and useful, and leaving out the features we don’t think our customers need or want. We don’t want people to be confused before they plug it in and this seems to have resonated with our customers. It also has gold print, so that helps, too!” At what point did you feel like you ‘nailed’ your branding?

Mikey: “Visuals are very important to me and I’m lucky to have a longtime and close friend who is a very talented designer. Over the years, he’s quietly changed a few things here and here, but the logo has been the same since 2013 and we still get compliments! Have we nailed it? There is always room for improvement.” 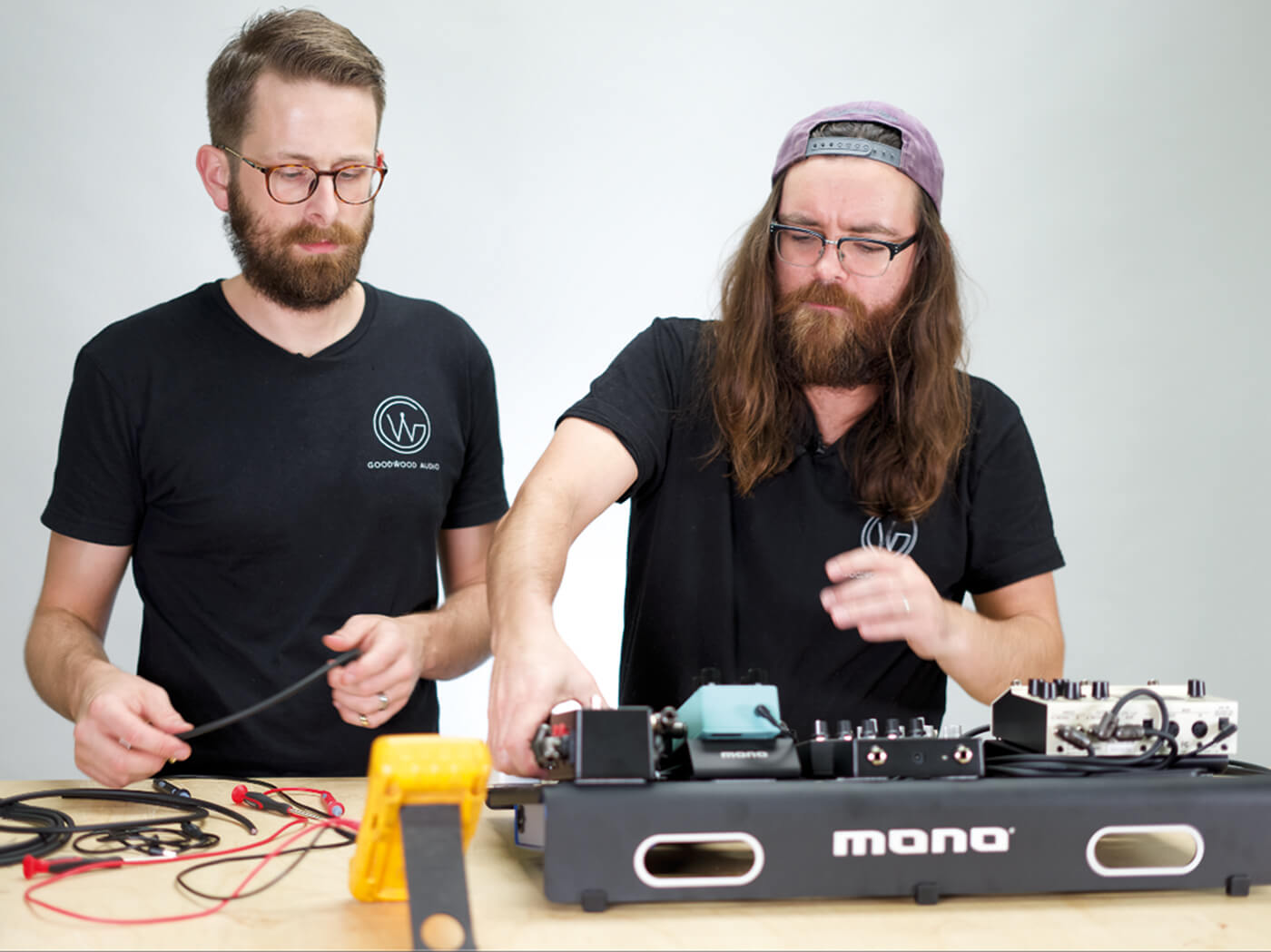 Grant: “I don’t think I’m qualified for this question. In fact, I know I’m not. But I do know one of our biggest challenges is standing out amongst the noise. There is so much advertising for anything and everything you can think of, and we are a tiny company amongst all that trying to be heard. One of the biggest assets we have in this is truly believing in the product and its place in the market, which has gotten us to where we are today.”

Mikey: “Social media has given everyone a voice. So then, what do we say and how do we say it? How can we build a brand and tell a story that feels genuine and relevant? I think we will see huge leaps in the digital side of the industry – both hardware and software. Can analogue hold on forever?”

Can you give us any details of any forthcoming launches?

Grant: “We’ve been working on some ideas and it looks like 2019 could be a good
year to release them. I can say we have never gotten excited about copying other companies’ ideas. We love to make products that don’t exist yet and then educate our customers on them. It’s by no means the easiest way to go about growing a business, but it’s what we can get behind and get excited about.”

Mikey: “How does a pedalboard-friendly coffee maker sound? But seriously, imagine! We get regular requests for The Interfacer to have a very specific option. 2019 could be the year for some guitar innovation. Radical!”