Frontman Jamie Hall discusses reinventing himself under a pseudonym, starting his own label and leaning into his expressive approach as a guitarist.

Happenstance is a funny thing. When Tigercub hit the pause button shortly after the release of 2016’s electro-driven EP, Evolve Or Die, frontman Jamie Hall never quite expected his garage-psych pop side project, Nancy, to become an underground hit. This career-changing gig quickly shunted Hall into a high-pressure cycle of label bidding wars, international tours, and social media hype – but it was only ever meant to be a time-filling activity.

“Nancy accidentally did well,” Hall says today over a Zoom call from his Brighton apartment, his voice warm and considered. “But it was based on the sort of music that’s really close to my heart, and if I was to try and express those passions within the context of the band, I felt like I may end up inadvertently pulling us away from the thing that fans come to Tigercub for – heavy rock.”

The only thing Hall wanted at the time was for his bedroom-produced songs to find a place in the world. Influenced by boundary-pushing pop stylings of The Walker Brothers, Nancy began as a faceless project for Hall to disassociate any ties to his band. But soon after the singles from 2018’s Mysterious Visions received radio airplay, Hall entered what he describes as a “mental tug of war” – a period of uncertainty over how this new direction would affect his day job. He explains: “There was a pretty harrowing moment where I realised that Nancy was really picking up traction, and I was like, ‘Okay, is this the thing that I’m going to get popular for?’

“But you know, even if it seemed like the entire industry was kicking down my back door, I was always desperate to go back to Tigercub – the band is in my heart and my soul,” he says. “Working as Nancy allowed me to really think with a clear head about what Tigercub is, so I could trace back to the source of the band. And what I realised is that it’s all about riffs.” 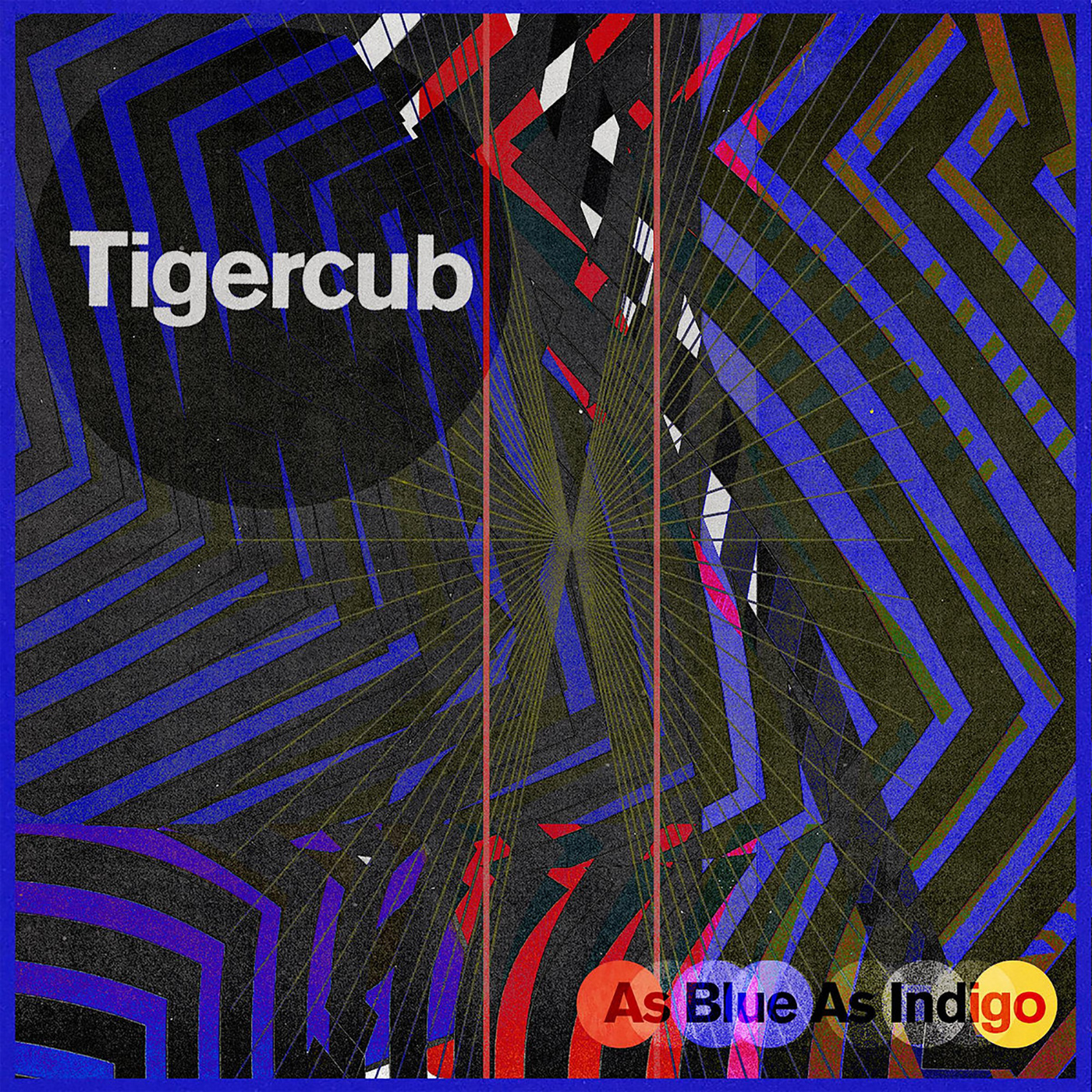 Three years later, Hall now understands that the unexpected success of Nancy has had a domino effect on Tigercub (made up of vocalist and guitarist Hall, plus bassist Jimi Wheelwright and drummer James Allix). Talking to Guitar.com about the alt-rock trio’s new album, As Blue As Indigo – the band’s first full-length effort since their 2016 debut, Abstract Figures In The Dark – he explains that the creative journey he went through prior to making this record taught him to trust his instincts. The collection of songs that followed are shaped by a determination not to compromise, made with tenacity and pride, and finished with a caustic bite – beneath thrashes of guitar, recent single Stop Beating On My Heart (Like A Bass Drum) reckons with defiance.

It’s also Tigercub’s most personal release, ruthlessly exposing the creative tensions that arose when the band hunkered down in a studio during the first few weeks of lockdown in March 2020. It deals with a shared conflict of anxiety and frustration, and details a whirlwind period in which they parted with co-producer Adrian Bushby (Muse, Foo Fighters) – but Hall says freezing together in an isolated space was the first major step in reconciling.

“It’s quite emotional to think about now, but I think we all just found a renewed appreciation for why we want to make songs in a band together, as a unit,” he says. “We realised that the band is something that’s too important for all of us to ever give up on.”

Over the past year, Hall has come to really cherish his relationship with the guitar and links his undiluted confidence as a player to the album’s overarching achievement – it’s a release of inhibitions. As a kid, he found freedom in being able to experiment at his County Durham high school’s recording studio, where he crafted an academic playing style inspired by his hero, legendary technical guitarist Steve Vai, and has been honing his skills ever since.

Hall says that a lifelong commitment to bettering his playing – which began as a teenager, where he was heavily involved with the North East’s tribute band scene – is reflected in the creation of As Blue As Indigo, on which he played an “idiosyncratic” Fender Jazzmaster: “The record is like this path to rediscovering what Tigercub is actually about. My true self is this potential shredder, you know, and I am not afraid of that anymore,” he says. “I remember saying in the rehearsal room that I have a really expressive style – so why shy away from that?”

When it comes to inspiring the next generation of guitarists, Hall makes his ethics clear: pay it forward, help uplift new bands. He recently set up his label, Blame Recordings, to both self-release Tigercub’s work and give rising talent a leg-up.  And on As Blue As Indigo, he’s incredibly generous in other ways, too. Deeply introspective songs such as Built To Fail and Funeral take on heavier lyrical content than anything we have previously heard from Tigercub. Upon its release in May, the latter – which was written shortly after the death of Hall’s grandmother – became a lifeline for many fans who were also coping with grief.

By offering up intense, life-consuming feelings in the song, Hall found the space to help him process the “pent-up fear and aggression” that had stemmed from the loss. His relief became rooted in connecting with his audience through a new, meditative form of songwriting – and he wants this music to be heard so it can reach those who truly need it. “These songs helped me process the world as I experienced it,” he adds. “If the record does nothing, and it flops, it was worthwhile in that it was like an act of therapy for myself. I just needed to fucking get it all out there.”

As Blue As Indigo is out now on Blame Recordings.