Frontwoman Mikaila Delgado on Mustangs and Les Pauls, the inspirational power of cheesy hair metal, and why she doesn’t care if you think it’s silly that her band is everything to her.

When Yours Truly released their fourth EP, is this what I look like? in July, featuring the singles Hallucination and Walk Over My Grave, it was evidence that the Sydney pop-punk four-piece more than deserved their first ARIA, awarded for Best Hard Rock/Heavy Metal act in 2021.

With pummelling percussion and restless riffs, Mikaila Delgado’s honest lyrics and impassioned vocal are in harmony with Lachlan Cronin and Teddie Winder-Haron’s guitars, and Bradley Cronan’s drums, across the EP’s seven songs. To label Delgado the Australian Hayley Williams might sell her short – nobody likes a simplistic comparison – but in terms of class acts delivering iconic, melodious pop-punk, Paramore comparisons are rare and valuable.

“I formed the band [in 2016] when I was in year 11, so I’d have been 16 or 17,” Delgado tells us. “I’d been in a band for a year with a whole bunch of guys in their mid-twenties and I realised quickly that I wanted to be in a band with people my own age. I’d always wanted to be in a band. I was trying things out but then I remember thinking, ‘I’m going to have to start one from scratch’. I’d written a bunch of songs, then I found Teddie on Facebook.”

Delgado had discovered a video of Winder-Haron performing at a school music event. His pop-punk translation of a Taylor Swift song (the name of which neither can recall) convinced her that this was her future bandmate. They remain the only original members of the band.

With the singles Winter and Strangers, their debut EP, 2017’s Too Late For Apologies, garnered them national radio play on Aussie youth station Triple J. By 2018, the band had solidified their fanbase and earned a reputation for unforgettable live shows. When High Hopes dropped early that year, it became an anthem of sorts.

“That song is the one I’ve had the most writing [success] at,” says Winder-Haron when Delgado reminds him that he wrote their hit song. “I’m like a one-and-done.

“Lachlan did 98 per cent of the guitars on this EP, he’s an absolute wizard. Lachie does a lot of the writing. He sits at his computer and writes a bunch of stuff, sends it to me and then I’ll add bits and pieces here and there. Sometimes he’ll ask what I think of parts and I’ll chuck something in there. I’m not the best writer in the world, it hasn’t come to me naturally, but I love helping Lachie where I can.” 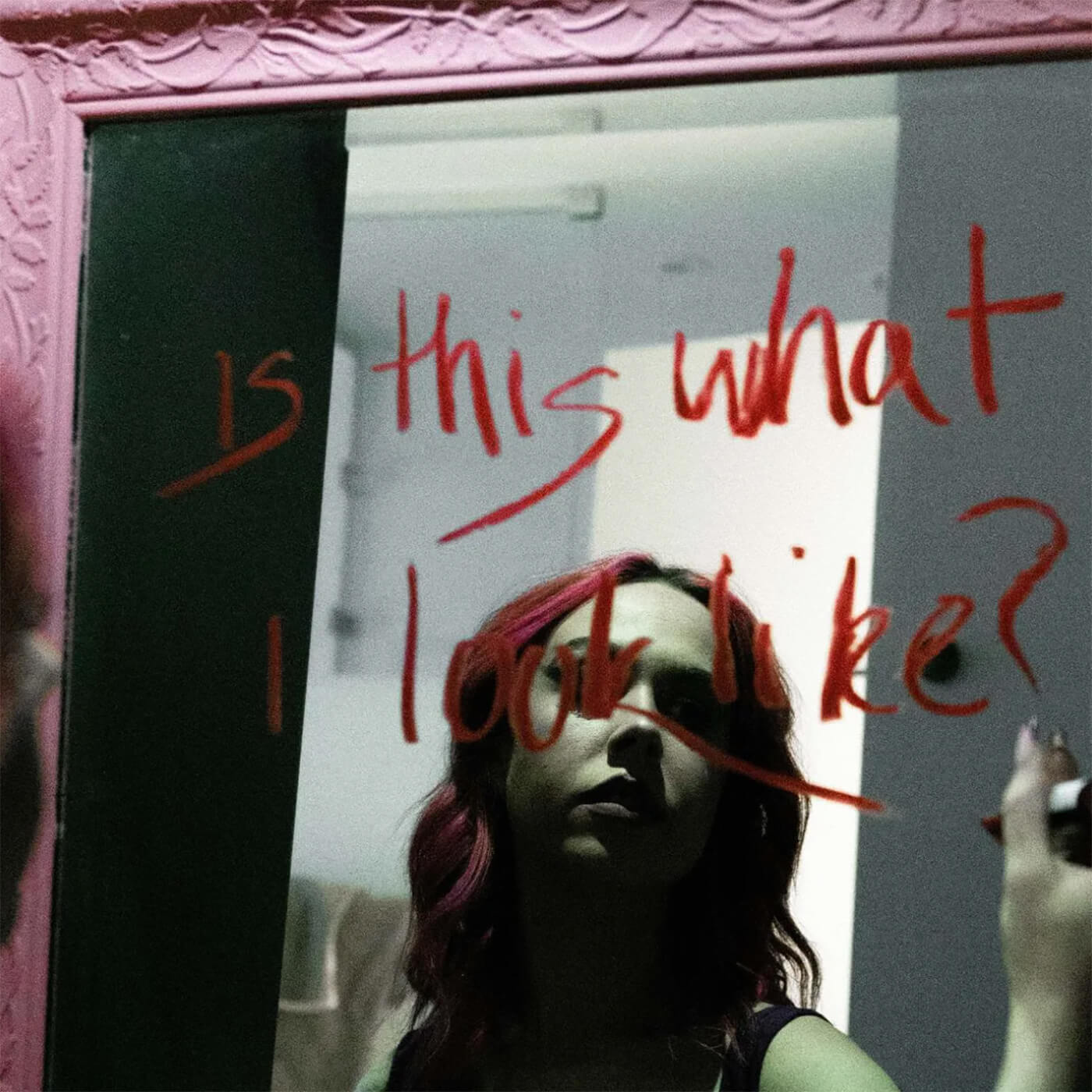 Across the EP, Winder-Haron and Cronin combine three guitars and a wealth of influences. Where Winder-Haron listens to a lot of chill-out music, Cronin loves his big-haired, big-ego throwbacks.

“For a lot of his sparkly, twangly leads, Lachlan used a Tele that Stevie, our producer, had in his studio,” says Winder-Haron. “We all chipped in and got Lachie a Les Paul 2020 Tobaccoburst for his birthday, and we used that for a lot of the tracking for the EP. I’ve got a Fender Mustang that we used here and there. We switched through those three, depending on what we wanted it to sound like. I’ve customised [the Mustang] a bit, so it’s got a humbucker in the bridge, and we liked the sound of that better than the single-coil. It fitted in with all the elements.”

“We were going for that Brit-rock sound,” says Delgado – a sound usually opposed to lead guitarist Cronin’s preference for old-school, 1980s hard rock. “Lachie loves Guns N’ Roses, all those 1980s bands like Poison, and the rest of us are literally like, ‘Turn it off!’ But he has to listen to it. Brad loves really heavy, in-your-face, the heaviest of the heavy.” “He also likes Pink,” adds Winder-Haron.

Readers, relax: there are no Sheeran sounds on is this what I look like?, which is significantly darker and more raging in its choruses and hooks than anything Pink, Sheeran or Poison could conjure up.

This is in no small part thanks to the EP’s guest vocalists: Drew York from New York hardcore band Stray From The Path, and Josh Franceschi from English rockers You Me At Six. Both bring a delicious malevolence to the party, and Delgado is magnetic alongside them.

The singer’s prowess puts her on a pedestal along with fellow Australian pop-punks such as Brisbane’s The Veronicas and Sydney’s Tonight Alive. The latter was a formative act for Delgado. She saw a Tonight Alive show in 2012, when she was 13, and an encounter with front woman Jenna McDougall in the bathroom shaped her future. Delgado said she wanted to be in a band; McDougall told her to go for it.

She did. Too Late For Apologies was followed by another EP, 2019’s Afterglow, and debut album Self Care in 2020. During lockdown, Yours Truly took the time to survey the landscape of a pandemic-ravaged music industry, as well as their own stalled personal and professional lives. Self-care has been elemental these past few years, especially following Delgado’s enforced isolation and job loss. “The day Self Care came out, the day my debut album came out, I was getting interviewed for a job in a jewellery store,” she says. “You never know what life’s going to throw at you.

“It’s hard to pinpoint when it was the lowest because it had its ups and downs,” says Delgado of the long lockdowns. “The thing that burned the most was realising that everything was getting cancelled and we’d done all this touring, and Afterglow did really well for us. All of a sudden, we had all these amazing opportunities and tours with bands we’d never imagined, then it wasn’t happening anymore. That was so hard. I can’t live in the moment, I wish I could but that’s just not me. I’m always thinking about what’s next. I really struggled with that.”

It’s a relatable feeling. Any creative endeavour – especially for young artists – will likely be shrouded in instability. Will this attract an audience? Will it gain enough commercial footing to propel us forward and pay the rent?

“I had this really hard moment of thinking, ‘If life doesn’t go back to normal, I don’t have anything other than this. This is it.’ So much of my self-worth and self-identity is tied to being Mikaila from Yours Truly. That doesn’t sound impressive to most of the world but to me it’s everything.”

“When you can’t do anything, you have relationship problems, friendship problems, and all of that. Everyone is feeling down and you feel helpless. I had this really hard moment of thinking, ‘if life doesn’t go back to normal, I don’t have anything other than this.’ This is it. So much of my self-worth and self-identity is tied to being Mikaila from Yours Truly. That doesn’t sound impressive to most of the population of the world, but to me it’s everything.”
She continues, “We started this band as teenagers, so it was hard for me to remove that side of myself. I’m grateful I went through it, because I can see a side of myself that doesn’t have to do with my job.”

Illuminating the aspects of herself beyond the band is a theme Delgado explores on this EP unflinchingly. As she asks pointedly on the final track Lights On: “Is this what I look like? / What I look like with the lights on? / Am I what you expect?”

Yours Truly, and Delgado herself, have set a high bar with this release, defying expectations of the uninitiated and fans alike. With candid, sometimes brutal, honesty, there’s plenty to relate to across national, gender and culture divides in this exploration of identity crisis. So turn the volume up, and the lights on, and make this album yours, truly.

Yours Truly’s latest EP is this what I look like? is out now.