The Canadian guitar player is best known for his esteemed YouTube channel but, as he reveals below, he’s also an accomplished session musician and something of a Bigsby aficionado. 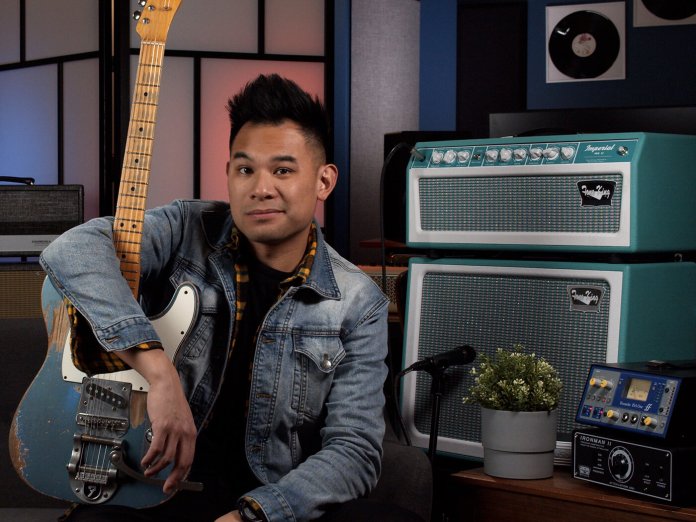 “When I was a kid my aunt made a mixtape that featured, among her choices of mostly slick 90s pop tunes, Peggy Sue by Buddy Holly. That track completely changed my life; all my first solos where Buddy Holly solos and he became such a guitar hero for me that I even ended up naming my daughter Holly.”

“I have an original, blonde 1968 Fender Telecaster with a factory installed Bigsby tailpiece. Every major moment of my music career was achieved with that guitar and we have been through almost everything together.”

“Not a guitar but when I was younger, I traded my entire pedal board (including an original EHX Russian-Era Big Muff Pi) for a Boss ME-8 Digital Multi-Effects pedal… Still wake up with nightmares about that one.” 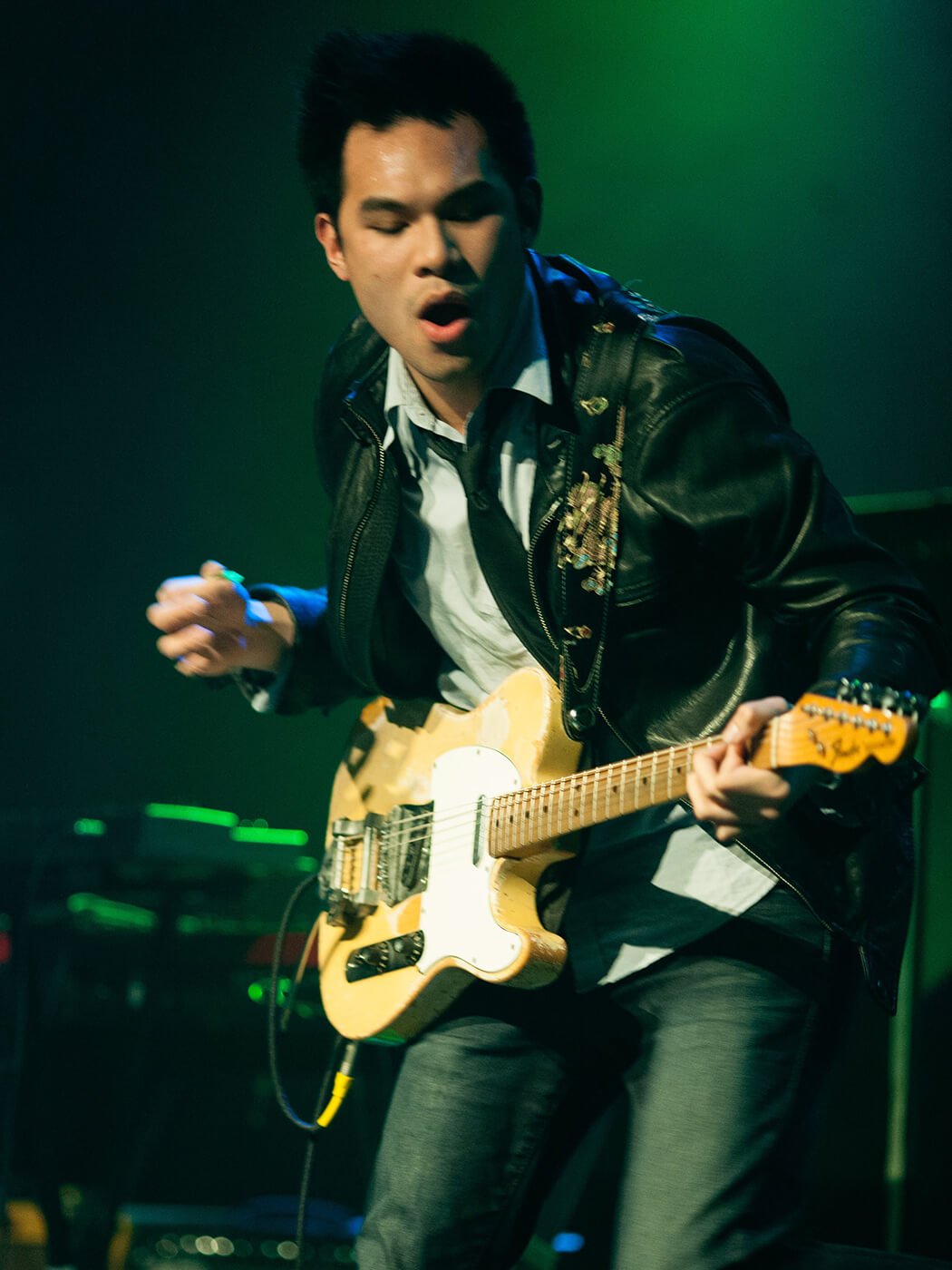 “I have associated myself with Tele-style guitars with Bigsby tremolos, so it would definitely be in that direction. Three mods to make any Bigsby Tele awesome:

“Something in Bm. Is it just me or is that the funkiest of all keys?”

“The best way to break into the music scene is to always show up to other people’s gigs. Successful musicians always support each other, and you will be surprised how quickly you get noticed, make connections, and integrate into the community.”

“I was the guitarist on Sandy Lam’s 2012 world tour, and we filmed the concert movie at the Hong Kong Coliseum. Unfortunately, the stage lights they used made my pickups roar with the nastiest 50 cycle hum I’ve ever heard. It was fine most of the show but there was one tune [Soft hyphen] – the slow soulful ballad – where I had to circle around this huge stage doing these little emotional bluesy licks. I felt like Indiana Jones walking on those stone blocks in The Last Crusade. I had to contort my body in all these awkward ways to avoid hitting a hum hotspot, looking more like a spasming snake than rock star. If you watch the final film, you can even catch a few hum spots in the tune where I overstepped my mark. Oops.” 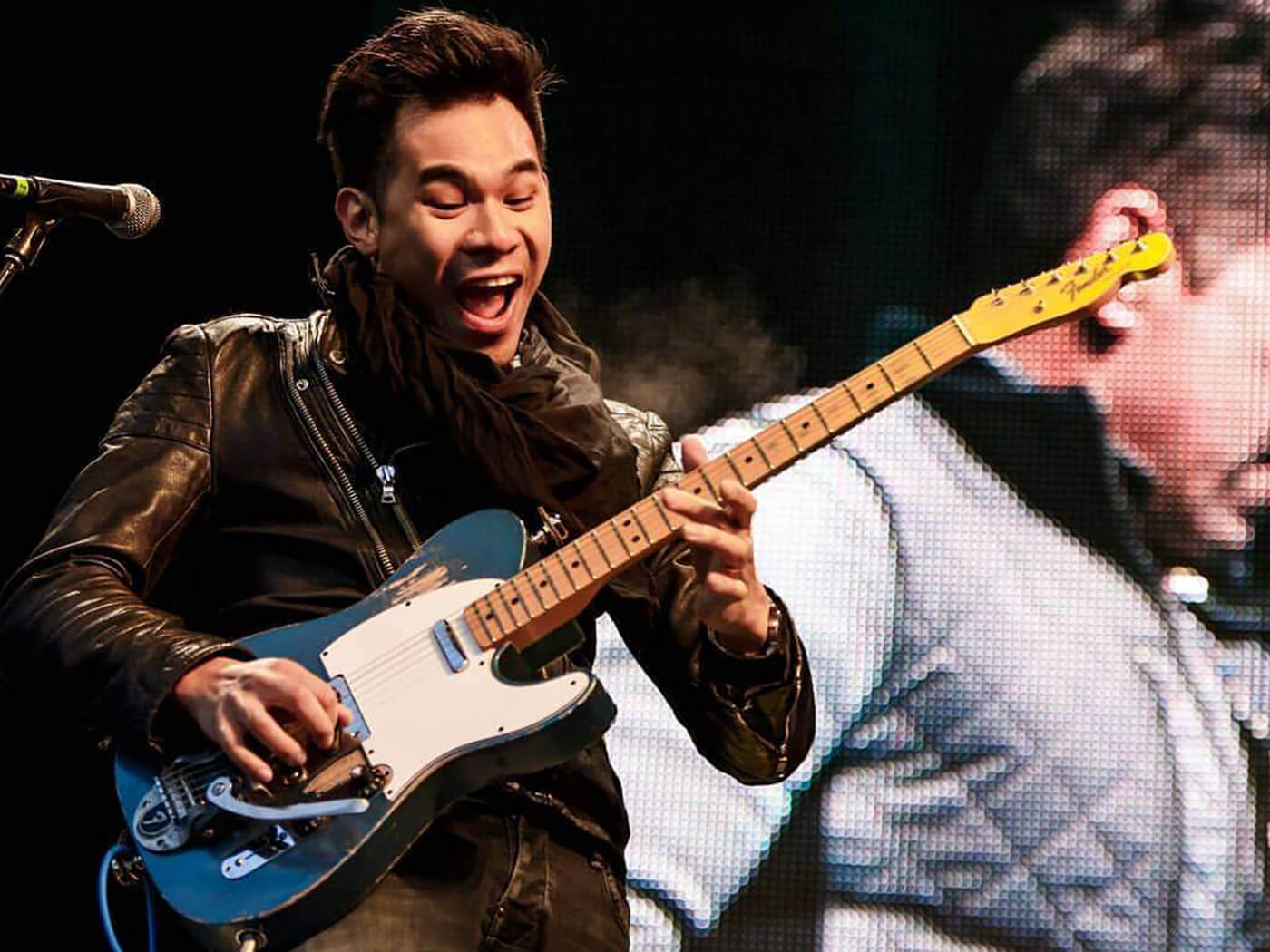 “I always like to hide little bits of obscure pop song riffs into my guitar parts. Sometimes a band member will catch me doing it, leading to that song going down some very entertaining rabbit holes.”

“The Saturday Night Live Band. Any cast, any era.”

“I had the film The Last Waltz on constant rotation back when I was in college. Intimate venue (they even got served thanksgiving dinner), stacked artist roster, and a huge amount of emotional investment from everyone on stage and off; that show is one of the great moments in rock history and a microcosm of everything I love about music.” 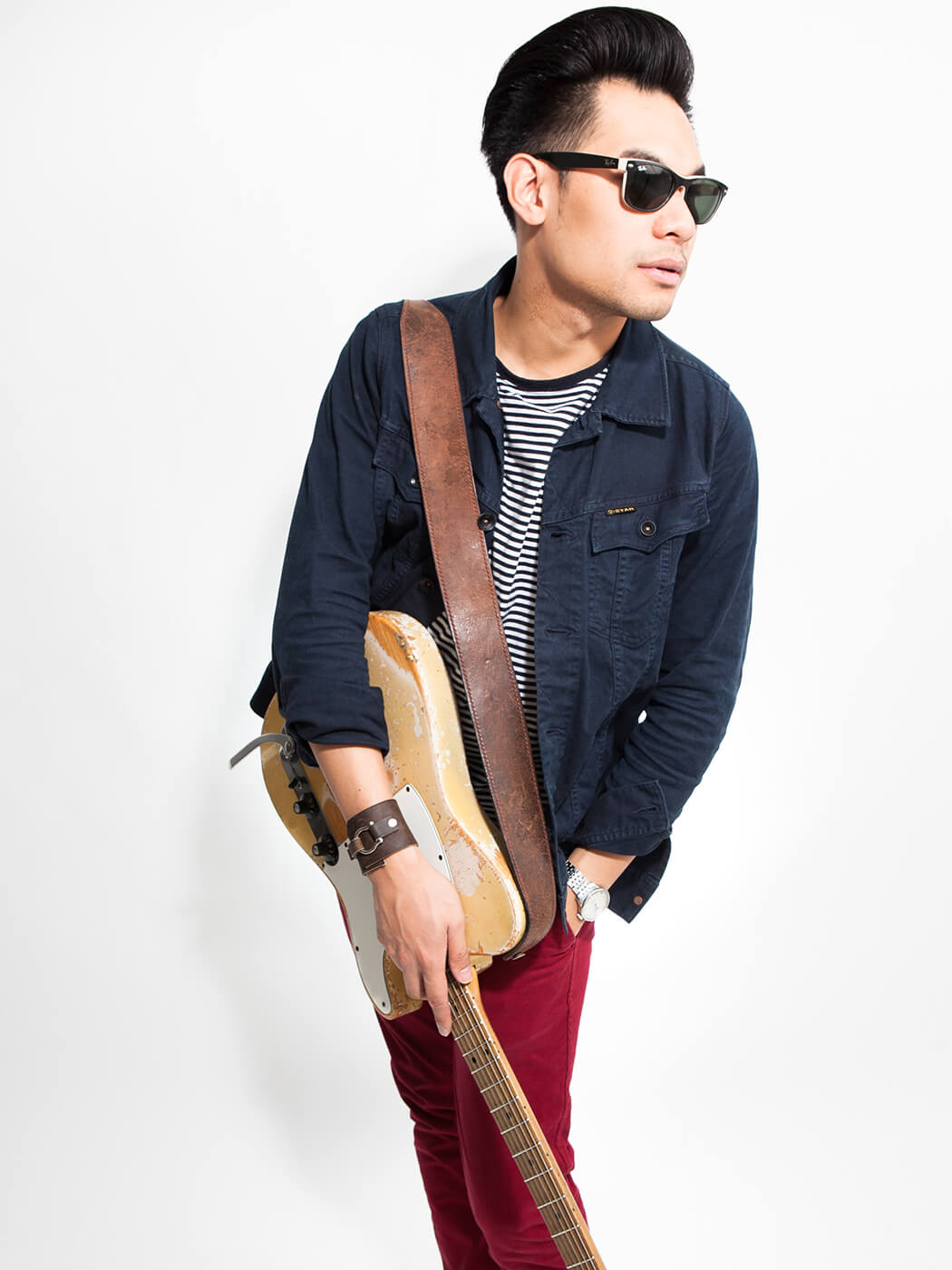 “Have them install one of those virtual golf practicing booths in the green room. If I am not holding a guitar, I am usually holding a golf club.”

“I’ve always wanted to play guitar like Django Reinhardt. He has such a playfully carefree approach, and his feel is absolutely untouchable. Nuages, in particular, always lights me up like an illegal firecracker. Years ago, I bought this big heavy book of Django transcriptions and, when I make it to my golden years, I’m going to buy one of those Selmer Maccaferri style guitars, grow a pencil moustache, and start working my way through that book.”